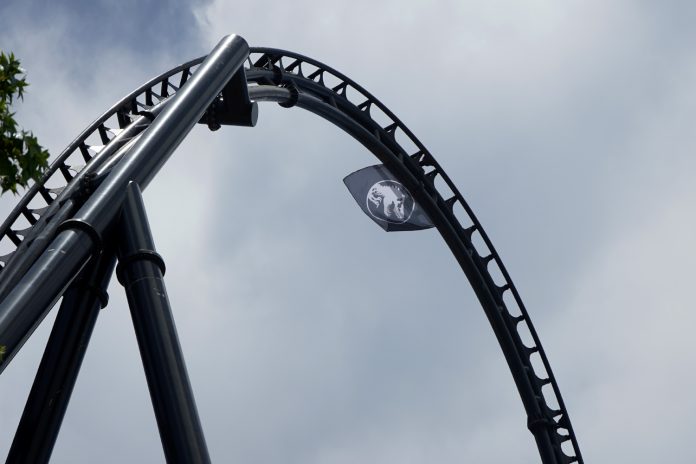 Most of the track circuit is now complete, with just a few pieces remaining to be installed near the loading platform. While Universal hasn’t announced the project, it is believed to be based on the Velociraptor, with heavy ties to the Jurassic World franchise. Based on the coaster track that has been installed, we can expect a lot of inversions and air time – and will definitely be a very thrilling addition to the Islands of Adventure lineup. 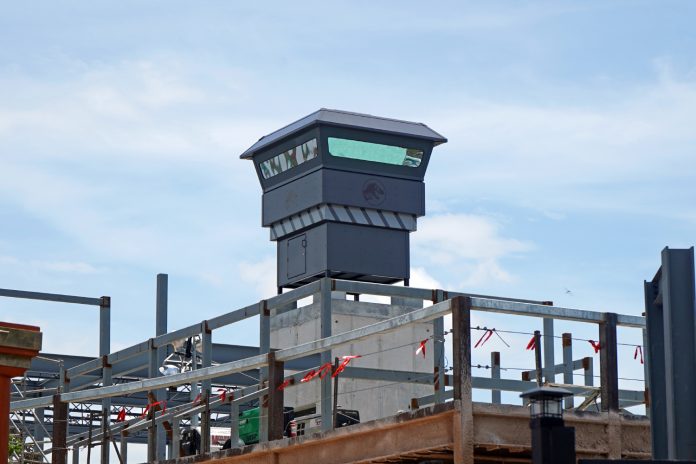 Once the track is finished, work will move on to themeing the surrounding area, including rockwork. Recently, a watchtower thematic prop was added in between all the twisting steel.

Stay tuned to Inside Universal for all the latest on the Jurassic Park coaster and the rest of Universal Parks & Resorts.