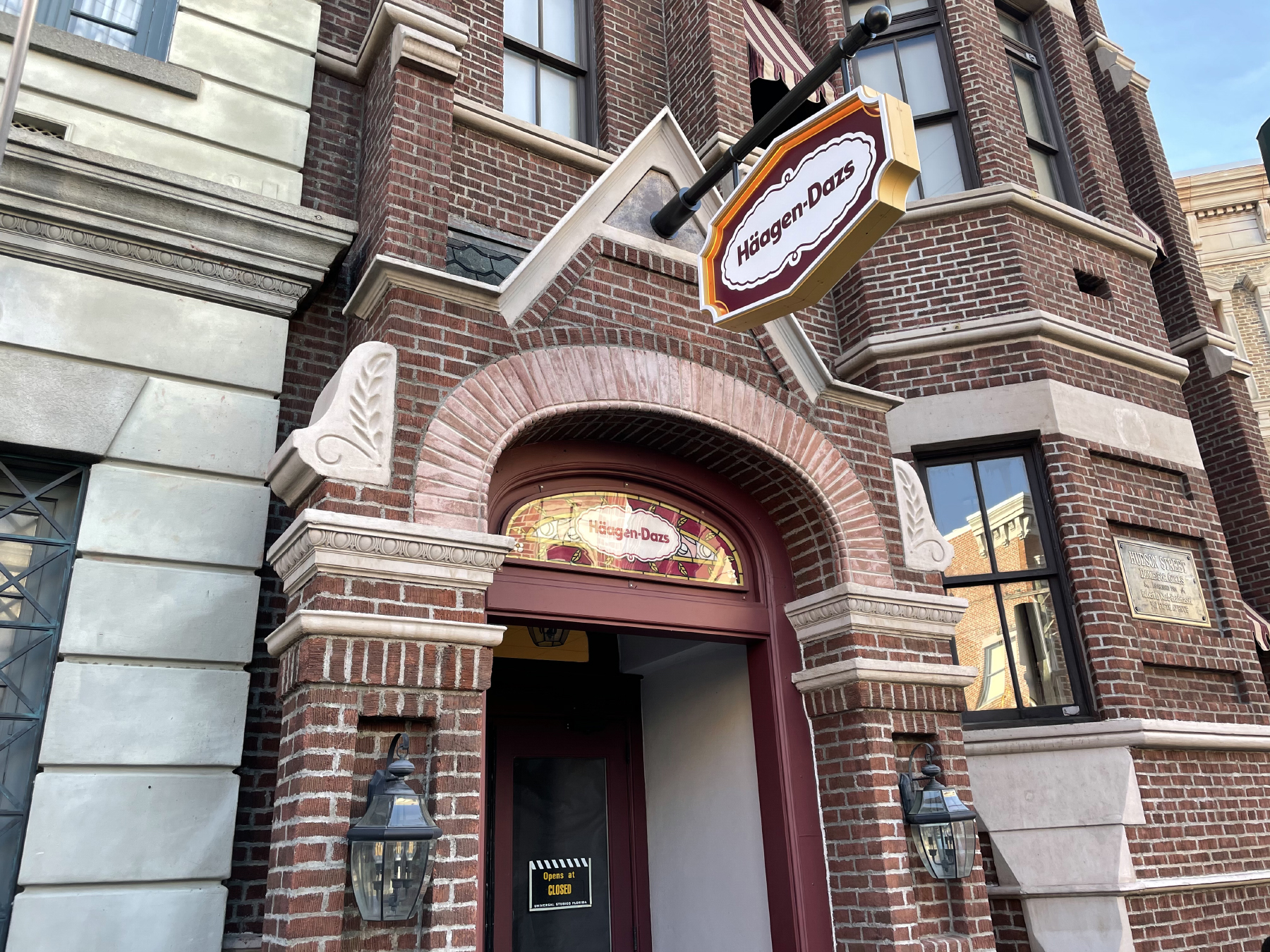 New signage has appeared in the location, including a new stained glass Häagen-Dazs sign. No opening timeframe has been given, but it looks ready to open soon. 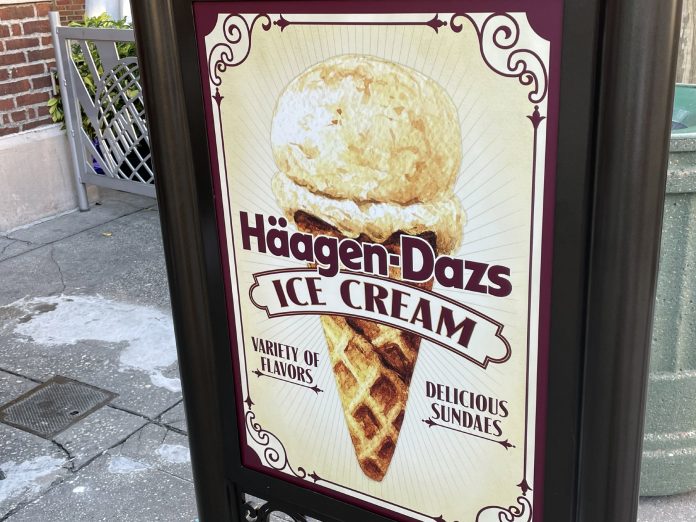 The change comes as Häagen-Dazs will be replacing Ben & Jerry’s as an official ice cream vendor for Universal Orlando. Last year, Schwab’s Pharmacy, also located in Universal Studios Florida, made the switch to Häagen-Dazs as well.

This marks the 2nd ice cream vendor change this year, as Dippin’ Dots are no longer served at Universal.