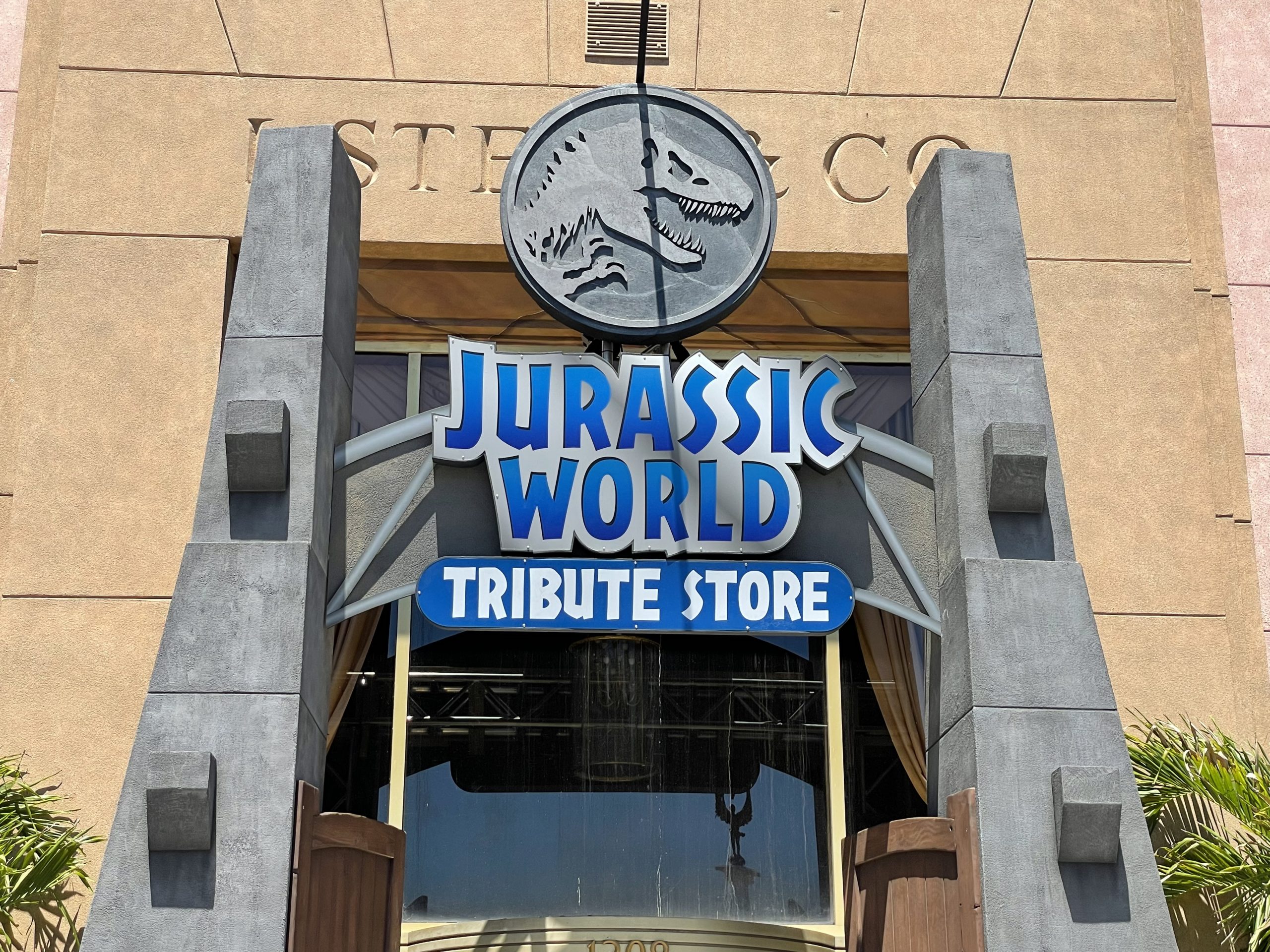 Universal Studios Florida will be opening a Jurassic World Tribute Store for the Summer to honor the opening of their newest attraction, the Jurassic World VelociCoaster – which opens June 10 at Islands of Adventure. 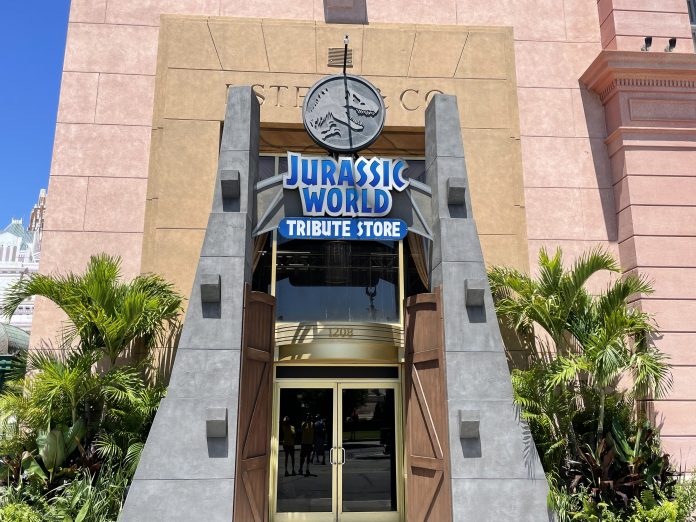 The Tribute Store is a highly-themed store experience that offers merchandise and food centered around the ongoing event – in this case, a brand-new attraction’s opening. It originally became popular during Halloween Horror Nights, but has now appeared  in recent years at other themed events, including the Holidays and, most recently, Mardi Gras.

The classic Jurassic arch will serve as the entrance facade for this season’s store.

As of now, Universal hasn’t announced any specific details – but we’re sure that the store will include much of the new merchandise recently released for the VelociCoaster (Here’s hoping for some more Mr. DNA apparel).

Stay tuned to Inside Universal for all the latest news around the Universal Parks & Resorts.

Summer Tribute Store opens at Universal Studios Florida; featuring Jaws, E.T., and Back to the Future