Universal Orlando has opened an all-new, limited-time Tribute Store – Universal Monsters: A Tribute to the Creatures of the Night – replacing Sahara Traders, the gift shop at the exit of Revenge of the Mummy.

The change is temporary while Revenge of the Mummy undergoes its lengthy refurbishment.

The store features environments inspired by Dracula, Wolfman, Mummy, Phantom of the Opera, Frankenstein’s Monster, and The Bride of Frankenstein. Guests can check out a variety of Universal Monsters-dedicated merchandise, pose with life-sized photo ops, and even “monster-ize” themselves as caricature artists “stitch” them together with the likeness of their favorite creature. 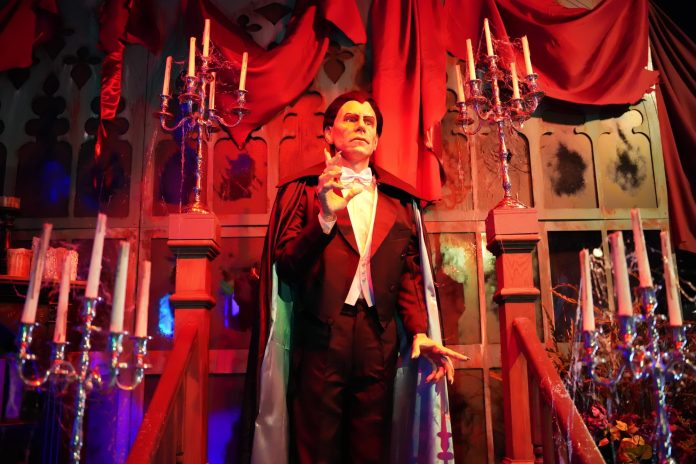 Universal Monsters: A Tribute to the Creatures of the Night is open daily. It is expected that Sahara Traders will be back with a makeover once Revenge of the Mummy is ready to open.