Universal Orlando has announced the final details for this year’s Halloween Horror Nights 31, revealing all the houses, zones, and shows guests can experience at the event, taking place on select nights from Sept 2 thru October 31, 2022.

In addition to the 4 previously announced houses of Universal Monsters: Legends Collide, Halloween, Horrors of Blumhouse, and The Weeknd: After Hours Nightmare – this year’s event will feature 6 original houses: 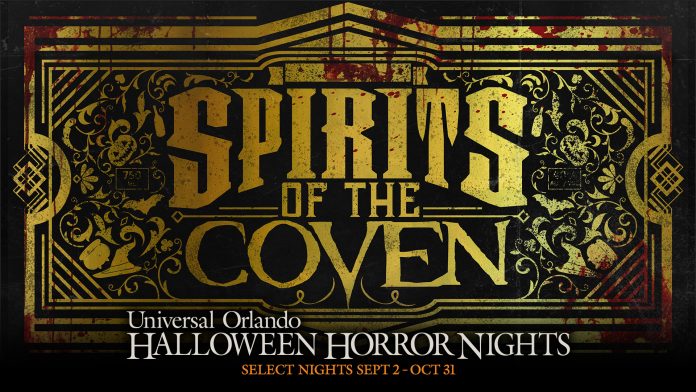 Spirits of the Coven
Guests will be invited to a lively 1920s speakeasy, but something sinister is brewing beneath in “Spirits of the Coven.” A coven of seemingly beautiful flapper witches will lure those who enter into a hidden brewing area. Once they’ve ensnared their victims, they’ll reveal their haggish true form and turn guests into a witch’s brew. They’ll be cackling; everyone else will be screaming. 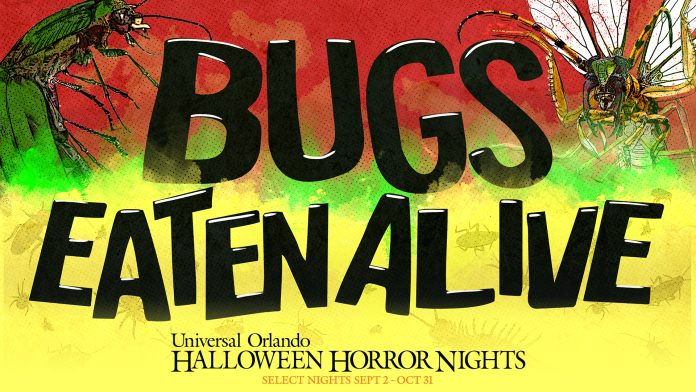 Bugs: Eaten Alive
While touring a 1950s home of the future, guests will be swarmed by hordes of revolting insects after a pest control system failure unleashes them. Many-legged horrors, growing, mutating and laying eggs in human hosts will worm their way into the deepest of fears. Those who dare enter will be dropping like flies in “Bugs: Eaten Alive.” 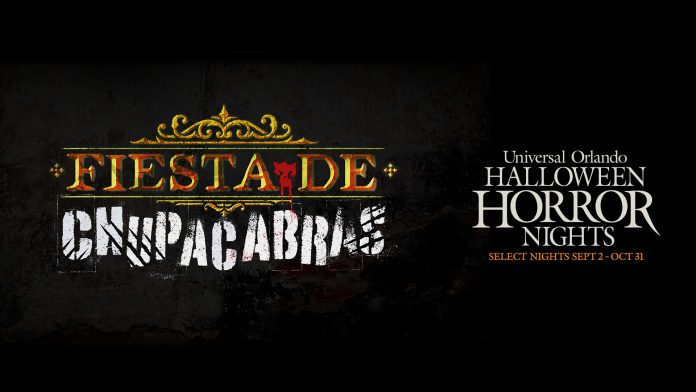 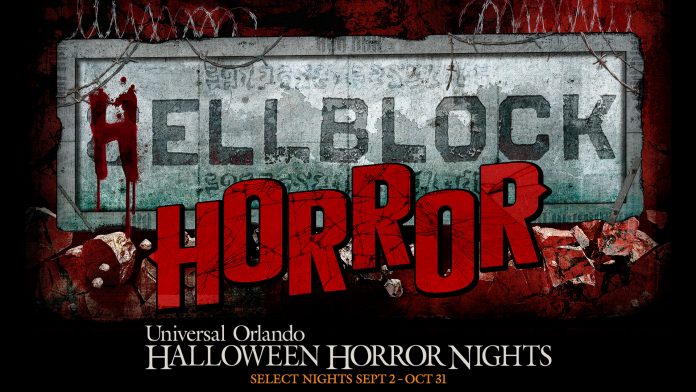 Hellblock Horror
They too do time for their crimes. In “Hellblock Horror,” guests will have to survive visiting hours in a secret penitentiary that houses treacherous monsters and fiends of all kinds that are hell bent on taking over and destroying the world. The interdimensional power core containing the inmates has failed and the monsters are breaking out of their cells, allowing them easy access to guests, and the exit. 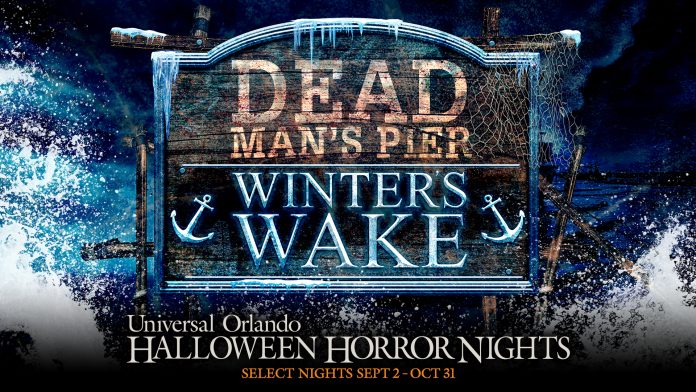 Dead Man’s Pier: Winter’s Wake
There’s nothing charming about this ghostly New England fishing village. A phantom sea captain is summoning undead fishermen from their watery grave, a grisly crew with rotting, barnacle-encrusted bodies. Guests may have escaped their hooks in the “Dead Man’s Wharf” scare zone in 2016 – now they’d better batten down the hatches before they’re reeled in and drug under in “Dead Man’s Pier: Winter’s Wake.” 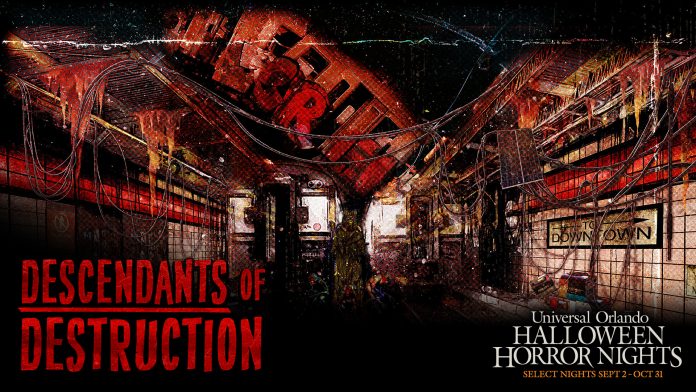 Descendants of Destruction
Deep in the subway tunnels below an abandoned, toxic city, mutated humans fight for survival in “Descendants of Destruction.” The deeper one goes, the darker their fate. In the fading light of the poisoned depths, hideous creatures who’ve long ago left their humanity behind prey on all who try to make their way through the darkness. 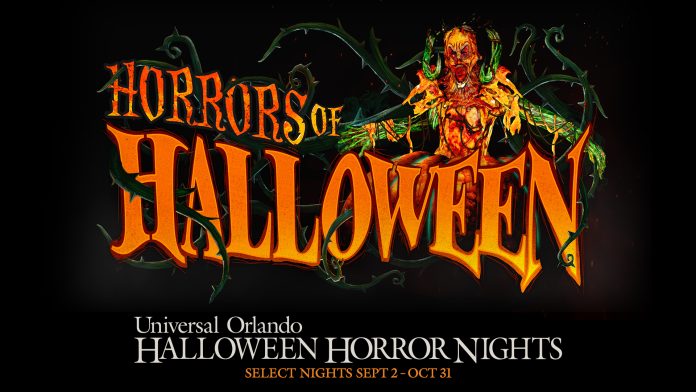 Horrors of Halloween
The Pumpkin Lord, the spirit of Halloween, has returned to take over this year’s event, summoning hordes of fiendish creatures including demons, ghosts and witches. Terror has taken root. 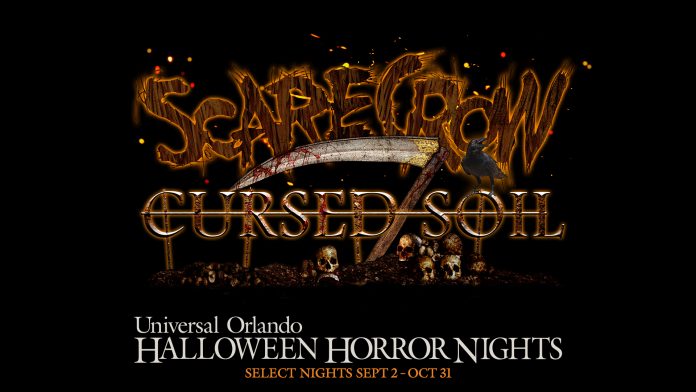 Scarecrow: Cursed Soil
At an abandoned farm, scarecrow sentinels have risen from the crust of the earth to hunt souls and seek revenge. They’ll harvest the screams of those who dare enter this dilapidated barn. 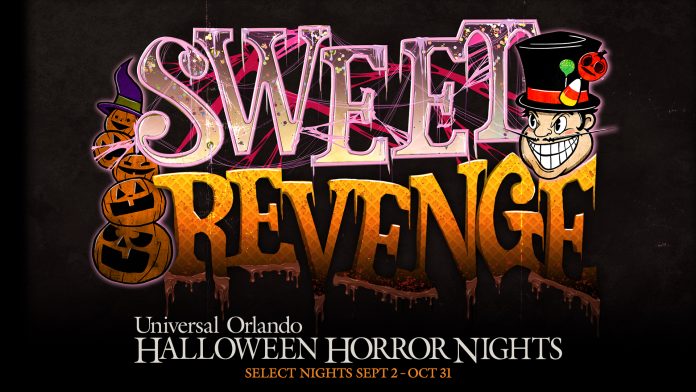 Sweet Revenge
The sweets from Major Sweets’ candy company have turned these 1950s kids into crazed killers. With pint-sized costumed maniacs roaming the streets, Halloween will be a night of trick-or-treat mayhem. 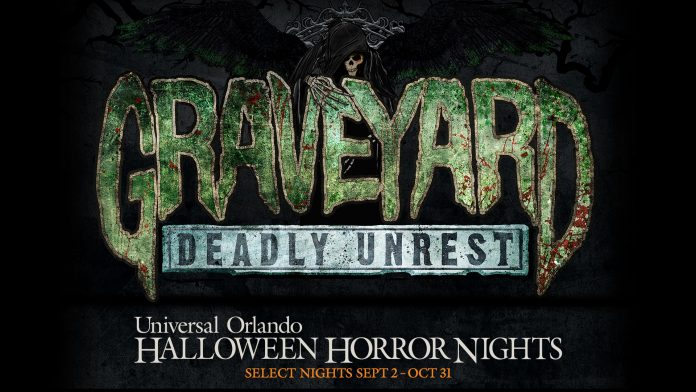 Graveyard: Deadly Unrest
On All Hallow’s Eve, a dark storm descends upon a cemetery and awakens long-dead spirits. These specters rise from their graves to capture souls for all eternity. No one living can escape them. 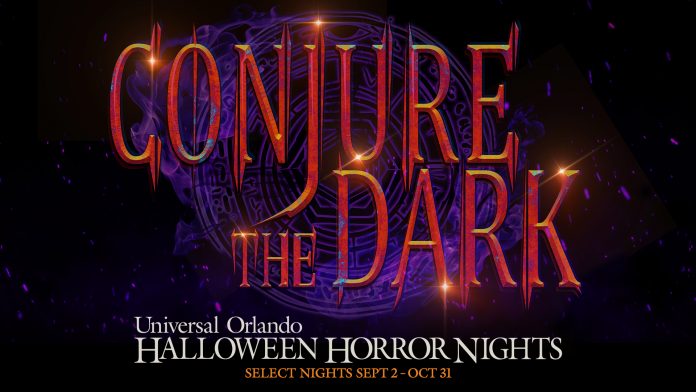 Conjure the Dark
An evil sorceress has entered twisted stone ruins and called forth monstrosities from dark dimensions. This Halloween, blood will feed her army of the night. 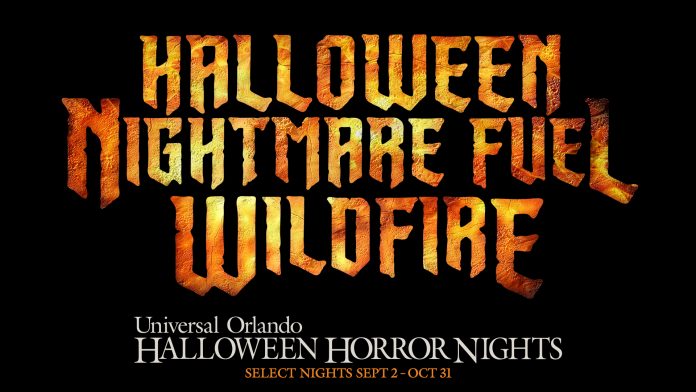 Halloween Nightmare Fuel Wildfire
The show that sparked a firestorm last year is ablaze with a new nightmare. Guests can get fired up to the beat of metal, rock and electronica as pyro and aerial performers return to reignite fears. 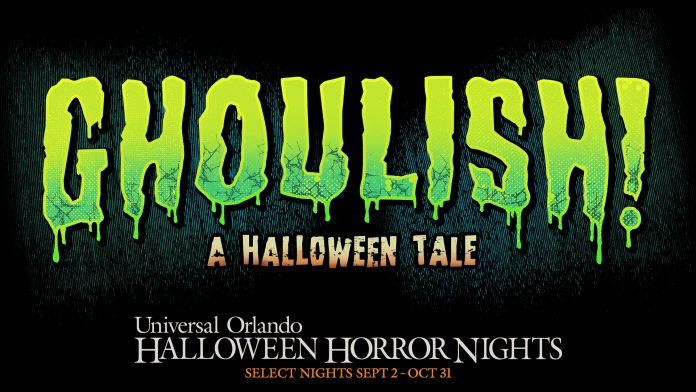 THE HALLOWEEN HORROR NIGHTS TRIBUTE STORE
For the first time ever, the scares taking root in the streets of Universal Studios Florida will bleed into the theme of the Halloween Horror Nights Tribute Store with a collection of incredibly detailed environments inspired by the iconic Halloween haunts featured throughout the event. Guests will shop the latest Halloween Horror Nights merchandise and treats as they venture through a Pumpkin Patch, Cemetery and Witch’s Cottage – eventually making their way to the final room – an elaborate Halloween festival set in the same town as the store’s neighboring scare zone, “Sweet Revenge.”

LIMITED-TIME HALLOWEEN EXPERIENCES AT UNIVERSAL ORLANDO’S HOTELS
Guests can maximize the fear by staying near the screams at one of Universal Orlando’s hotels, where they can enjoy exclusive benefits like access to a dedicated entry gate for the event (with valid event admission) and complimentary transportation to the theme parks and Universal CityWalk. Hotel guests also get exclusive access to limited-time Halloween Horror Nights experiences taking place at select Universal hotels, including “Universal Monsters Gallery of Legends” at Universal’s Cabana Bay Beach Resort – featuring a collection of immersive photo opportunities inspired by the terrifying trio of Universal’s classic Monsters that guests will face at the event – The Mummy, The Wolf Man and Dracula. Guests can take advantage of scary good rates on hotels and vacation packages to enjoy Halloween Horror Nights and the limited-time Halloween experiences at Universal’s hotels – click here to book a stay.