After a weird few years, 2022 started to resemble something normal. Universal Orlando’s eyesight shifted more toward getting the Resort ready for Epic Universe’s opening in a couple of years.

While the park’s changes weren’t as be as big as last year’s VelociCoaster, there were a lot of newsworthy announcements that made for an eventful 2022; so much so that some notable happenings – such as Vegan Butterbeer, the Prop Shop’s Closure, and the CityWalk 18+ curfew – didn’t make the list.

So let’s take a look at the Top 10 Stories from Universal Orlando during 2022. 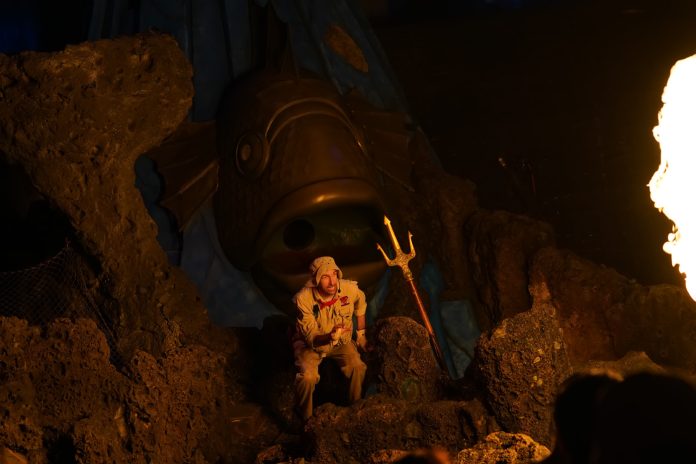 Poseidon’s Fury closed in August 2020 due to slower attendance during the early days of the pandemic. While other attractions eventually re-opened, Poseidon’s Fury remained closed, leaving fans to speculate that we may have seen the last of Lord Darkennon.

After nearly 2 years of closure, the temple was unsealed again as Poseidon’s Fury re-opened at Universal’s Islands of Adventure.

On top of that, Universal invested a decent budget into a massive refurbishment of the attraction, most notably repainting the entire facade.

As far as the show itself, it looks and sounds as good as ever, with the visuals looking sharp and the special effects working as intended.

Welcome back, Lord Darkennon, mighty is he. 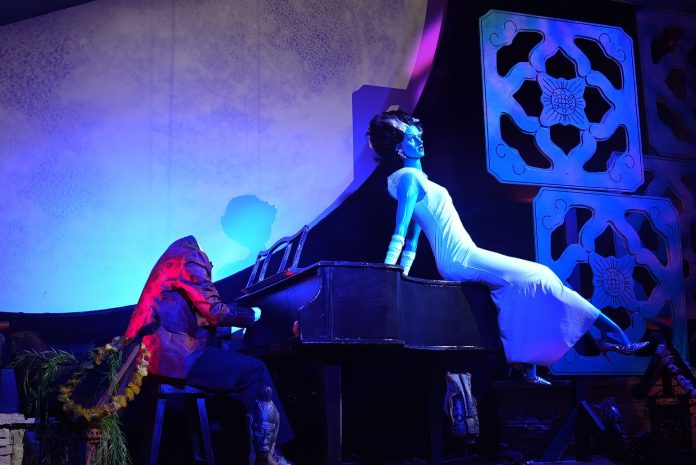 CityWalk has seen some major changes in the past decade, but one building that seemed to survive all the turmoil was the Red Coconut Club.

Solely used for buyouts and special events, it seemed it was only a matter of time before Universal would do something with the Red Coconut Club.

Well, they did, to much success.

Fans loved the lounge so much, that once Halloween Horror Nights ended, the spot became the Green & Red Coconut Club – celebrating all the vintage kitschy aspects of Christmas.

I think it’s time Universal invested in a permanent tiki bar somewhere on the property. 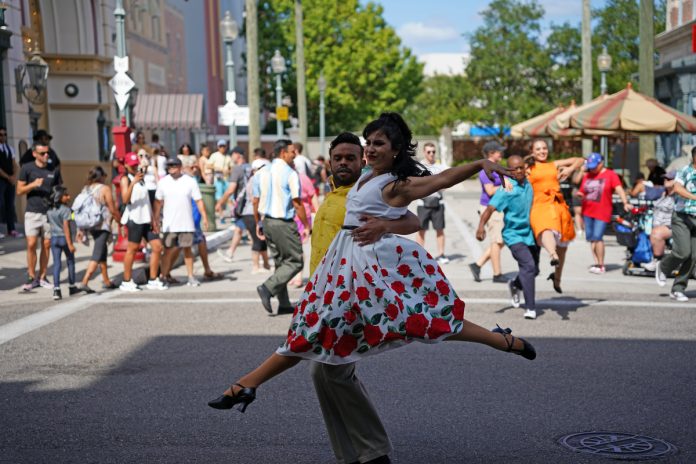 The show features a mix of choreographed numbers and audience participation. Some of the artists featured during the performance include Jennifer Lopez, Enrique Iglesias, and Marc Anthony.

Sometimes, it’s the little additions that really make the biggest impacts, especially as it rounds out the park’s show offerings with Latin and LGBTQ+ representation. 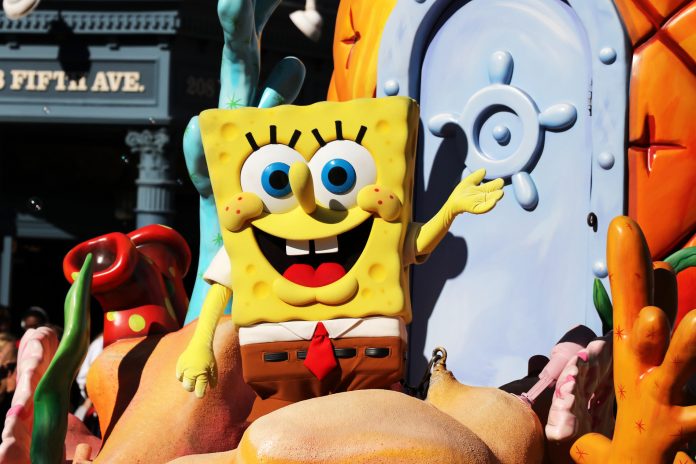 After a decade of performances, Universal’s Superstar Parade ended its run on June 4.

Debuting in 2012, the parade featured characters from Despicable Me, Nickelodeon’s Dora & Diego and SpongeBob SquarePants, and The Secret Life of Pets.

Universal stated its closure would make way for “new entertainment experiences” but we haven’t heard what those experiences are yet.

The good news is you can still meet many of the characters from the parade around the park. 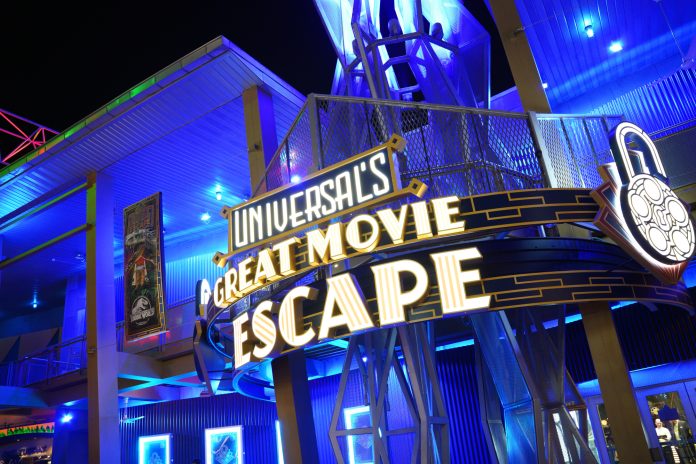 Universal’s Great Movie Escape is Universal’s attempt at the Escape Room craze; featuring 2 cinematic escape adventures inspired by Jurassic World and Back to the Future.

Each experience features eight immersive environments that feature state-of-the-art challenges, detailed sets, and storylines that “allow guests to step into blockbuster films like never before.”

So far, the new experience seems to be well-liked but does have flaws. As we’re still in the initial opening month, growing pains are to be expected. Hopefully, Universal can work out the kinks to make a unique, flawless experience for sleuths. 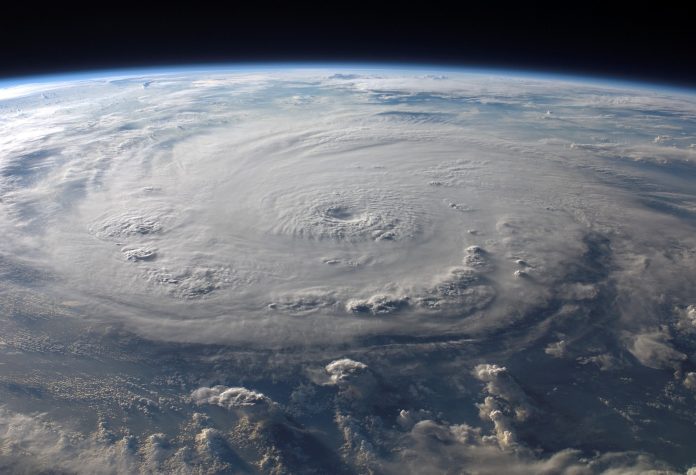 Orlando is no stranger to Hurricanes, but getting hit by 2 within a 45-day time period is a rare occurrence.

In September, Hurricane Ian formed in the Atlantic. Threatening Florida as a major Category 4 storm, Universal Orlando was forced to close the parks for a few days, along with canceling a few nights of Halloween Horror Nights.

Ian left most of Florida devastated, with damaging winds and record-setting flooding. Photos circulated around social media of the impacts around Universal Orlando, including damage to the side of the Jurassic Park River Adventure and the flooded water taxi waterways.

Ghoulish, the Horror Nights nighttime fountain show, never returned, and it’s been speculated that Dudley Do-Right’s refurbishment was moved earlier due to damage sustained by Ian.

In November, Universal Orlando was forced to close again due to Hurricane Nicole. Thankfully, Nicole’s impact on Orlando was minimal and the city was back to normal operations within the day. 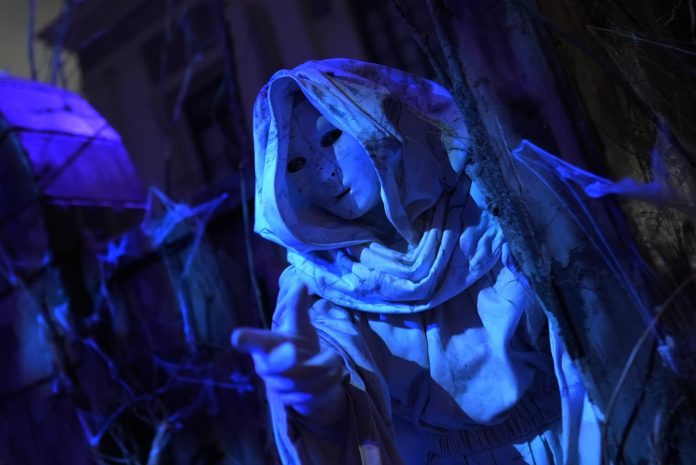 Halloween Horror Nights will always make our Top 10 list. We love the event too damn much, but its placement will always vary depending on its impact.

This year featured arguably their biggest IP to date, with The Weeknd: After Hours Nightmare being the headliner for Halloween Horror Nights 31; and with that came long lines.

The event celebrated Halloween and featured highlights such as Universal Monsters: Legends Collide, the beautiful sorrow of Dead Man’s Pier: Winter’s Wake, and the opening of the Dead Coconut Club.

The scarezones also seemed to resonate with fans, claiming they were the best in years. 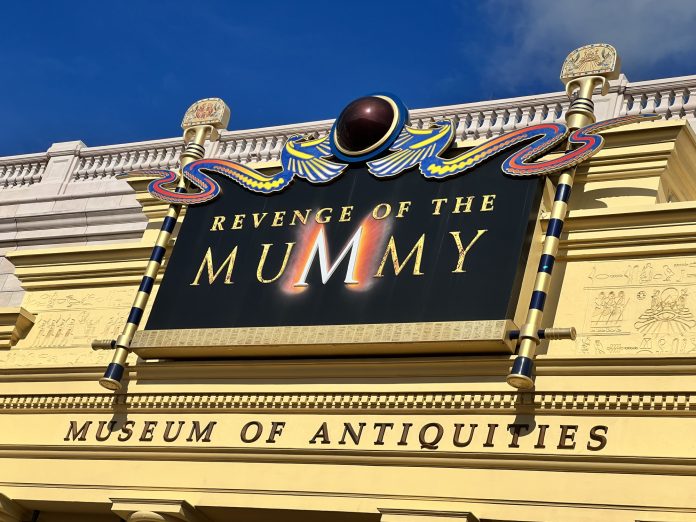 3. Revenge of the Mummy’s Refurbishment

When a major attraction goes down, its impact is definitely felt throughout the park. One could argue that Revenge of the Mummy is the marquee attraction at Universal Studios Florida. Closing in January for “extended refurbishment”, wait times at other attractions inflated as Mummy wasn’t there for the busy Spring Break and Summer season to eat up crowds.

We also did get the limited-time, awesome Tribute Store – Universal Monsters: A Tribute to the Creatures of the Night – replacing Sahara Traders during its closure.

Revenge of the Mummy eventually reopened in August, however, its been under a technical rehearsal since then as the ride has been experiencing operational hiccups. 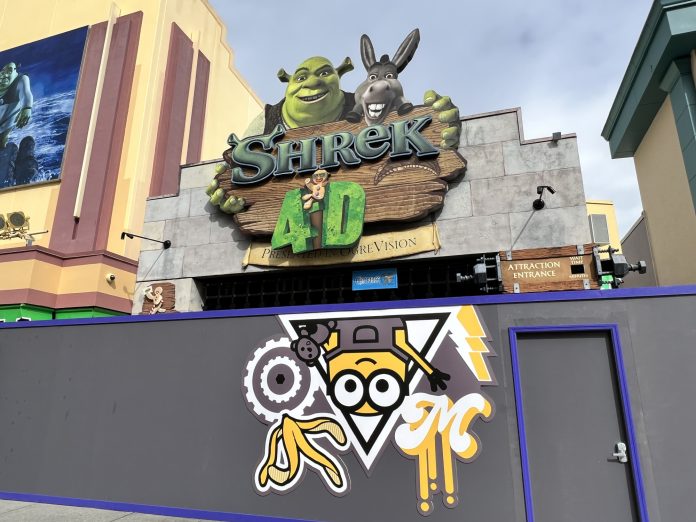 One of the first events of 2022 was the closure of Shrek 4-D in January. Fans gathered for the last showing to pay tribute to Shrek and friends. Guests of the last show were also able to keep the Ogrevision glasses as a memento.

Thought fans were prepared for Shrek 4-D’s closure, as it was announced in late 2021; but the closure of Monsters Cafe blindsided fans in May, as they never got to have a proper send-off.

But we knew one thing was clear, we were getting Minions – and in December, we finally got confirmation as Universal announced Illumination’s Villain-Con Minion Blast, will open in Universal Studios Florida in Summer 2023.

In addition, Villain-Con Minion Blast will open within the new Minion Land on Illumination Ave. The new area will also feature the popular Despicable Me Minion Mayhem attraction, a new Minion Café, and other surprises inspired by popular characters from Illumination’s blockbuster franchises.

Meanwhile, Shrek, Donkey, and Fiona found a new home in KidZone until… 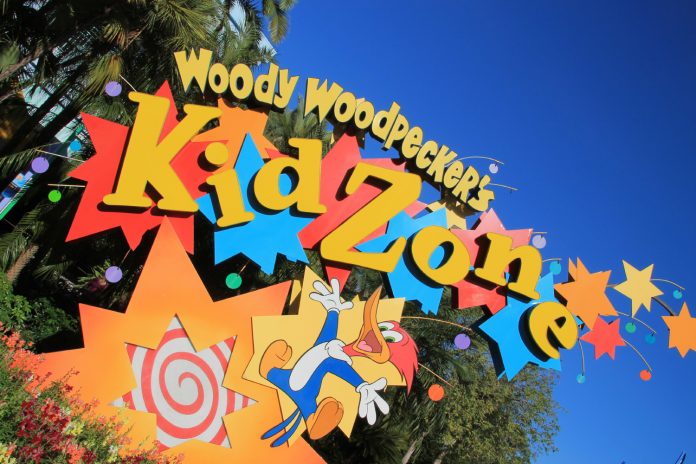 The sun is finally setting on one of Universal’s oldest areas.

Marked for a replacement several times, including almost becoming home for Super Nintendo World, Universal announced they will begin the process of converting KidZone into… something else…in Jan 2023.

Universal hasn’t outright stated what the replacement will be other than the new area will “immerse guests in the adventures of beloved animated adventures”, which could mean an entire DreamWorks land – but that’s just speculation on our part.

DreamWorks Destination, Woody Woodpecker’s Nuthouse Coaster, Fievel’s Playground, Curious George Goes to Town, and the new Shrek Meet & Greet are all set to close on Jan 15, 2023.  Get ready to say your goodbyes!