Last week, Inside Universal was invited out by Universal Studios Hollywood to get a behind-the-scenes early peek at some of the haunted houses that will be featured at this year’s Halloween Horror Nights.

In the second part of our two-part behind-the-scenes preview, we will take a look at Universal Monsters: Legends Collide. You can check out Part 1, where we cover The Horrors of Blumhouse, featuring the films, Freaky and The Black Phone.

Be warned! There will be minor spoilers ahead.

This is the 4th year in a row John Murdy, Hollywood’s Halloween Horror Nights Creative Director, has taken on the task of bringing the Monsters to life at the event.

In this version, Dracula, Wolfman, and The Mummy will come together as Universal transports guests to the 19th century with the trio of monsters seeking one thing: The Amulet of Ra. GRAMMY Award-winning musician, SLASH, returns to collaborate with Universal Studios Hollywood with an original composition for their haunted house. 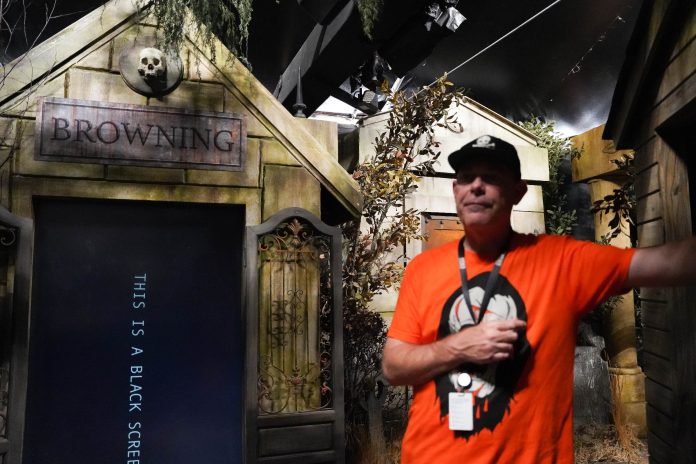 At the start of our tour, Murdy welcomes us to the facade of the house, which is inspired by a real-life building along the London waterfront & docks. “In that era, particular the Thames, was like Amazon”, Murdy joked. In this case, we enter into the Alucard Trading Co. aka Dracula’s shipping warehouse. The choice of London was inspired by the classic films, particularly 1931’s Dracula and 1932’s The Mummy, where London plays a role in the happenings of both monsters.

So how do you bring 3 monsters together for this story?

“The common thread was curses,” says Murdy. “So they’re all searching for some way to end this curse,” which has them all looking for the amulet of Amun-Ra. 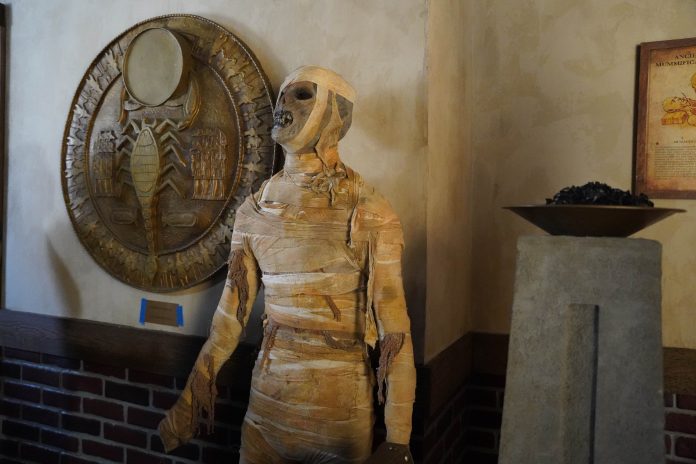 Though the stars are Mummy, The Wolfman, and Dracula, you can expect to see other Monster cameos throughout the house.

The house is a collaboration between both Hollywood and Orlando, though both are very different.  The goal was to create a 2-part story where they also stand alone. “But if anybody wants to go from Orlando to Hollywood or vice versa, they can kind of see two totally different stories, but the same characters in the same overall arching plot” says Murdy.

Whereas Orlando has a different winner at the end depending on your run, Hollywood’s version has a more definite, clear ending. 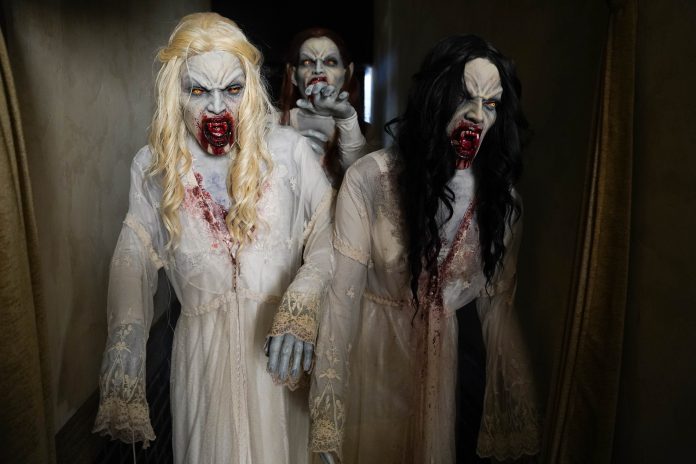 One thing that stood out was how impressive the sets were in the house. From the warehouse, to a cemetery, to the museum – it’s all full of rich details. It also is full of references and Easter Eggs from the Classic Monster films.