January 6, 2013 – Hey everyone! We’re back with an update from this year’s CityWalk Rocks New Year’s Eve event for 2013. As many of you probably know, we were already at the park for the closing of Terminator 2:3D, and given that CityWalk was just a few steps away – we all thought ‘why not?’

So here it is: a short photo update of our night at CityWalk. Let’s get started.

CityWalk Rocks New Year’s Eve has a fireworks display which can be viewed from three viewing locations, live bands on two stages, and eight clubs and restaurants. Parking and admission costs $45 per car, with shuttle and drop-off admission costing $15 per person. Admission is free if you happen to be at the theme park and stay throughout the night. 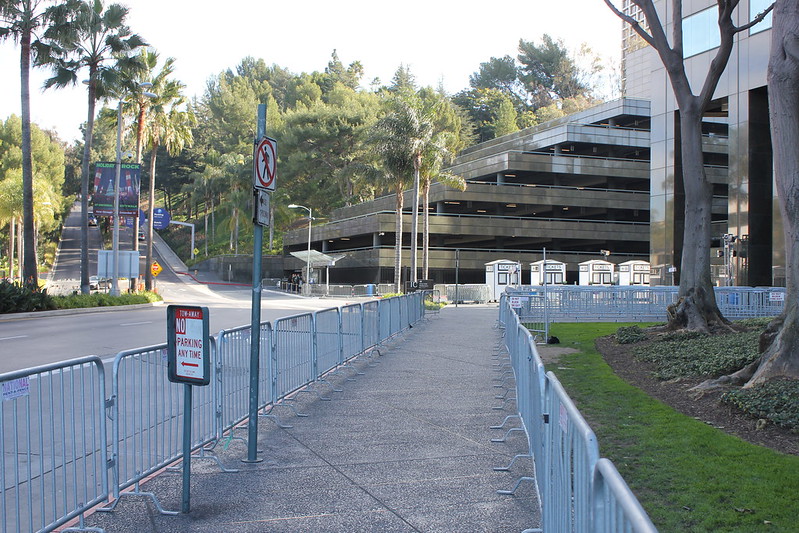 Let’s first start with the base of the hill. If you’re coming from the Metro or choose to be dropped off, this is where you’ll pay your $15 dollar admission. 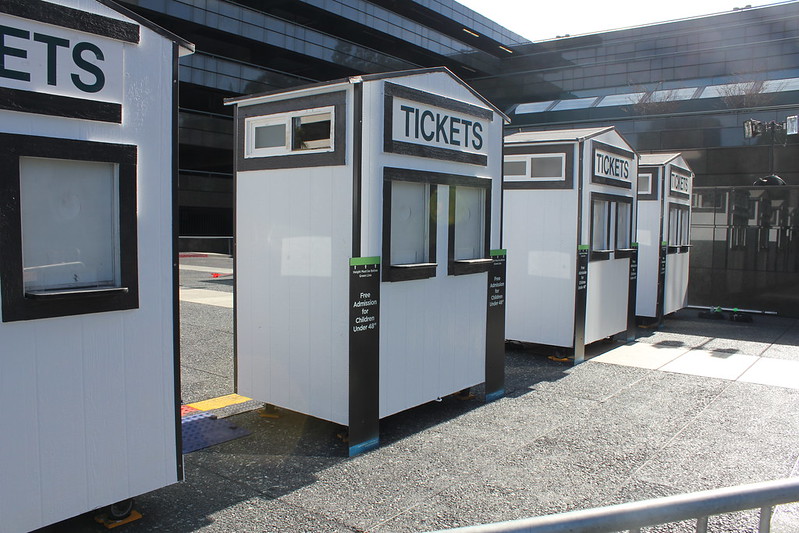 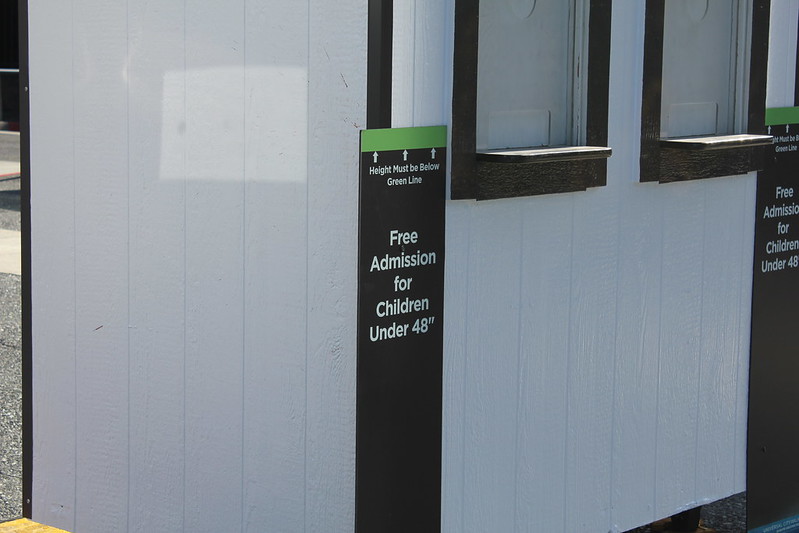 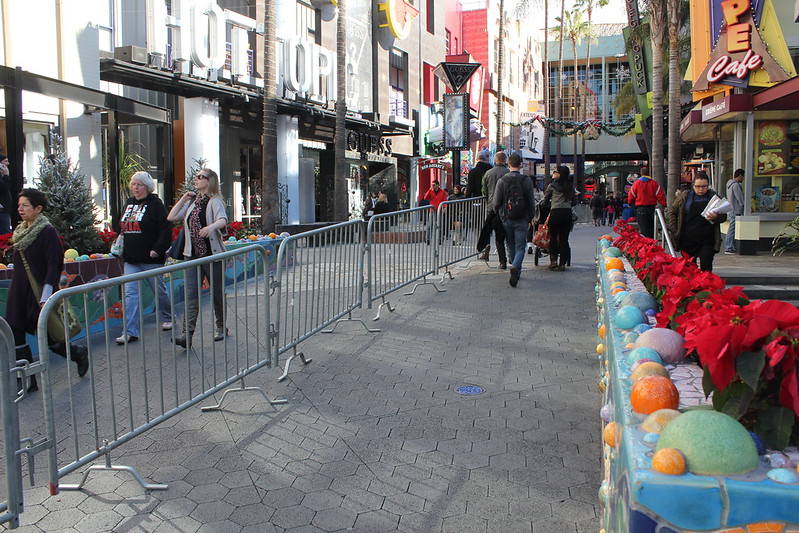 In an effort to control crowds, they’ve fenced off and created a two-way lane in the heart of CityWalk. 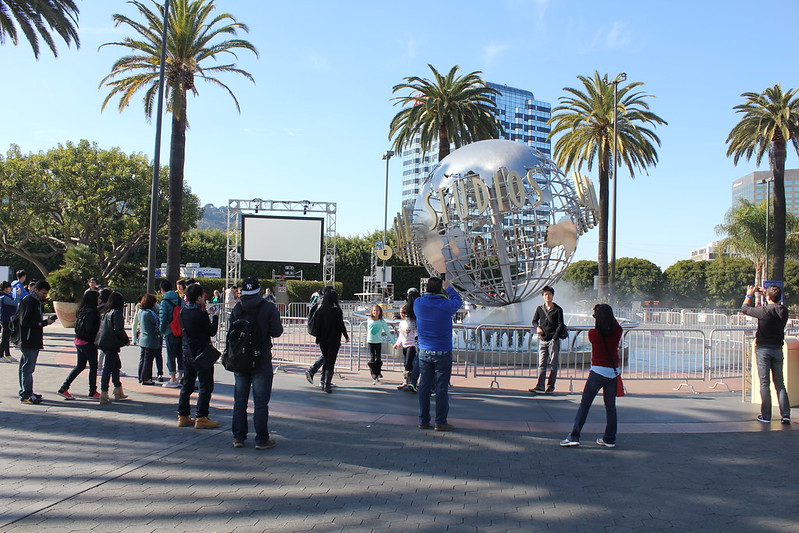 Work being done at one of the viewing areas. 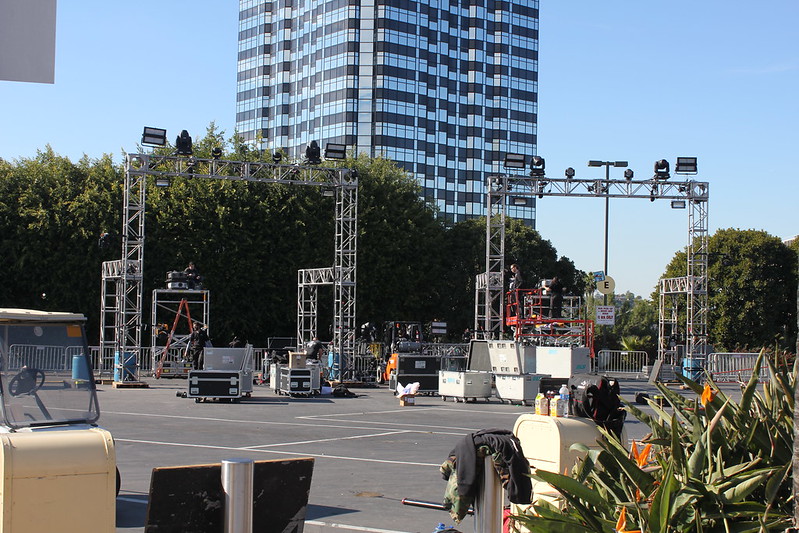 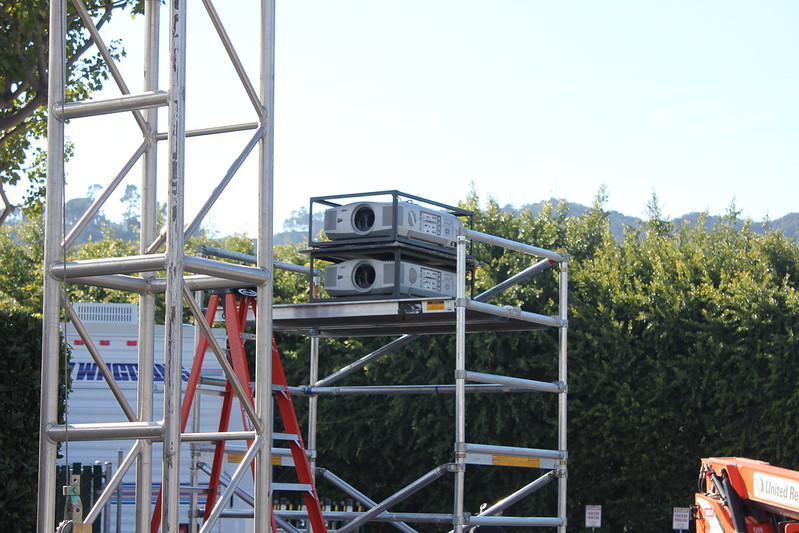 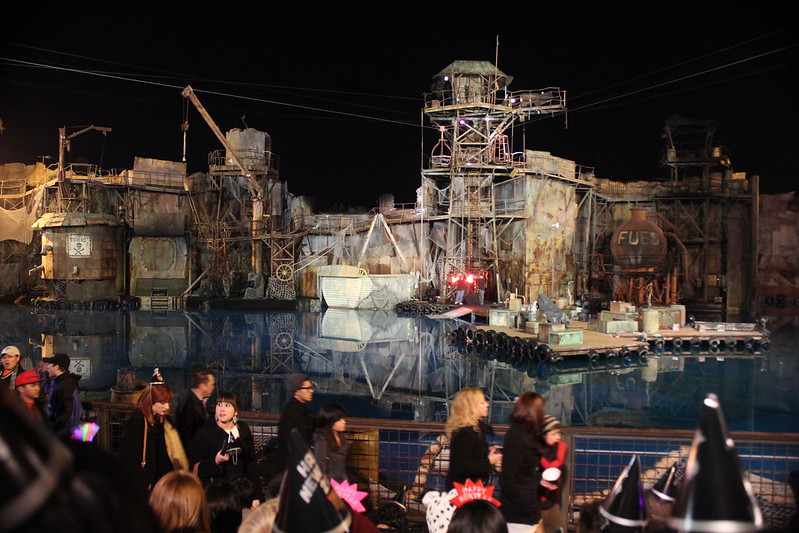 Fast forward to a few hours, and we’re back at the WaterWorld venue – this time for fireworks. WaterWorld happens to be one of three viewing areas – with the two remaining viewing areas at the front of the theme park’s entrance and at Five Towers. 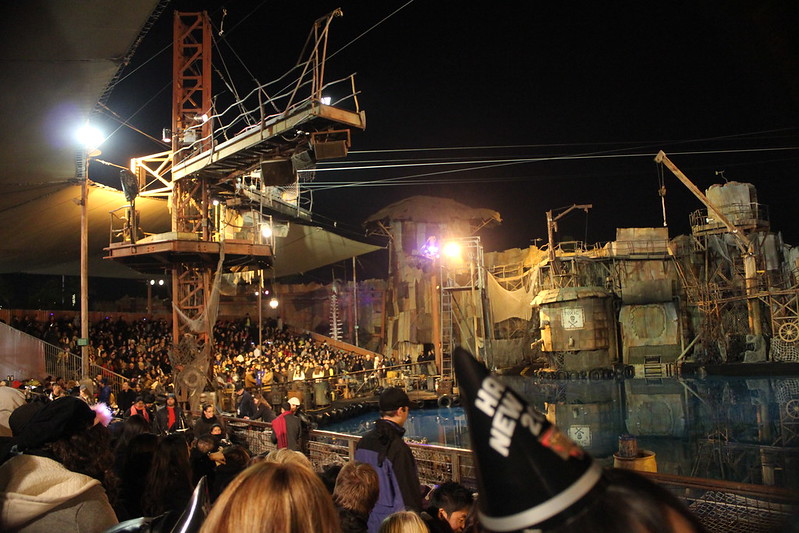 After the park closes, CityWalk then lets people into the WaterWorld venue near Universal Studios Hollywood’s entrance through a backway entrance. Hats and party favors were also given out for free! 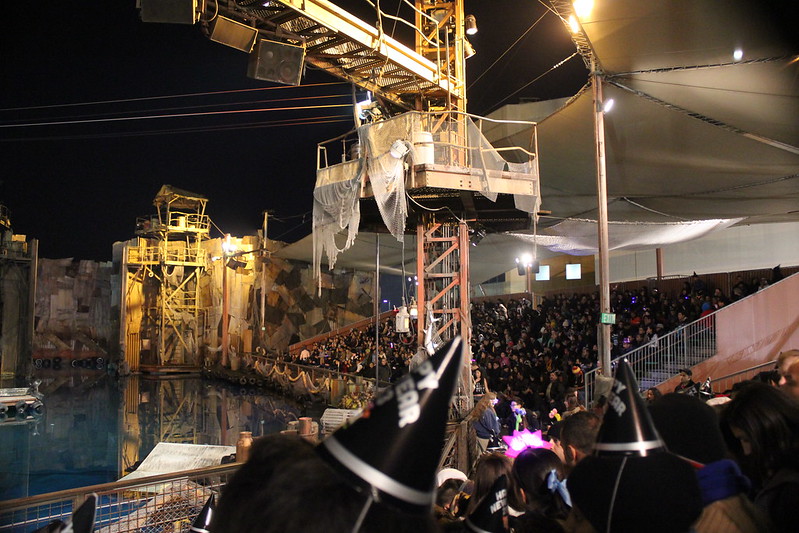 For the countdown to the New Year, CityWalk has employed three hosts and two DJs to entertain guests. 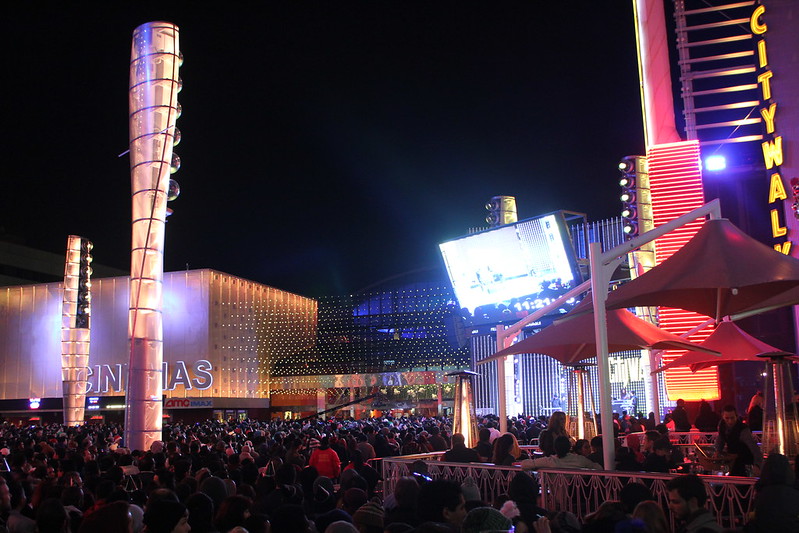 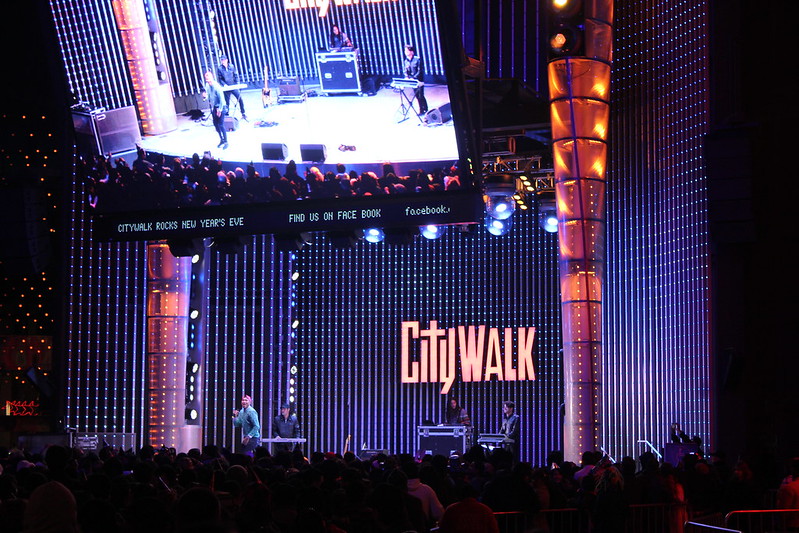 Despite what the photos may tell you, they’ve done an excellent job with crowd control. Our party was able to mingle throughout the theme park and CityWalk with relative ease. 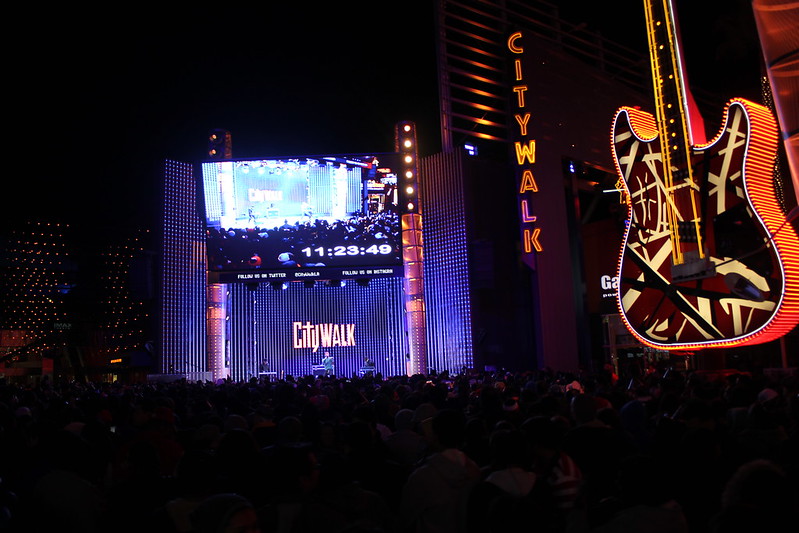 We’re thinking the $45 parking admission had a large influence in controlling the crowds for tonight’s event. 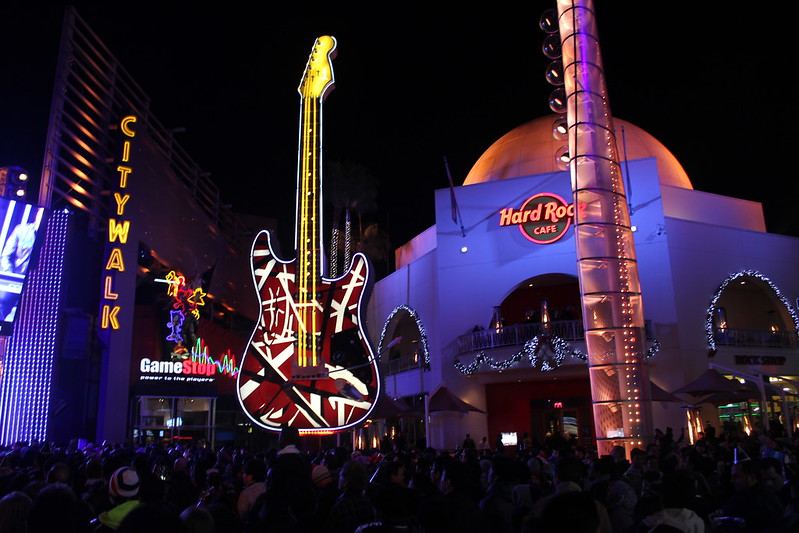 For what it’s worth, the whole area looks great. There’s action everywhere. 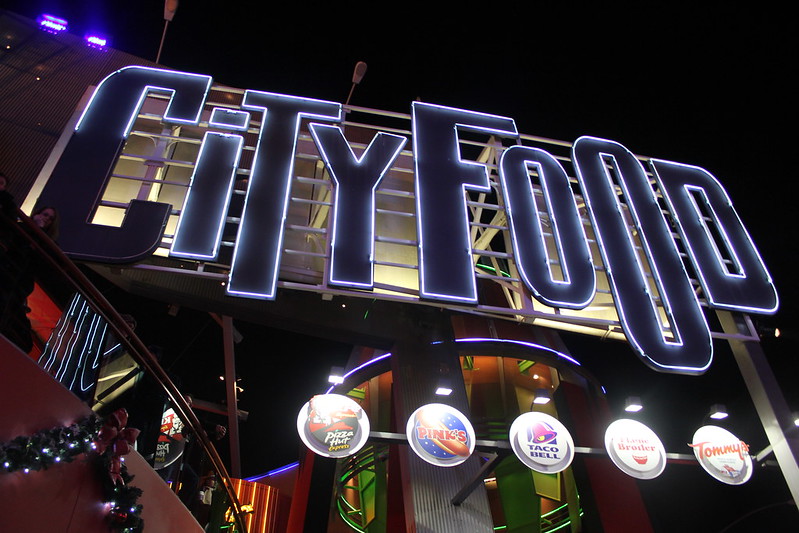 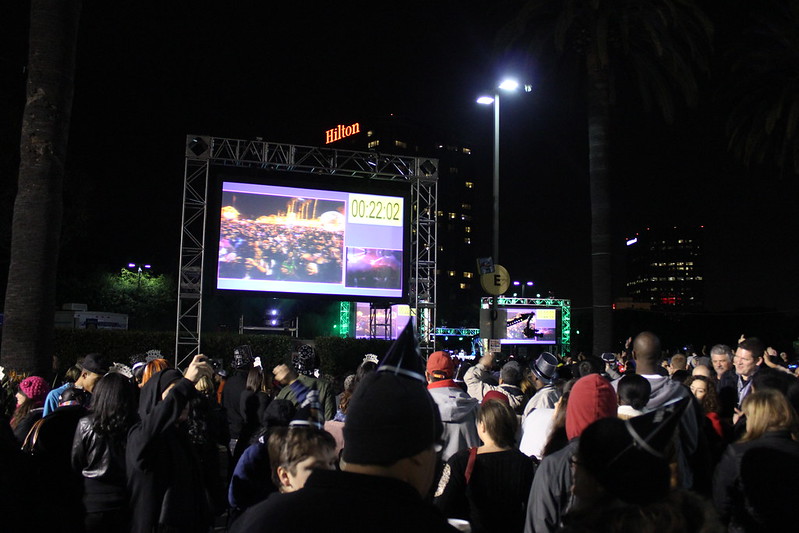 …and finally, the entrance of the park. 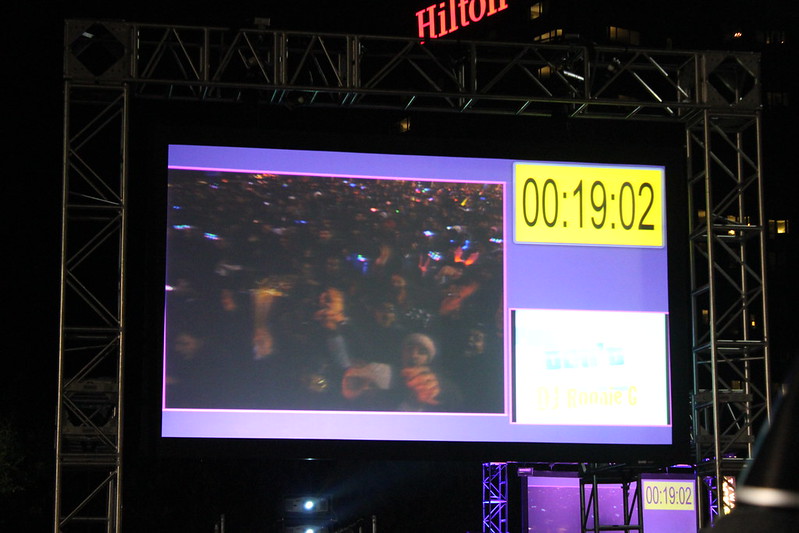 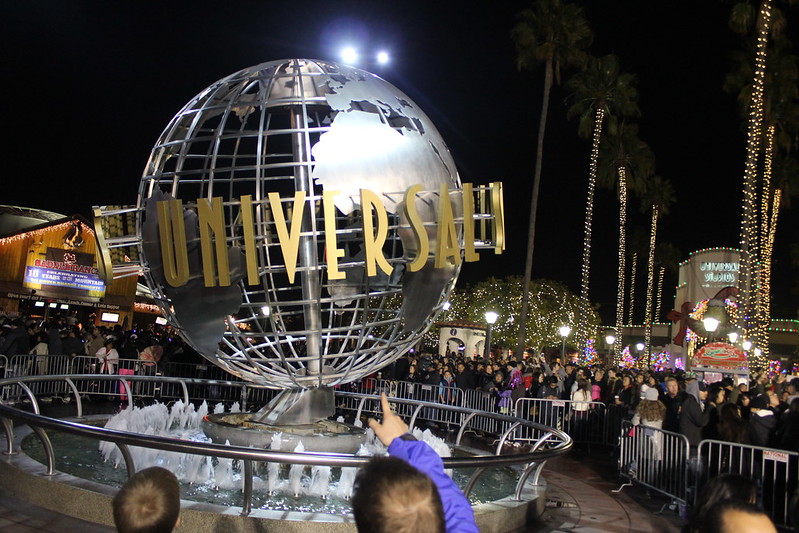 Guests wondering where the fireworks would go. 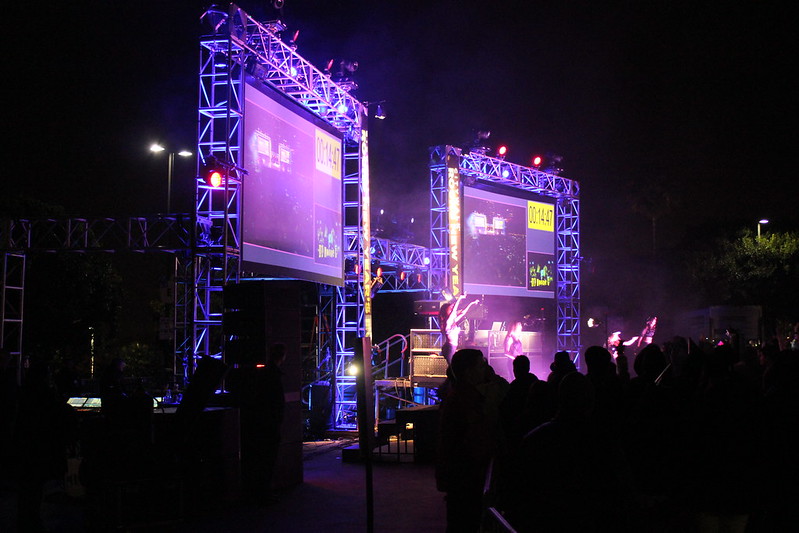 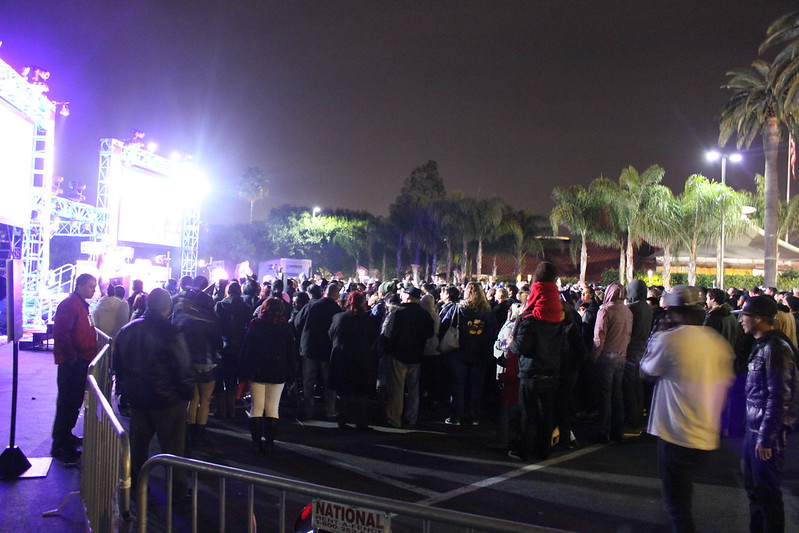 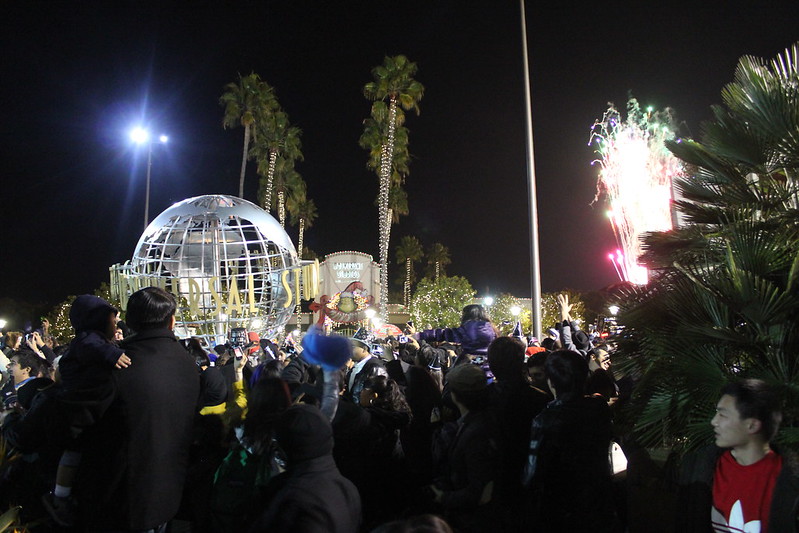 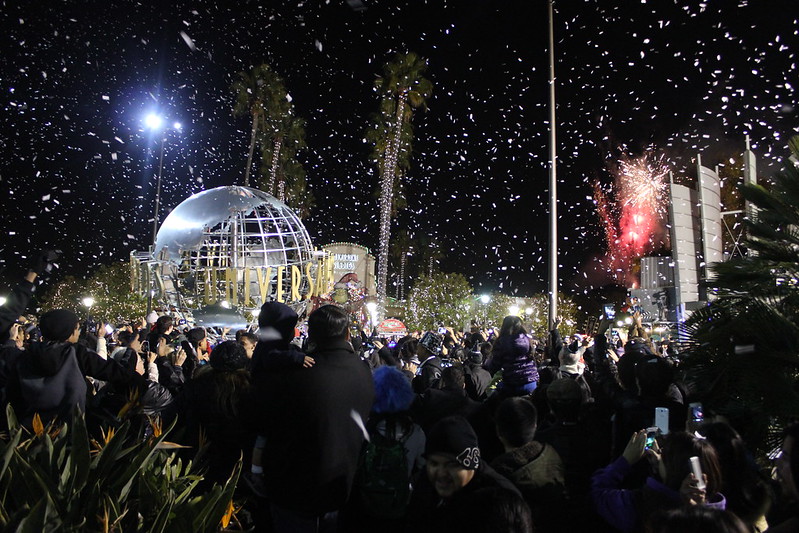 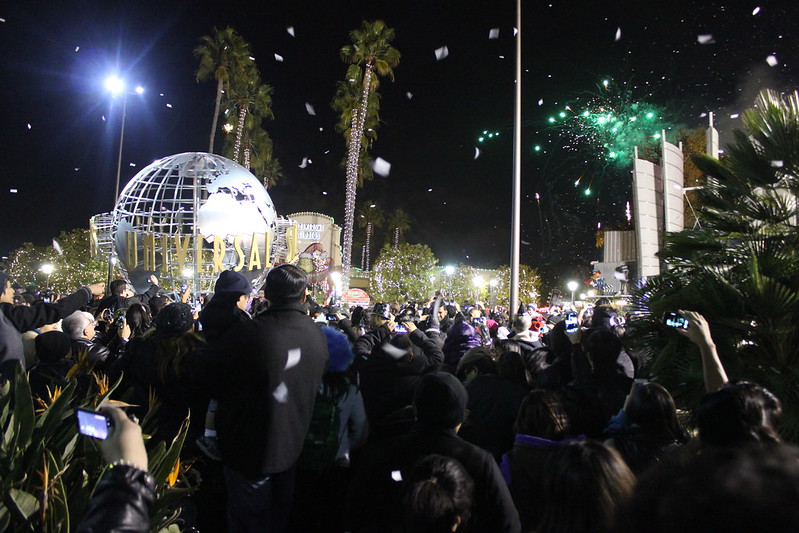 It’s unusual seeing fireworks from the park. From what I’ve been told, this was the most elaborate fireworks setup CityWalk Hollywood and Universal Studios Hollywood has ever had. 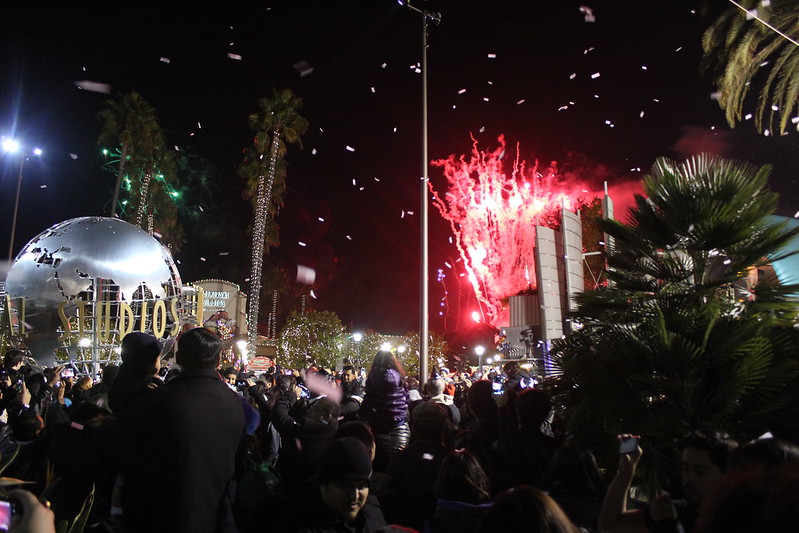 Photos really don’t do this event justice. They’ve really outdone themselves this year! 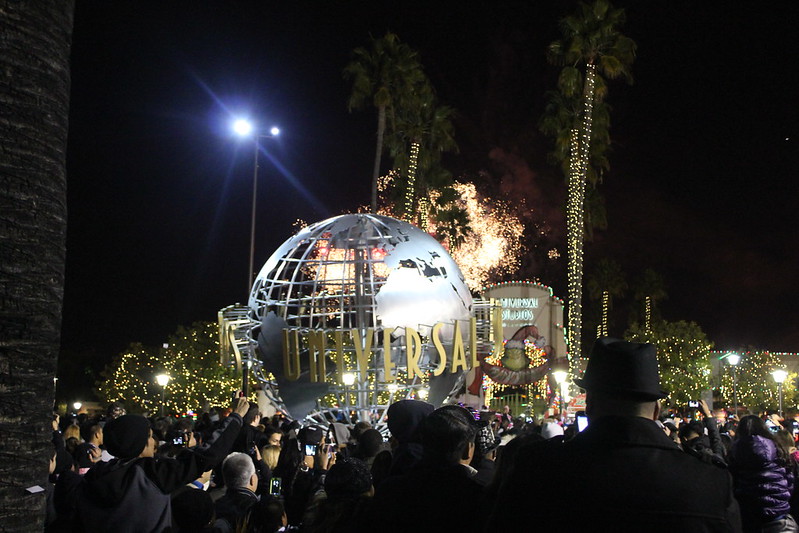 In hindsight, we should have stayed in the WaterWorld venue. That, along with Five Towers, may have offered the best view of the fireworks. 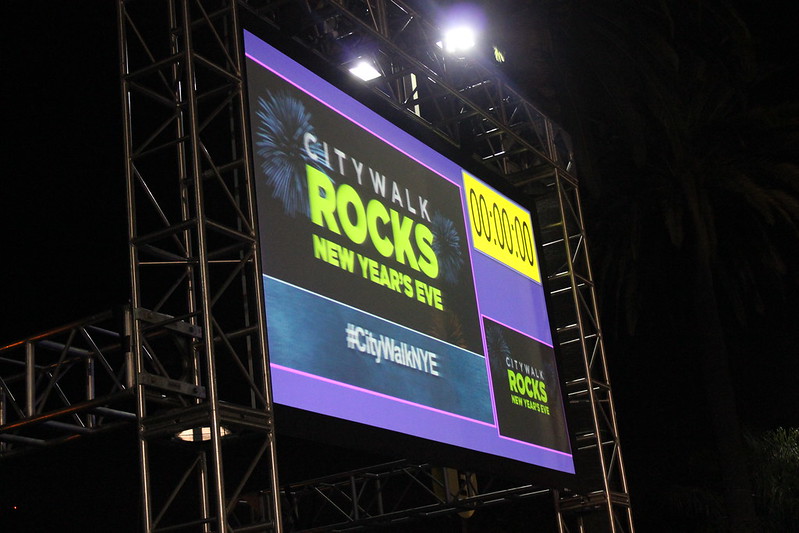 That does it for us!

As you can see, CityWalk Hollywood has really outdone themselves this year. Crowds were extremely moderate, and our whole party navigated throughout the park and CityWalk with very little hassle. Despite the rather steep admission price, we definitely recommend this event if you’re planning on spending your next New Year’s Eve in Hollywood. Again, from what I’ve been told, CityWalk/Universal Studios Hollywood has never seen this caliber of fireworks on display, and judging form the crowd’s reaction – it worked! If you happen to be at the park on December 31, it’s also a great way to wrap up your day. And again, it’s free if you stay within CityWalk/theme park until the event starts (typically at 9:00 PM)!

Anyhow, thanks for reading. I’ll see you next time with another update. 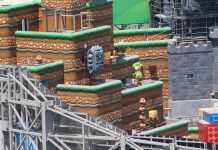