January 12, 2013 – Construction season has hit the park, so we’re back with another park update – courtesy of our editor Adriana Morgan.

As you might have heard, work has already gone underway in the Terminator/Wild West area. Wild West’s structural walls have already gone down, and the arena is rumored to house a new “Central Park” area of the park. As expected, work around Terminator is also being done in preparation for Despicable Me, and Coke Soak has been dismantled for a rumored play area. Let’s get started with the photos. 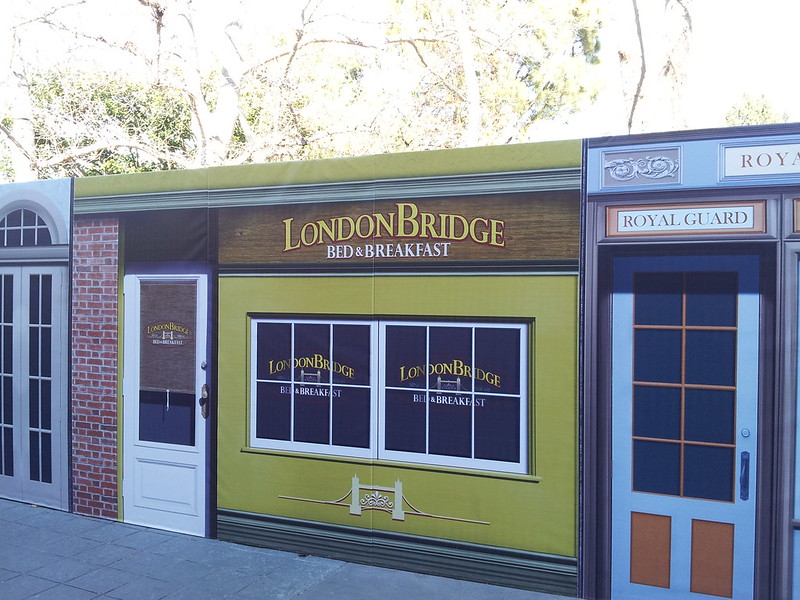 Heading around Wild West’s former venue, we can see that they’ve started to theme the construction walls. 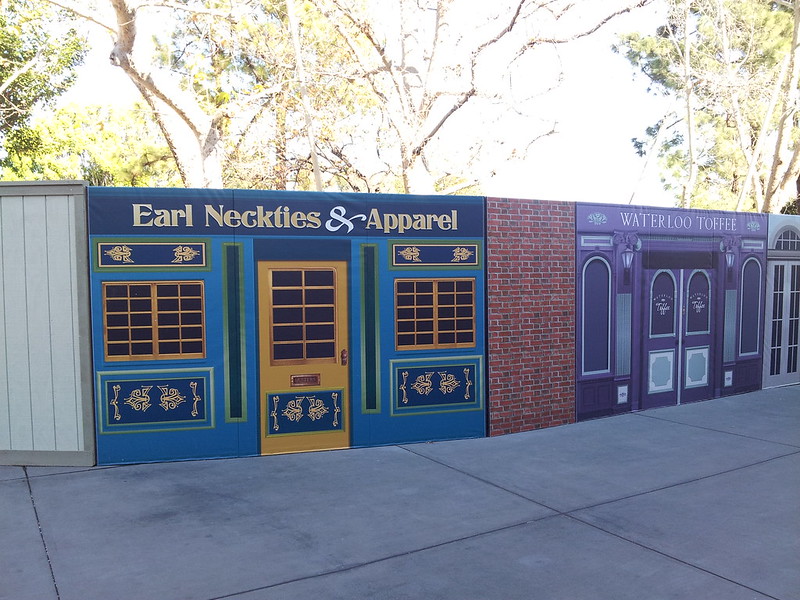 We’re guessing these walls are staying up for quite a while if Universal is going as far as to theme them individually. 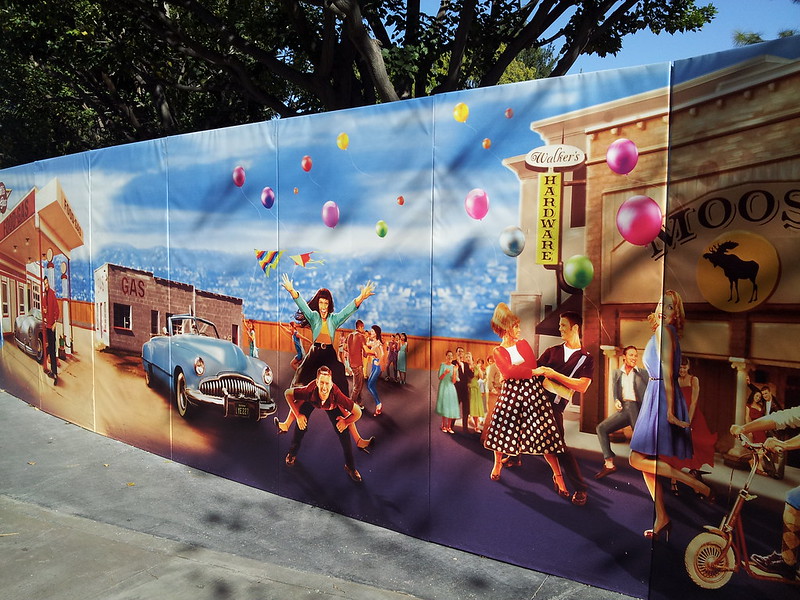 Are they using stock images? Regardless, these are odd murals. I wonder where they’re getting them… 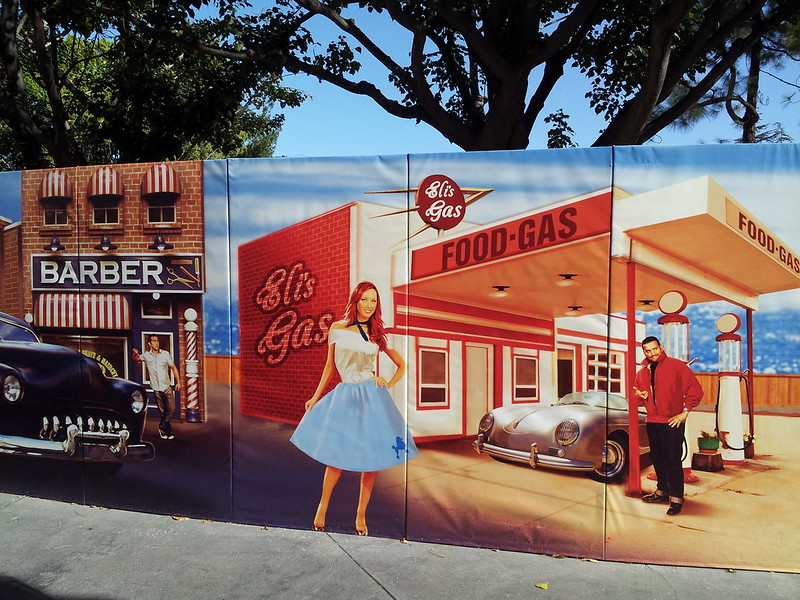 More walls covering the entrance to Mel’s Diner/Hollywood Shoppe. It looks like Universal has completely walled off access to the area in front of West’s former entrance, which includes Mel’s dining plaza and the pathway to International Cafe. 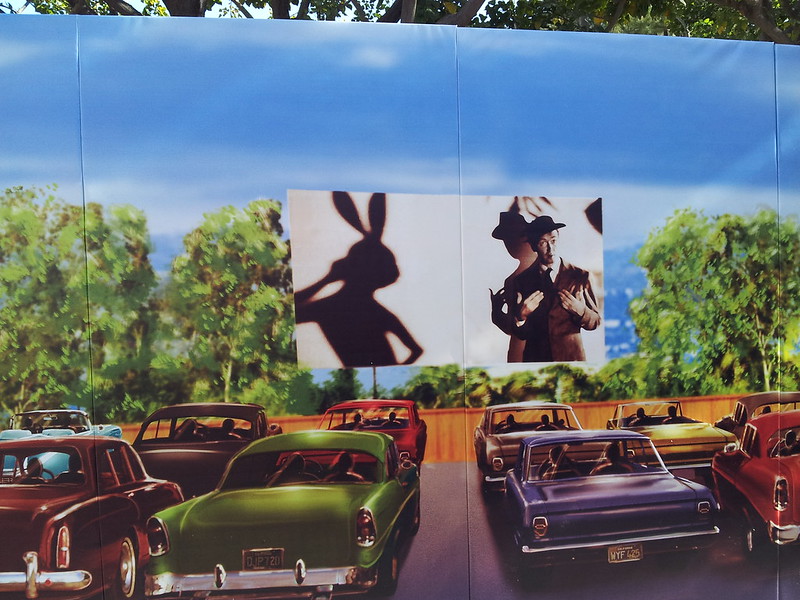 Strange. Is that Bugs Bunny?
Edit: Thanks everyone. It’s actually Harvey. My bad. 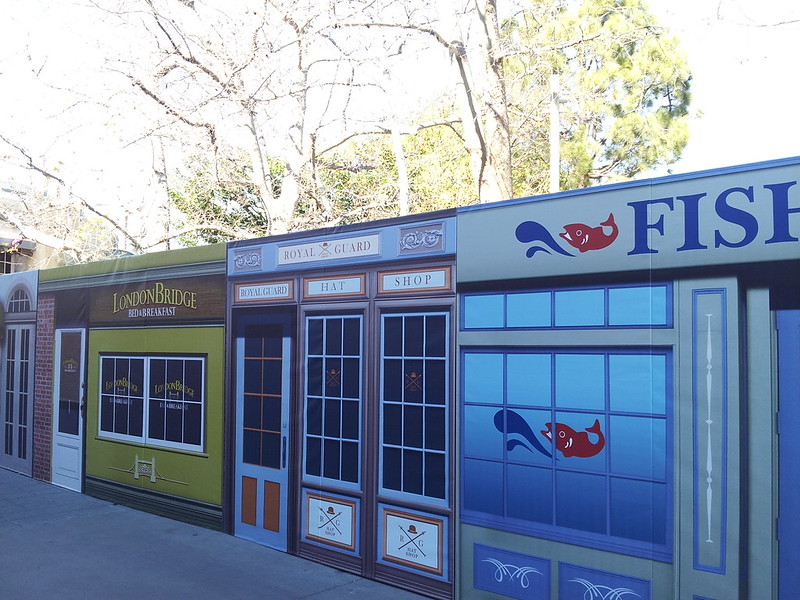 The pathway to London Street. Notice how Mel’s Plaza is completely blocked off. 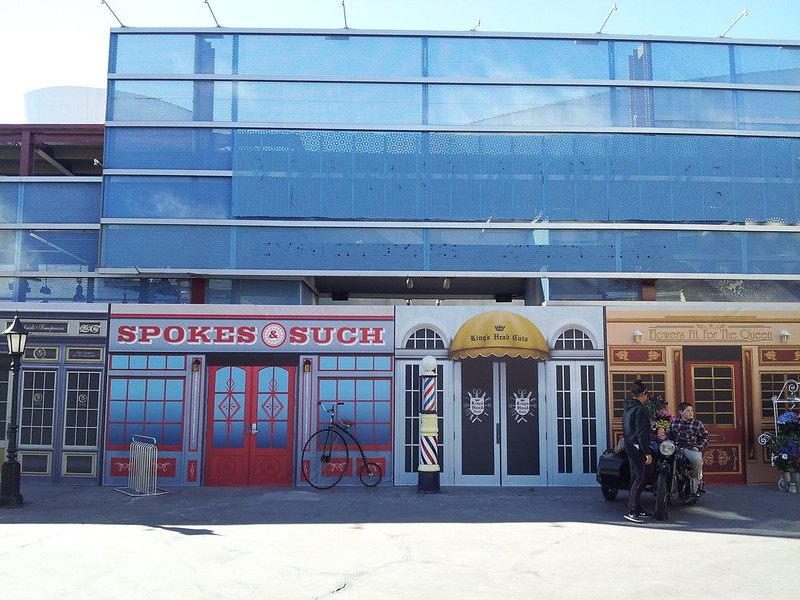 What remains of Terminator 2:3D. Looks like they’ve littered the area with random props. 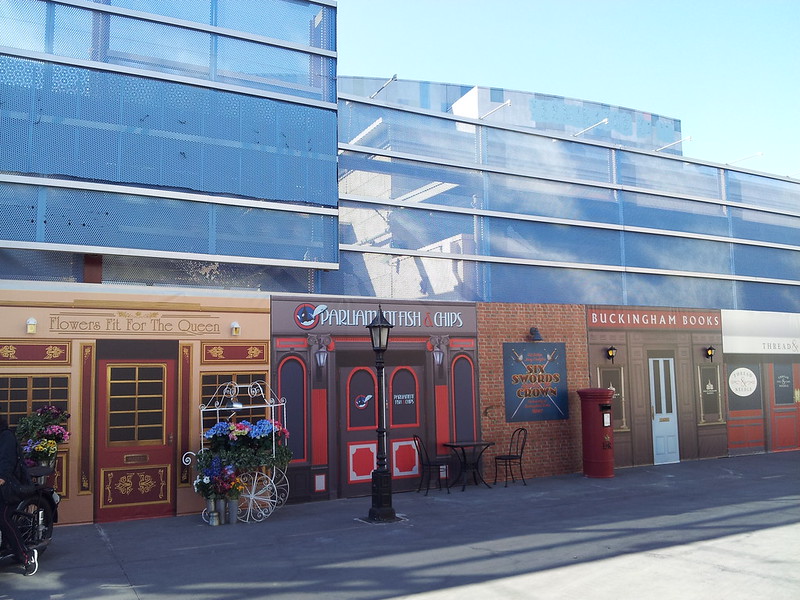 Again, expect these walls to be semi-permanent fixtures for the next year or so. I’ve never seen Universal put this much into theming into something as disposable as this. Recall the walls for Simpsons and Transformers. 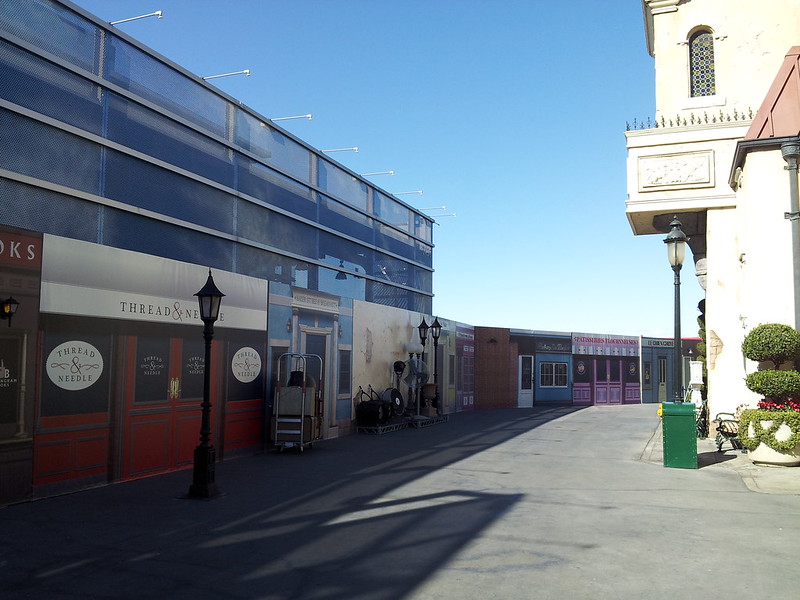 Meanwhile, Coke Soak is completely cut off. We predicted this early on, but we didn’t think Universal would be cordoning things off this quickly. 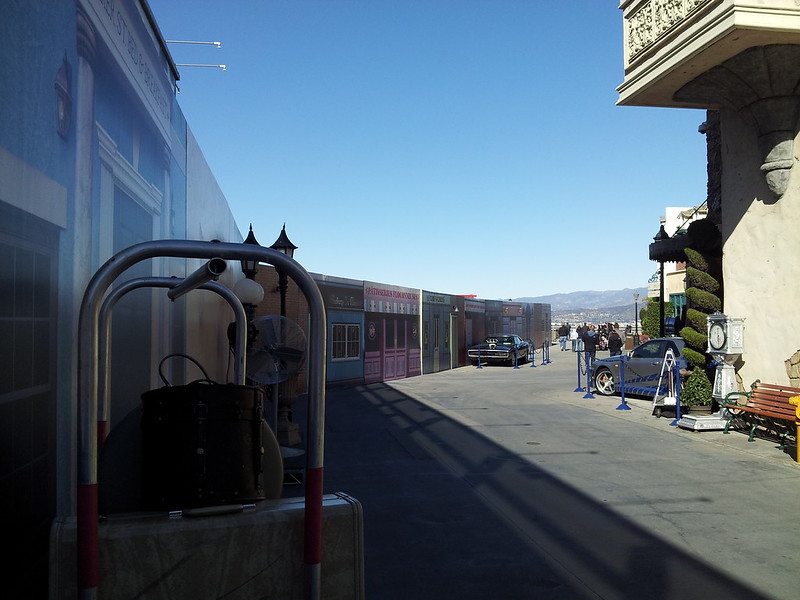 Walls of the World: The Ride… 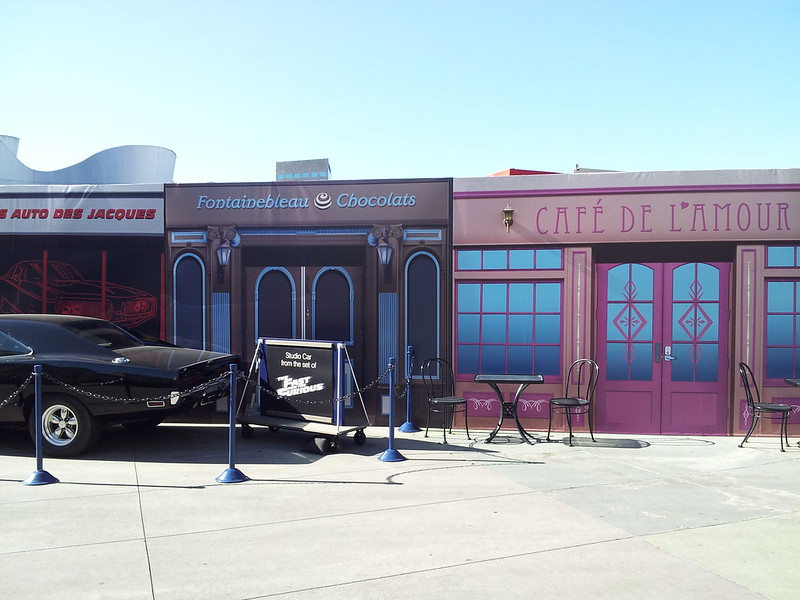 More props from Fast and Furious. I’m not exactly sure why Universal is so enamored with this franchise. 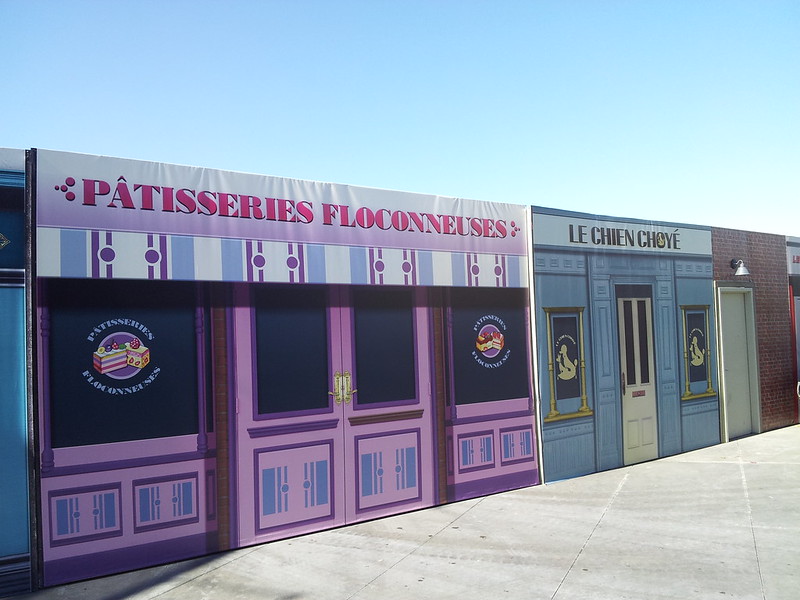 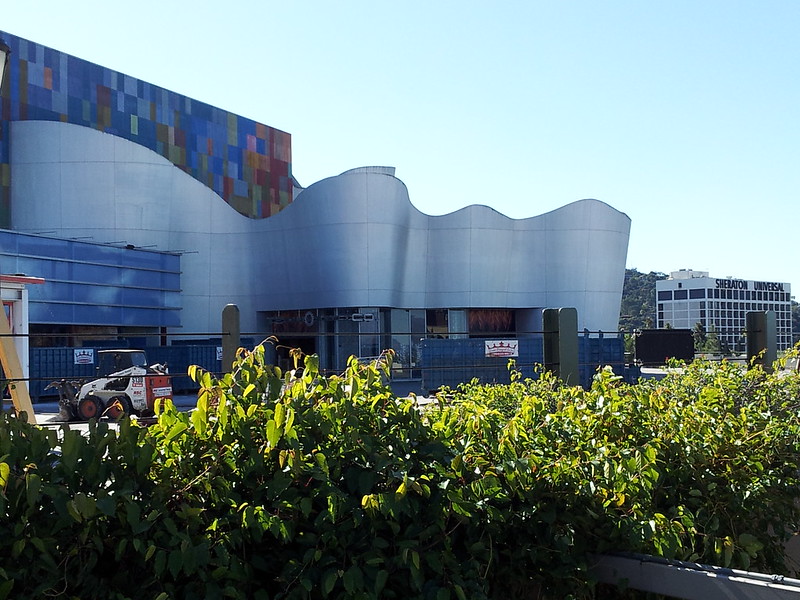 Meanwhile, let’s take a quick peek behind the walls. 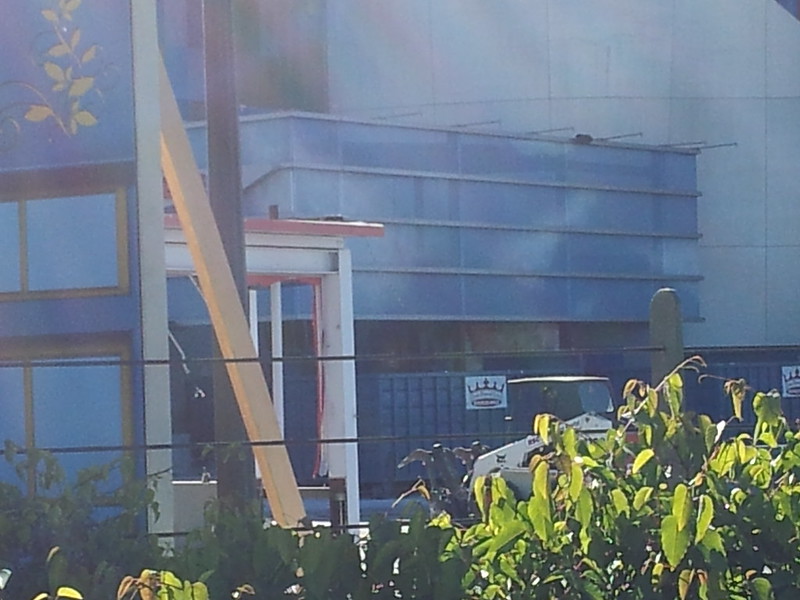 Looks like they already removed all the signage and speakers from the facade. 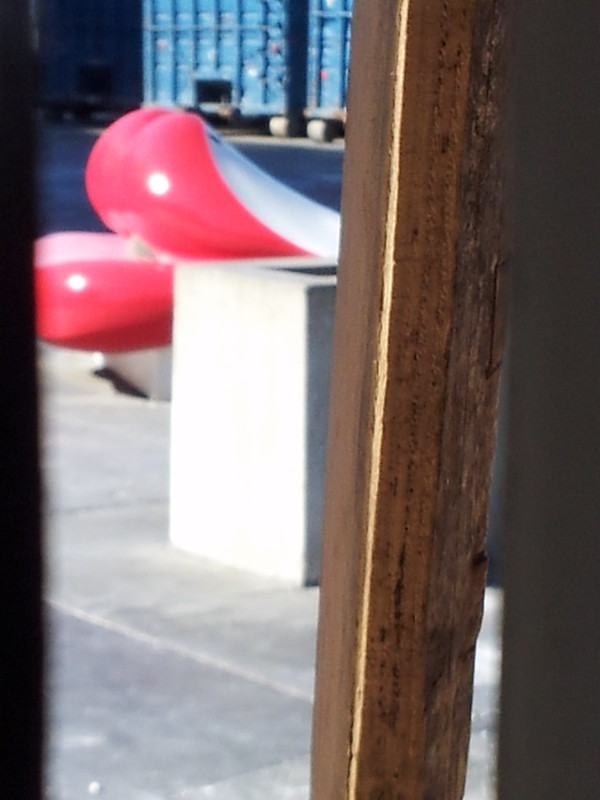 Coke Soak is practically gone – save for these lips. 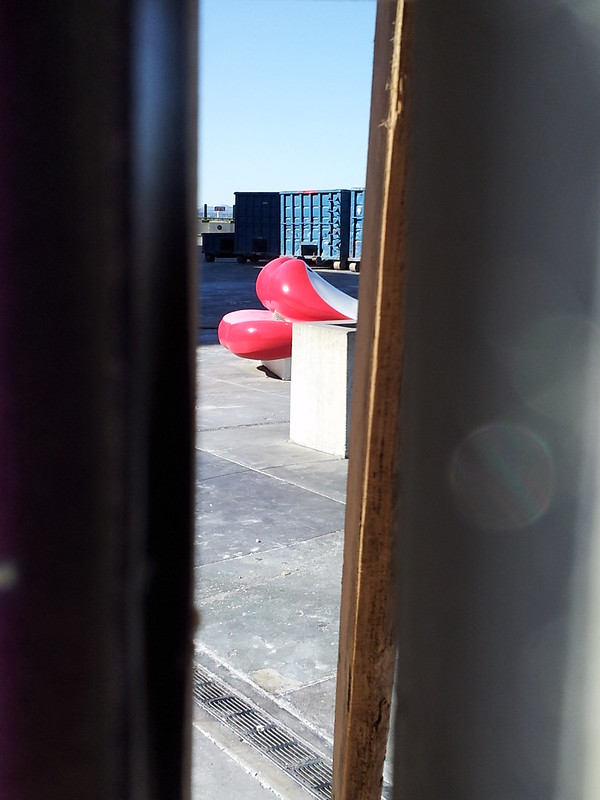 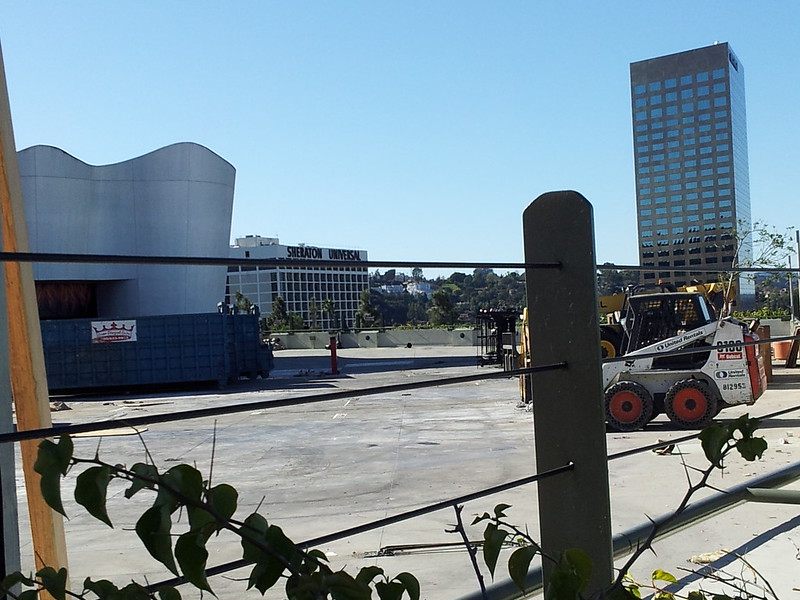 Not sure about you, but I don’t think they’re going to be putting any water fixtures here anytime soon. 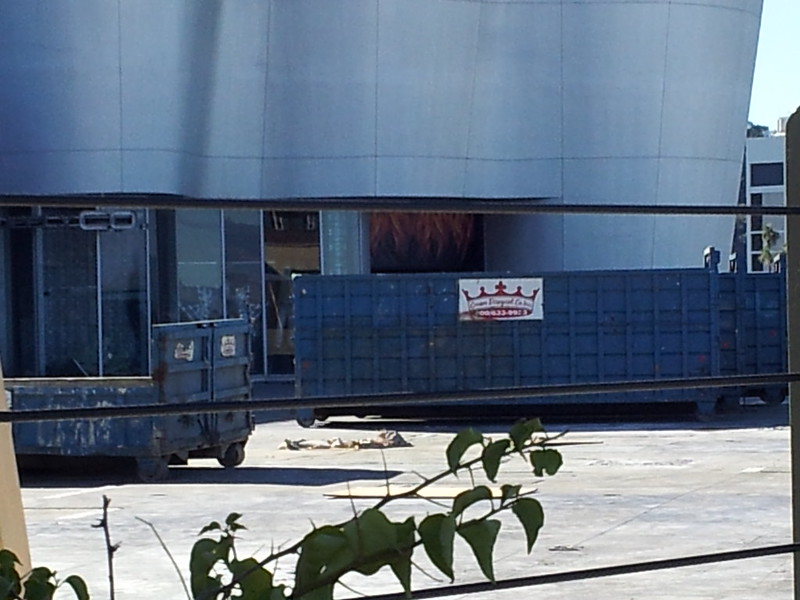 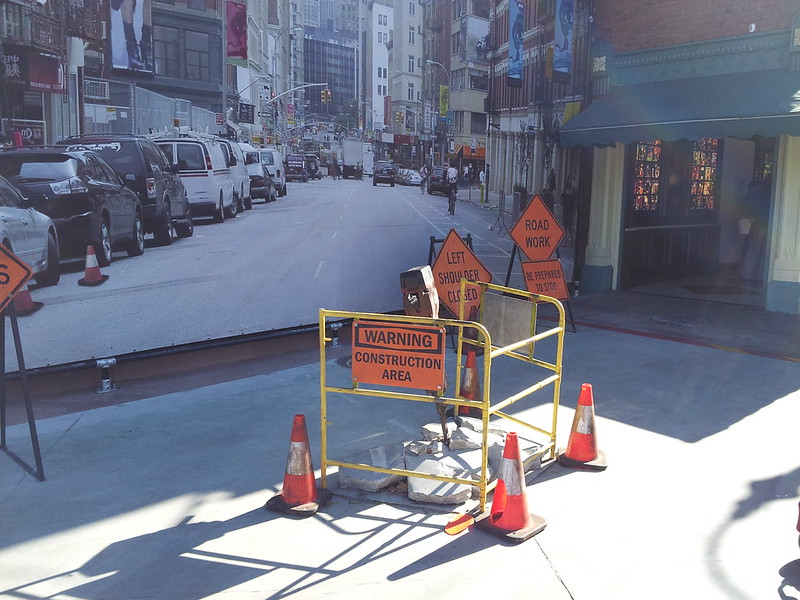 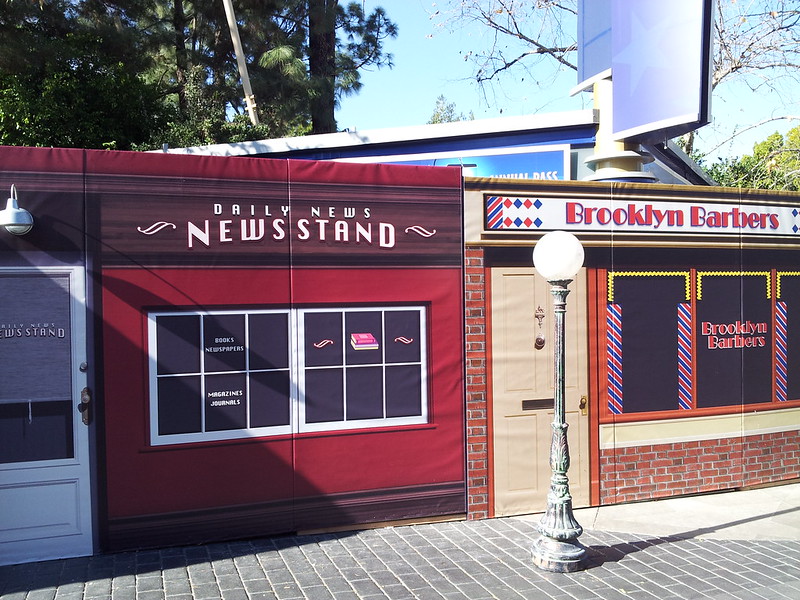 Sources are telling us that the Hollywood Ticket Outlet is slated to be demolished in the near future. 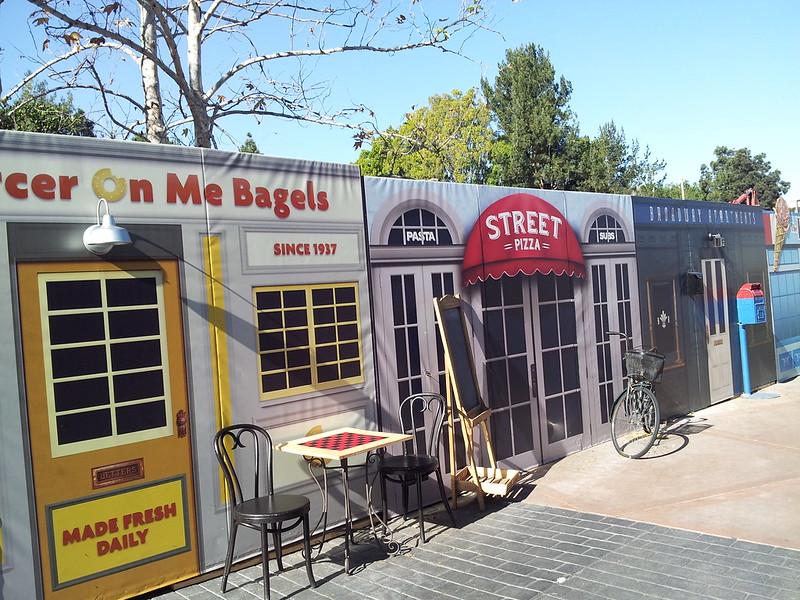 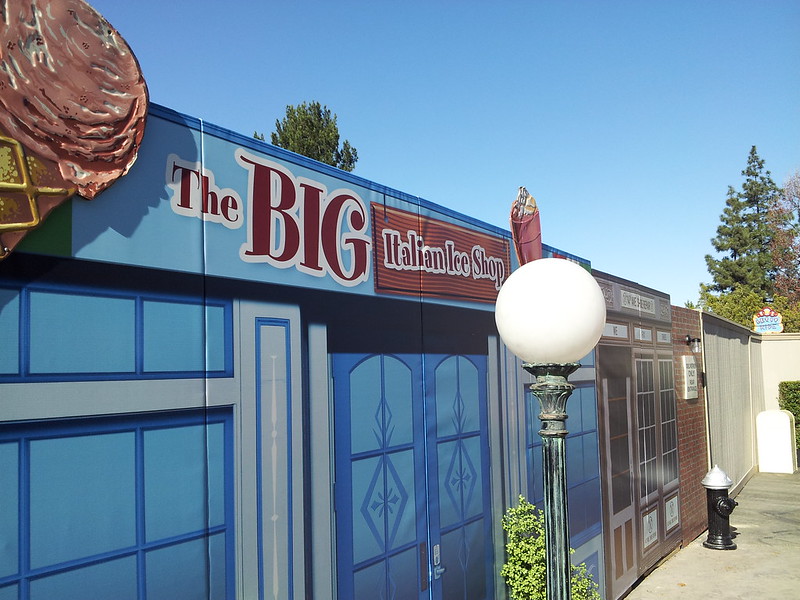 Okay, that does it for me and the crew. As expected, Universal Studios Hollywood is ramping up construction in preparation for Despicable Me in the former Terminator/Coke Soak area.

What’s odd, however, is the construction currently underway in the Wild West arena. While we’ve always expected Universal to take its time deconstructing Grinchmas decorations, we didn’t necessarily expect this level of work to be done this quickly. Something is obviously in the pipeline, and sources currently tell us that a “Central Park” area is currently being planned in the interim as ideas are being thought out. As we’ve mentioned above, expect the Hollywood Ticket Outlet to be gone alongside other major structures within that area (lighting poles that have remained ever since the Wild West days for example). This tells us that they’re definitely serious about redeveloping that parcel of land. New attraction perhaps? Who knows.

Anyway, that does it for us. Please be sure to visit our NEW forums over at USHForums.com, like our Facebook and follow us on Twitter! We’ll have more updates in the coming days, so stay tuned!