May 22, 2013 – We’ve just gotten word that Universal is in the process of opening a new restaurant on the Lower Lot, titled “All-You-Can-Eat T-Rex Barbeque” above Jurassic Park: The Ride. The new eatery takes the place of the former “Treetop Cafe,” which had been operating on a seasonal schedule.

Update: jmills from USHForums.com has generously sent some photos in of T-Rex Barbeque in action. Scroll down to read his initial impressions alongside our latest updates on T-Rex’s latest development.

Like Treetop Cafe, T-Rex Barbeque will be a sit down restaurant located on the secluded patio above the Jurassic Park splashdown.

Details are currently scarce, but sources have told us that the new restaurant will host an all-you-can-eat barbeque – similar to that of Big Thunder Ranch BBQ at Disneyland Park. The new eatery is expected to undergo soft-openings this Memorial Day weekend.

Reasons for this unexpected development are unknown, but we’ve been told that T-Rex Barbeque has been seen as a temporary replacement for Mel’s Diner located on the Upper Lot near the former Wild West arena.

The future of Mel’s Diner – which has been closed throughout the Spring season – remains unknown.

May 25, 2013 – Reports are trickling in, and initial impressions have been positive. From many accounts, T-Rex turned out to be a relative hit, and attendance is expected to increase as the summer season approaches. Universal appears to be expanding the idea given the reaction thus far, so don’t be all-too surprised to find the patio inaccessible to normal park guests. Still no update on Mel’s, but its future isn’t looking good.

Editor’s note: jmills went to Universal Studios Hollywood on May 25 to experience T-Rex Barbeque first hand. These are his photos. (doink-doink) 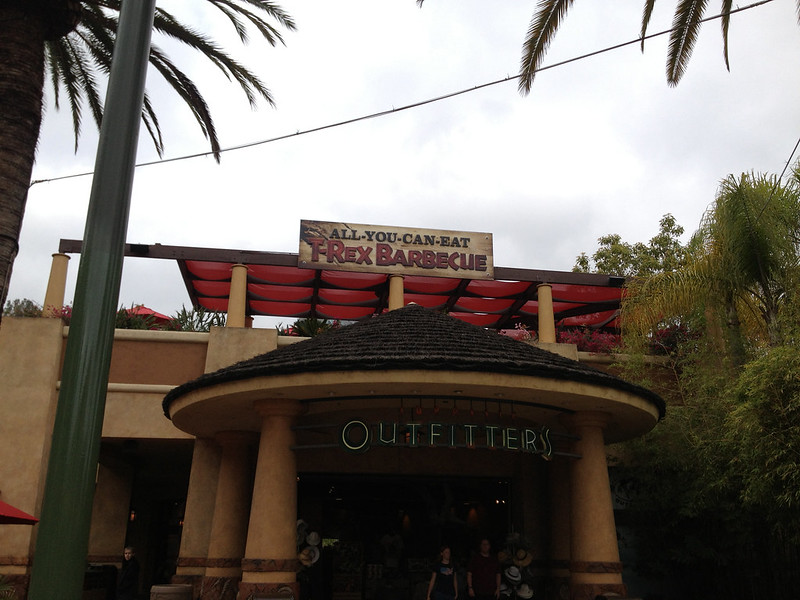 T-Rex Barbecue – located above Jurassic Outfitters and near the Jurassic Park splashdown. According to Jonathan, prices are $21.95 per adult, $9.95 per child. 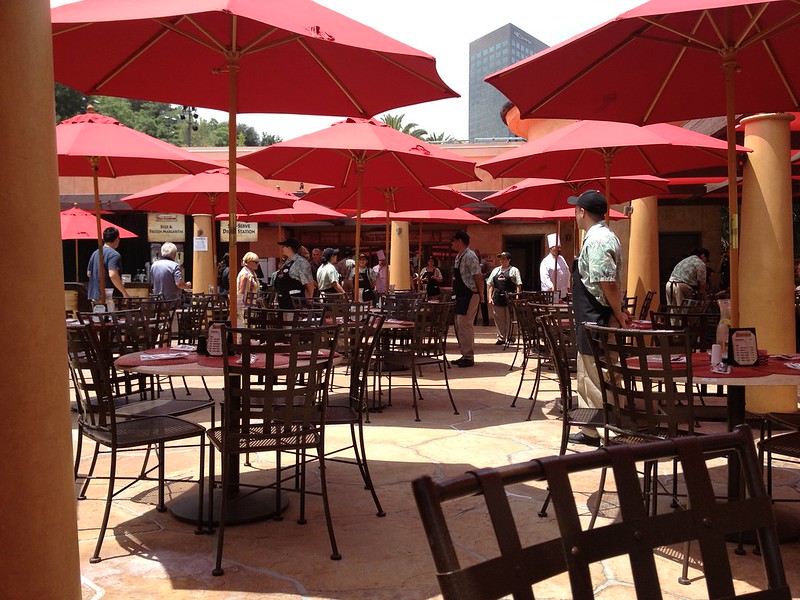 Sit-down seating with servers – a first for Universal. 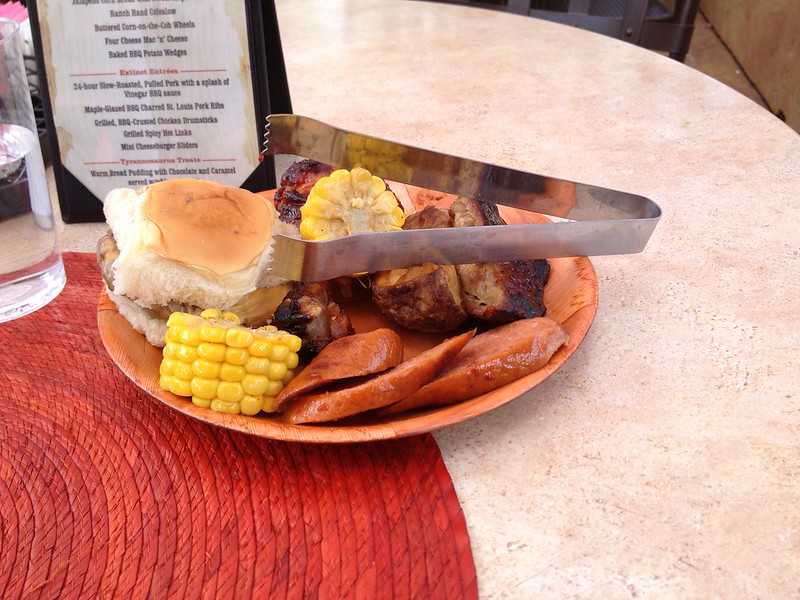 From Jonathan: “The cheeseburger, hot links and chicken were good. The ribs, not so much.” 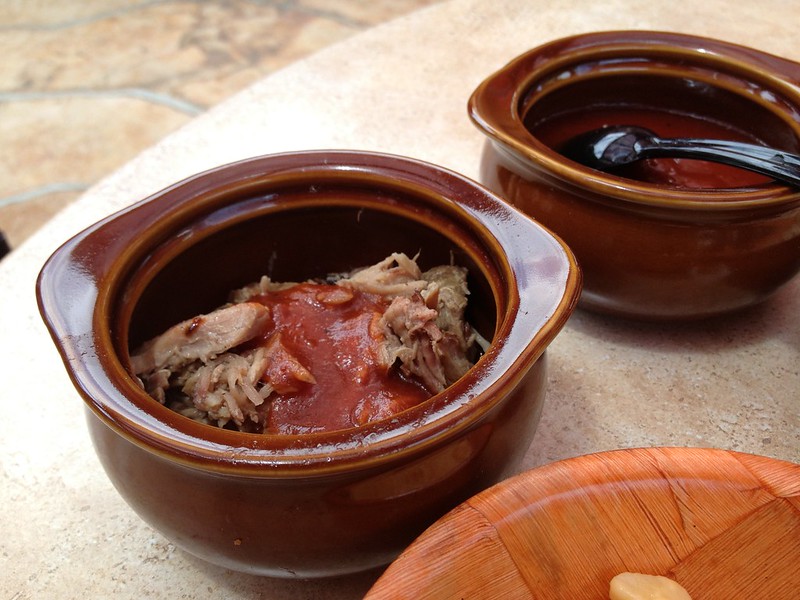 “The pulled pork was quite tasty.” 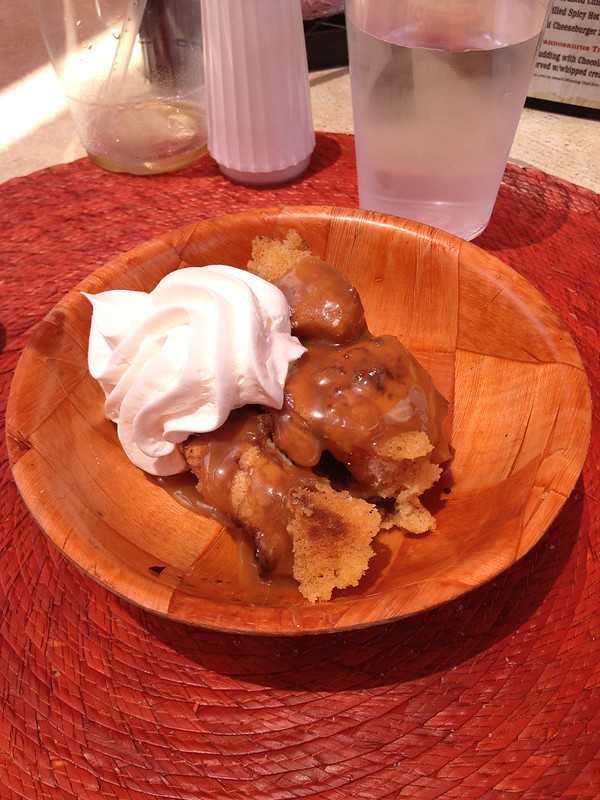 “I don’t care for bread pudding, but this was wonderful.”