Few films have had a cult following comparable to the Evil Dead. In 1981, Sam Raimi and Bruce Campbell brought to screen a film that would propel their careers to cult status and forever change their lives and the entire horror genre.

Now in 2013, the creative forces behind the original film are back, ready to bring fresh blood to the table with a completely reimagined film based on the original 1981 cult flick. 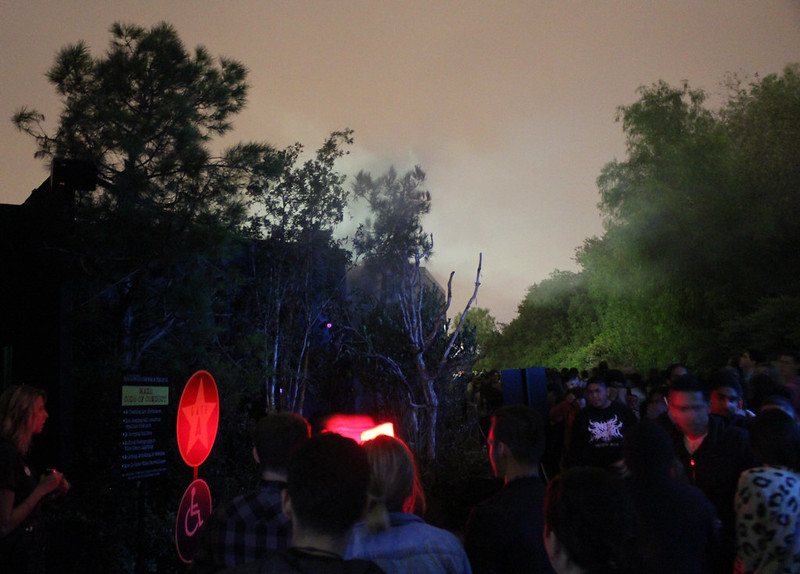 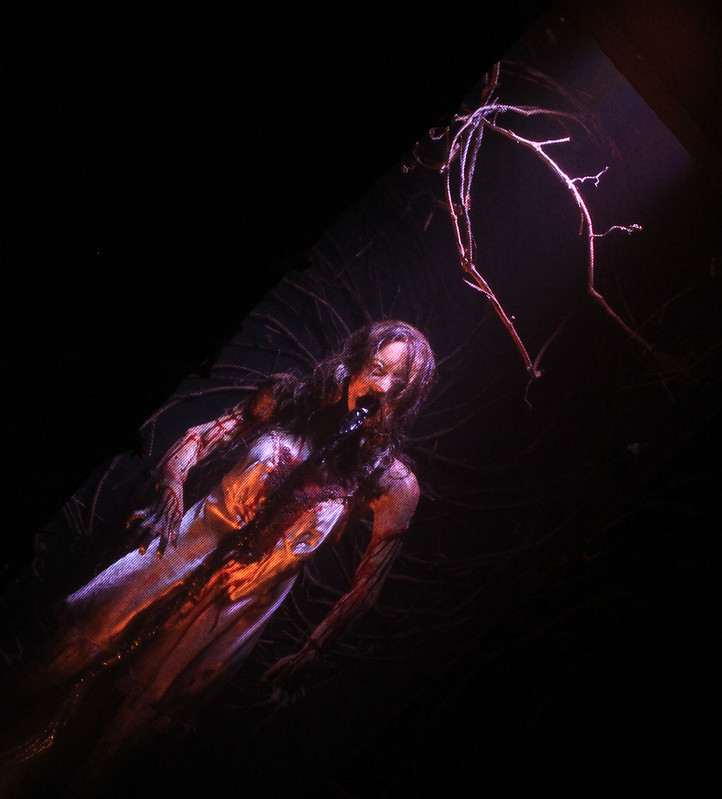 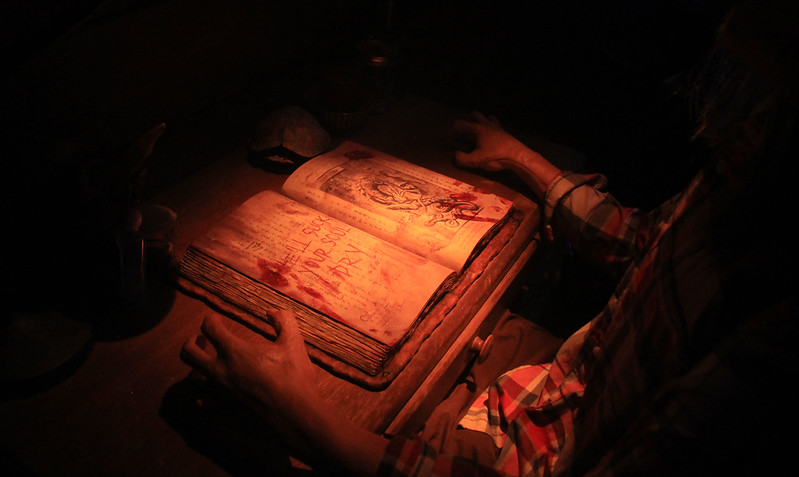 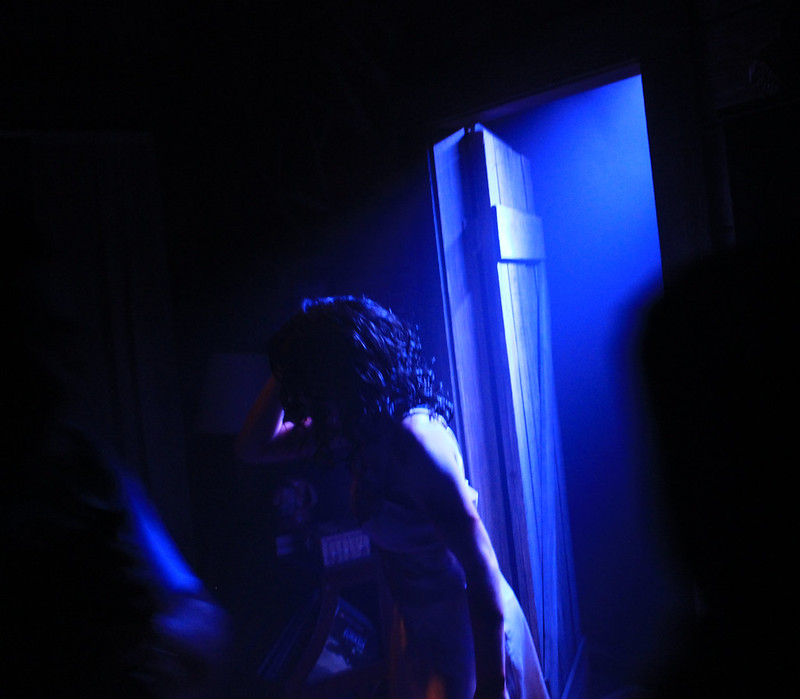 In this maze, David and three of his friends bring Mia (his sister) to a cabin in the woods in an effort to help her fend off her self-destructive drug addiction. However, one night they stumble upon a mystical “book of the dead.” When one them decides to read from this book, they unknowingly release an evil demon like no other. As Mia wanders in the woods, the demon takes possession of her and creates hell on earth for everyone else. One by one, the demon takes possession of each of them until there is only one left.

Right from the beginning, guests are introduced to Mia as she is being brutally attacked by the branches possessed by the demon spirit. The room (and the entire maze, while we’re at it) is pitch dark as flashes of light illuminate Mia’s horrifying predicament.

Of course, you’re also invited for the ride.

See, in this scene, guests are left wandering into the woods trying to find their way to a place of shelter – a cabin no less. Unfortunately, they’re also being attacked from every angle as the demon tries to possess their soul. Sounds fun, huh? 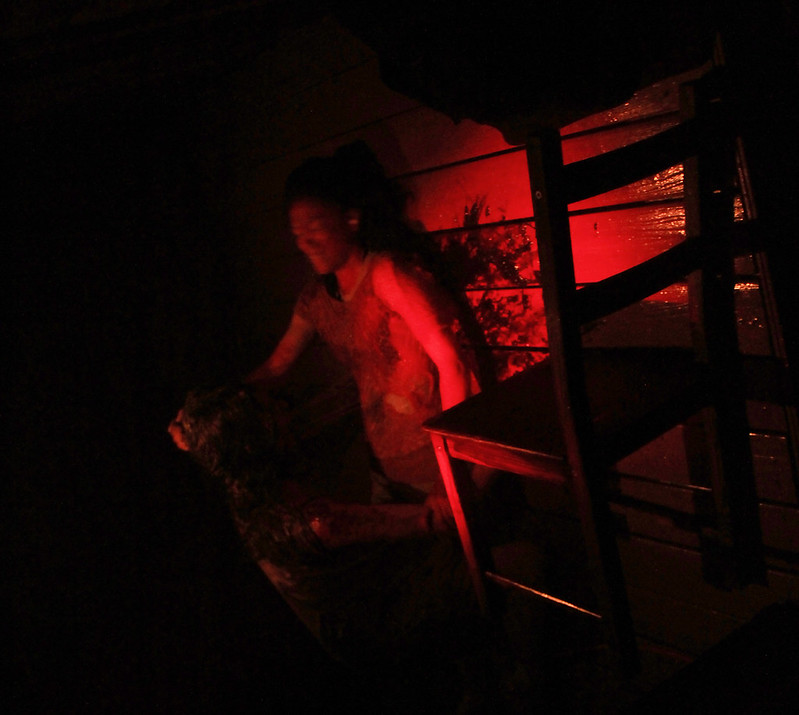 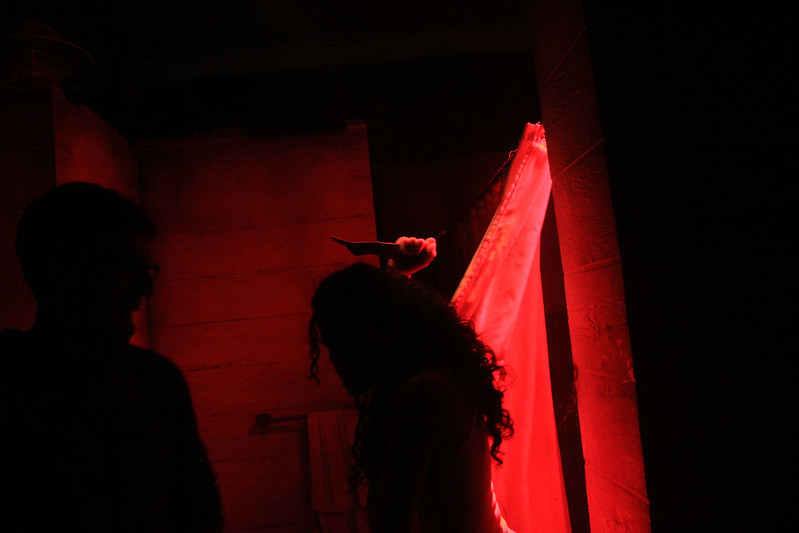 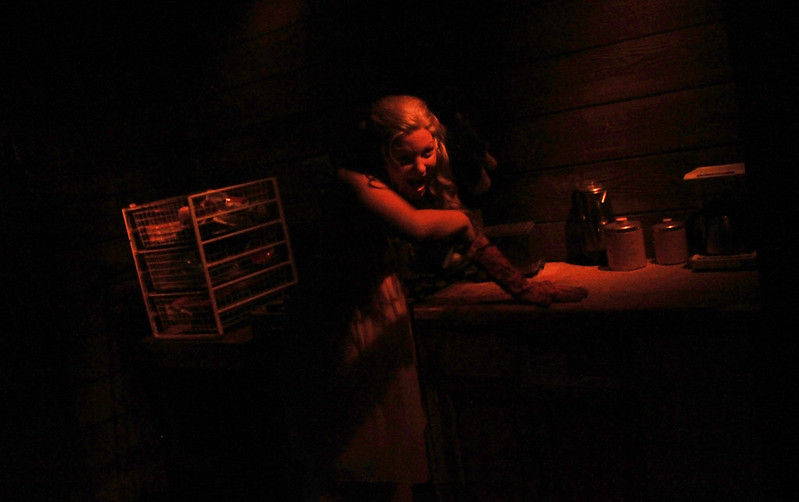 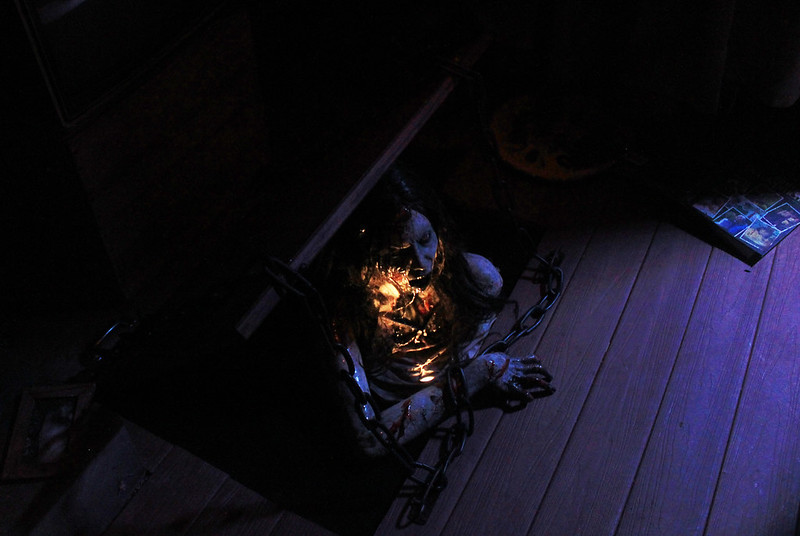 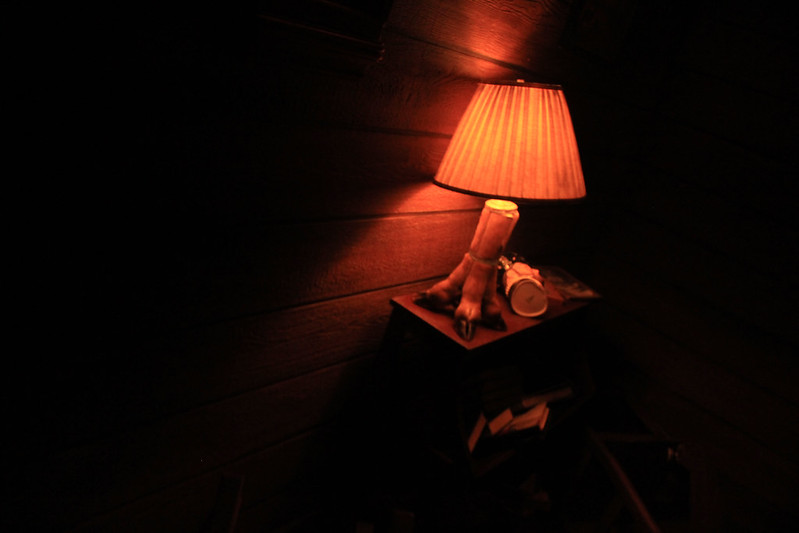 Fans of Evil Dead will appreciate the sheer attention of detail within this maze. The crew from Horror Nights spared no expense recreating props and scenes from the gruesome film, and guests are repeatedly introduced to scenes of raw gore and self-mutilation. It’s not a pretty sight – even in comparison to other Horror Nights mazes – and this maze may be the most disturbing one yet.

In all, Evil Dead: Book of the Dead is a very solid effort. The maze is not specatucuarly innovative, but then again, I don’t think it needs to be. If anything, it builds upon a pretty solid foundation already set by previous Horror Nights installments leading to a very solid experience. If there is one outlier, it’s that Evil Dead: Book of the Dead is unapologetically raw, and for many fans I’m sure that’s a plus.

Oh, and don’t be surprised if you end up getting wet as you wander through. 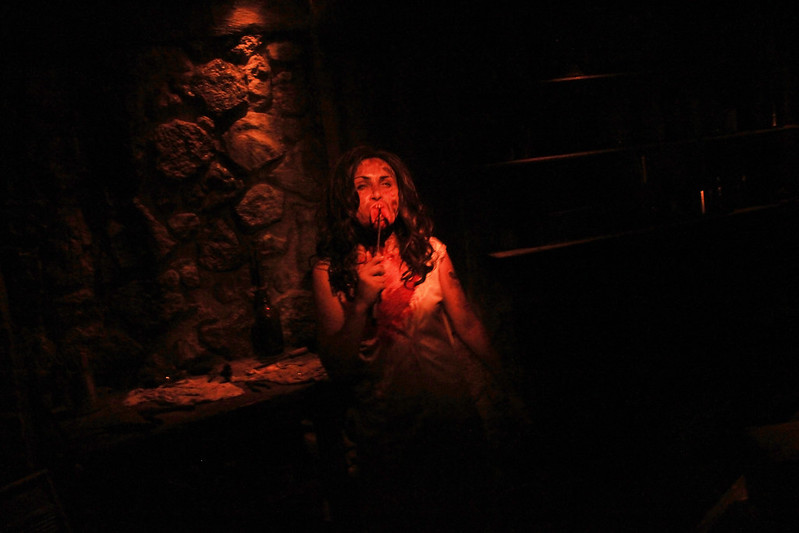 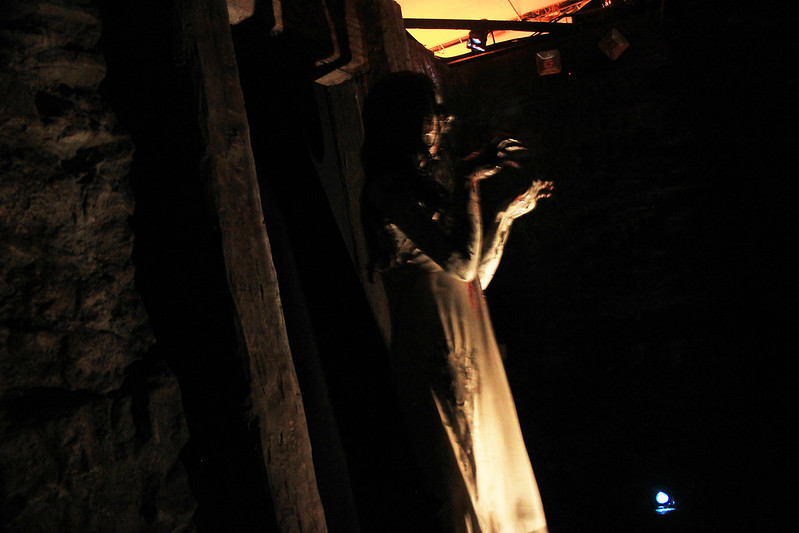 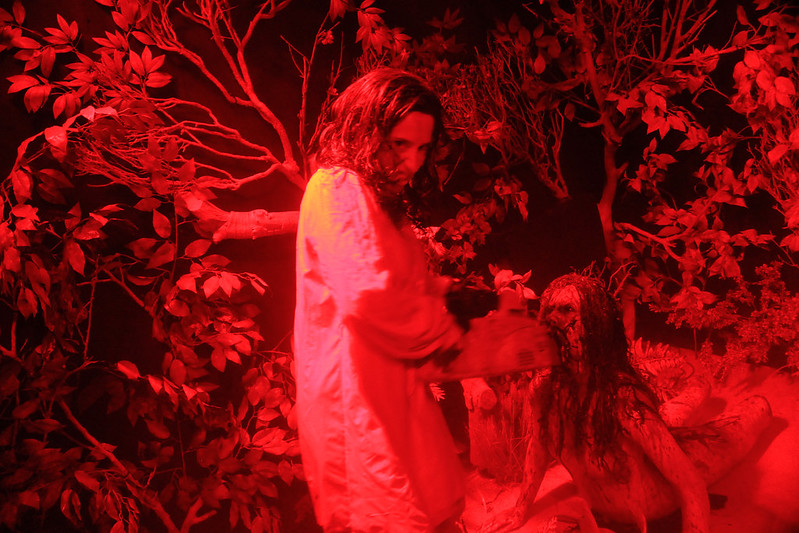