Replacing Klownz, The Purge is Universal’s new scare zone for the entrance of the park.

Inspired by the 2013 film which bears the same name, The Purge: Survive the Night envisions a 12 hour period in which all crime is considered legal, and in which all emergency services are temporarily suspended. However, despite the change in premise, much of the main entrance remains the same, with Murdy’s classic flamethrowers and the ill-placed van filled with blood and gore placed near the scene. Dead corpses drape New York Street as scare actors – fitted with masks – attack the innocent citizenry. 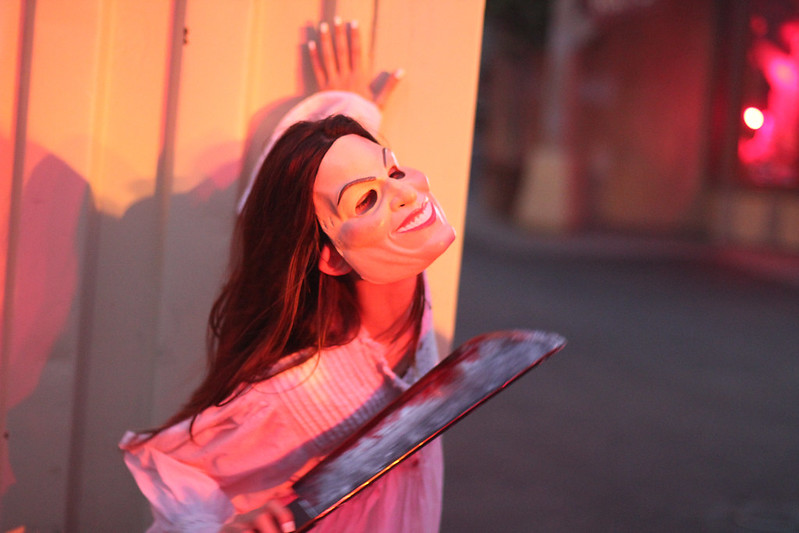 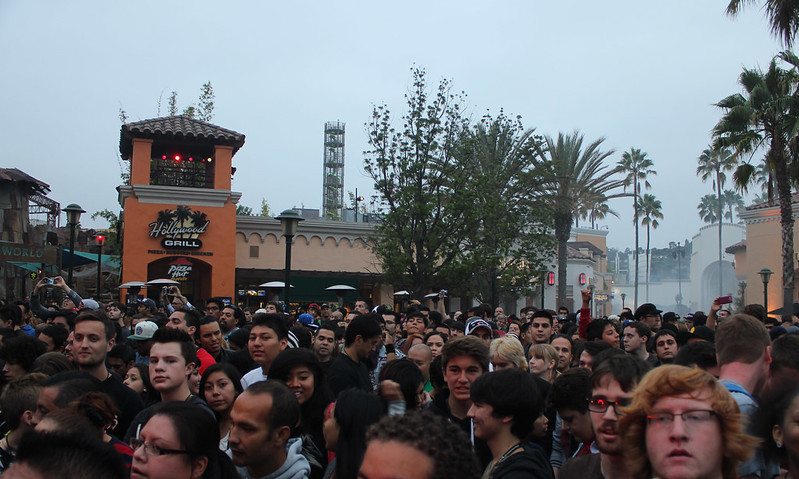 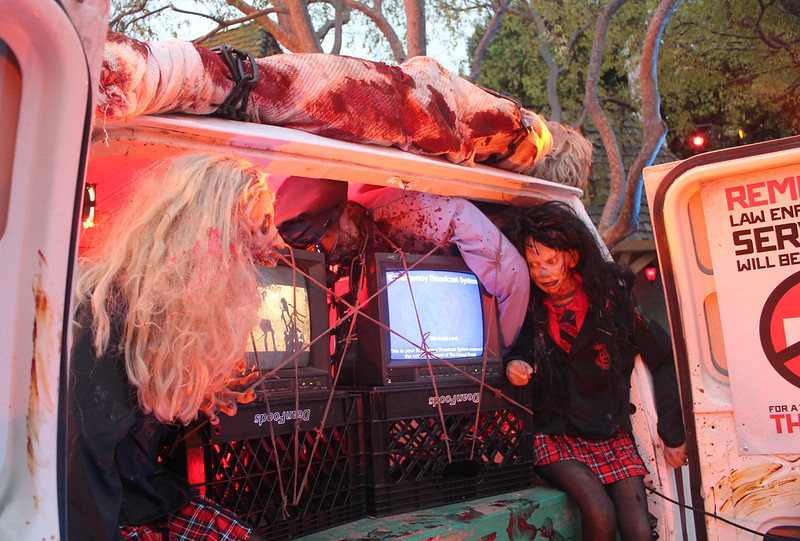 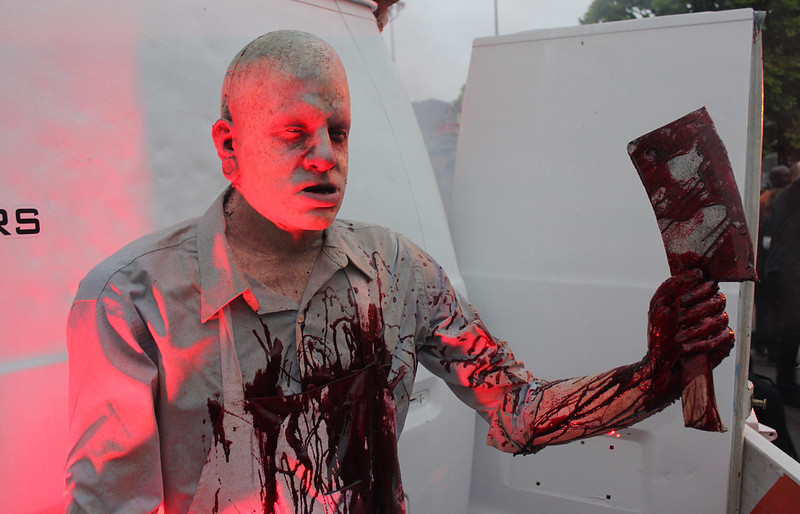 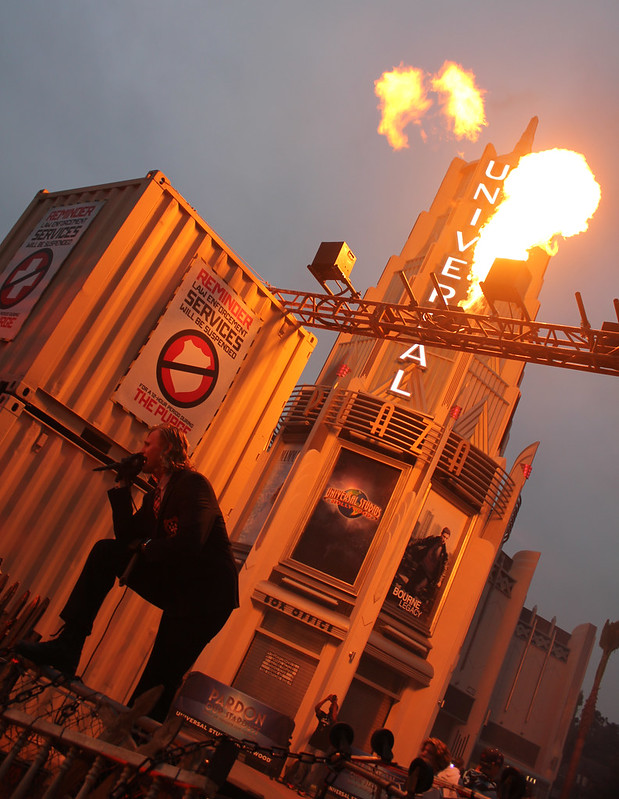 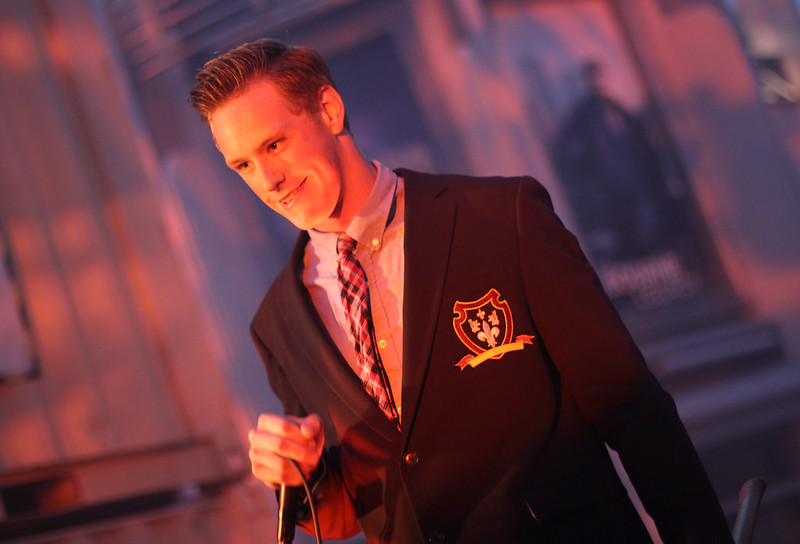 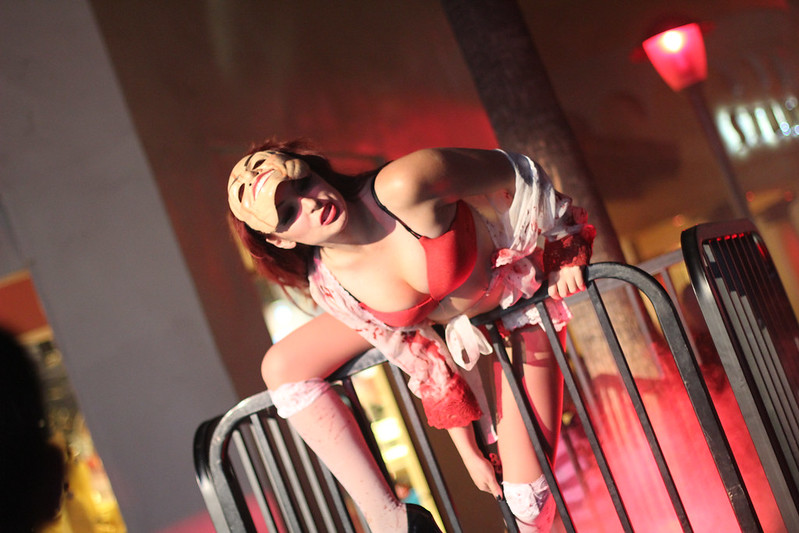 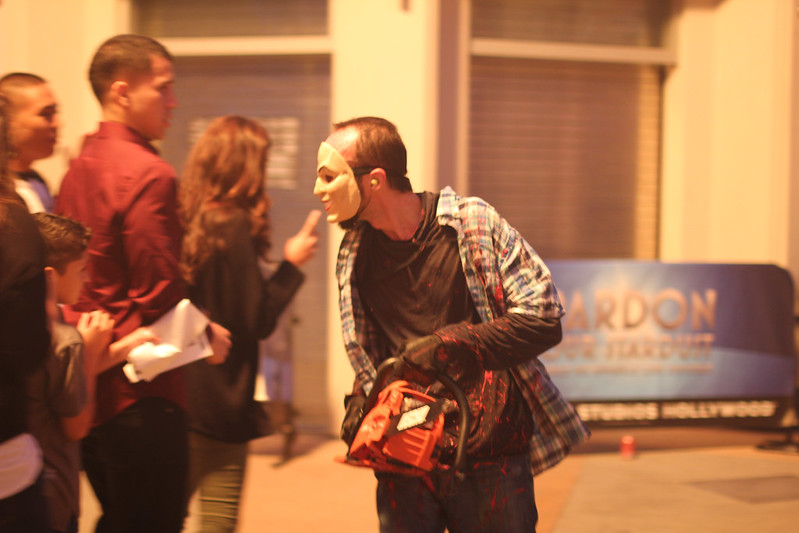 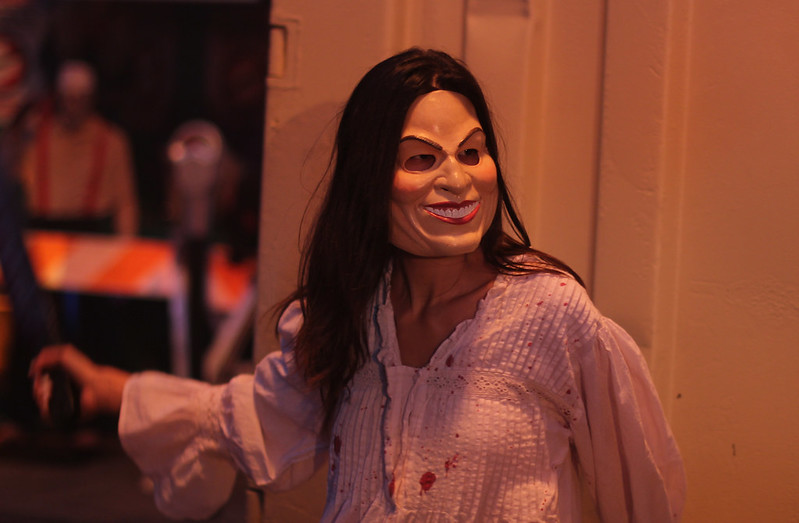 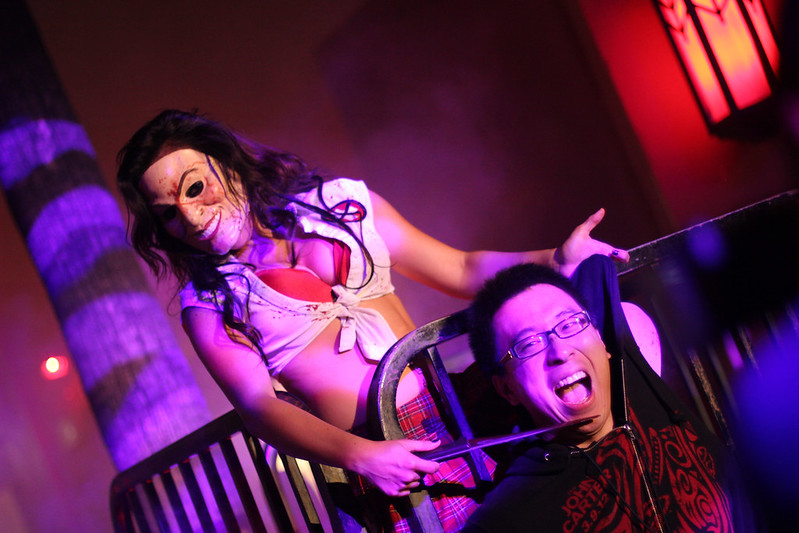 Chucky is also making a return to Halloween Horror Nights – this time inspired by the upcoming release, Curse of Chucky.

Taking over Baker Street, the Curse of Chucky includes Chucky himself as well as a plethora of disfigured monsters. Chucky’s Insult Emporium also makes a return, with shows occurring every 30 minutes on the balcony located above the main street. 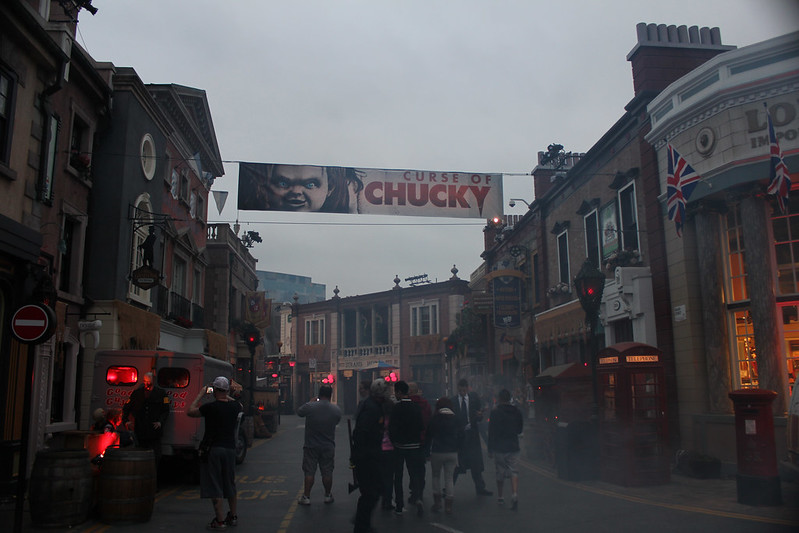 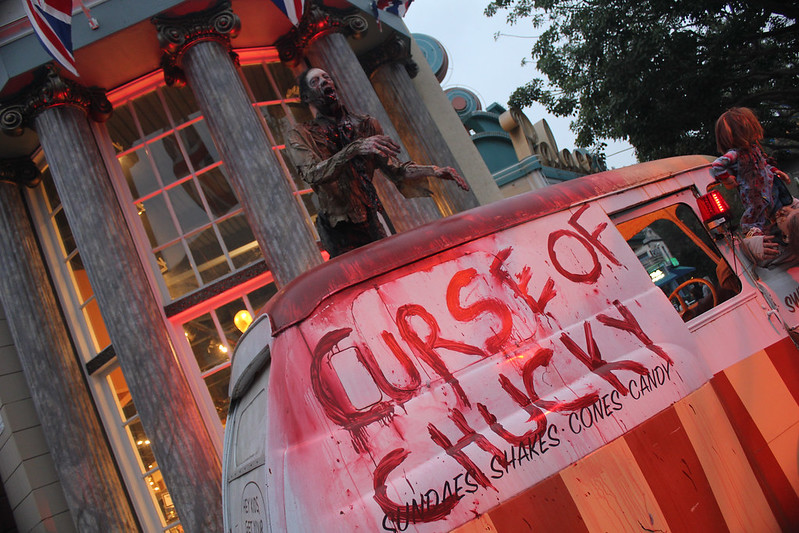 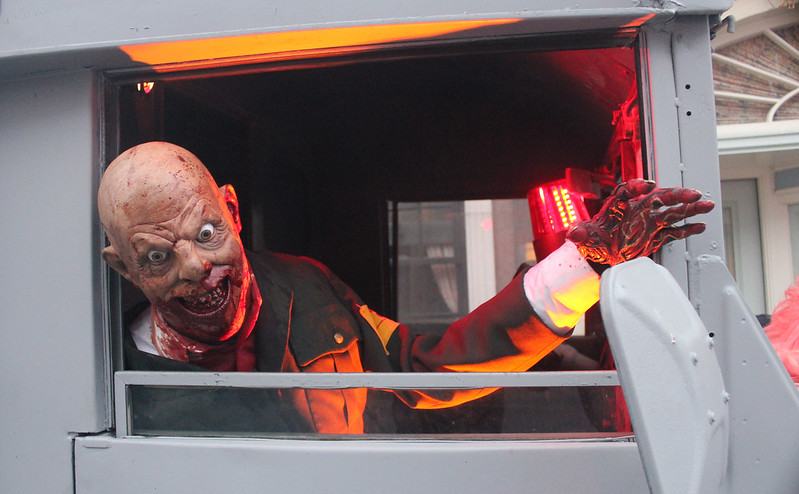 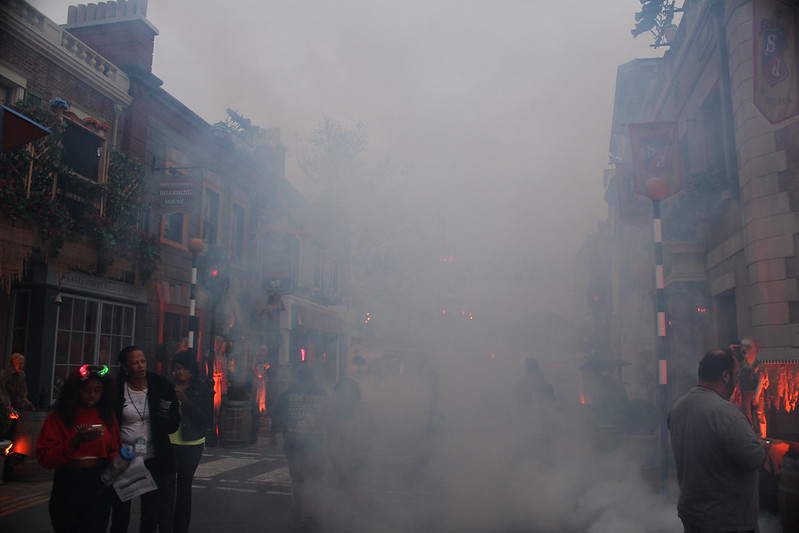 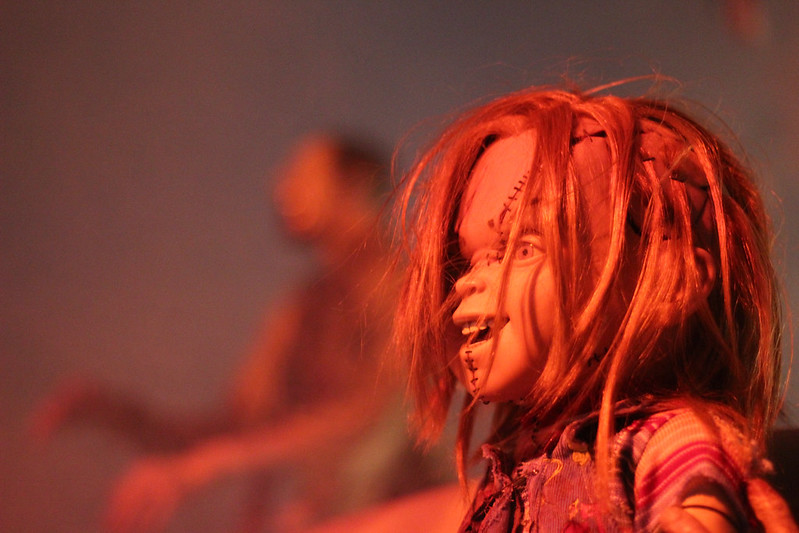 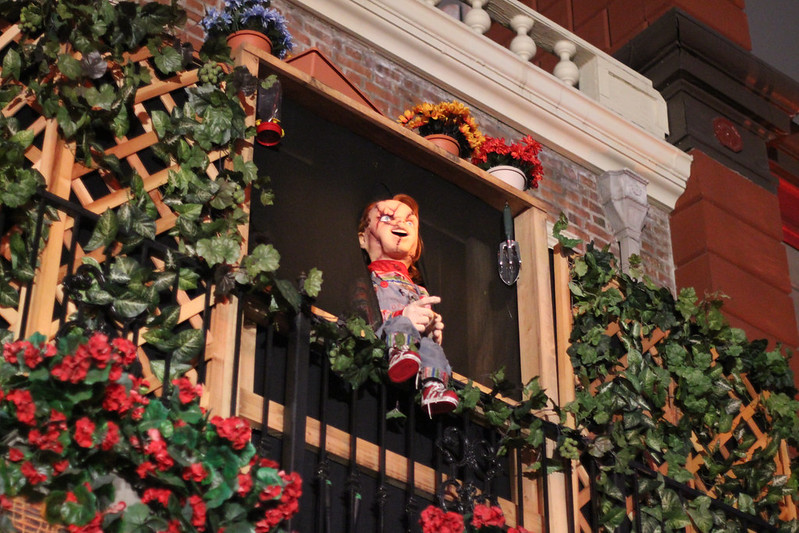 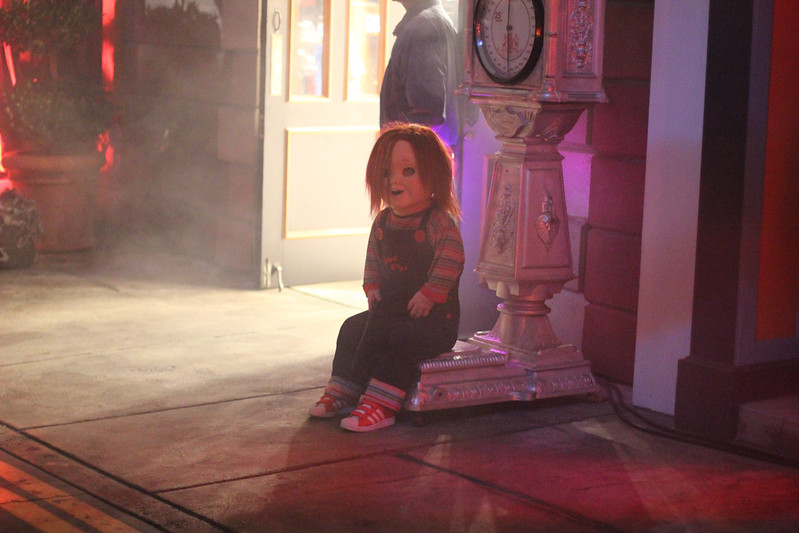 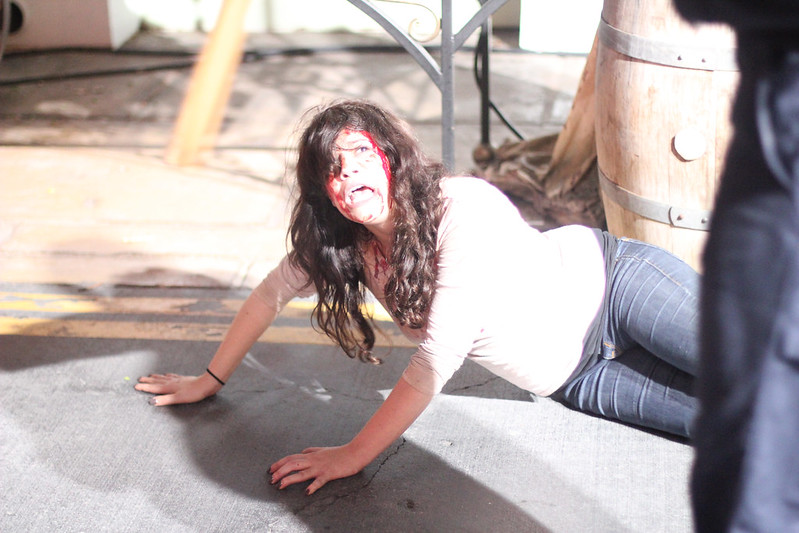