December 12, 2013 – Doc Brown’s Chicken and the Cantina restaurant will likely be closing in January 2014, Inside Universal has learned.

Named after Dr. Emmett Brown from the Back to the Future franchise, Doc Brown’s Chicken is modeled after the eccentric scientist’s fictional chicken restaurant, which once stood next to the now-defunct Back to the Future motion simulator. The building itself has long been a staple on the Entertainment Center, playing host of a number of films-inspired themes in the past – including as the Flower Drum Song Restaurant in the 1980s.

No specific date has been confirmed, though January 4 or 5 have both been rumored as possible closing dates for both venues. This would coincide with the end of Grinchmas 2013.

The fictional town of Springfield from the Simpsons has long been touted as a possible replacement for much of the current food options available within Simpsons Plaza. The original Springfield-themed land opened at Universal Studios Florida in early August of this year to much acclaim. Such an expansion would be a first at Universal Studios Hollywood, which currently lacks a coherently themed dining area.

Stay with Inside Universal for continuing coverage on this and other stories originating from Universal Studios Hollywood. 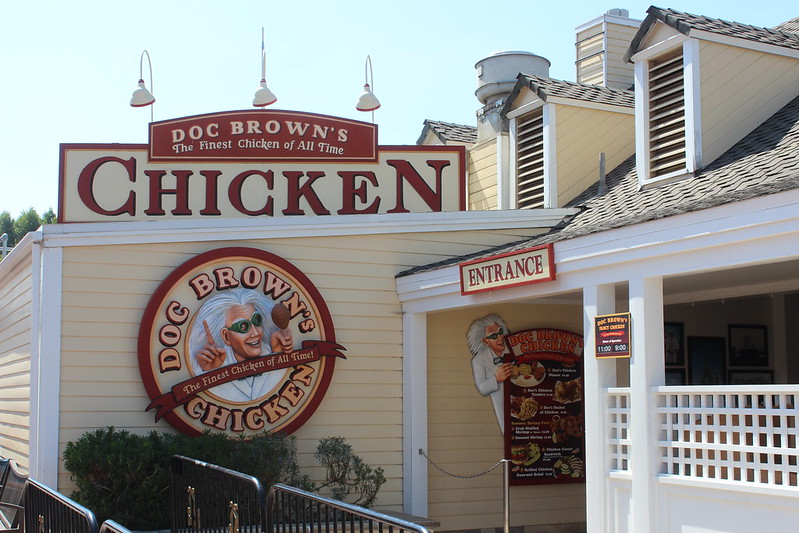 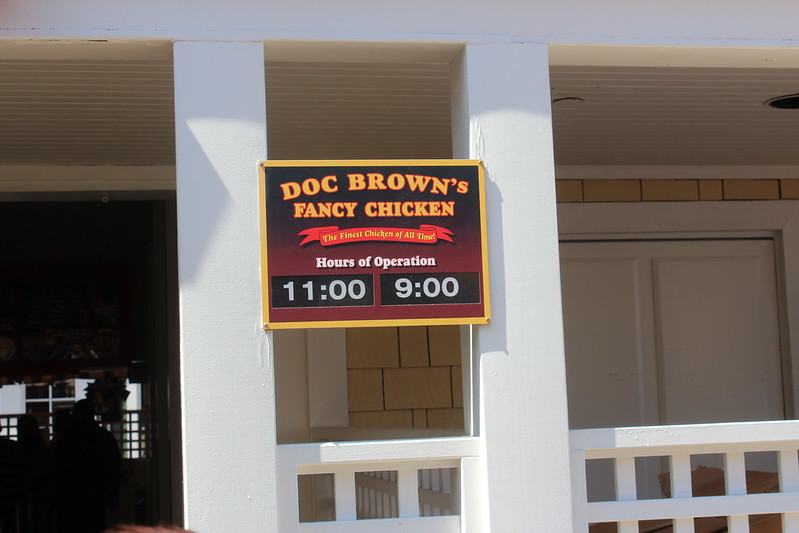