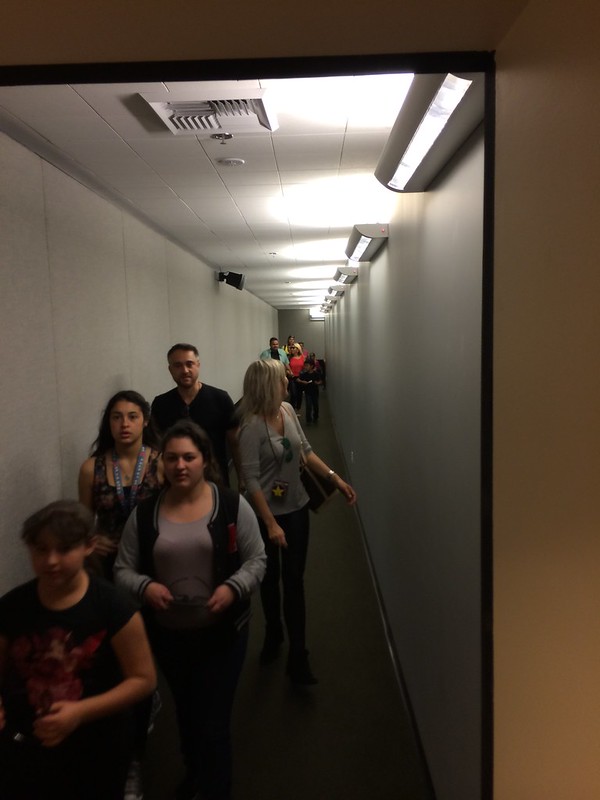 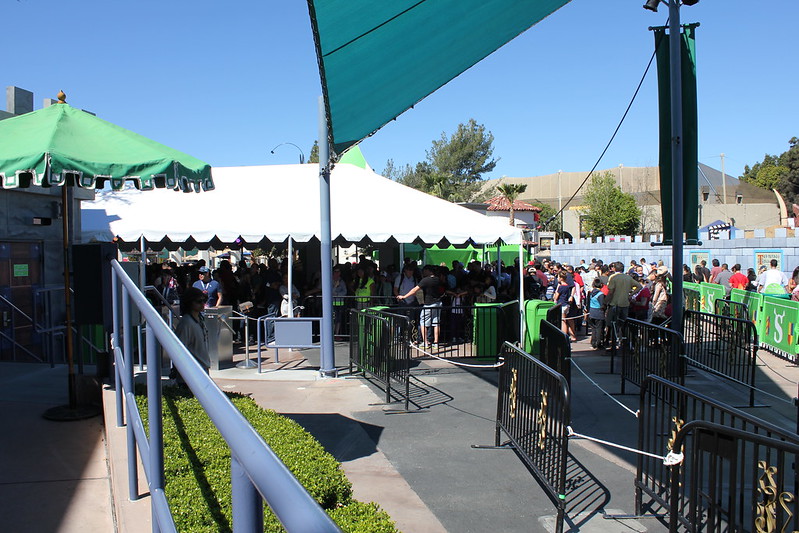 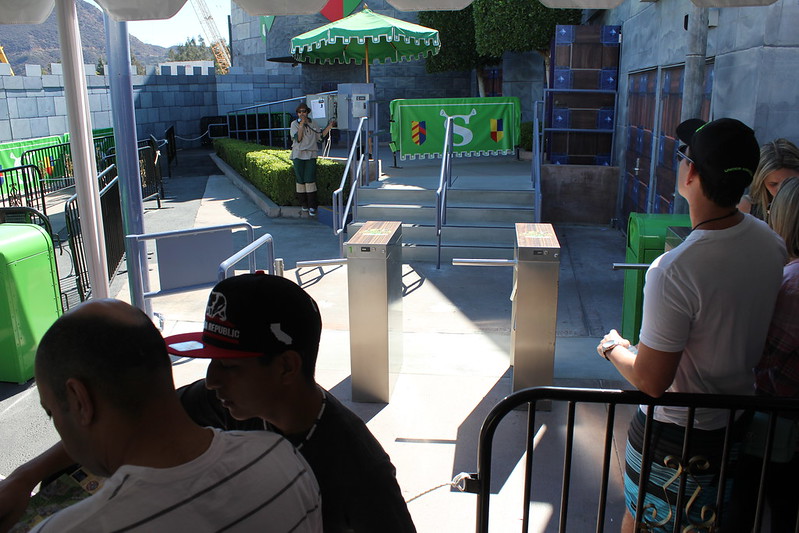 February 23, 2014 – As construction progresses around the future site of The Wizarding World of Harry Potter, new adjustments have been made to Shrek 4D – specifically related to the navigational layout of the theater’s entrance.

The attraction debuted in 2003 with the bulk of its queue in front of the building’s entrance, wrapping around to the building’s side. Once construction started in September 2013 in preparation for Hogsmeade, a massive chunk of the queue in front was taken out in lieu of the temporary queue in place today alongside a truncated entrance. The extended queue near the now-demolished Gibson Amphitheater has also been taken out as walls for the Wizarding World continue to push inward into Shrek’s domain. 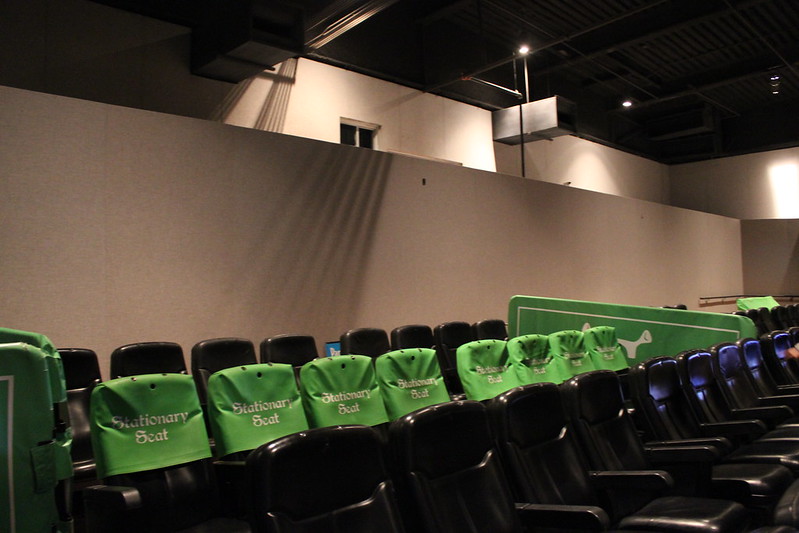 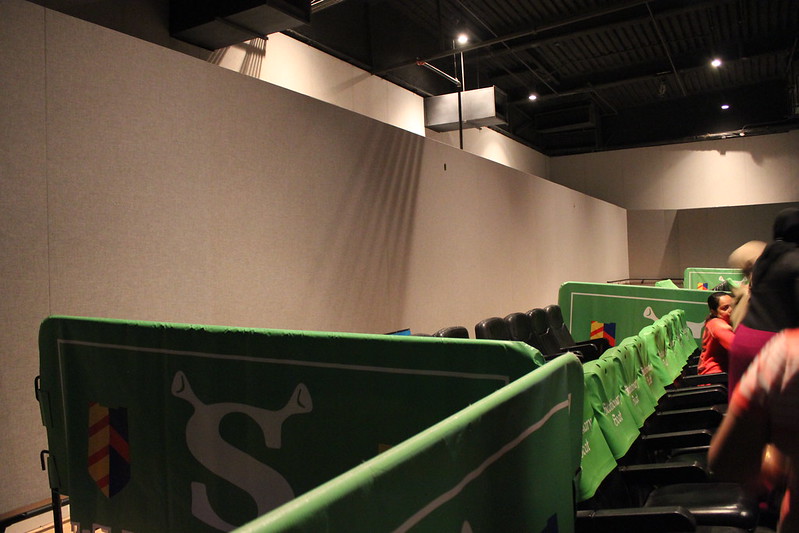 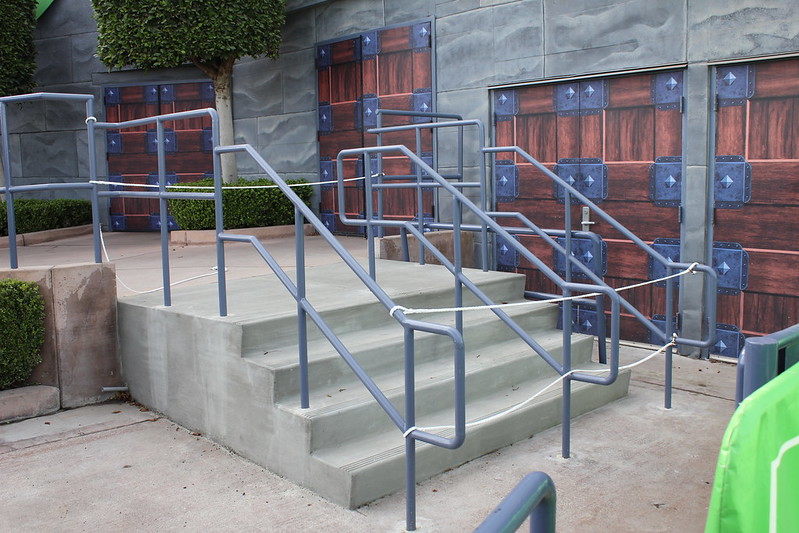 With Wizarding World encroaching onto Shrek, walls have now emerged in the rear of the theater replacing the back few rows. A set of stairs have now appeared in front of the building, leading towards the rear doors.

Inside Universal has learned that the original design queue which wraps around the back of the building may be eliminated as guests now funnel though the back of the theater into the torture chamber. The current queue appears to require a second set of modifications in order for Shrek to continue operations throughout this construction phase.