February 17, 2014 – First on Inside Universal – Over the weekend, Universal Studios Hollywood briefly introduced a new character street party/meet-and-greet at Universal Plaza for a limited engagement.

Dubbed “Universal’s Lights, Camera, Action Celebration,” the character meet-and-greet occurred at Universal Plaza without any official fanfare or promotion, with team members persuading guests to gather in the central area just minutes before each performance. Characters and prop vehicles would then circle the perimeter of Universal Plaza before performing a brief song and dance routine in the center of the piazza.

Frankenstein, SpongeBob SquarePants, Lucy, Doc Brown, Count Dracula, Beetlejuice, Shaggy, Scooby, Betty Boop, Curious George and Woody and Winnie all made appearances in this impromptu parade along some some rarer vehicles from Universal’s past – including the 1932 Model A from The Marx Brothers and Dracula’s hearse. 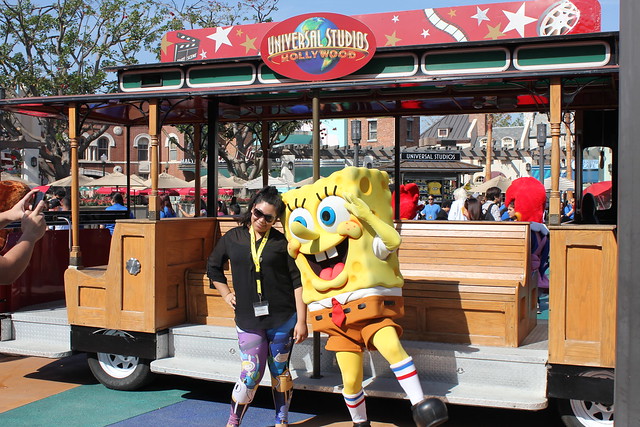 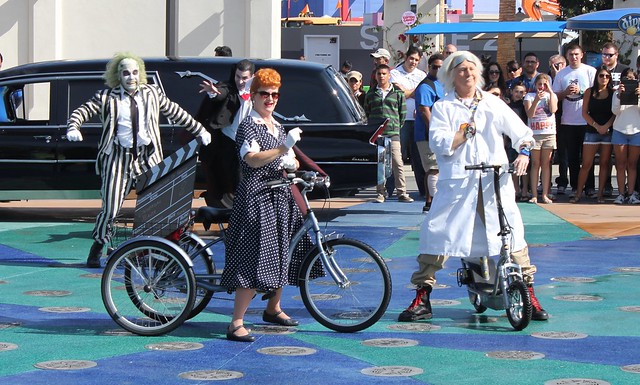 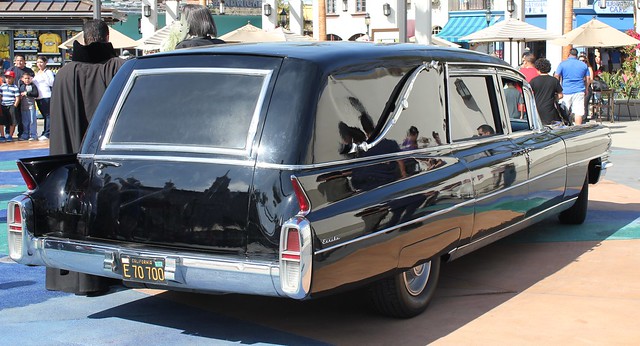 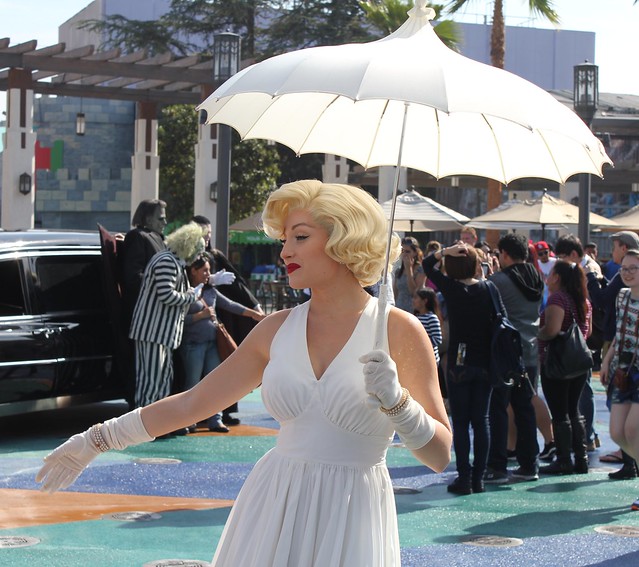 All indicators have suggested that the Lights, Camera, Action Celebration Street Party is simply a test to gauge guest reaction, and while Universal has not officially announced any celebratory plans for the park’s 50th anniversary, Lights, Camera, Action may signal an overall push towards more in-park entertainment options as construction for Wizarding World and Springfield continues.