April 13, 2014 – As Inside Universal reported last week, Universal Studios Hollywood has completed the finishing touches on a new quick service restaurant dubbed Theatre Cafe. Taking place of the Hollywood Shoppe gift shop, the new eatery was unveiled last Friday as Despicable Me: Minion Mayhem was unveiled to members of the media and public.

The new eatery provides healthy food options that include freshly made sandwiches, gourmet salads, specialty wraps, sushi and hot entrées. Guests will also find an assortment of snacks such as fruits, chips and cookies.

There is limited seating inside Theatre Café, although Universal has added tables and chairs in front of the restaurant and alongside Baker Street. 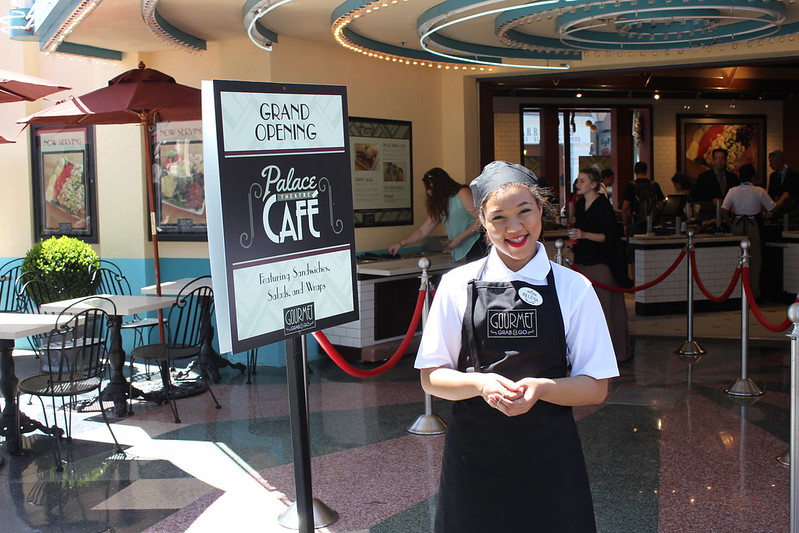 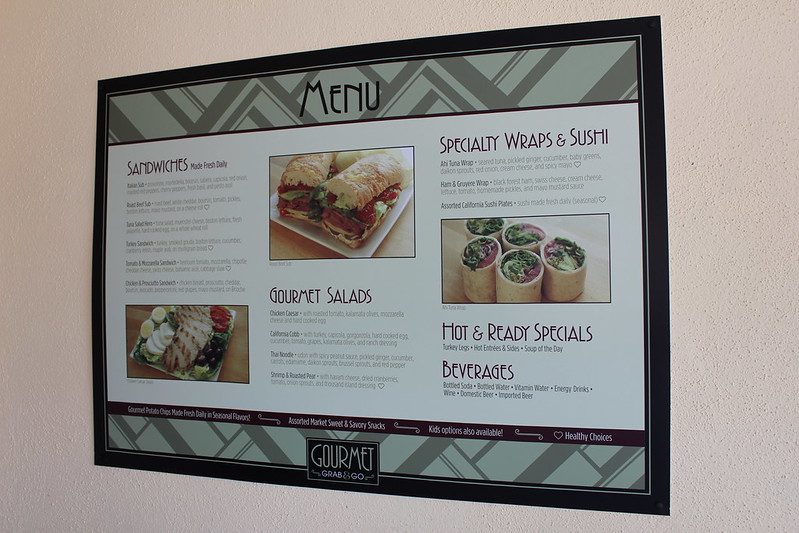 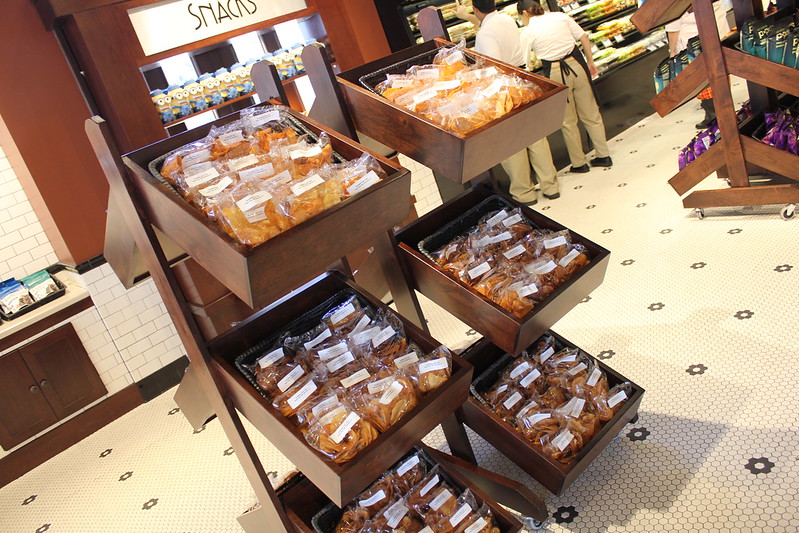 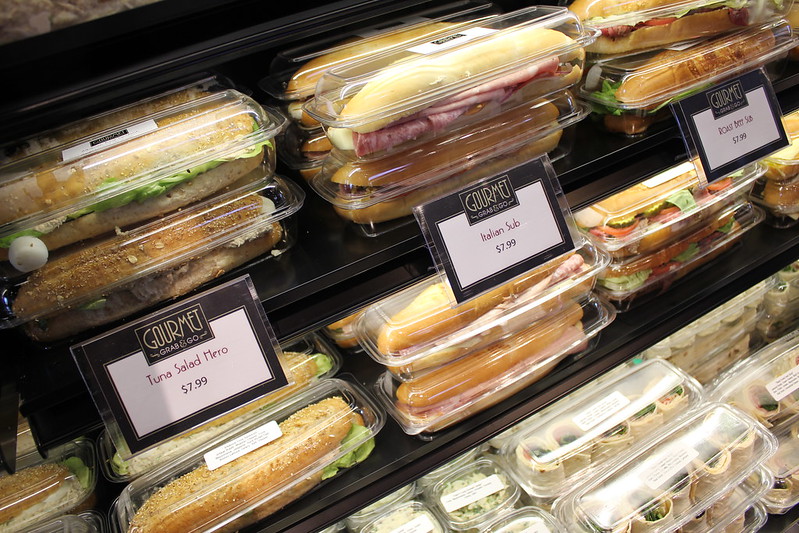 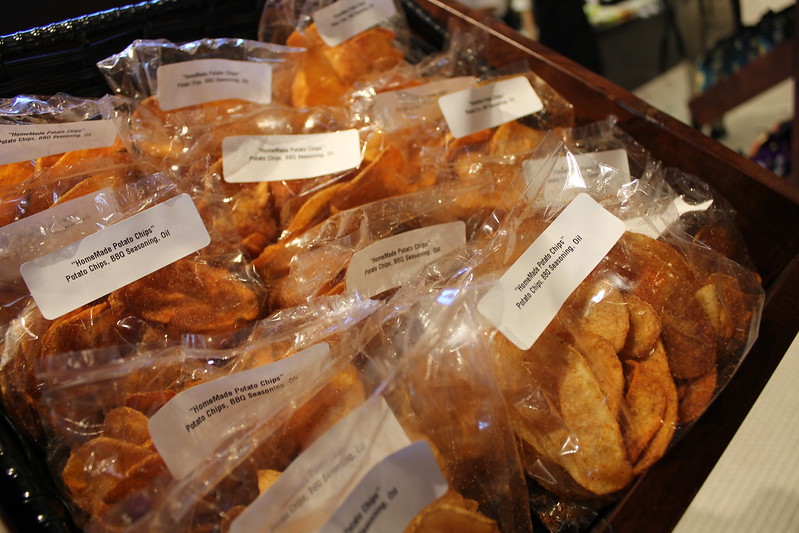 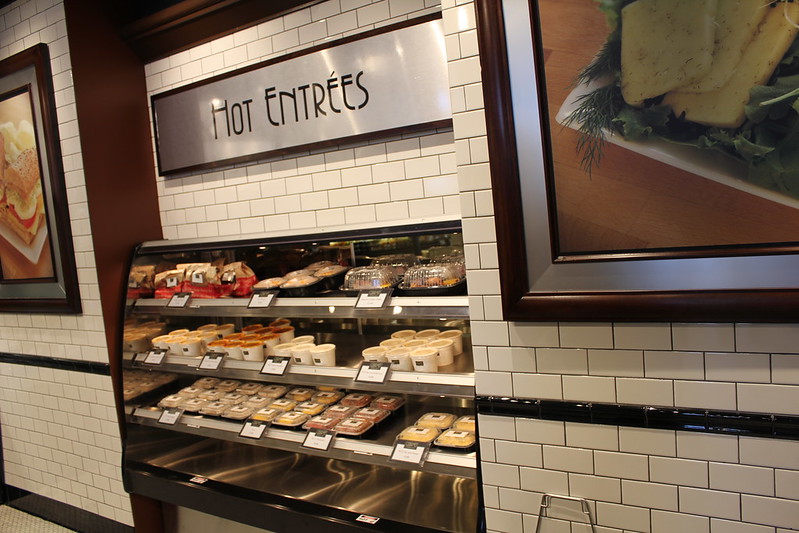 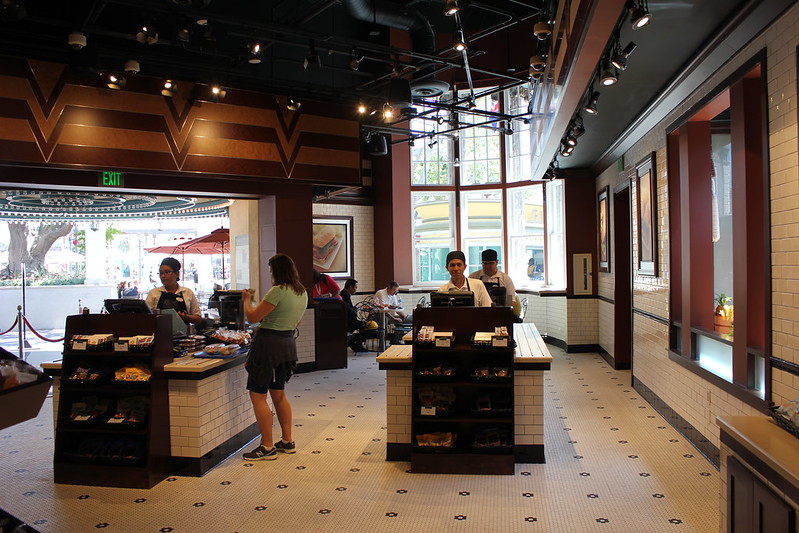 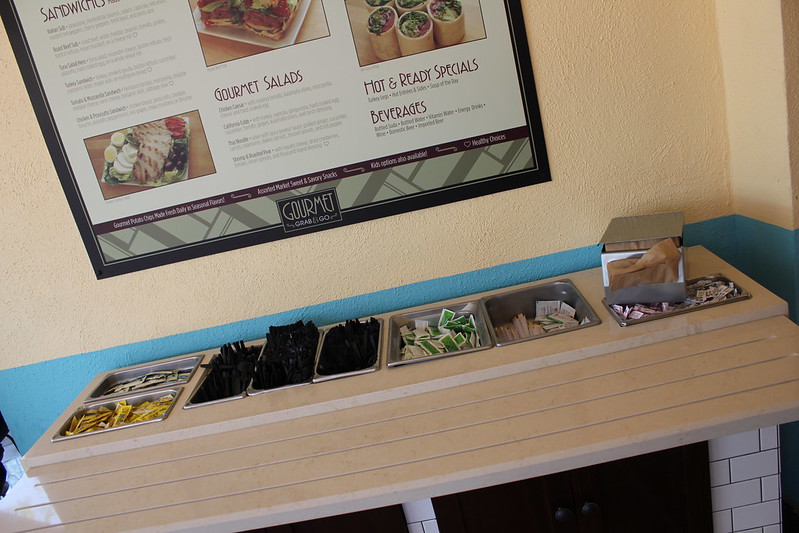