June 22, 2014 – Construction has begun for the Universal City Station pedestrian bridge, Inside Universal has learned. 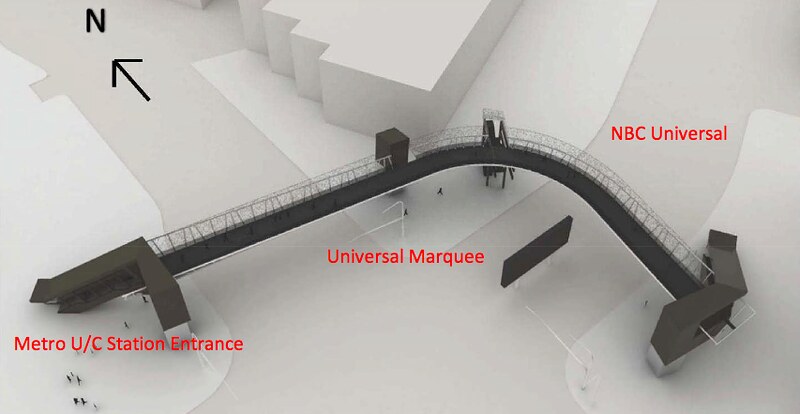 The current pedestrian bridge project is seen as an alternative to the original underground proposal, which called for a pedestrian tunnel to Universal City. The tunnel concept was eventually scrapped due to cost constraints, and the bridge project was reintroduced with the recent approval of the NBCUniversal Evolution Plan. With the current project underway, NBCUniversal has agreed to fund a portion of construction costs, with the remainder funded by Proposition A. 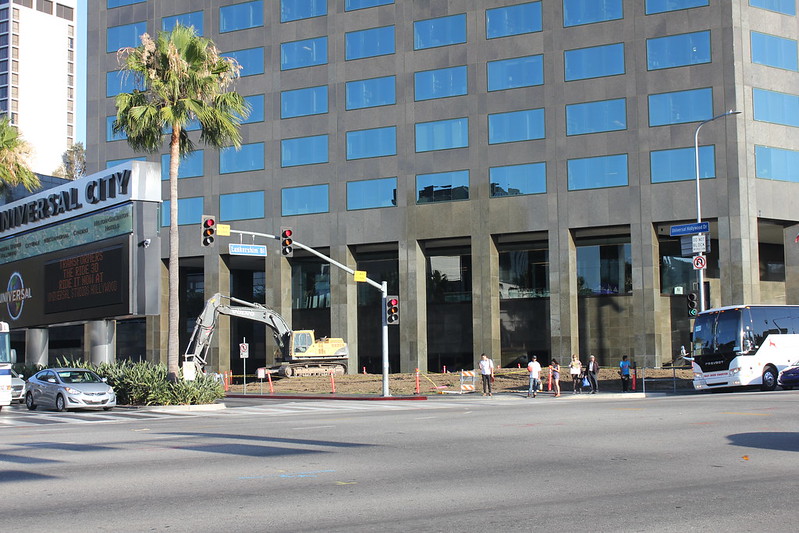 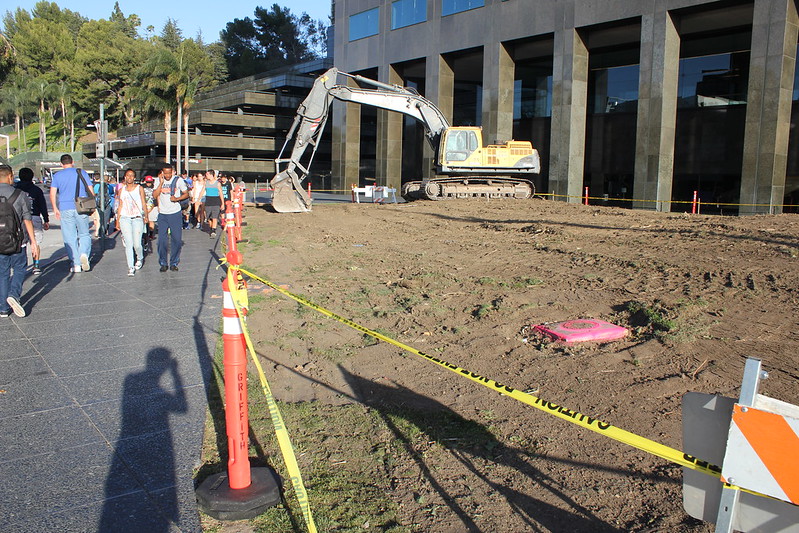 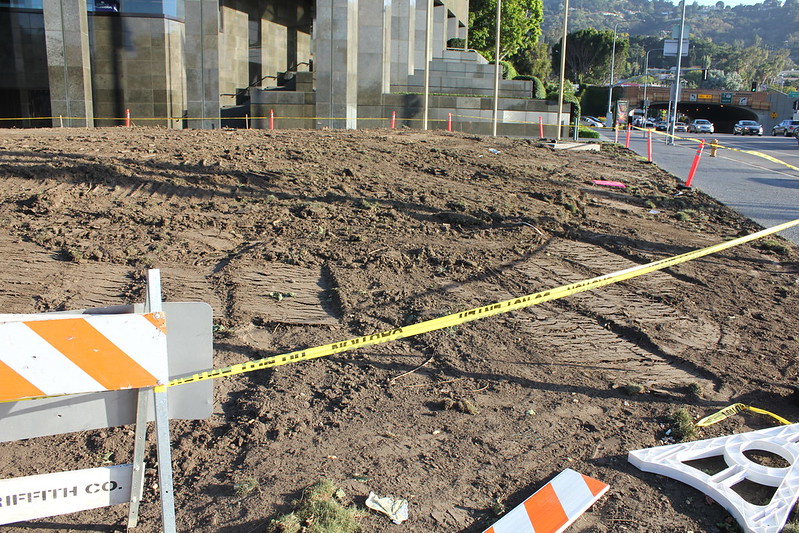