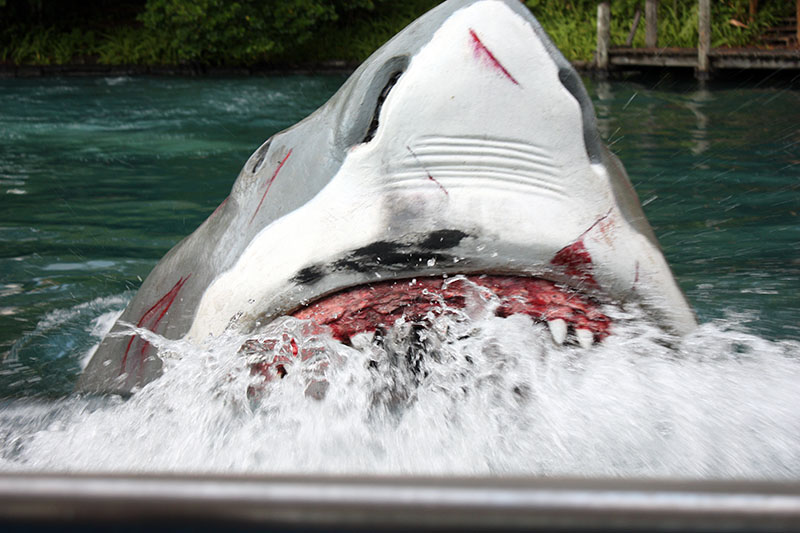 Welcome back to another installment of Drew’s Top 5. This week, we’re gonna look to the past a little bit.

In honor of Shark Week, we’re going to countdown the Top 5 reasons we (mostly I) miss Jaws. The attraction was one of Universal’s staple attractions during it’s infancy and was beloved by many. One of the reasons I became such a fan of theme parks was due to my experiences on Jaws. I’ll try and spare you all the sappy crap. For the record, in no way is this article tended to be a slight at Diagon Alley. Simply a remembrance to the mighty beast who stalked tourists in the waters of Amity.

E.T. is famous in our community for having “the smell” in it’s queue. That smell you can’t quite explain, yet it’s one of those things that let’s you know you are there. Just like smells at rock concerts and such.

Jaws had a unique “smell”. The smell of the lagoon… and gasoline. In a day and age when most attractions are indoors and some type of simulator… to be out on the water (granted on a track) gave a special feeling to the ride, and to smell the water added to the atmosphere that the ride created. You don’t see rides like this being created now a days.