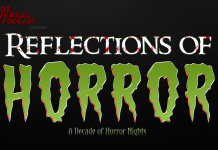 Brian Glenn - October 31, 2020 0
Universal Orlando is offering guests a Halloween treat as they are set to open a haunted house inspired by the 1988 film, Beetlejuice today. The...

Brian Glenn - October 29, 2020 0
In this special episode, we discuss the past 10 years of Halloween Horror Nights at Universal Orlando; counting down our Top 10 Haunted Houses...

Brian Glenn - October 27, 2020 0
Off the heels of Knott's successful new “Taste” experiences, Knott's Berry Farm has announced a new Holidays food and retail event with Knott's Taste...
© 2019 - All Rights Reserved - Inside Universalis not affiliated with Comcast, NBCUniversal, Universal Parks & Resorts, The Walt Disney Company, The Blackstone Group or SeaWorld Parks & Entertainment. You may not copy, redistribute, publish, sell, or otherwise make the original contents of this website available to third parties unless you have received prior authorization from Inside Universal.
This website uses cookies to improve your experience. We'll assume you're ok with this, but you can opt-out if you wish.Accept Read More
Privacy & Cookies Policy