September 2, 2014 – While attraction closures are usually bittersweet and filled with emotion from the cast, crew and fans, Universal’s House of Horrors’ closure may have been especially so.

Given soundstage 28’s planned demolition, Universal’s House of Horrors stood as one of the last bastions of Universal’s classic movie monster genre. With the attraction’s closure, horror fans saw the last major trace of Universal’s monster lineage removed from the theme park and studio that started it all.

However, despite the somewhat somber atmosphere, Universal’s House of Horrors went off with a celebratory send off with the cast and crew taking their final curtain bow to cheer and applause. 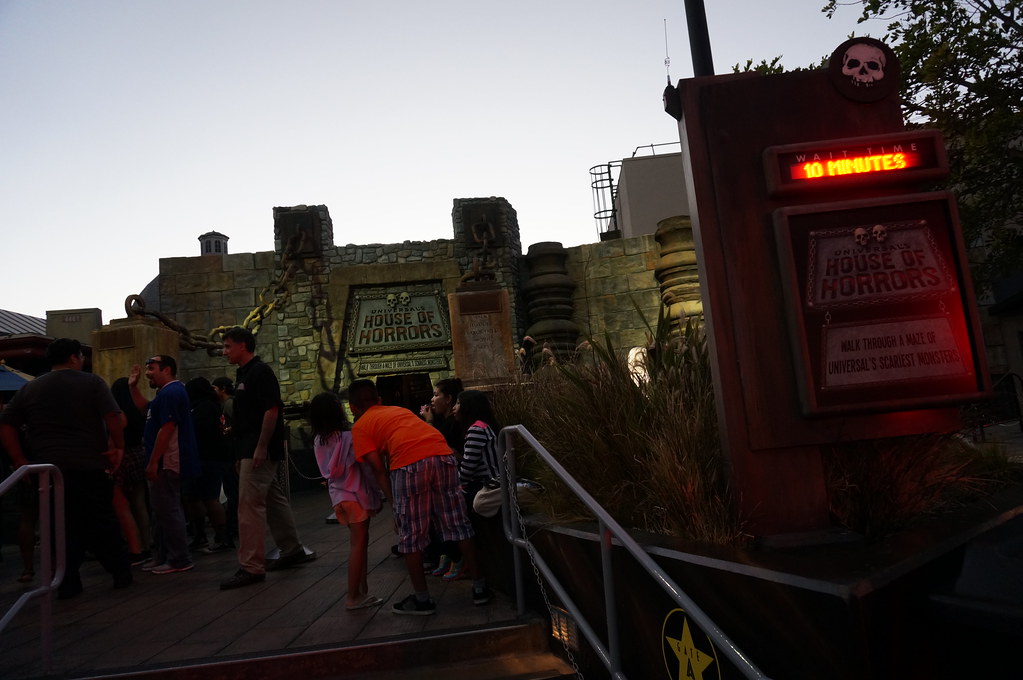 As House of Horrors prepares to close, fans and employees began gathering near the attraction’s entrance – taking photos and sharing memories from their experiences working (and experiencing) the attraction. 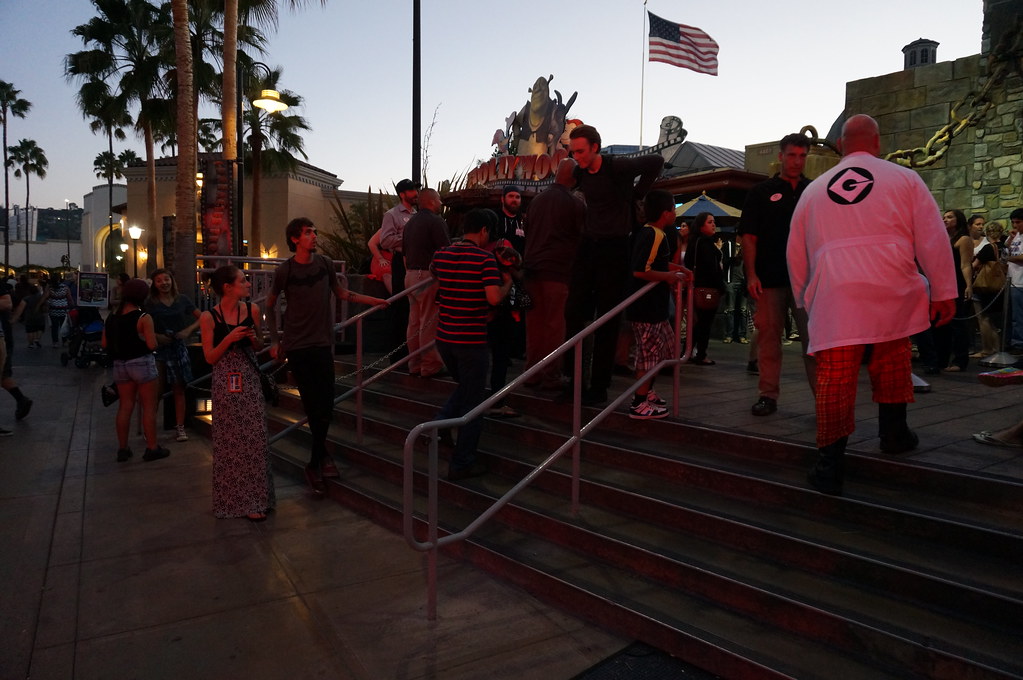 Despite the attraction’s last day, the walkthrough maintained a ten minute wait up until its closure, with daytime guests only receiving hints of House of Horrors’ eventual demise. 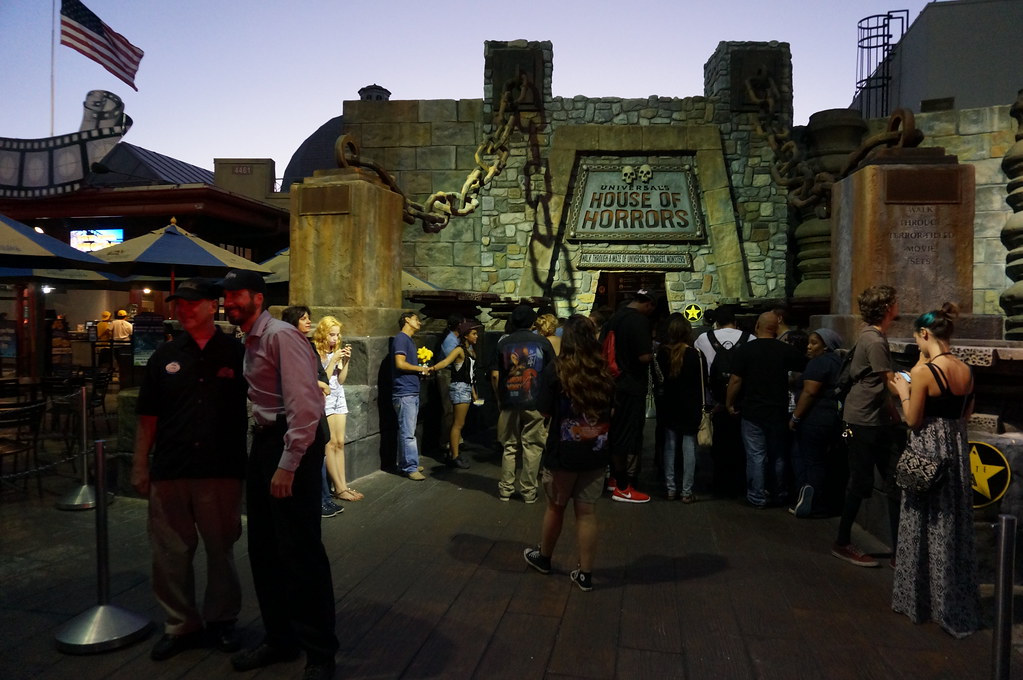 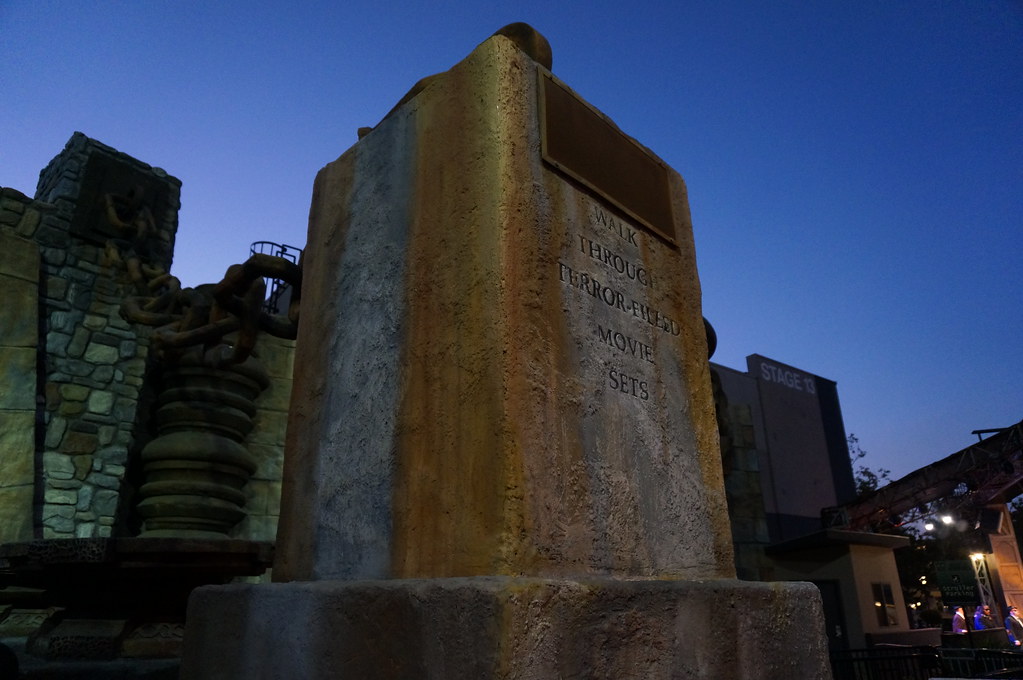 One final look before heading in. 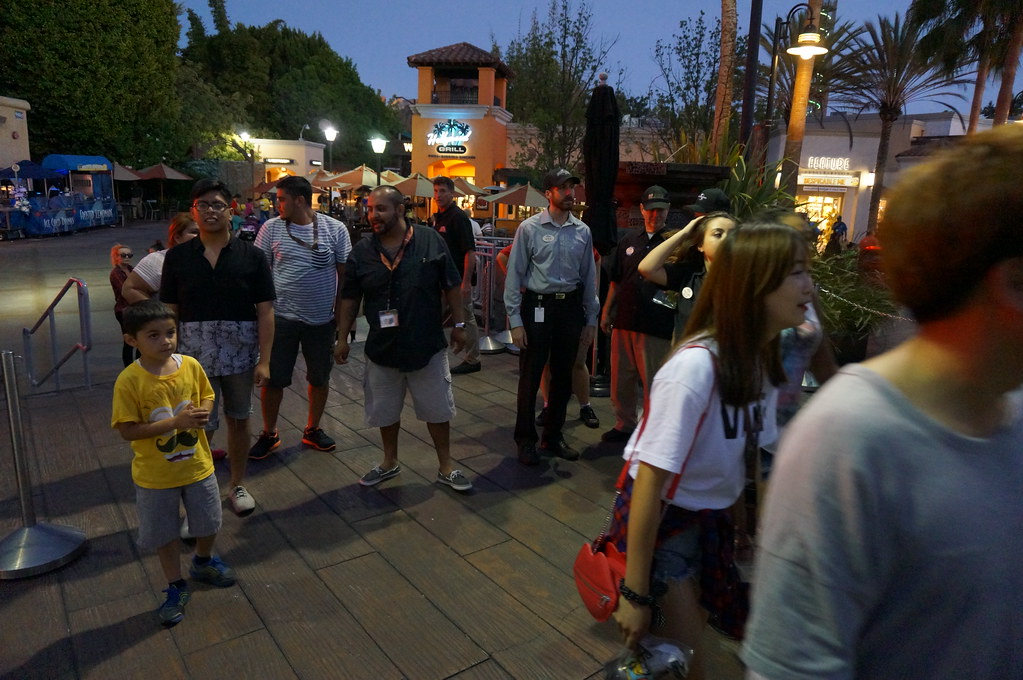 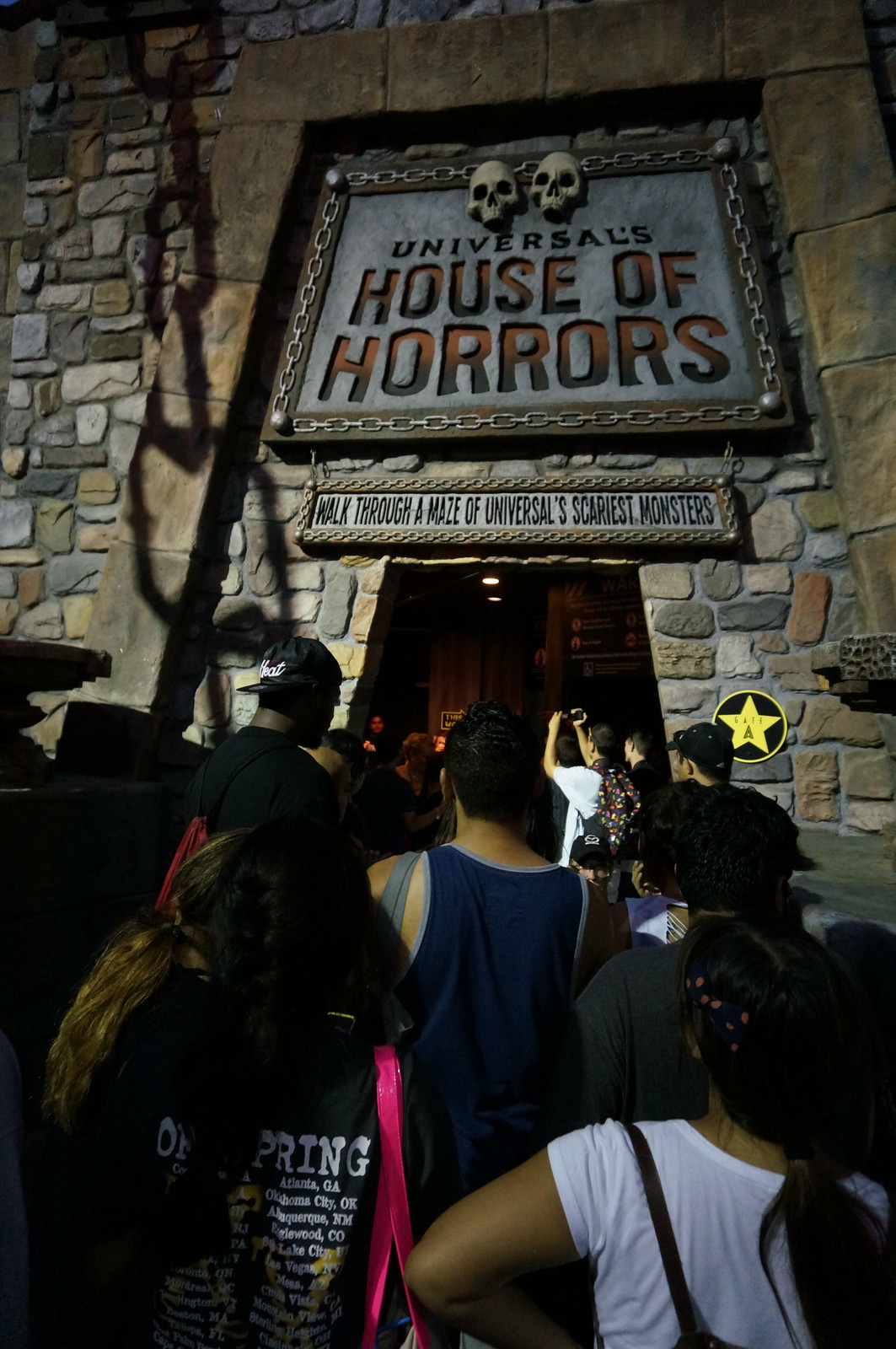 Employees initially gathered in the main lobby before heading into the extended queue. Meanwhile, fans were scattered about with cameras and camcorders fixated throughout the entire room. 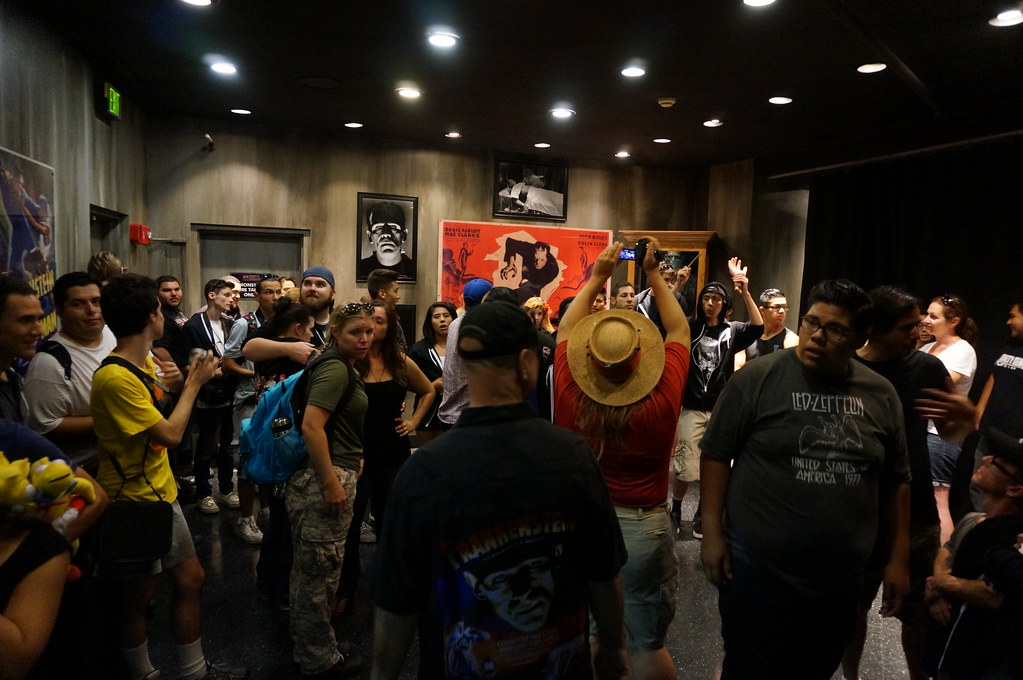 Eventually, fans were persuaded to head through the maze one last time. Semisonic’s Closing Time was played on the public address system as fans shuffled through.

What follows is probably one of the most unique experiences I’ve ever had in a haunted maze. The mood shifted from fear to jubilation and appreciation as scare factors shifted from jumps and scares to hugs and hand shakes. Fans and employees alike shared their gratitude in their final walkthrough.

If you have the time, I encourage you to watch the video above to catch the true sentiment of the evening. 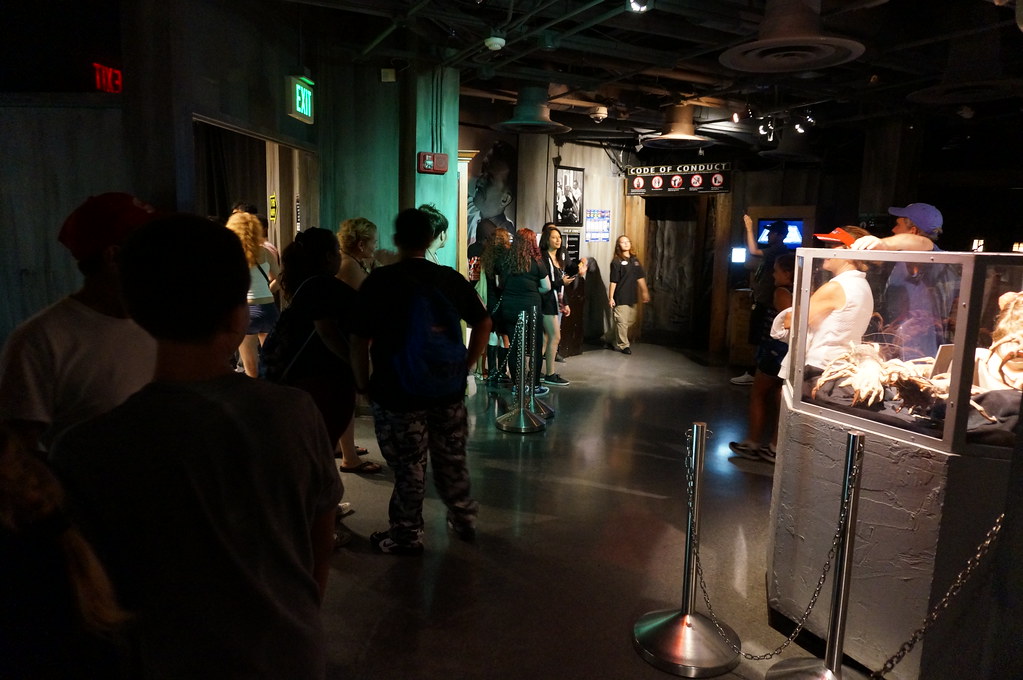 Eventually, employees began gathering near the exit of House of Horrors – cheering and applauding familiar faces and longtime colleagues. 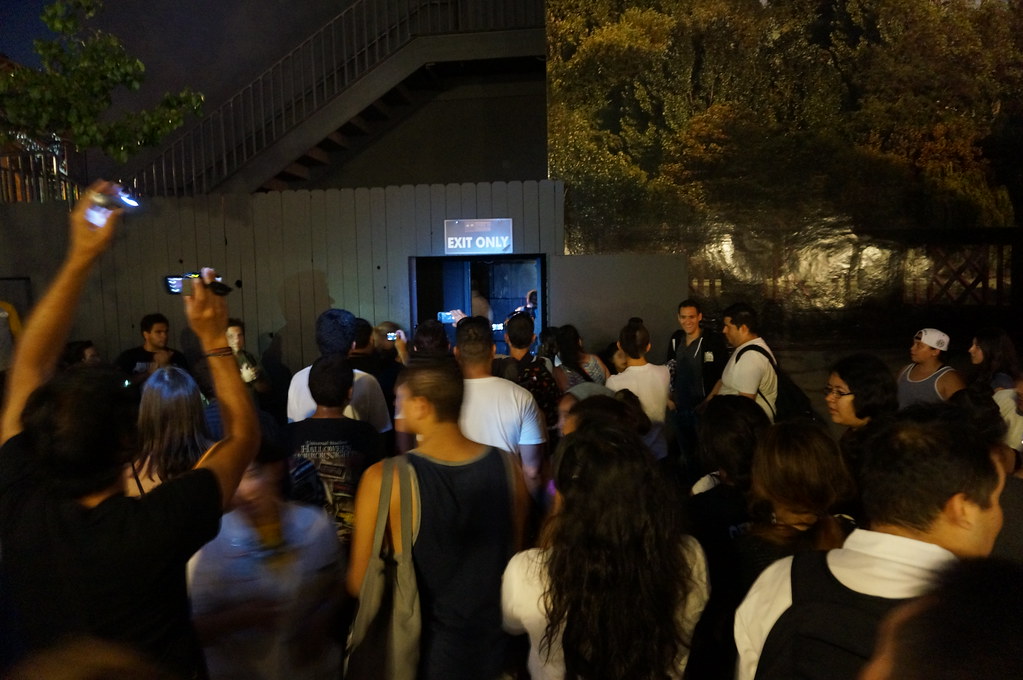 Finally, the cast and crew of House of Horrors gathered at the entrance to take their final curtain call with fans and fellow employees cheering them on. 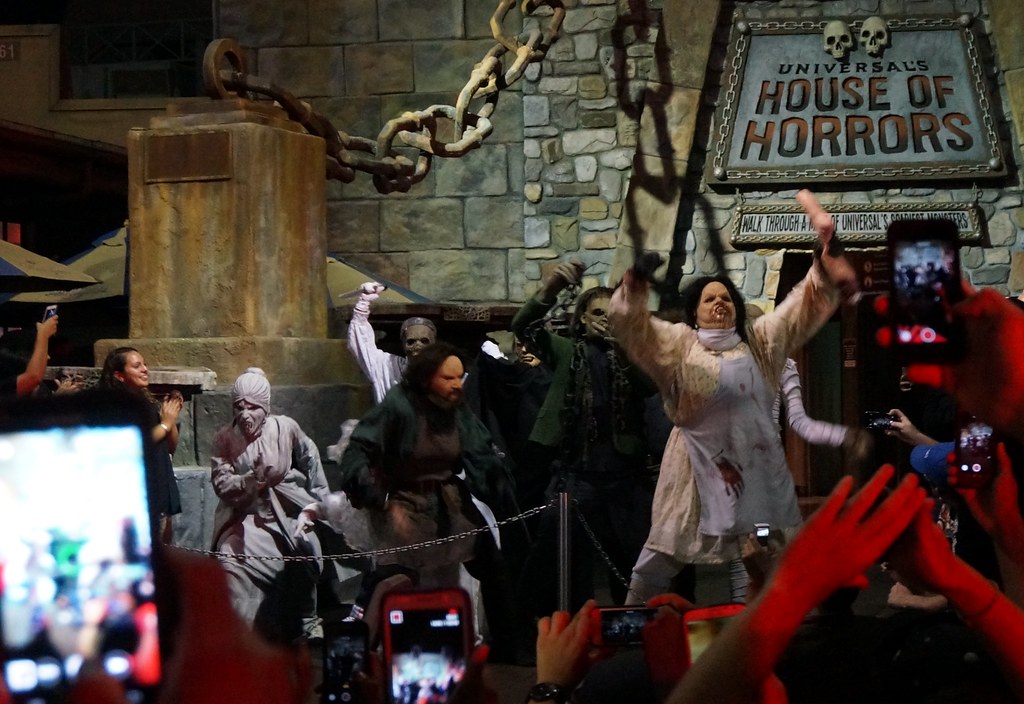 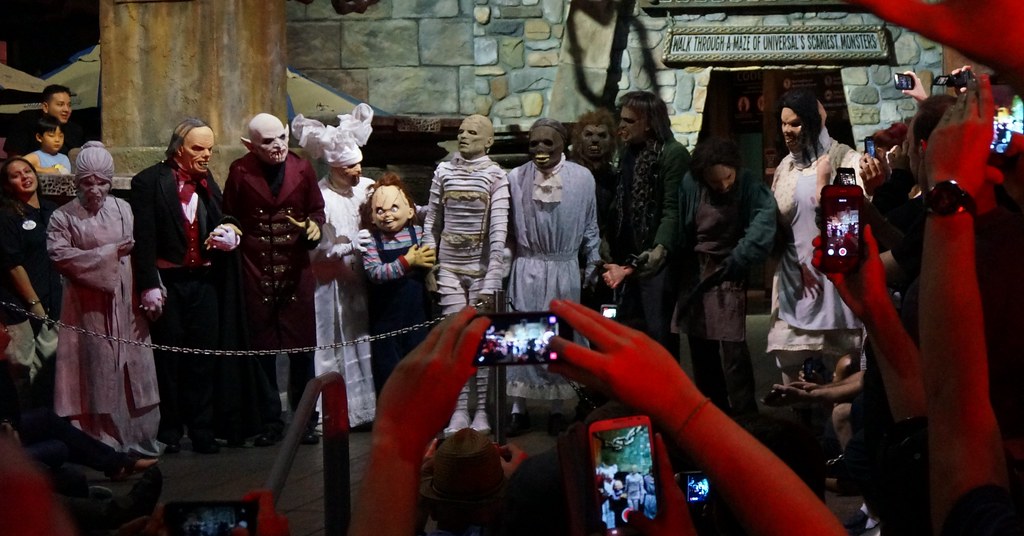 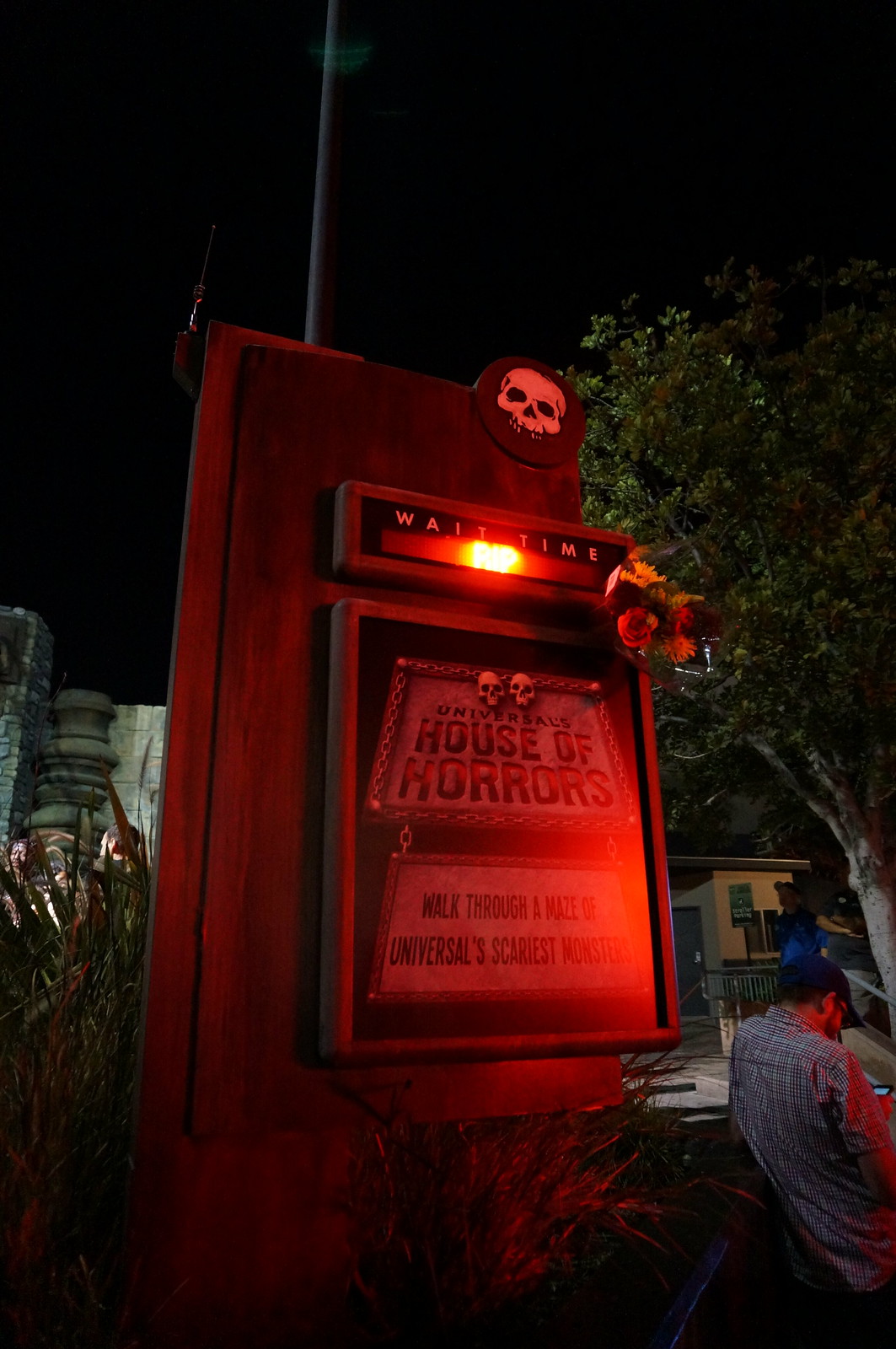 As is traditional with most Universal attractions, Universal’s House of Horrors’ final wait time displayed a rather fitting “RIP”. Earlier, an employee had placed a bouquet of flowers ontop of the digital display board as fans and employees took their last photos. 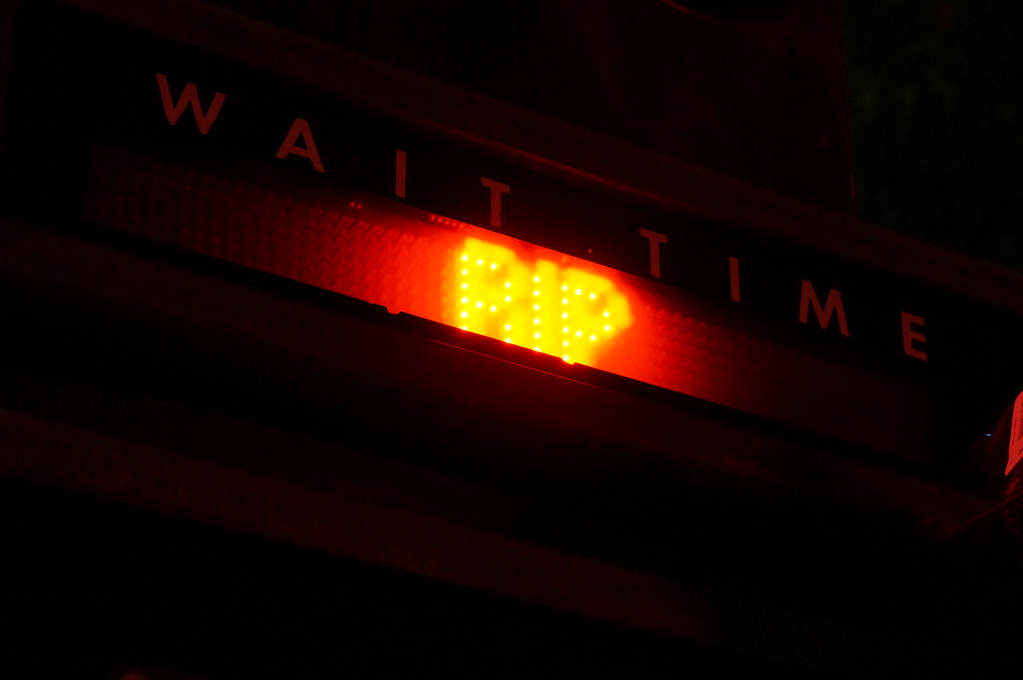 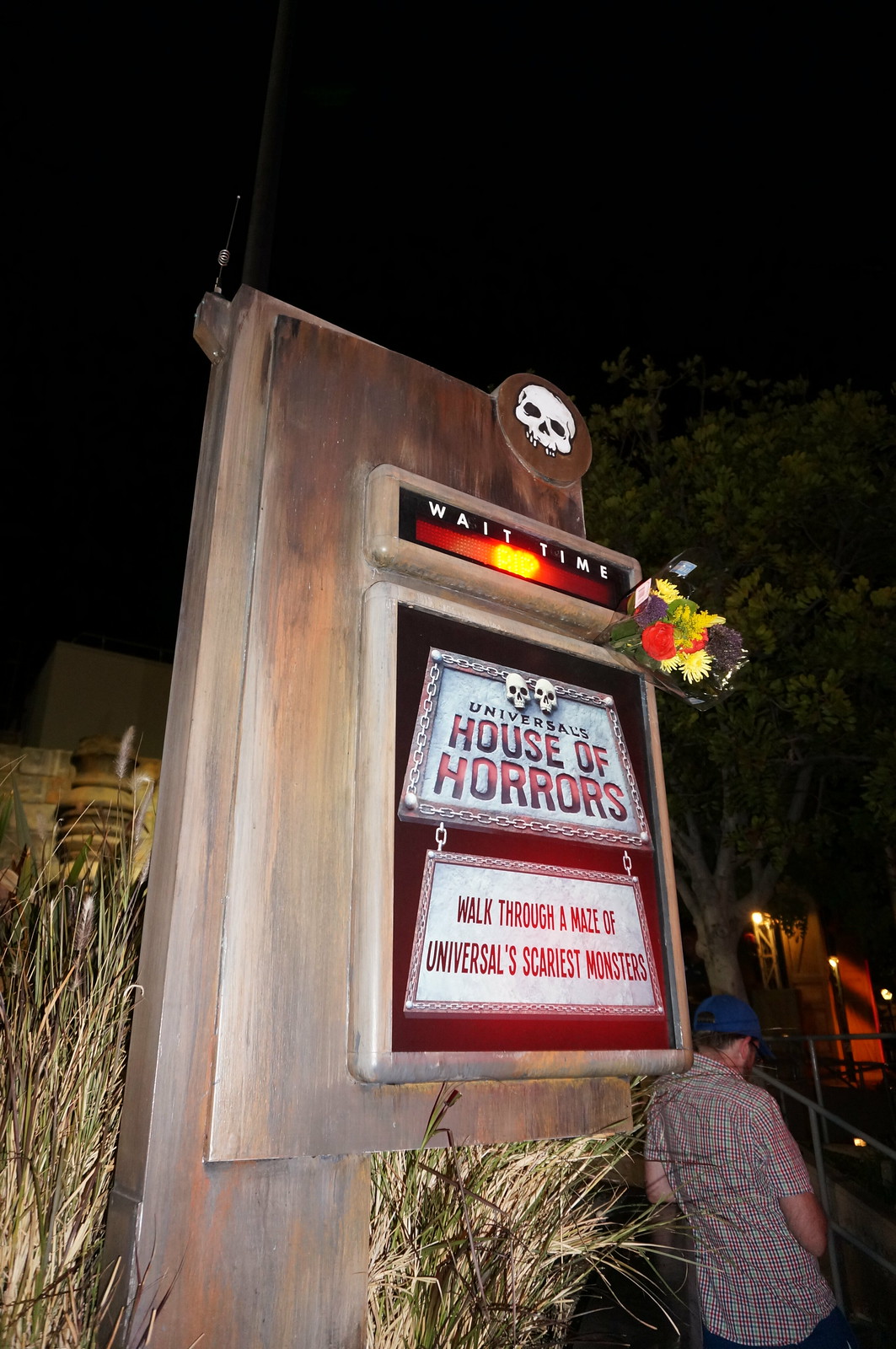 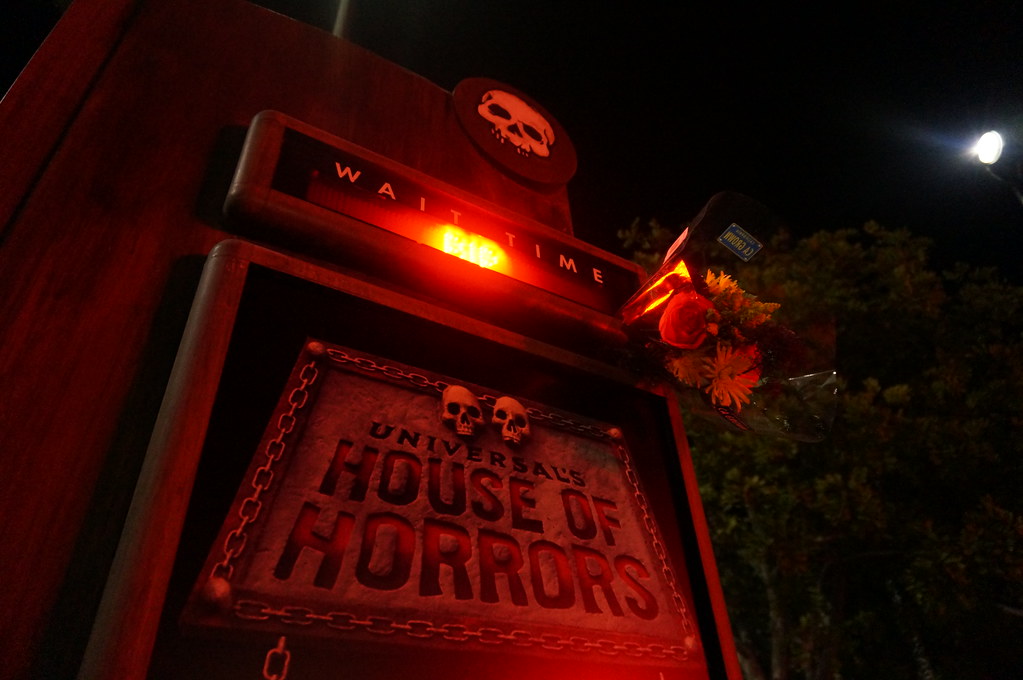 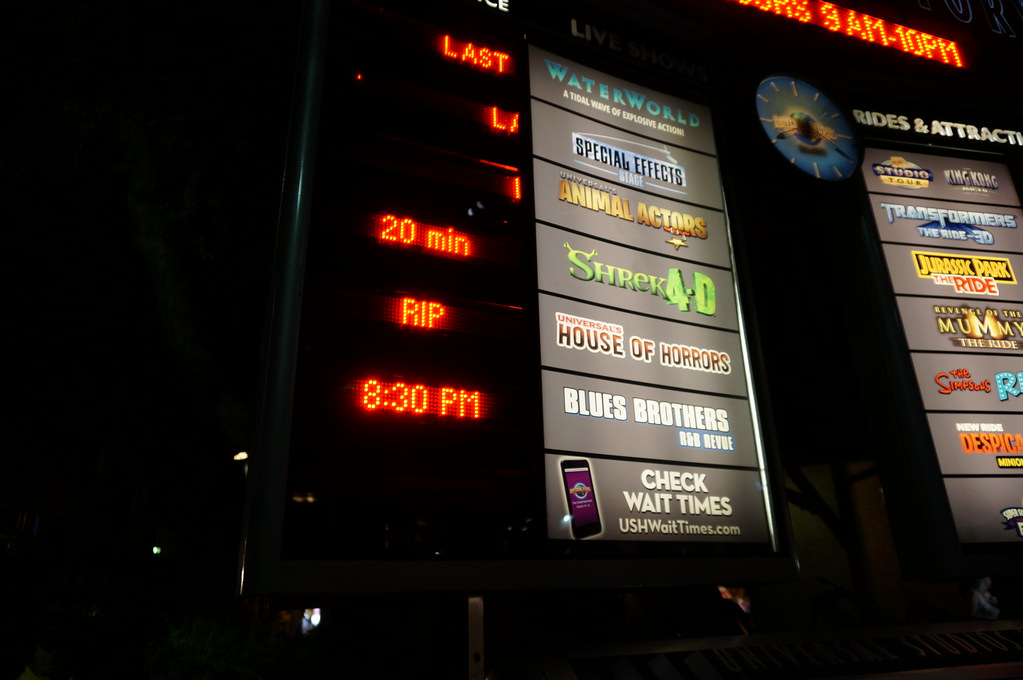 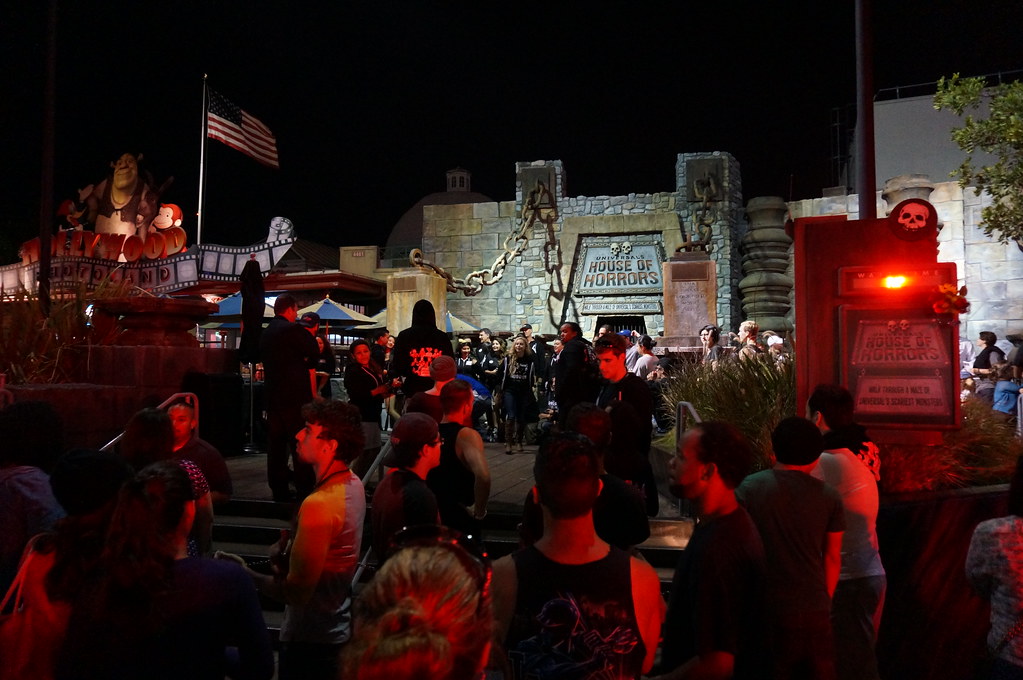 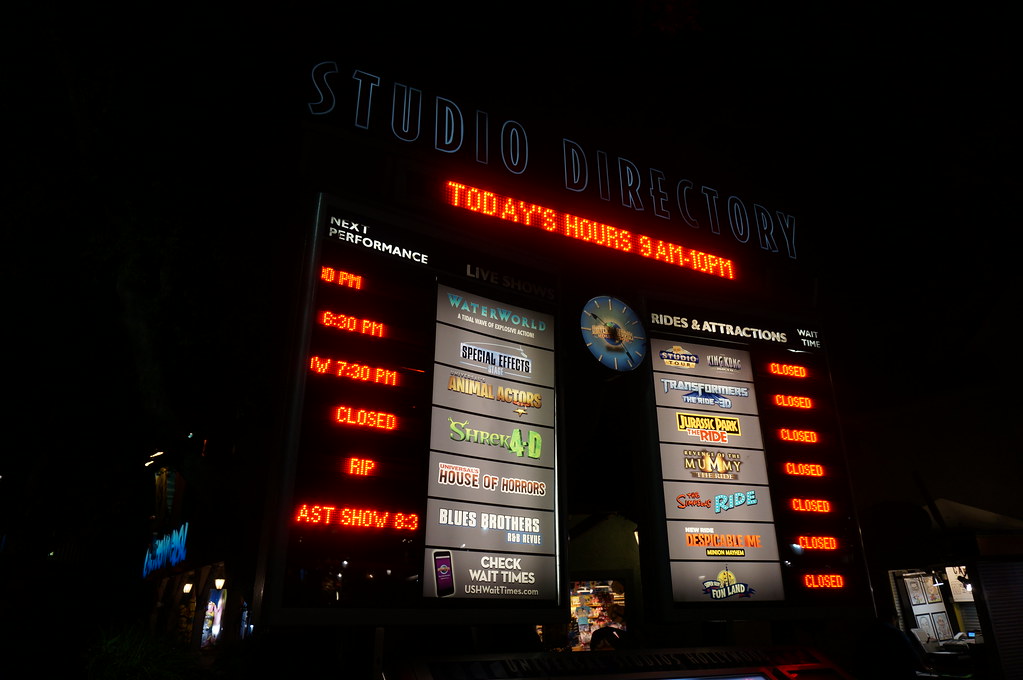 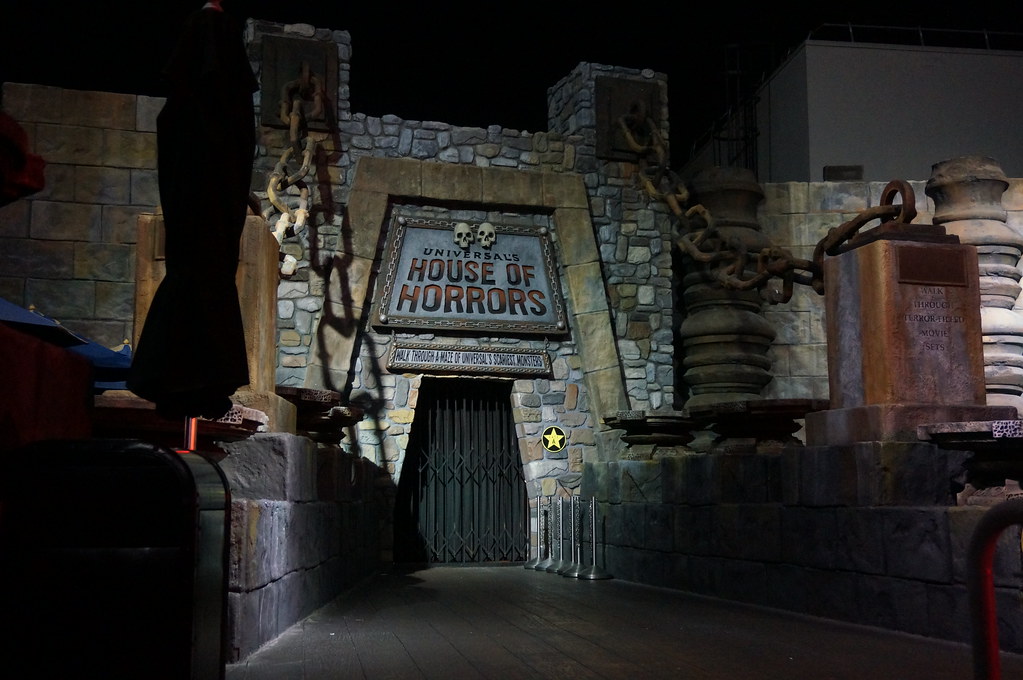 By the end of the night, Universal had seemingly resumed business as usual. In the near future, the entire building will be turned into a dining, entertainment and retail experience. It’s Hollywood after all, and progress often chugs forward in lieu of history and nostalgia..

As Universal continues to develop and change, one has to wonder if Universal’s classic monsters will still continue to have a presence at the studio’s original Hollywood park. With soundstage 28 and House of Horrors’ removal, traces of Universal’s horror lineage have all but been removed from Universal’s home.

In the end, one has to hope the likes of Frankenstein, Dracula and the Phantom receive the homage that they deserve. After all, for many fans, the monster was the best friend they’ve ever had.