March 28, 2015 – Following a year of extensive modifications, changes, and refurbishments, Shrek 4D has finally reopened with a brand new facade and queue.

Featuring a plush, forest-esque scene, Shrek’s 4D’s queue now uses a combination of ground-lights, brick barriers, misters and in-ground speakers to create a new immersive experience. In addition, new lighting fixtures, a refreshed faux-brick facade, a new sign and a relocated Donkey meet-and-greet cart allow the park to subtly transition from the show to the Wizarding World of Harry Potter – easing concerns that Shrek 4D may contrast dramatically alongside the immersive world of Harry Potter.

Alongside the new queue, the new Shrek 4D entrance also features a new common area that blends with the show’s entrance, allowing guests to rest their feet in a new secluded location.

Indeed, with Shrek 4D situated next to the up-coming Wizarding World land, the show building has seen its fair share of modifications to accommodate Universal’s new additions. Such changes fall in line with Universal’s greater vision to radically transform the park by 2016.

We’ve included photos of the new entrance and queue below. Please stay with Inside Universal for more on this and other stories originating from Universal Studios Hollywood. 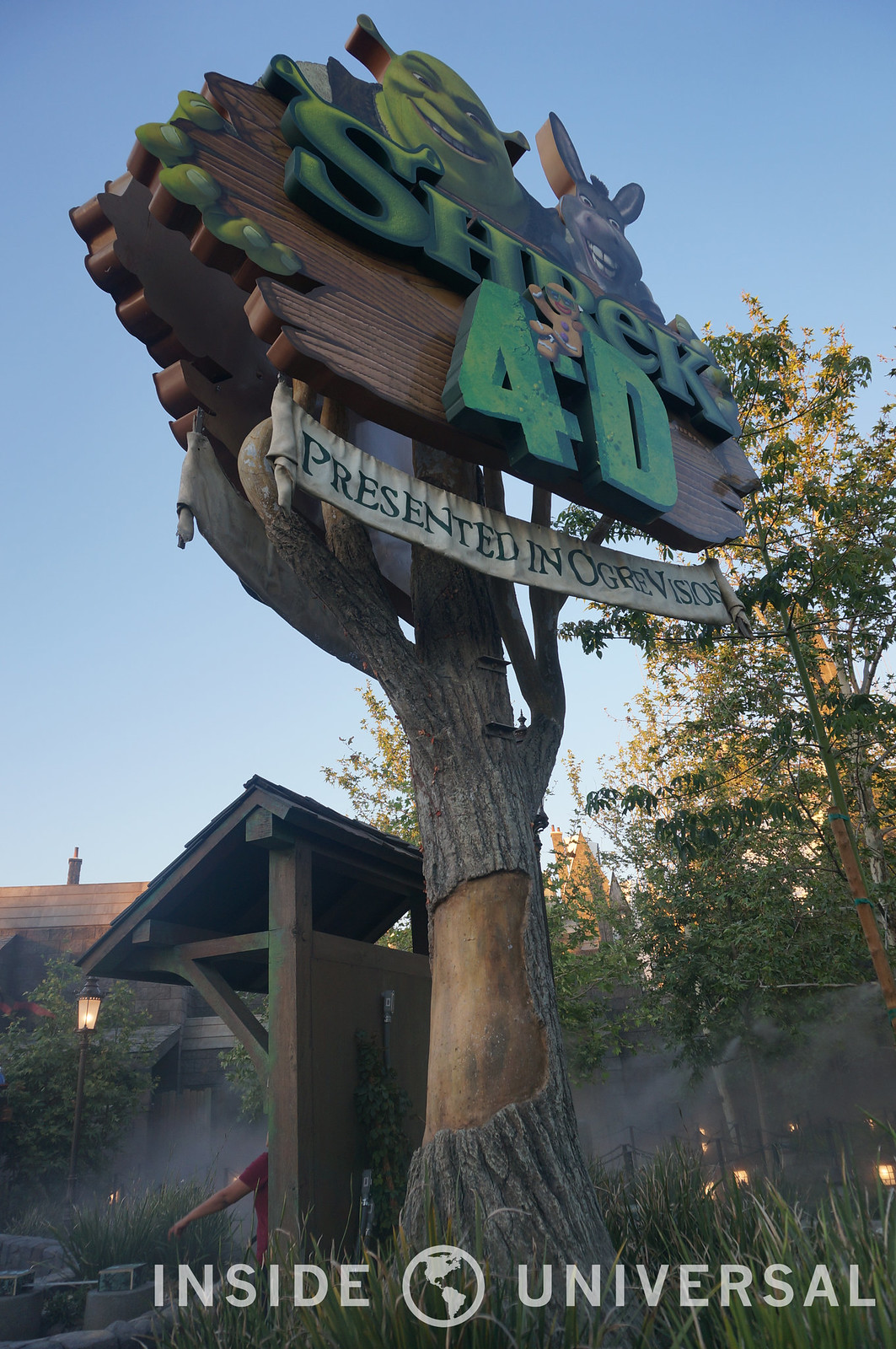 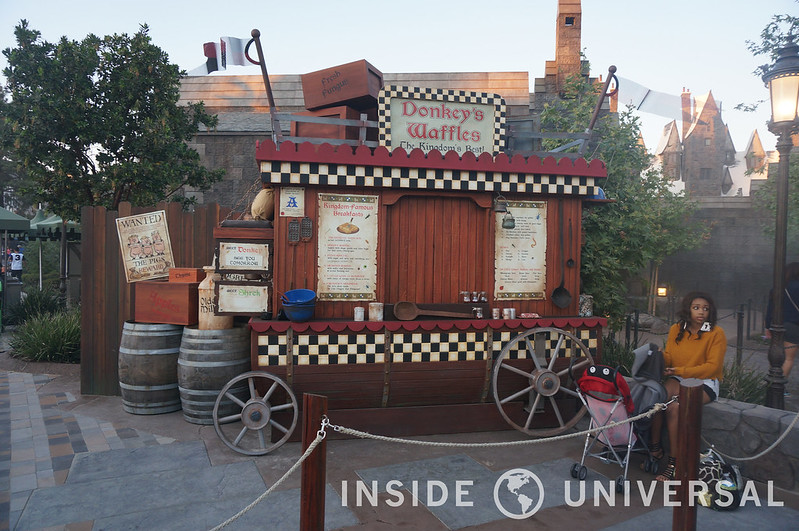 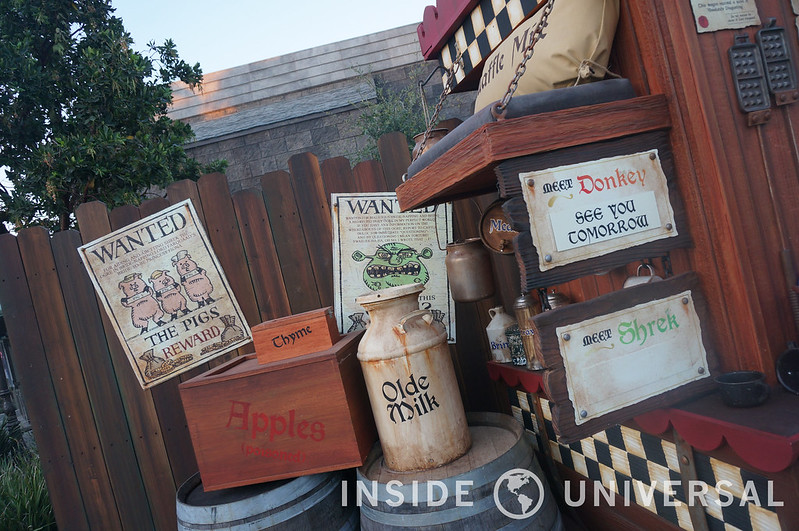 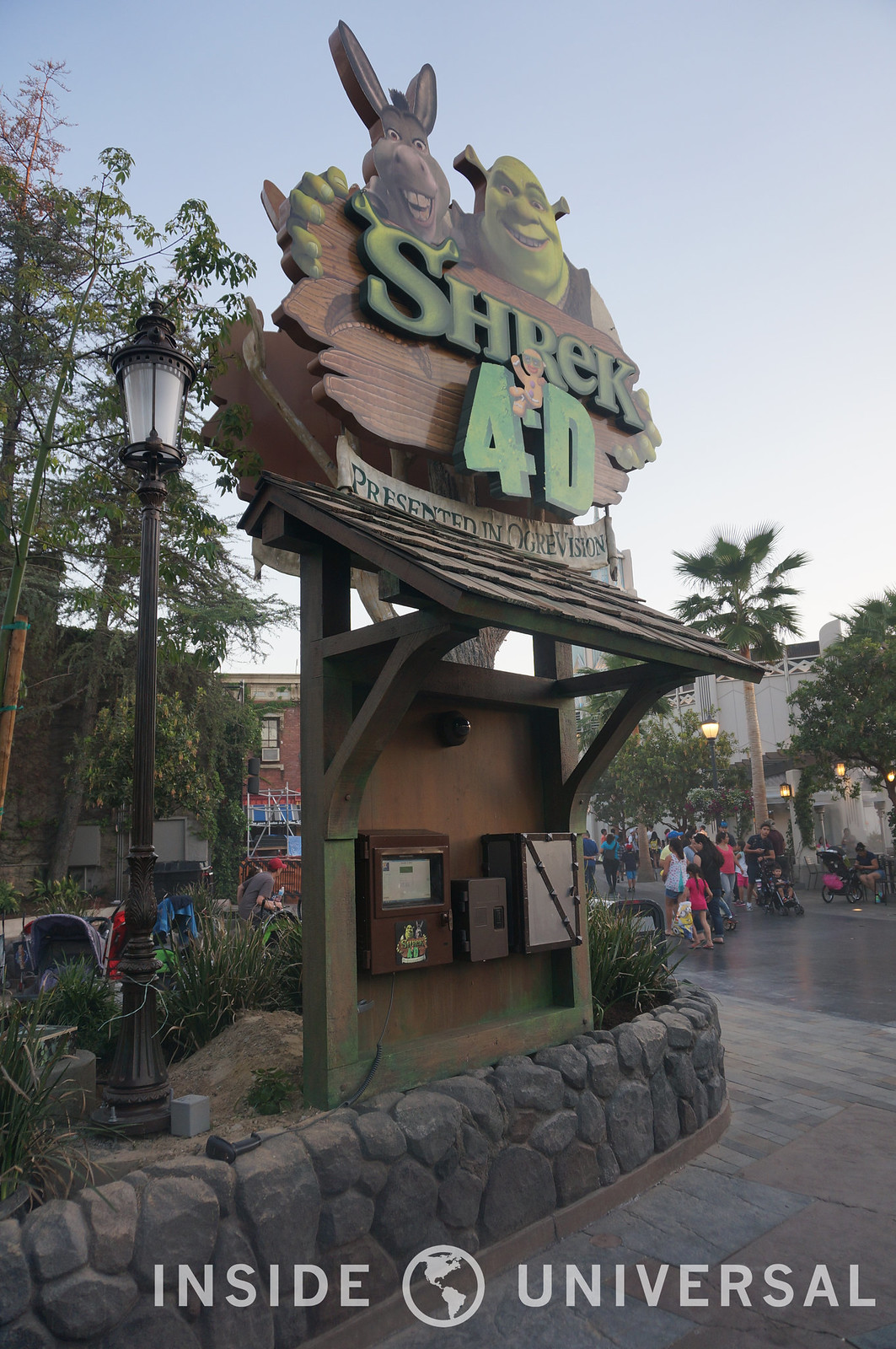 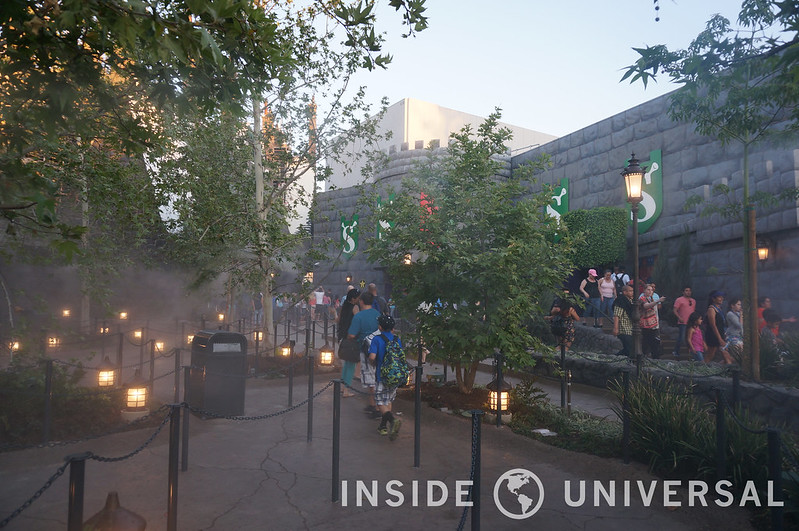 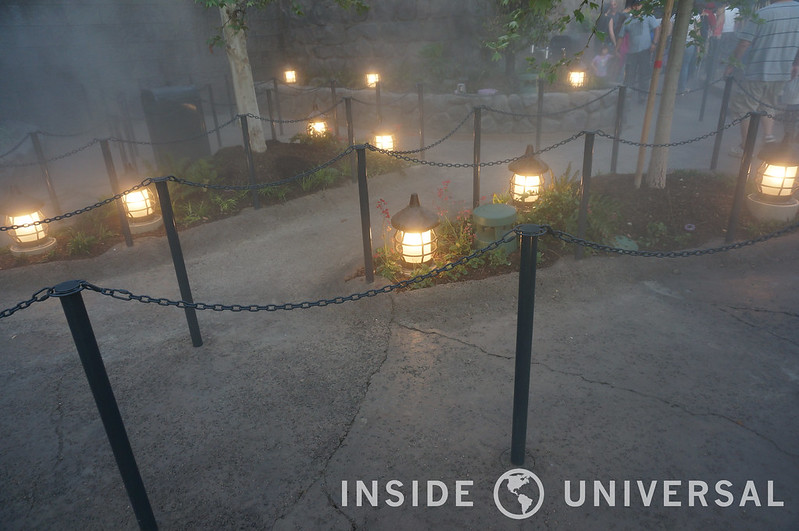 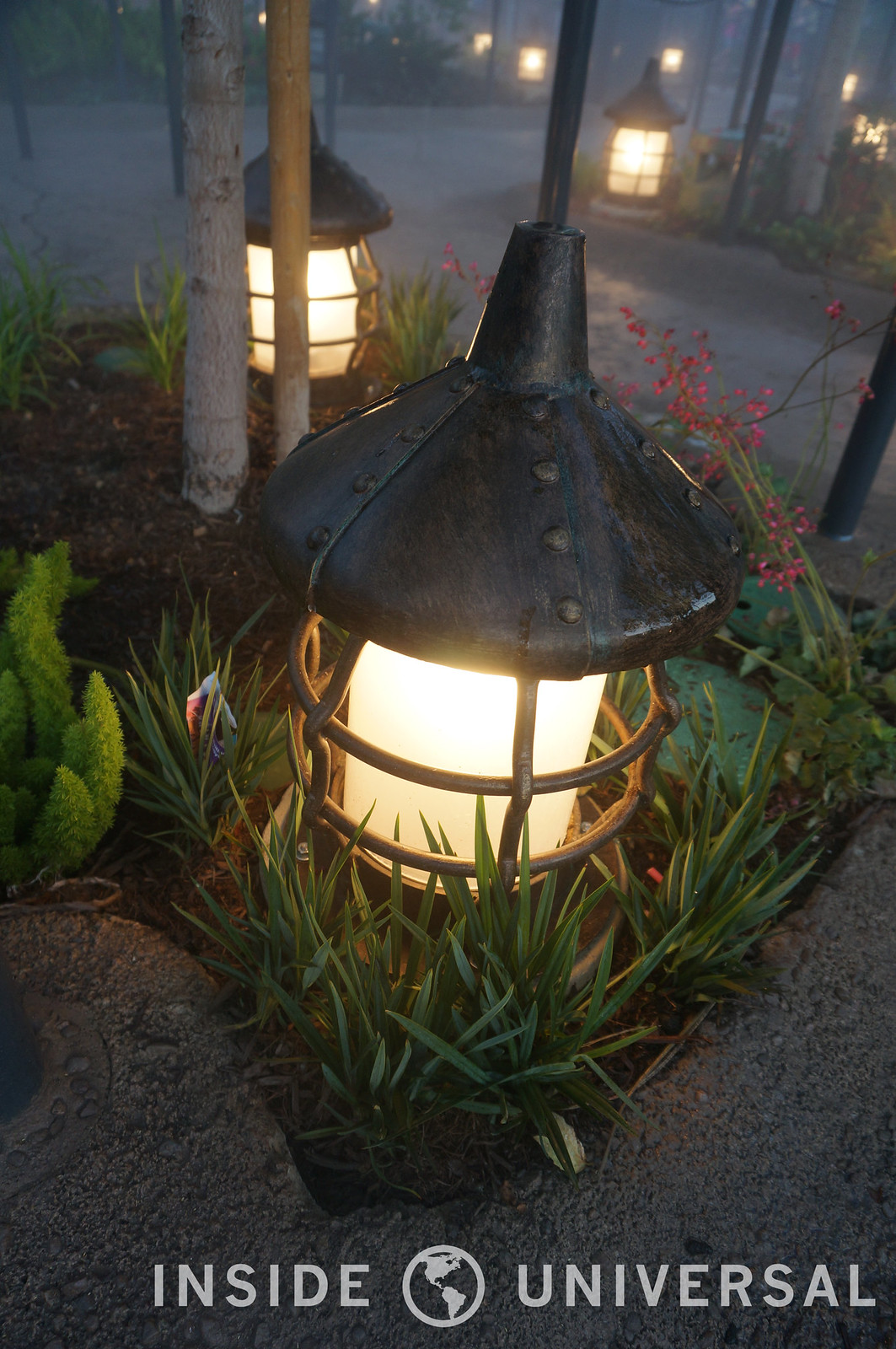 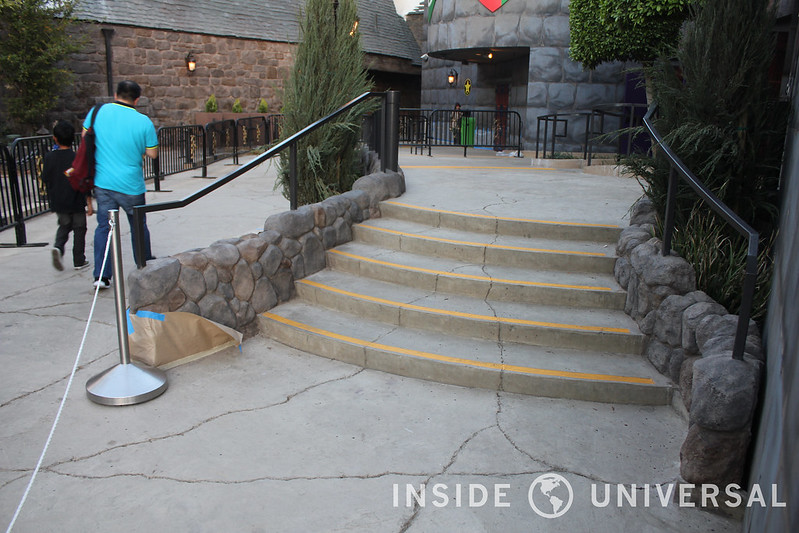 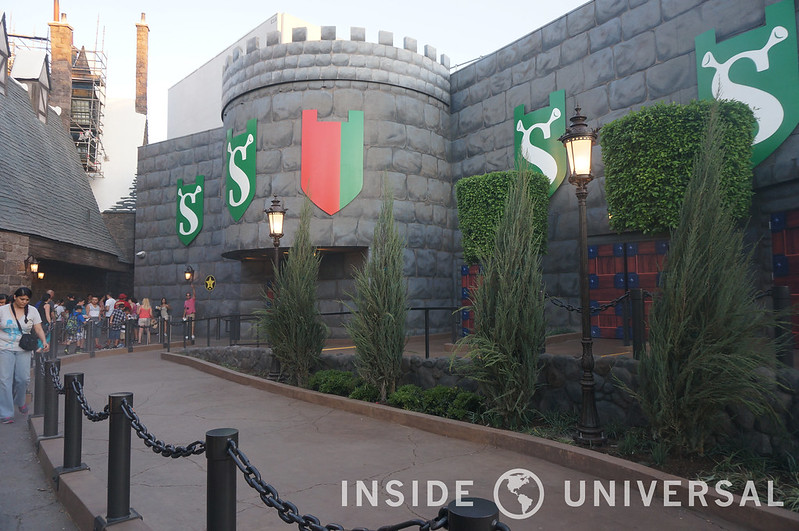 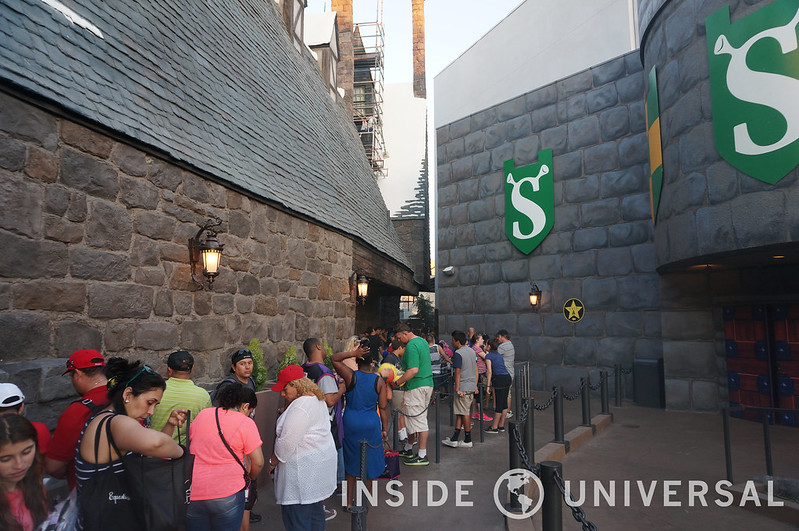 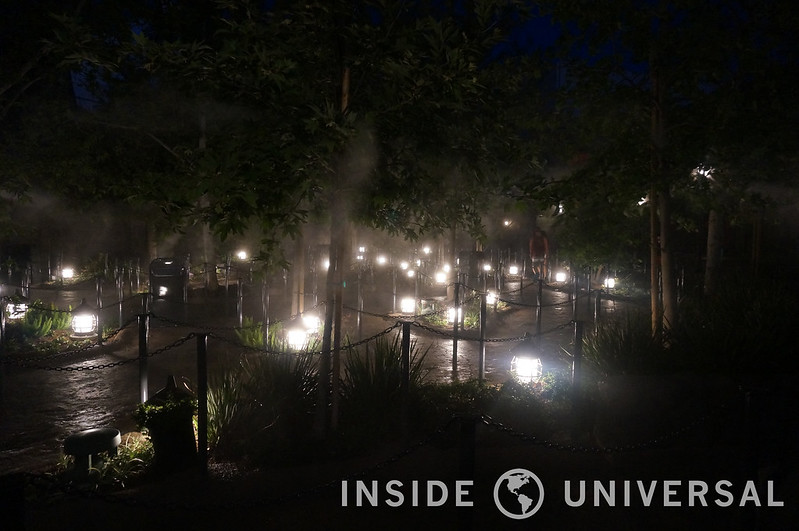 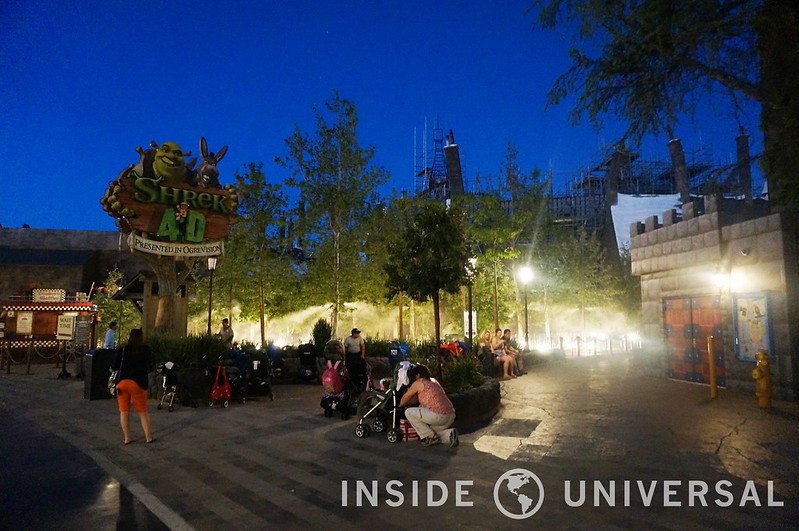