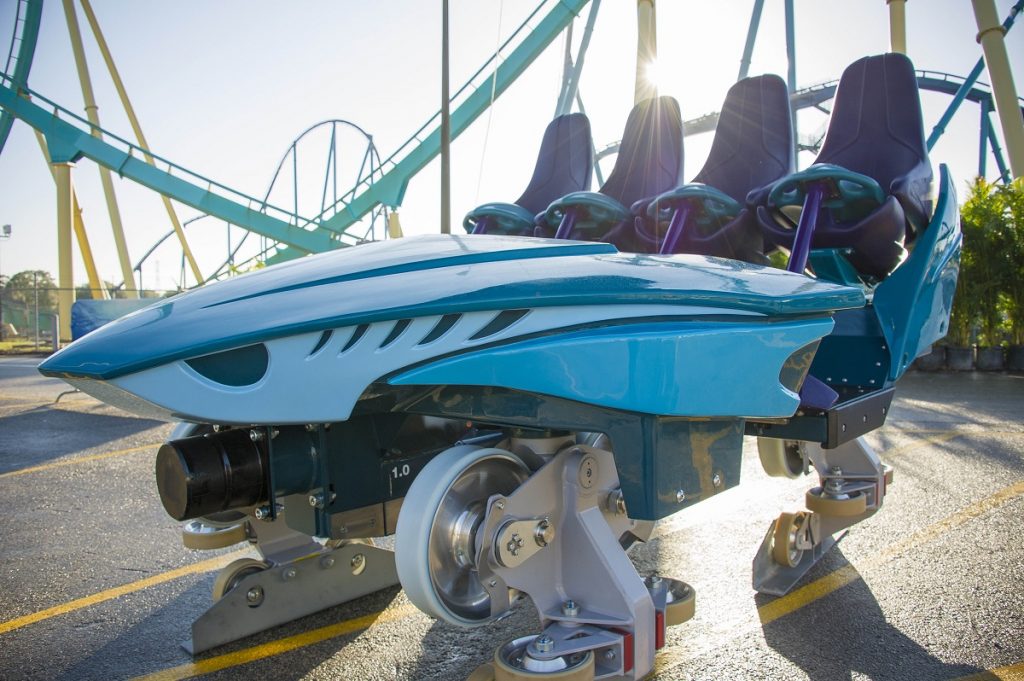 SeaWorld Orlando has unveiled the look of the coaster trains for their new hypercoaster, Mako.

Mako’s design and engineering was inspired by the real Mako shark – one of the ocean’s fastest shark species.  When it opens, Mako will top 200 feet high and reach speeds of 73 mph on a track that’s nearly a mile long. The new ride will be a hypercoaster, which means it’s all about speed, tight turns and that weightless feeling riders get at the top of each hill.

Riders will sit four across. The coaster will boast a total of 21 cars – including 3 trains of 7 cars per train. With only a lap guard on their lower body, riders’ upper bodies are free for added mobility and “airtime”.

Announced last May, Mako is being manufactured by Bolliger & Mabillard (B&M), which previously designed SeaWorld’s Manta and Kraken coasters.

The new 200-foot-tall hyper coaster is set to open this summer and will be the tallest, fastest and longest coaster in the Orlando area.

Join the Mako Discussion on our Forums!