Universal Studios Japan has announced the opening date for Minion Crazy Ice is set for June 30, 2018.

The ride sees the mischievous minions take over the pool at Minion Park, bringing out the gigantic freeze ray gun to turn the pool into an ice rink to help cool off.

The 4-seater attraction is a flat-ride, where guests will board “Freeze Ray Sliders”. 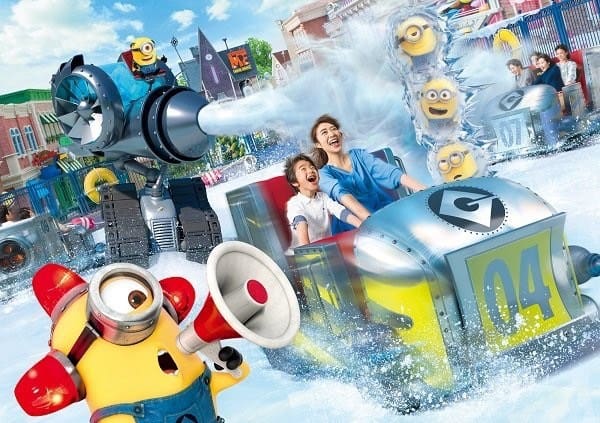 During the ride, 10 sliders will glide over the frozen pool, unpredictably in a make-shift “ice race” – all while the Minions cause mischief, firing freeze guns. You may even find a swimming minion trapped inside the frozen pool.

This will be the second attraction featured at Minion Park, which is also home to Despicable Me: Minion Mayhem. The land opened last year in April and has been a popular addition to the park.