Universal Studios Japan has released a new keyart visual for the upcoming Super Nintendo World, slated to open next year in 2020.

The new visual shows off the multi-layered land, with familiar landmarks such as Bowser’s Castle, Peach’s Castle, Toad’s House, and the familiar look of a Super Mario Bros game level. We also get a better look at the planned Yoshi omnimover attraction. 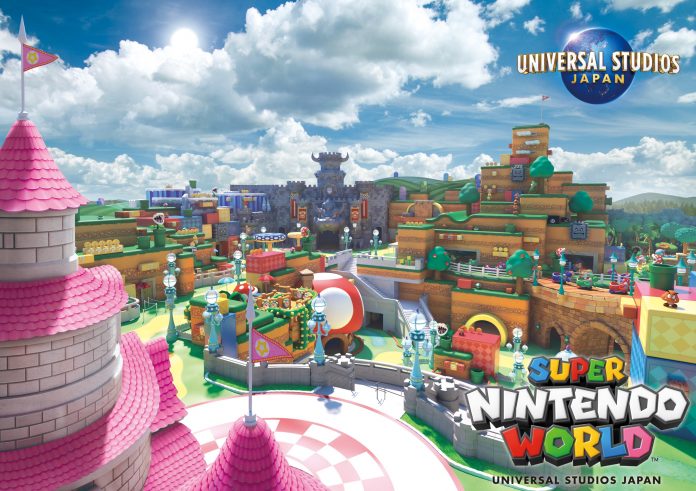 The expansion is expected to cost 50 billion yen – or 432,882,000 million US dollars. Super Nintendo World is set to open in 2020, right before the opening of the Olympic Games which will be held in Tokyo. As of now, nothing has been announced for the planned Nintendo Worlds coming to Universal Orlando or Universal Studios Hollywood.