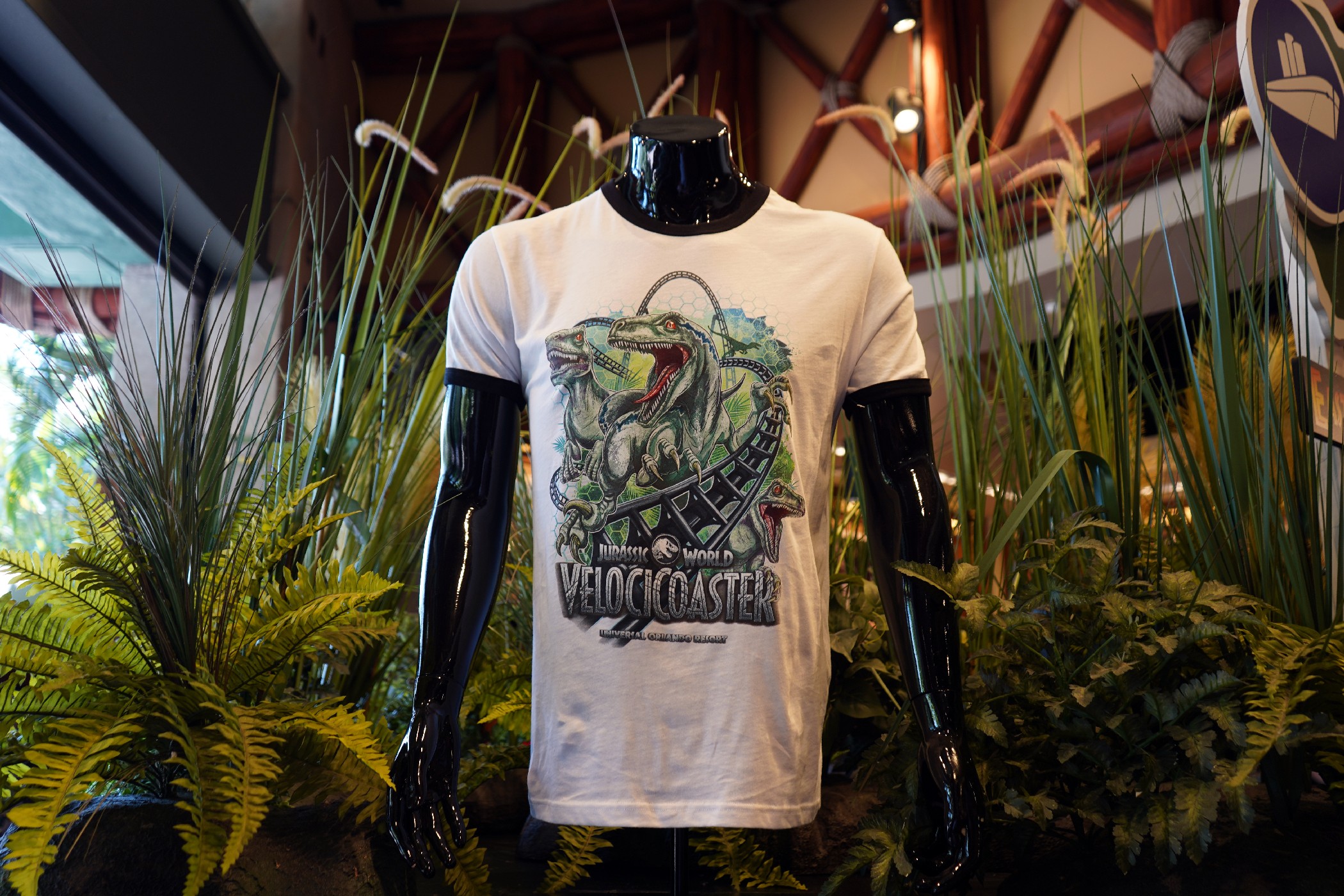 Universal Orlando has released their line-up of Jurassic World VelociCoaster merchandise throughout the resort as we get closer to the coaster’s opening.

Shirts, hoodies, pins, socks, buttons, mugs, and more are available at the present time. Official “Grand Opening” merchandise was sold temporarily but has since been removed until a later time.

Many of the items feature the tagline, “What could go wrong?” – hinting that the coaster will most likely feature the attraction trope of an experience going wrong. Other taglines include “Must Go Faster” and “Chaos Happens”. 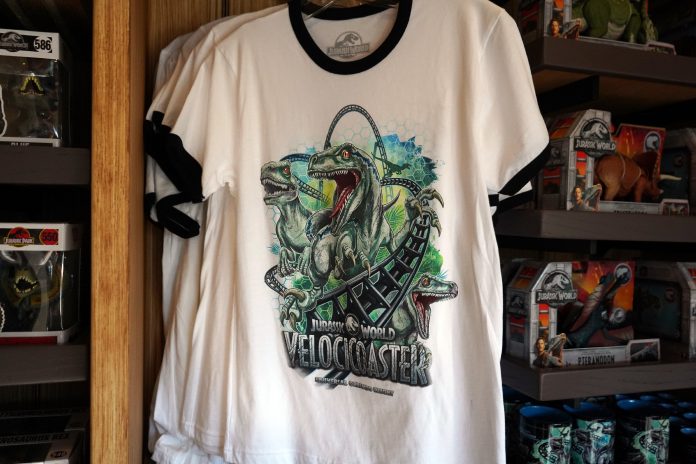 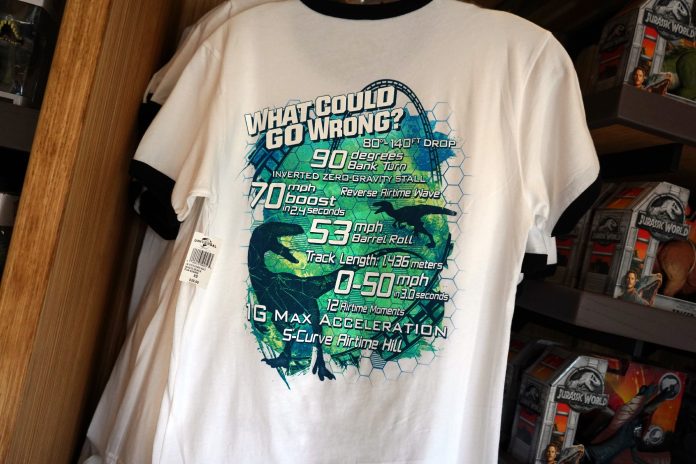 Merchandise is currently available at Jurassic Outfitters, a Jurassic Park merch kiosk near the VelociCoaster, and at the IOA Trading Company.

The coaster will catapult guests up to 70 mph and more than 150 feet in the air. The vehicle was designed for speed and engineered “for the hunt”, the coaster’s revolutionary ride vehicle will send riders twisting and soaring across 4,700 feet of track as they encounter near-misses, launches, 12 heart-pounding seconds of airtime, and more – with just a lap bar restraint holding them in place.

More details about the coaster will be revealed in the months ahead, including an official opening date.