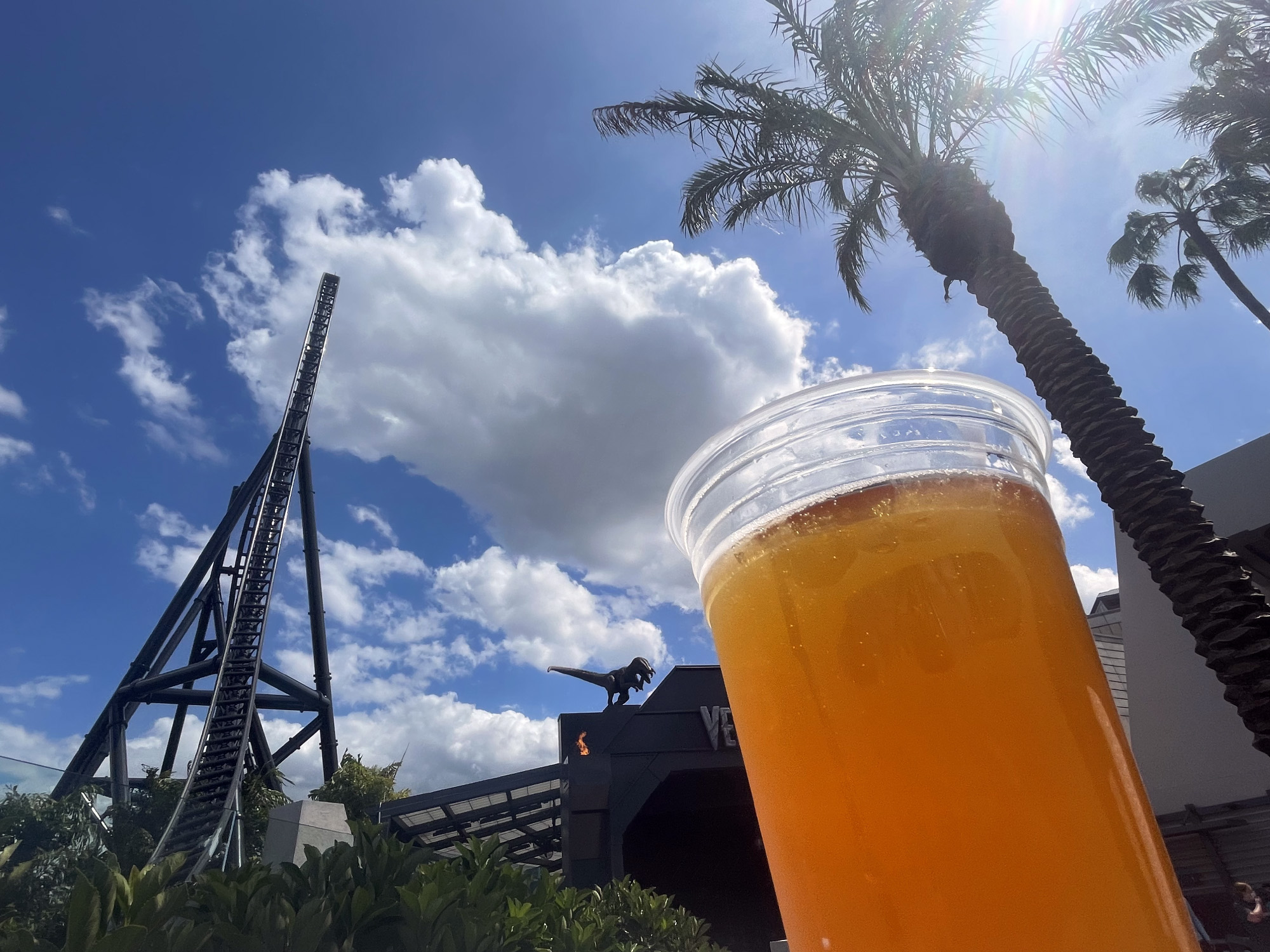 Attention beer fans! Universal Orlando has released a brand-new themed beer just in time for the opening of the VelociCoaster. The Jurassic World Isla Nublar IPA is now available throughout Jurassic Park in Islands of Adventure; and can be found at Burger Digs, Thunder Falls Terrace, Natural Selections, and The Watering Hole.

The beer tap is also worth checking out, as it’s inspired by the iconic Mososaurus feeding scene from the film, Jurassic World. 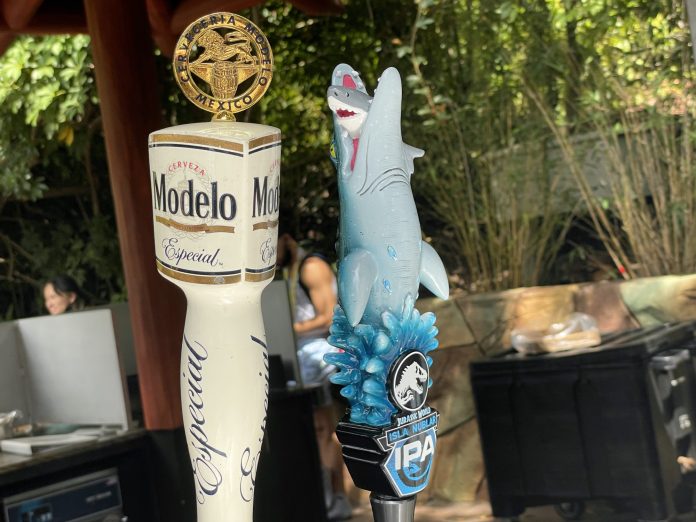 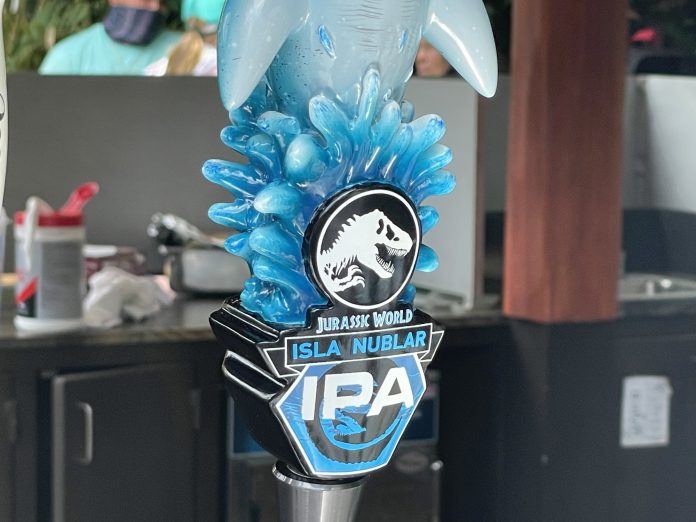 As far as the taste – the beer is a pretty straightforward IPA, not too overpowering with the hops, and has a nice, subtle fruity finish.

The beer was brewed by the Florida Beer Company, which has brewed other themed-beers at the resort, including the seasonal fall favorite, Dufftoberfest.

The Jurassic World VelociCoaster is set to open June 10. 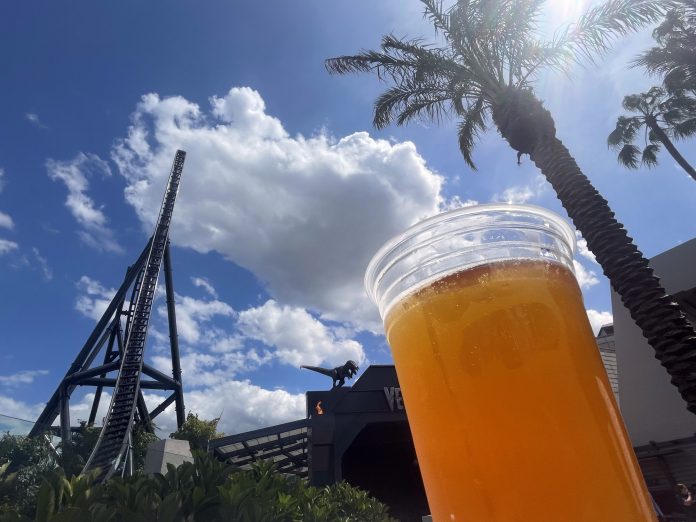