The door has closed on another year of Horror Nights, and with that comes the start of the frenzy of speculation for the following year.

So that’s 1. What about the other houses?

Over the course of the next year, fans will try to connect any possible dot, comb over every tweet from Universal and its creators, and search all nooks and crannies of the world wide web to try to piece that puzzle together.

Some could be right, but most of the time – it’s a lot of personal opinions and wish lists masquerading as “speculation”. Either way, we’re very far away from Horror Nights Nightmares posting the first of their famous “Speculation Maps” so a lot of options are possible.

Stranger Things? It has before, to much success.

Hellraiser? PLEASE MAKE IT SO!

Please remember, we’re not confirming these properties, just stating there’s a chance. I like to call this part of the speculation the “Carte Blanche” season; because there are no real rumors out there, leaving the freedom of one’s imagination to come up with their dream line-up.

But what about the properties that have no chance? Just because there are great Horror properties out there doesn’t mean it’s an automatic slam dunk for Halloween Horror Nights. That’s not to say these properties CAN ever come, but the likelihood is very, very low – so much that I would never expect them at all. 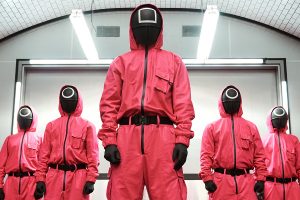 Let’s get this out of the way real quick. The show is fantastic. Yes, the costumes are cool and there are some scary, intense moments.

But Squid Games is not Horror.

It doesn’t belong; and if you want to call that Horror, then we have to call The Hunger Games Horror, too.

The show is a socio-economic commentary, centered around rich people exploiting down-on-their-luck citizens and forcing them to partake in violent games for survival; which isn’t exactly ripe for haunted house translation.

Besides, it would be incredibly hard to translate into a haunted house as the “scares”, and I’m using that term very loosely, comes from the threat of the games’ competition. That’s not exactly an easy thing to duplicate.

But the ultimate kibosh is from one of the creators themselves:

Well I only saw the first episode and went, “too much fun violence” and haven’t seen the rest. Try to stay away from gun stuff now. Too much of that in real life 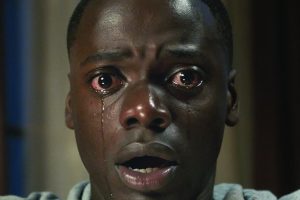 Speaking of social commentary, Get Out is another property that’s very popular amongst wish lists; but don’t get too excited about seeing it at Horror Nights any time soon.

Back in 2018, during a panel at Midsummer Scream, John Murdy, creative director of Halloween Horror Nights Hollywood, admitted it’s difficult due to the film’s social commentary on race relations.

“It works brilliantly as a film, but not everything is designed to be a maze”.

I guess it’s worth mentioning during the same panel that Michael Aiello, Senior Director – Entertainment Creative Development at Universal Orlando Resort, stated A Quiet Place was “extremely difficult” to translate into a maze due to the film’s reliance on sound, specifically silence.

However, he said it’s “not impossible” so there’s that small chance for fans, though highly unlikely. 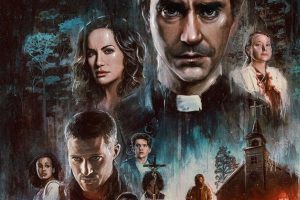 This is kind of tricky. I understand why a lot of fans ask for the series to show up at Horror Nights, especially with a well-established relationship with Netflix resulting in huge success in the past.

Spoilers ahead, but ultimately, it’s a show about vampires – and vampires have made for some wonderful haunted houses at Horror Nights.

The problem arises with the vampires being an allegory for religion, with many of the show’s themes and story points centered around faith and one’s relationship with it. One of the show’s most iconic scenes is when those “who believe in the miracle” slaughter the townfolk reluctant to partake in the “miracle” inside the town’s church – which obviously is imagery Universal may want to avoid.

An argument can also be made that the show’s villains aren’t the vampires, but the fanatical citizens hiding behind their religion to force “the miracle” onto people by committing atrocities that their religion is against.

It’s a great show, but one that comes with a lot of difficulties to translate effectively with all the potential problems it can cause, and as the HHN creators have stated before, “not everything is designed to be a maze.” 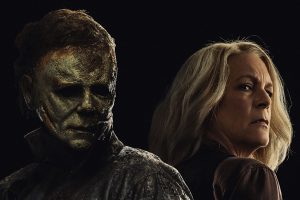 Halloween and Michael Myers have been a staple at Halloween Horror Nights for the last decade, with the original and its sequels being featured as a haunted house many times.

With the new trilogy out, and Horror Nights’ great relationship with Blumhouse, many fans have wondered why there weren’t any of the new films featured since the Halloween “requel” came out in 2018.

Ultimately, it comes down to its complicated rights usage and “too many cooks in the kitchen”. Although Blumhouse has a hand in the new trilogy’s production, there are other studios and prominent figures involved – including Malek Akkad, who owns the rights now that the trilogy has ended with Halloween Ends.

Basically, if it was going to happen, it would’ve happened already. Besides, we need a Mikey break for a bit. 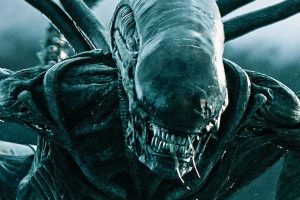 This one hurts since both properties would be fantastic additions.

It’s as simple as Disney now owning the rights to both franchises after purchasing 20th Century Fox.

There’s always the chance that Universal and Disney can work out something, but it seems very unlikely, especially without Disney getting something in return.

The closest thing we’ll ever have is when Alien vs Predator was featured at Halloween Horror Nights in 2014 at both Universal Parks, and in 2015 at Universal Studios Hollywood.

Basically, you can rule out anything owned by Fox/Disney, which means you won’t be seeing American Horror Story return; and despite already having a presence at Universal, that Simpsons Treehouse of Horror overlay is a longshot, too.