With all the rightful hype surrounding this year’s outstanding roster, can The Walking Dead Attraction compete? 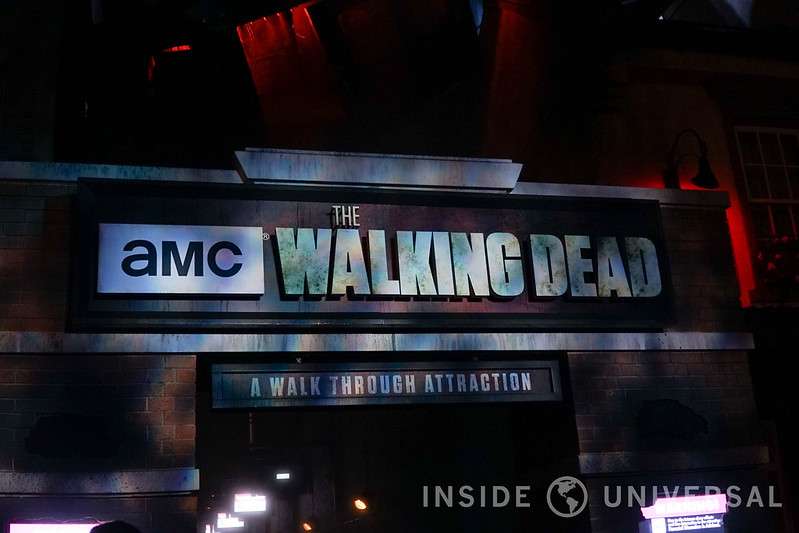 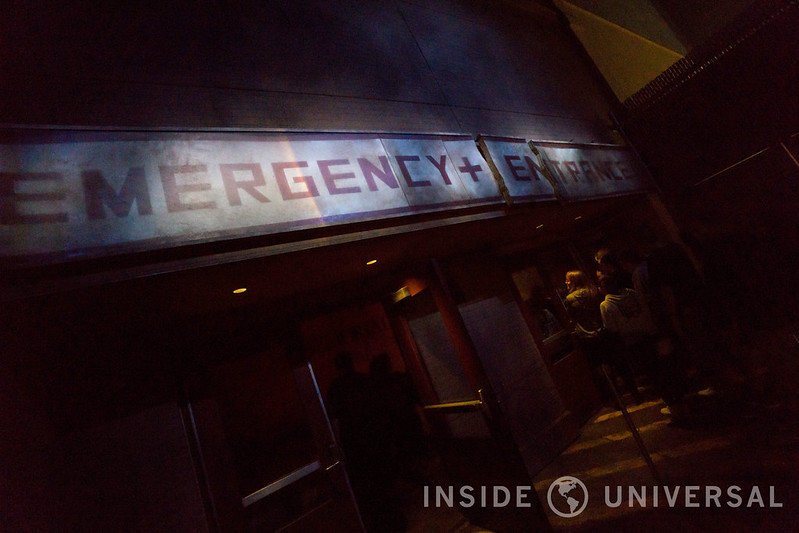 To begin this review on a positive note, let’s examine The Walking Dead Attraction’s strengths. The attraction, for one, is housed in a large permanent structure juxtaposed next to the newly furnished Universal Boulevard shopping and dining center. It’s not only large by Horror Nights standards, but the building was also explicitly designed with The Walking Dead in mind. You’re not walking into tents, but rather into large set recreations with tremendous depth that may have otherwise been impossible to recreate in a temporary Horror Nights maze. In that regard, The Walking Dead delivers. Guests will be delighted to see the Harrison Memorial Hospital as part of their queuing experience, and the prison and burning cabin are still among the most impressive scenes John Murdy and Chris Williams have ever created.

That being said, when compared to The Exorcist and American Horror Story (two standout mazes that have been universally praised by our editorial staff), The Walking Dead Attraction is undoubtedly disappointing. 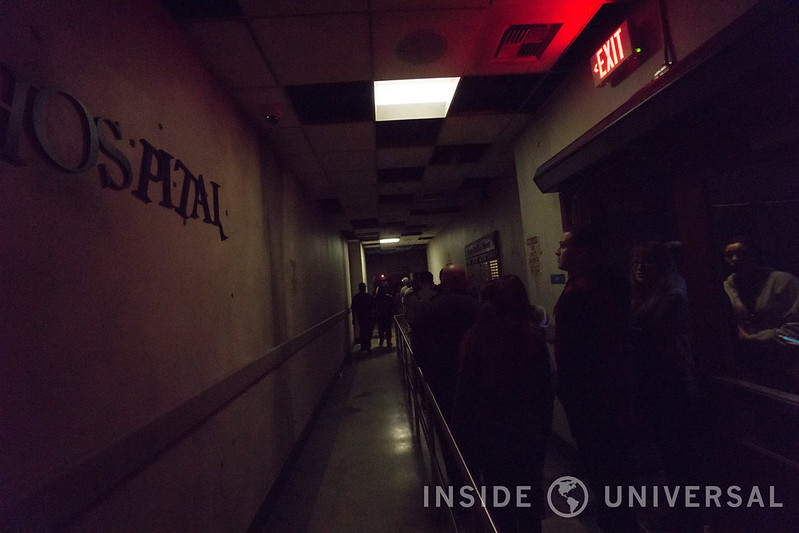 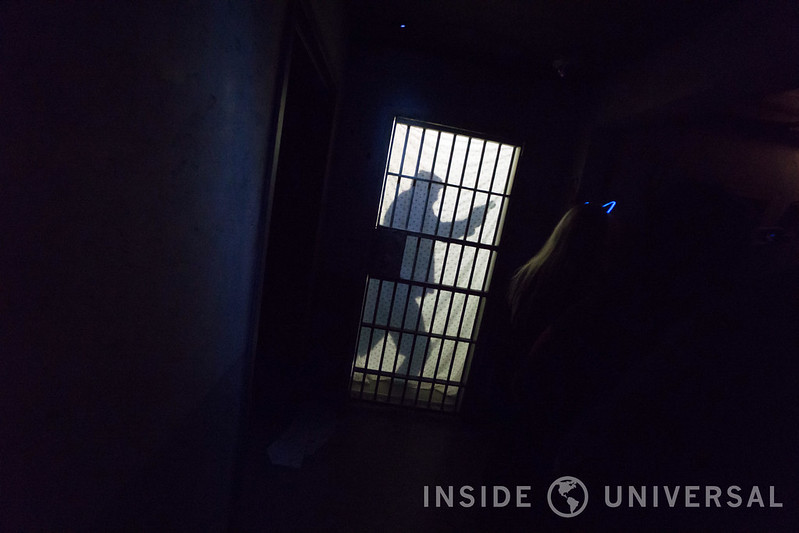 Like its predecessor Universal’s House of Horrors, The Walking Dead Attraction receives a slight overlay during the Halloween season. With its default profile set for immersion for the daytime crowds, The Walking Dead intensifies at night for the ever-discerning Horror Nights audience. Additional walkers are added, and the attraction’s audio and lighting undergo slight adjustments to intensify the maze’s mood. After all, Horror Nights guests lust after gore and intensity, and The Walking Dead needs to deliver that in spades in order to justify its existence.

Unfortunately, the Horror Nights overlay falls flat, and whatever differences the attraction shares from its daytime counterpart are indiscernible to the average guest. Yes, there are more actors in different locations, and yes, the mood of the maze is more sinister, but these two changes alone are not enough to compete against some of this year’s hardest hitters. Indeed, while Universal’s permanent mazes have never legitimately competed with their temporary brethren in terms of wait times, they have at least been able to provide a substantive difference over their daytime skins. We lamented Universal Monsters Remix: Resurrection back in 2013 for its dubstep overlay, but even that seems substantial in comparison to what Universal did for The Walking Dead. 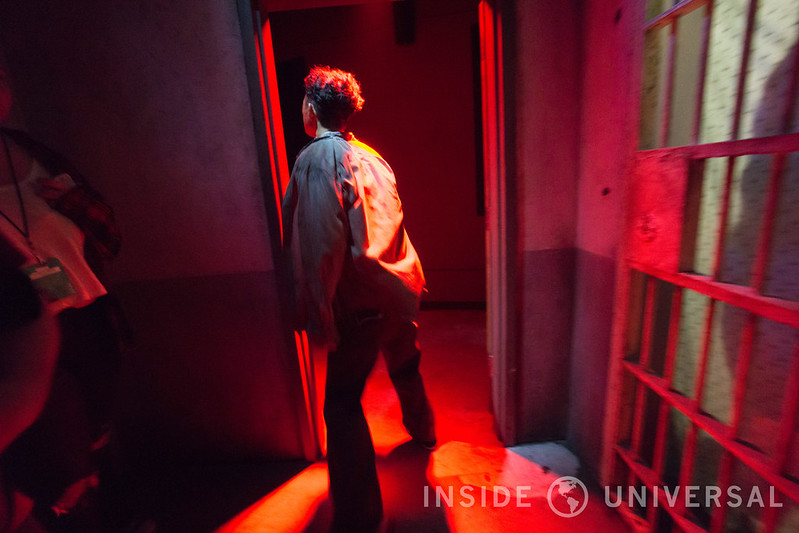 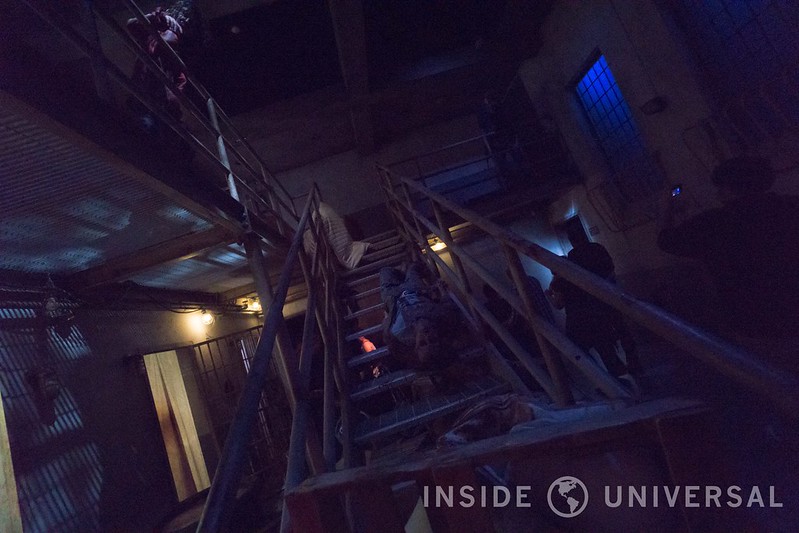 Even then, at least Monsters Remix was able to build upon House of Horror’s length and elaborate set pieces to create a worthwhile experience for guests, including those that might have experienced the attraction during the day. Audiences responded to Universal’s Halloween modifications, and the House of Horrors 2012 overlay received some of the highest guest satisfaction ratings in the entire event. The Walking Dead, with its chronically short walking length, can only leverage the attraction’s set pieces as its only saving grace. Despite the best efforts of The Walking Dead Attraction’s scare actors (which are top tier, as usual), the year-round experience still garners some of the shortest walkthroughs of this year’s event. While this may be somewhat excusable in a temporary maze, it’s baffling for a year-round fixture. With the opportunity to change one third of The Walking Dead Attraction still on the table, it’s puzzling why Universal didn’t take the opportunity to add some effects or scenes to bolster the attraction’s length.

Then again, it’s understandable that Murdy and Williams may be reluctant to tinker with the attraction so soon after its inception. After all, they did spend over two years developing it. However, as it stands now, The Walking Dead Attraction is this year’s weakest maze. With the year-round experience being bested by Horror Nights’ temporary offerings in both scares (Freddy vs. Jason and Texas Chainsaw Massacre), length (American Horror Story) and even variation (Halloween and The Exorcist), more must be done to make this year-round attraction a compelling experience for Halloween guests. (As a quick aside, it’d be wonderful to see Universal borrow some elements from Special Ops: Infected at Knott’s Scary Farm. We’ll probably never see Universal adopt a walk-through shooter due to capacity, but just ponder at the potential) 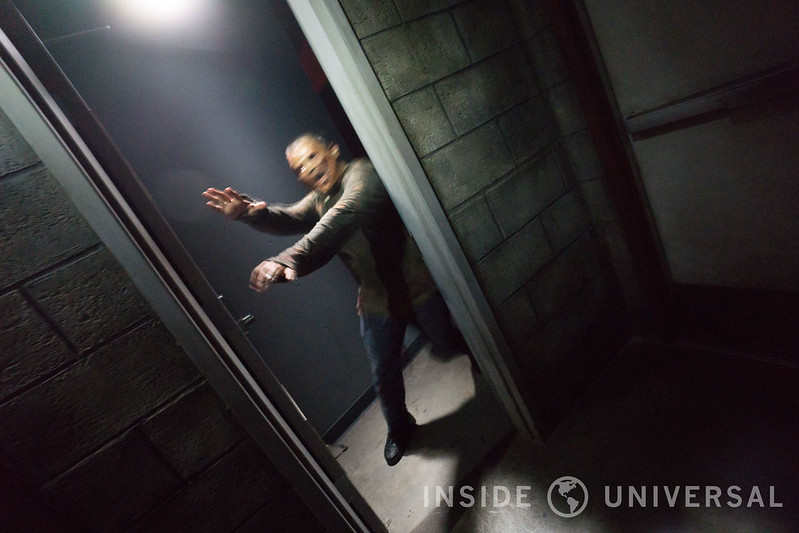 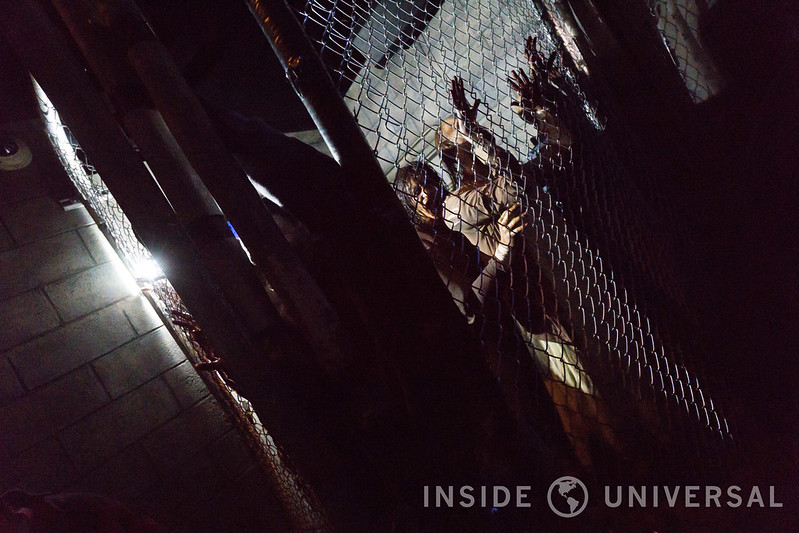 Overall, we still continue to be perplexed by The Walking Dead. Daytime crowds for the maze have been moderate at best (with the maze often resorting to scare intervals like its predecessor), and the nighttime experience hasn’t been garnering substantial gains over Monster Remix. Even we were surprised by the attraction’s low wait times, especially given its relative newness. It probably also doesn’t help that some of the attraction’s effects – such as the Bicycle Girl – have been overshadowed by the animatronics-heavy Exorcist maze.

With so much to do, we recommend skipping The Walking Dead Attraction in favor of another maze – any maze – that may compel your interest. There are simply better experiences from this year’s strong lineup.