“Since the early 1920s, Universal Studios’ most infamous monsters took their first breath right here on the Universal backlot,” said Larry Kurzweil, President, Universal Studios Hollywood. This very studio that invented the horror film genre traumatized movie-goers with some of the silver screens most indelible characters. Years later, it seems only fitting that the studio is making its urban production sets accessible to ‘Halloween Horror Nights’ guests as we bring nightmares to life with contemporary horror properties.”

“Universal’s backlot was deliberately created to mirror real life urban streets, metropolitan cityscapes and intimate European settings,” said Steven Spielberg. “As filmmakers, we strive to find the ideal, most authentic filming locations to legitimize our productions and make every scene as realistic as possible, which is why Universal Studios Hollywood continues to take creative risks by extending ‘Halloween Horror Nights’ to include the studios’ backlot. Theme park guests will be in awe when they have this rare opportunity to walk through the backlot’s definitive Hollywood movie-making sets.”

“The Walking Dead: No Safe Haven” maze, inspired by season 3 of AMC’s Golden Globe-nominated, Emmy Award-winning television series, will strike at the heart of this dynamic “Halloween Horror Nights” film set location, abandoning guests in the dead of night amid hordes of morbidly decomposing, flesh-eating zombies.

With life imitating art, guests will first be tasked to brave swarms of ravenous zombies milling aggressively about the maze entry in a terrifying zombie apocalypse scare zone. A putrid infestation of predatory walkers with an unwavering appetite for humans will lurk throughout the backlot’s dark alleyways and protective doorways with only one place to escape: the maze.

If guests survive this fleet of crazed, blood-thirsty walkers, the terror begins. “The Walking Dead: No Safe Haven” haunted maze will place “Halloween Horror Nights” guests at the core of the show’s once impenetrable prison, the West Georgia Correctional Facility, now overrun by decaying walkers. The eerily authentic and disturbingly real attraction will send them cowering through the walker-infested wilderness that surrounds the prison and into the seemingly utopian town of Woodbury where gruesome secrets are concealed.

“’The Walking Dead’ maze that Universal Studios Hollywood is bringing to life at this year’s ‘Halloween Horror Nights’ event will take credibility to entirely new levels,” said Greg Nicotero, Executive Producer, Director and Special Effects Makeup Supervisor for AMC’s “The Walking Dead.” “Universal’s creative team is painstakingly re-creating the world of ‘The Walking Dead’ for this year’s maze and the level of authenticity will make guests and fans feel like they’ve stepped into Season 3. Located on the production backlot area of the studio, people will be able to experience iconic moments from the show up close and personal.”

The second maze to debut in this backlot setting will be “Black Sabbath: 13 3D.” This new haunted attraction, based on the legendary multi-platinum rock band’s recently released Billboard #1 album, “13,” will be located within the dark and eerie confines of a soundstage.

“Black Sabbath: 13 3D,” inspired by Black Sabbath’s biggest hit songs and the only “Halloween Horror Nights” maze to incorporate 3D video, will engulf guests in a nightmarish landscape of doom, where they will traverse horrifying graveyards, twisted madhouses and bone-chilling battlefields. Fearless guests will live the nightmare of such songs as “Luke’s Wall,” “Iron Man,” “Paranoid,” “War Pigs,” “Electric Funeral” and, of course, “Black Sabbath,” and find themselves face to face with a heart-stopping Lucifer and his bride, blood-soaked dead bodies and bubbling pools of “radioactive water.”

“Halloween Horror Nights” 2013 at Universal Studios Hollywood brings together the sickest minds in horror to immerse guests in a living, breathing, three-dimensional world of terror, and offers a slate of unrivaled film production quality mazes, Scare Zones and “Terror Tram” experience – all uniquely themed to today’s most definitive horror properties. This year’s haunted attractions will also include “Evil Dead: Book of the Dead,” inspired by Sony Pictures Home Entertainment’s chilling remake of the cult classic, and “Insidious: Into The Further,” based on the 2010 horror thriller “Insidious” and the upcoming sequel “Insidious: Chapter 2”.

A new reign of terror in all-original scare zones based on Universal Pictures’ blockbuster movie “The Purge” and Universal Studios Home Entertainment’s upcoming Blu-ray™ release of “Curse of Chucky,” will also come to life to taunt and terrify “Halloween Horror Nights” guests. 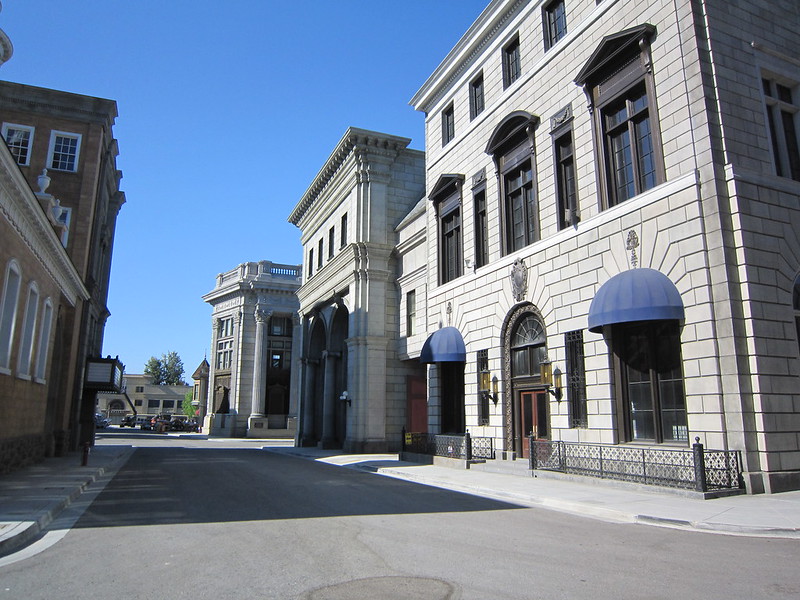 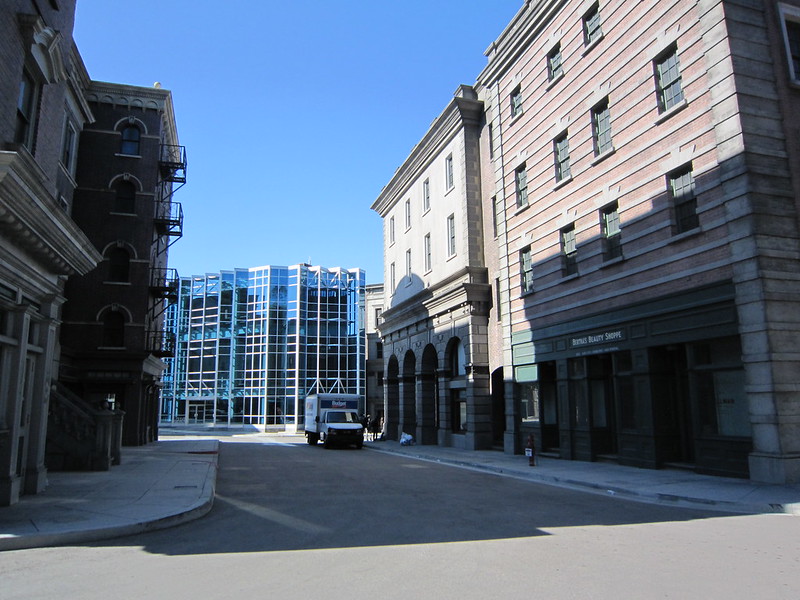 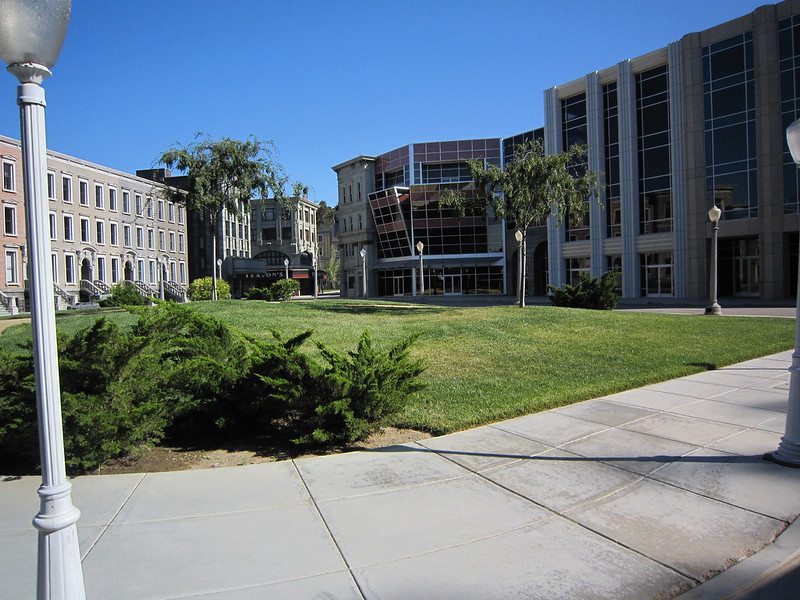 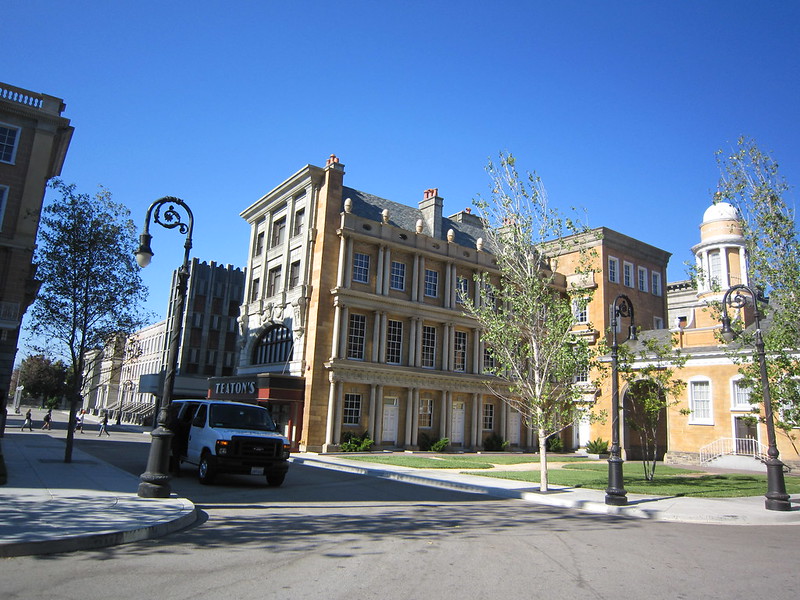 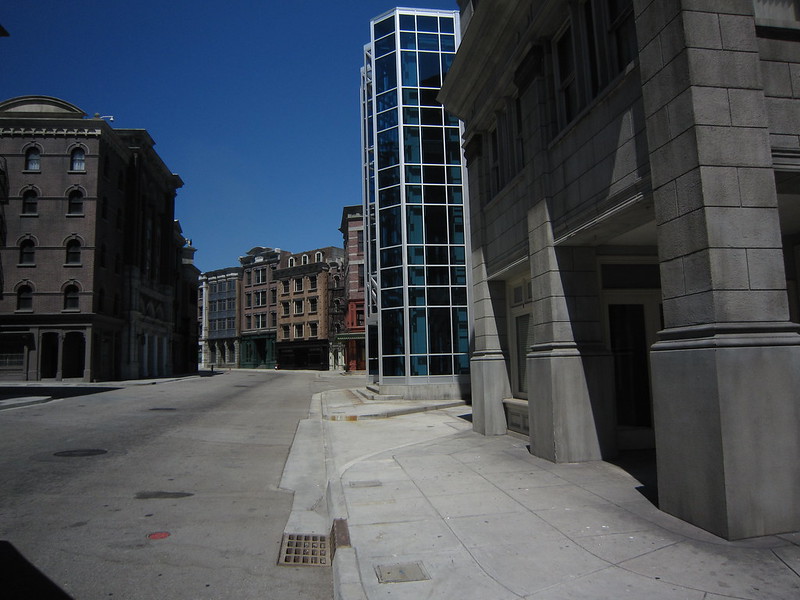