September 3, 2013 – As part of the ongoing redevelopment of the Upper Lot, Universal Studios Hollywood has now walled off the Studio Souvenirs gift shop, the back portion of the Cantina restaurant and the Jaws photo opportunity. While Bruce the shark may be relocated in another location (if Florida is any indication), Studio Souvenirs and the latter half of Cantina are both not expected to return.

A staple of the Upper Lot, Studio Souvenirs – and Doc Brown’s Chicken – was once originally themed to the fictional resort town of Amity Island, inspired by the Universal blockbuster hit Jaws. The building was eventually repurposed as the official gift shop of the Studio Tour and featured exclusive Studio Tour memorabilia (also including – at one point – wardrobe from various NBCUniversal productions).

Meanwhile, the latter half of Cantina – home to the famous raining canopy – also once held a sizable lagoon, featuring a moderately sized prop boat and water-side dining. While the lagoon has since been filled, the raining canopy remained in place up until its recent closure.

The closure of Studio Souvenirs and the latter half of Cantina coincide with the closure of the Adventures of Curious George, Nickelodeon Stuff and the Mummy’s Tomb on the Studio Tour.

We’ve included photos of Amity Island and Bruce the shark below. 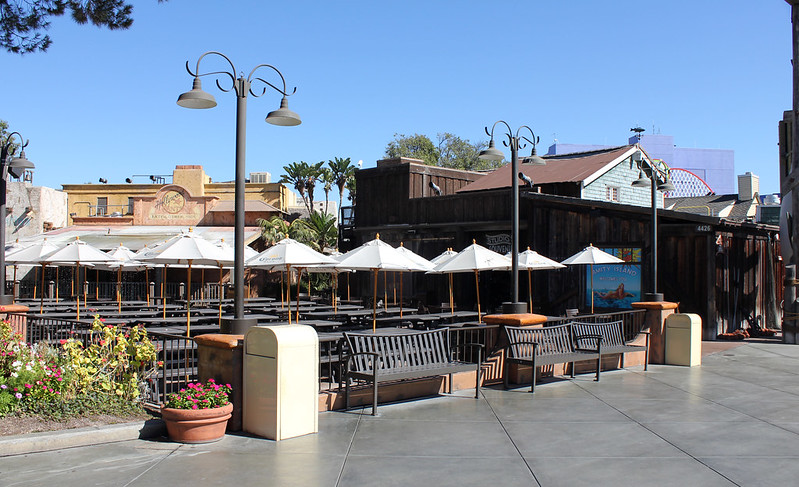 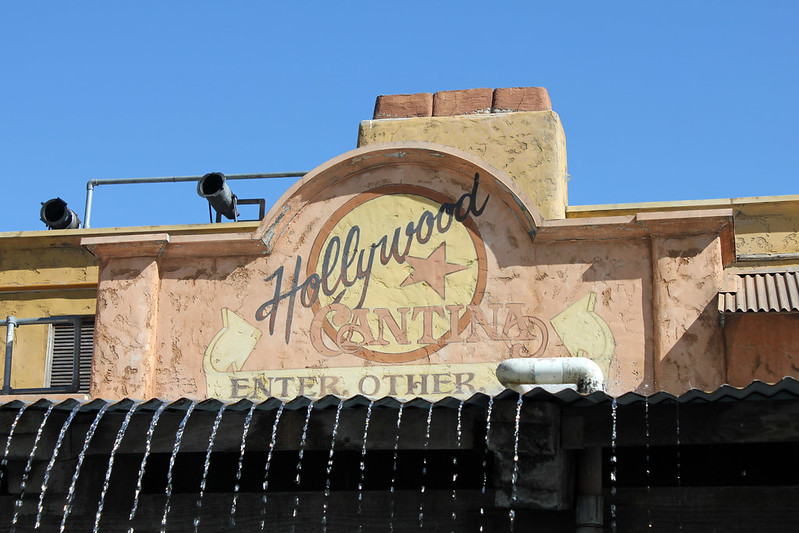 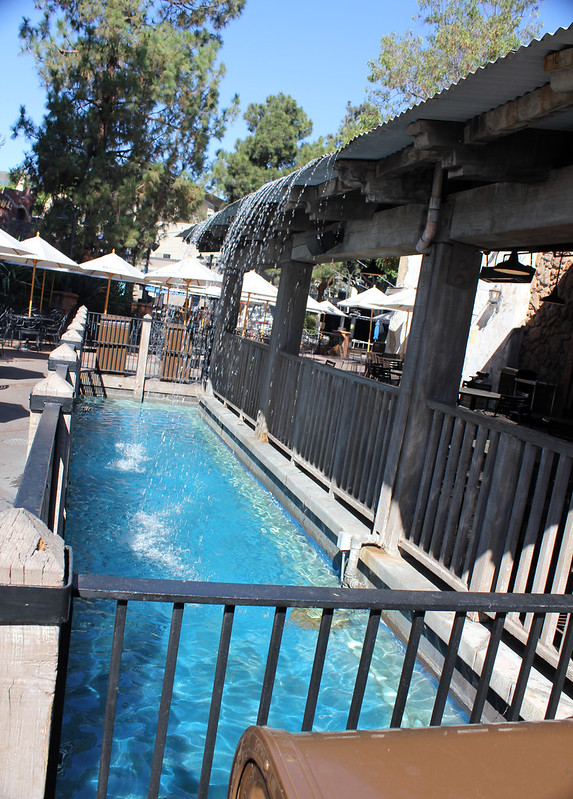 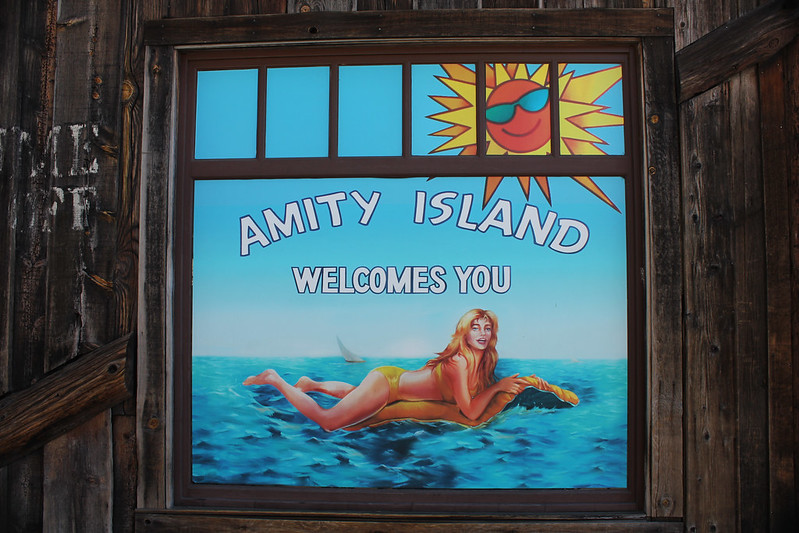 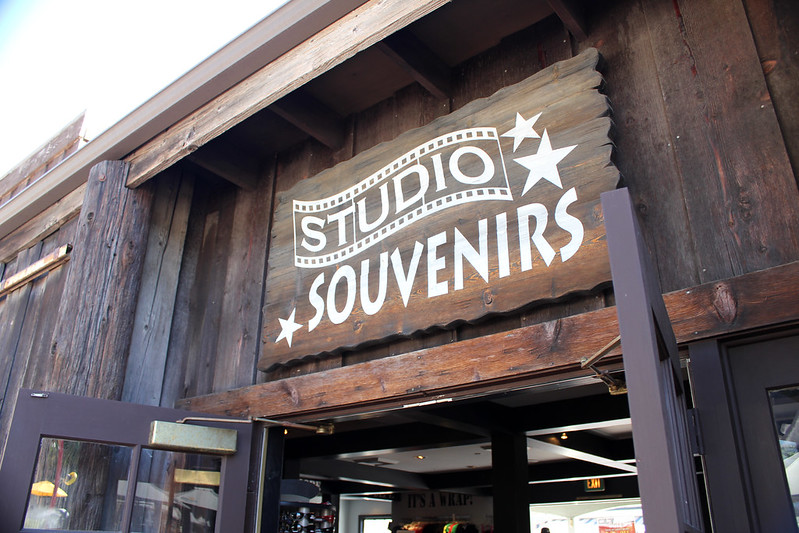 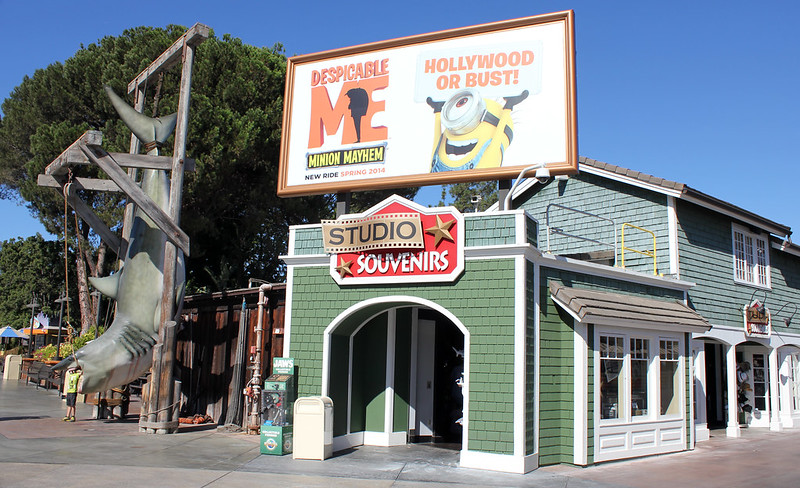 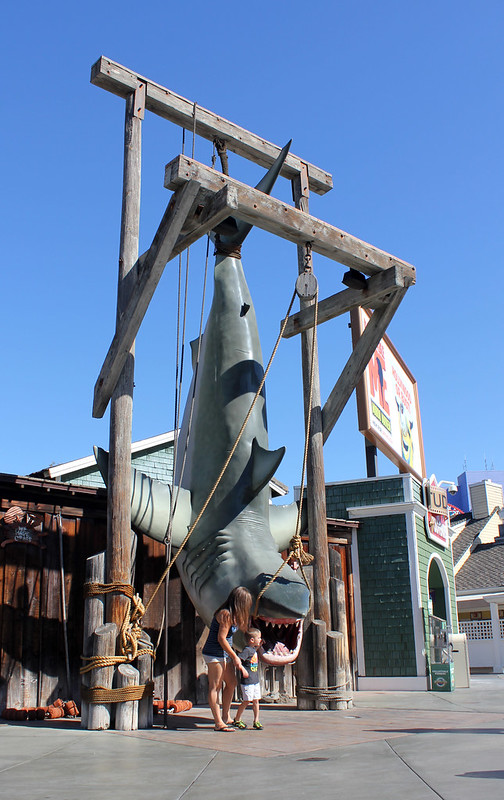 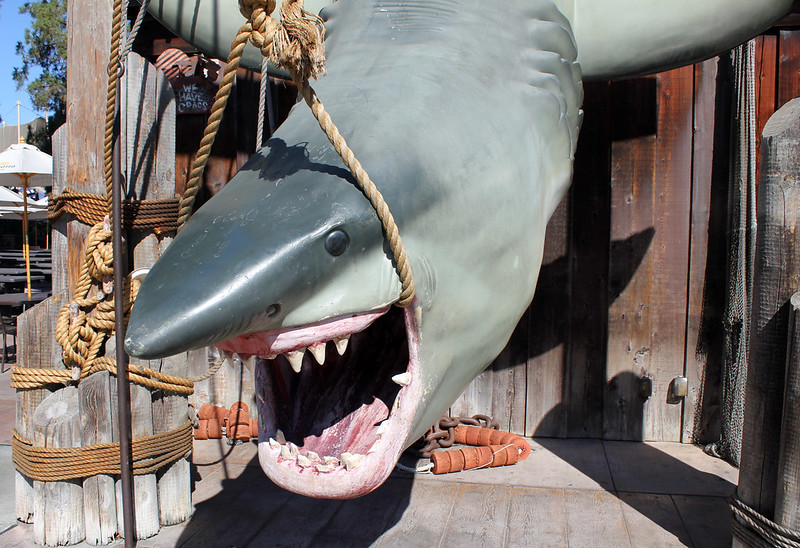