July 12, 2015 – As part of Shrek 4D’s ongoing enhancements, Universal has refurnished the show’s audio and lighting roster – complete with new effects and fixtures.

Replacing the old moving head light fixtures (which were often difficult to maintain due their complex mechanical features and their long operating hours), Universal has added new LED lighting rigs to the main show room – syncing new effects with the film. While not as detailed as the previous effects, the new lighting effects now engulf the entire room, creating a more immersive experience that gently expands the scope of the theater screen. Subtle LED lighting have also been positioned overhead, adding light color to the film’s main scenes. Additional strobe light fixtures have also been added, and existing fixtures have been repositioned to add more colorful depth as guests enter and exit the theater. 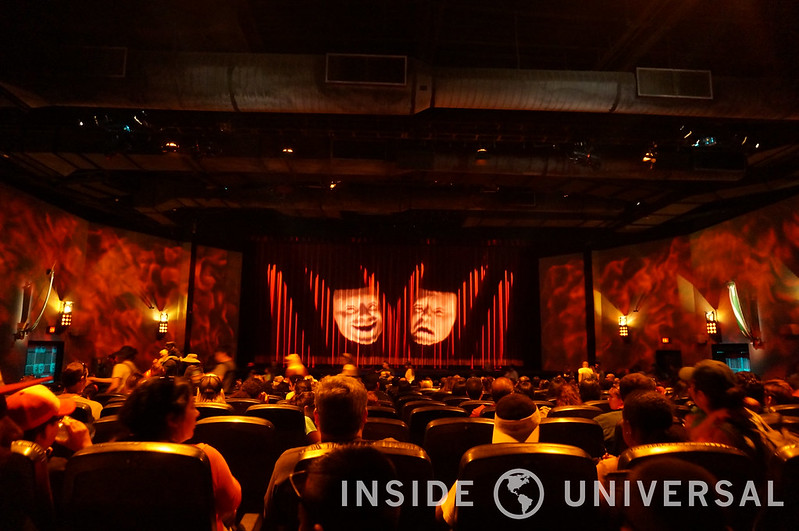 Though not as dramatic as the main show room, Shrek 4D’s queue has also received a handful of enhancements. The room now features additional sound effects and refined lighting in an effort to bolster the dungeon theme. In addition, Universal also appears to be reintroducing the internal Donkey meet and greet in the main show.

Please stay tuned to Inside Universal for more on this and other news emerging from Universal Studios Hollywood. We’ve included additional photos of Shrek’s new effects below. 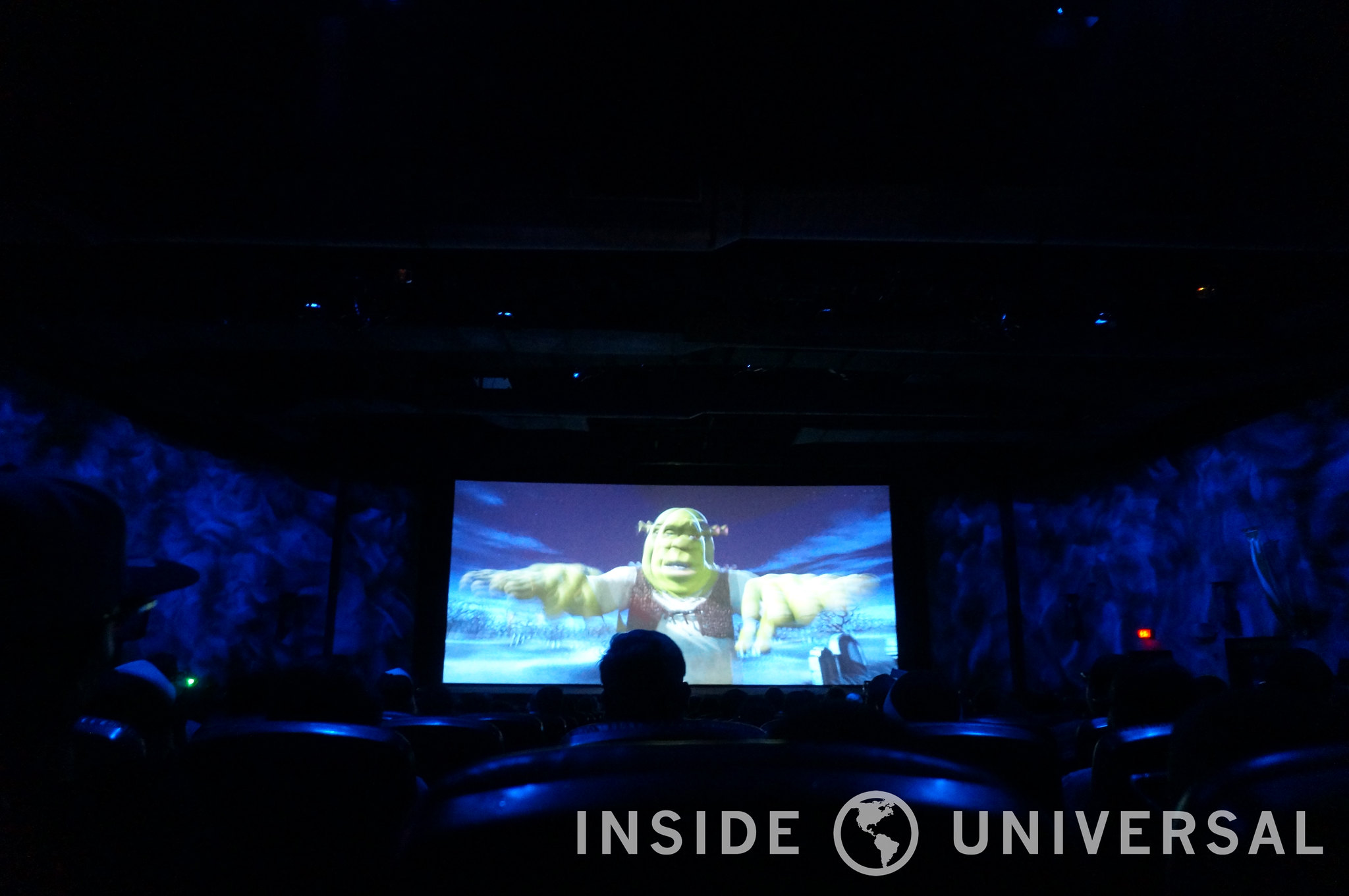 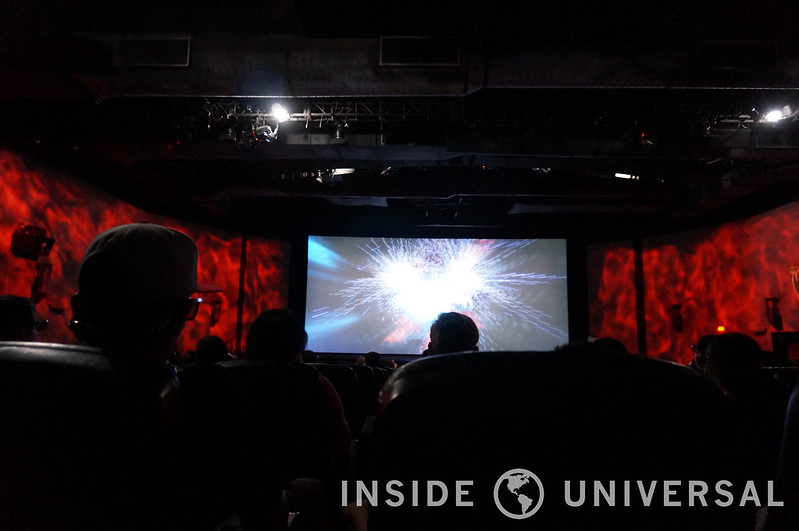 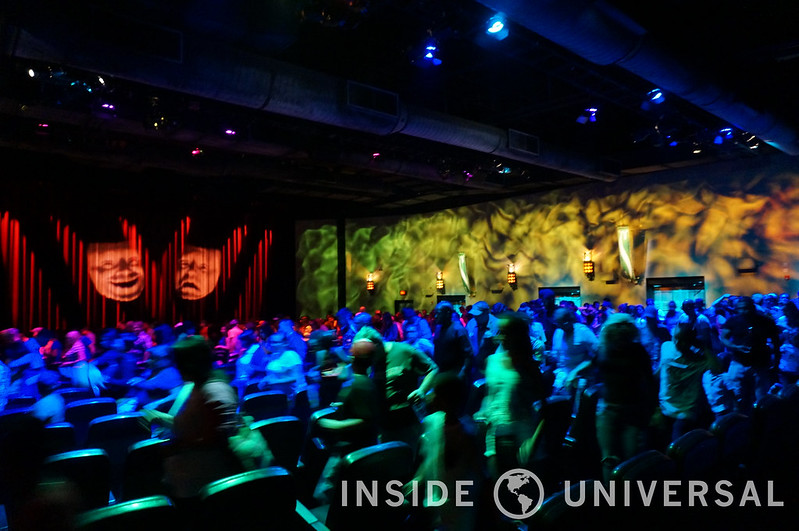 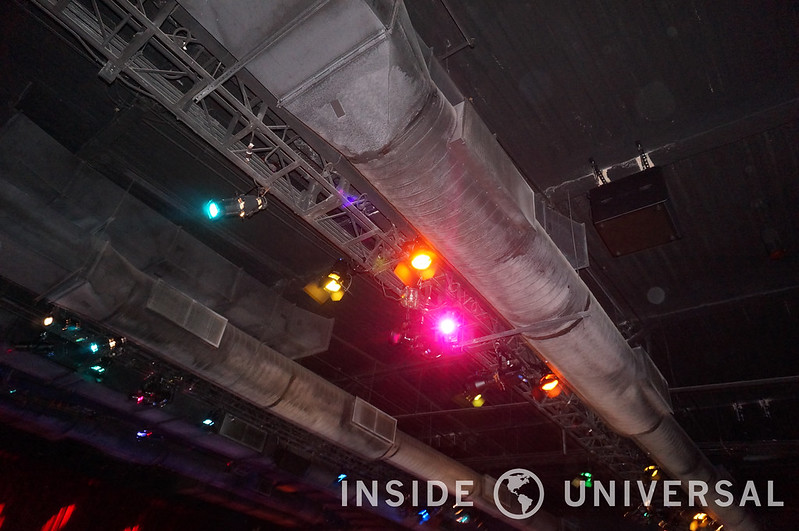