After an eventful 2015 in the theme park world, 2016 is shaping up to exceed it with all 3 Orlando resorts getting ready to complete and open more attractions and projects this year.

With massive rides, new coasters, hotels, and steps towards bigger expansions coming this year; fans should really be excited – because this is just the start of another “Theme Park Renaissance” over the course of the next few years.

After much discussion with the fellow OU staff, here our or Top 10 most anticipated theme park happenings for 2016. We arranged the list based on word of mouth, impact to the resort, and overall personal hype.

Many were caught off-guard last May when Universal surprisingly announced a partnership with video game giant Nintendo. Since then, it’s been all silent about future plans.

What we do know is that the partnership will include major attractions at Universal’s theme parks and will feature Nintendo’s most famous characters and games.  Could we finally be getting a better idea later this year?

Nintendo features timeless characters like Mario, Donkey Kong and Zelda. Not only will it appeal to fans of the parks, but this could potentially bring more family friendly areas for all ages to enjoy.

Opening sometime this Summer over at Busch Gardens Tampa, Cobra’s Curse will feature a 70 foot vertical lift and reach speeds of 40 miles per hour. A truly unique experience unlike many rides in Central Florida.

Located in the Egypt area of the park, explorers will “come face-to-face with an 80-foot snake icon, trek over the park’s Serengeti Plain and discover the mysteries of an Egyptian archeological excavation.” 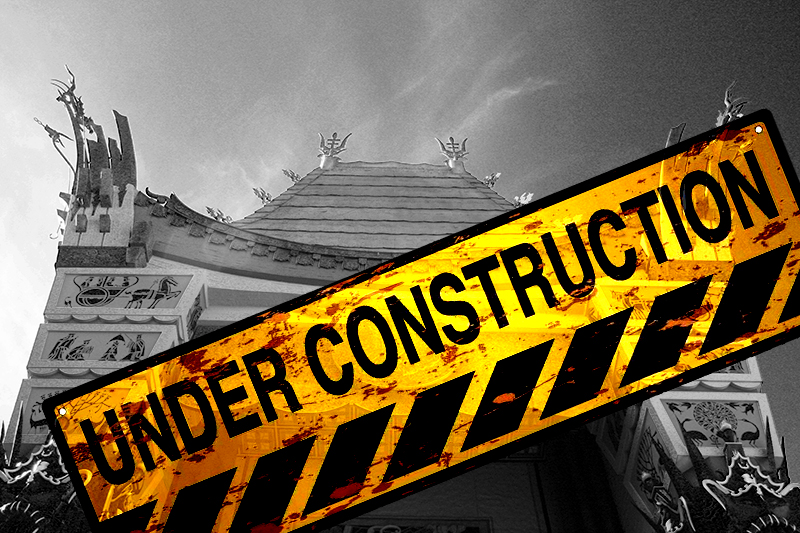 After several years of closing attractions and shows – including the sad news that the Osborne Family Spectacle of Dancing Lights was ending – this is the year we will finally see Disney get the ball rolling on Hollywood Studios. Even though the park is in rough shape now, the future is very bright.

There are ambitious plans to bring Star Wars to life, creating Disney’s largest single themed land expansions ever at 14 acres. In addition, the 11 acre Toy Story Land will transport guests into the adventurous outdoors of Andy’s backyard. 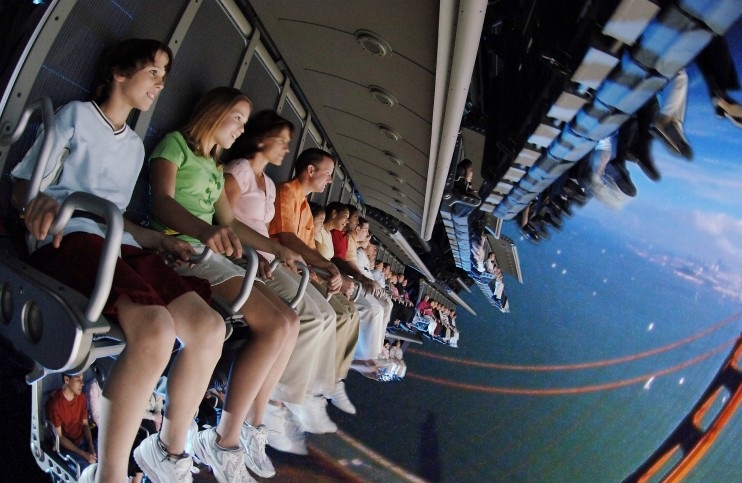 7. Soarin’ Around the World

After years and years of rumors, Disney finally announced that Soarin’ will expand beyond its flights over California and will include the rest of the world.
The re-do will also include all-new digital screens and projection systems, and the addition of a 3rd theater. Adding additional locales instead of focusing on California will really help increase re-rides as the attraction had become somewhat stale in recent years.
Guests will now journey to far-flung lands and fly above some of the world’s most unique natural landscapes and man-made wonders when the new Soarin’ Around the World makes its debut.

Announced in September 2014, the 1,000 room Loews Sapphire Falls will open to guests this July. Heavily inspired by the “picturesque rivers and waterfalls of the Caribbean” – this will most likely be the hotel of choice for theme park fans during HHN 26.

The new resort will feature Universal Orlando’s largest on-site, zero-entry pool at 16,000 square-feet, with a white sand beach, a water slide, cabanas and a fire pit.

Strong Water Tavern, a destination lobby lounge overlooking the hotel’s towering waterfalls and offering a tapas-style menu, seems to be an early favorite for fans and future guests.

The new “Frozen”-inspired attraction will finally open its doors in the Norway pavilion at Epcot with many theme park fans ready to critique or praise the much-debated attraction – based off Disney’s biggest animated hit in years.

Did fans overreact? Is Frozen-hype over? Would a Frozen-based land been a better solution? We’ll find out later this year.

When the ride opens, guests will be transported to the “Winter in Summer Celebration” where Queen Elsa creates a special day for the kingdom. Guests also will travel to Elsa’s Ice Palace, the ice-blue world of the North Mountain, and the Bay of Arendelle. 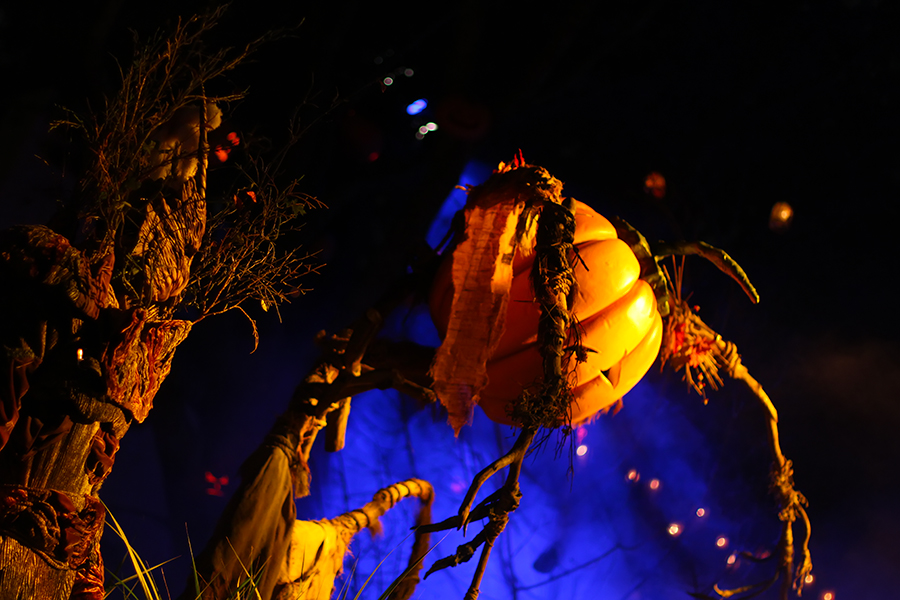 After a very well-received 25th year, how does Universal follow it up; and can they top it? After 4 consecutive years, will The Walking Dead return for a record 5th year in a row?

With construction imminent on Universal Studios’ future projects, will they adjust and have an event similar to Halloween Horror Nights 22 or will their hand be forced and expand the event to both parks?

A lot of intriguing questions going into this year’s event. 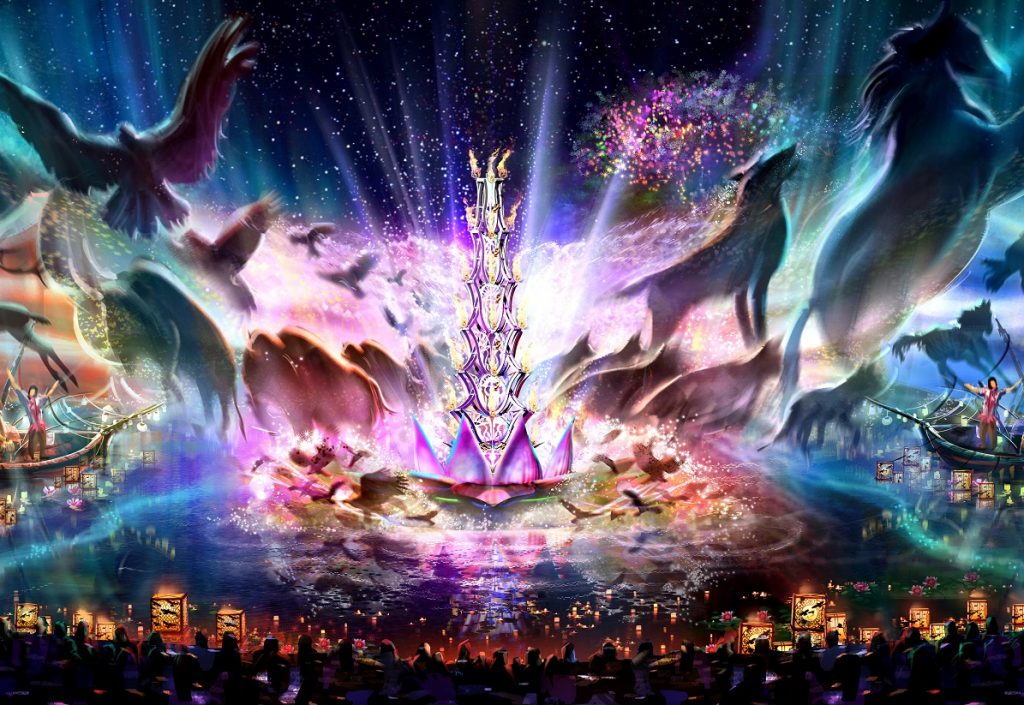 Disney’s Animal Kingdom will finally feature new nighttime entertainment and experiences with “Rivers of Light” when it debuts in the Spring. From the concept art released, it’s shaping up to be a fantastic animal-environmental spin on the popular World of Color nighttime show over at Disney California Adventure.

With a waterway as its stage, the innovative new show will feature entertainers, floating lanterns, water screens and swirling animal imagery that will add the park much-needed life at night, especially as it gears up for the opening of Avatar in 2017. 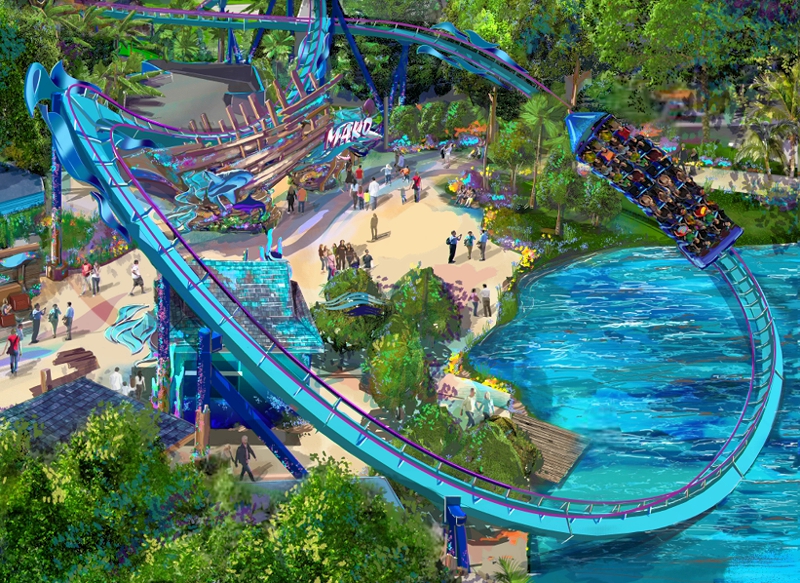 Mako – named after the fastest shark in the Ocean – will be the tallest, fastest, and longest Roller Coaster in Orlando when in opens next year, and be the city’s first Hypercoaster. Standing 200 feet tall and reaching speeds of 73 MPH, fans of roller coasters should be excited to finally ride it when it opens.

B&M – Mako’s manufacturer – and SeaWorld Parks have a long standing and award-winning relationship together. Mako will be the companies’ 15th collaboration and will join SeaWorld’s award winning duo of Kraken and Manta, as well as several of its sister parks’ award-winning B&M designs – like Montu, Kumba, and Alpengiest. B&M’s designs are widely known as the best coasters for ride comfort, fun factor, and quality of ride.

Undoubtedly, this is the attraction that everyone has been eyeing with anticipation, especially since construction started because the building is MASSIVE!

The new attraction will open in the summer of 2016 at Universal’s Islands of Adventure and early impressions is that Universal has really stepped-up their environmental themeing. The land isn’t even open yet and already establishes a fantastic, ominous presence around the Jurassic Park area.

Guests are transported deep into a wild and mysterious world, where their mission is to discover creatures of unknown origin – but where they are soon fighting for their own survival. Their journey will take them through an ancient temple inhabited by hostile natives, a perilous jungle ruled by prehistoric creatures, a foreboding underworld of caves concealing unspeakable terrors – and face-to-face with the colossal Kong himself.

Agree or disagree with our list? Let us know on our Forums.