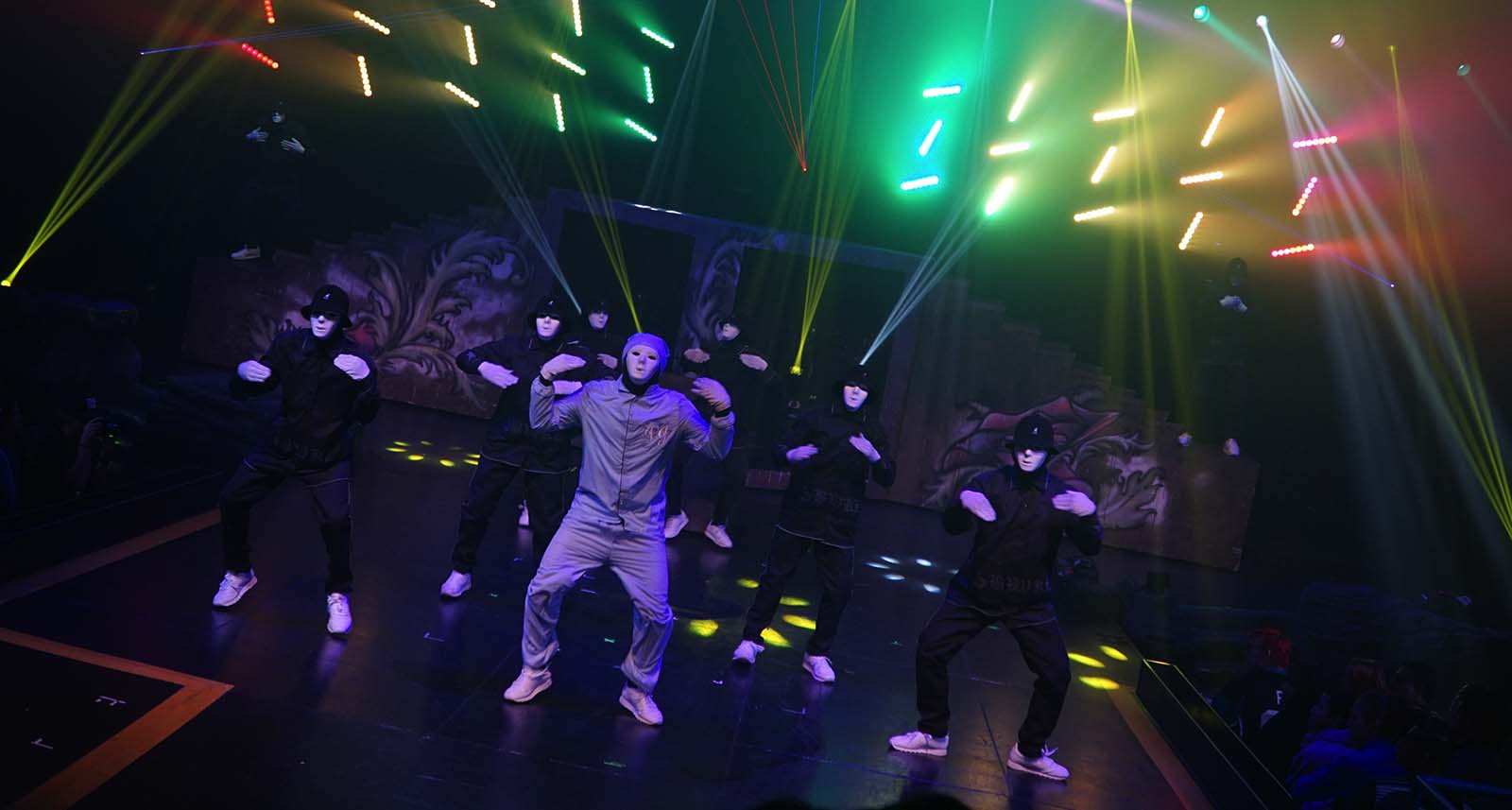 Now the question remains: can they deliver the same level of spectacle again for 2016? 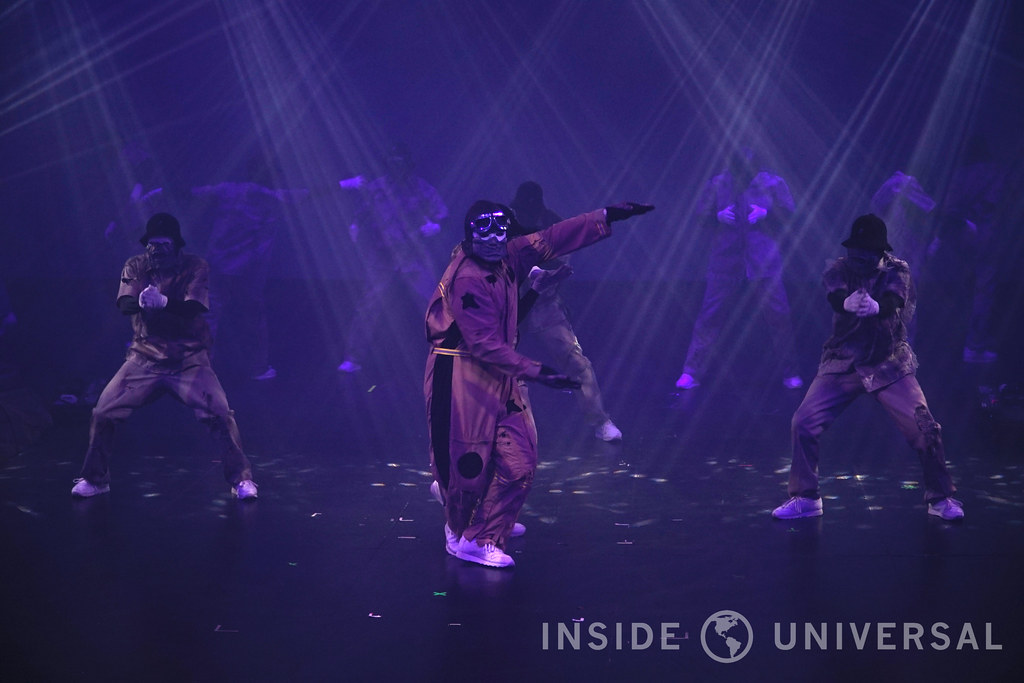 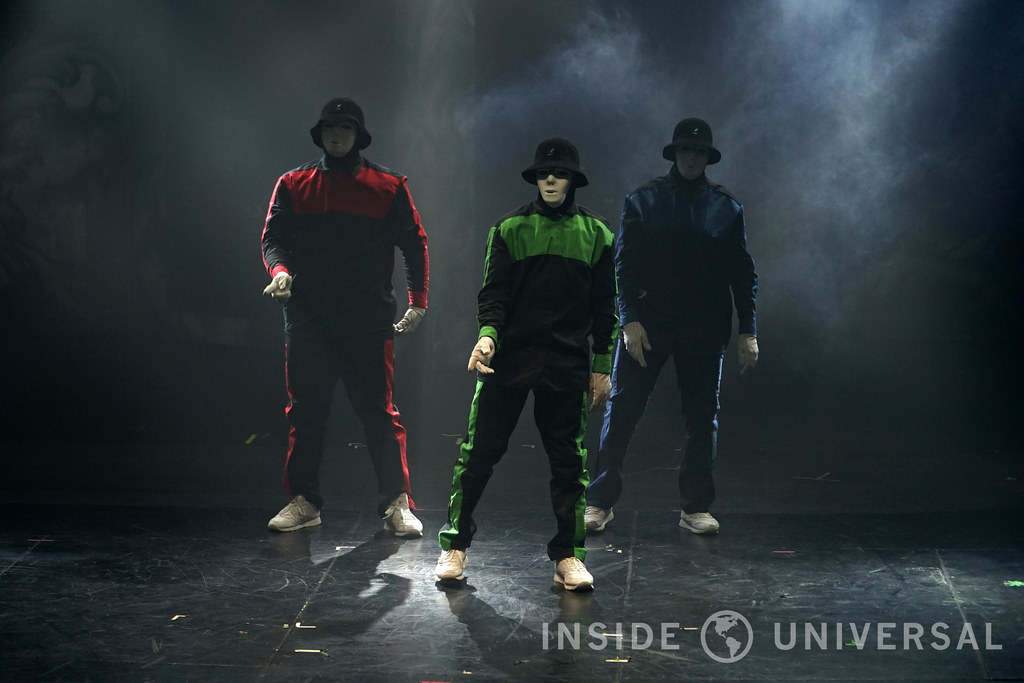 Housed in the Castle Theater, Jabbawockeez – you would assume – focuses on one thing: dance. And while they certainly do, their productions have also garnered a reputation for high-caliber lighting and sound. In other words, even if you’re not someone that may seem interested in the notion of watching a dance-group for thirty minutes, there’s enough in this year’s show to attract your attention. As someone who has long wished for an over-the-top spectacle from Universal, Jabbawockeez certainly delivers with a lighting package that’s sure to make even the Disneyland Resort jealous.

To their credit, Jabbawockeez fully exploits the Castle Theater to deliver a high caliber show, outfitting the venue with even more lights, lasers and strobes than are even necessary in a venue of that size. If you’re a fan of lighting or any show with incredibly high production values, watching the Jabbawockeez will make you wonder why Universal can’t put a show like this year-round. After all, the venue’s there. 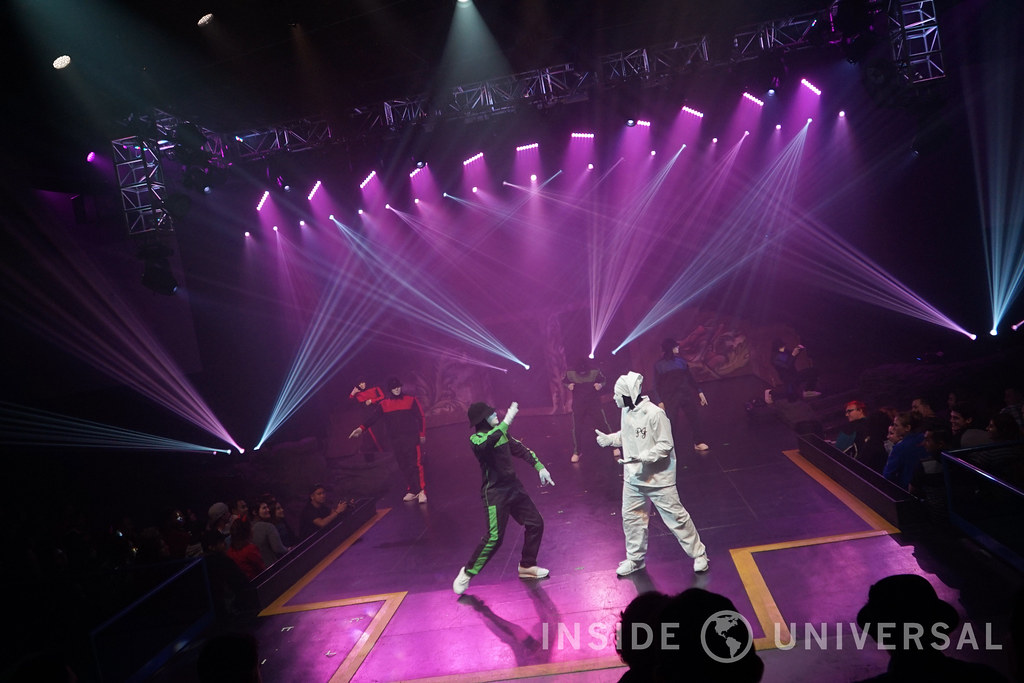 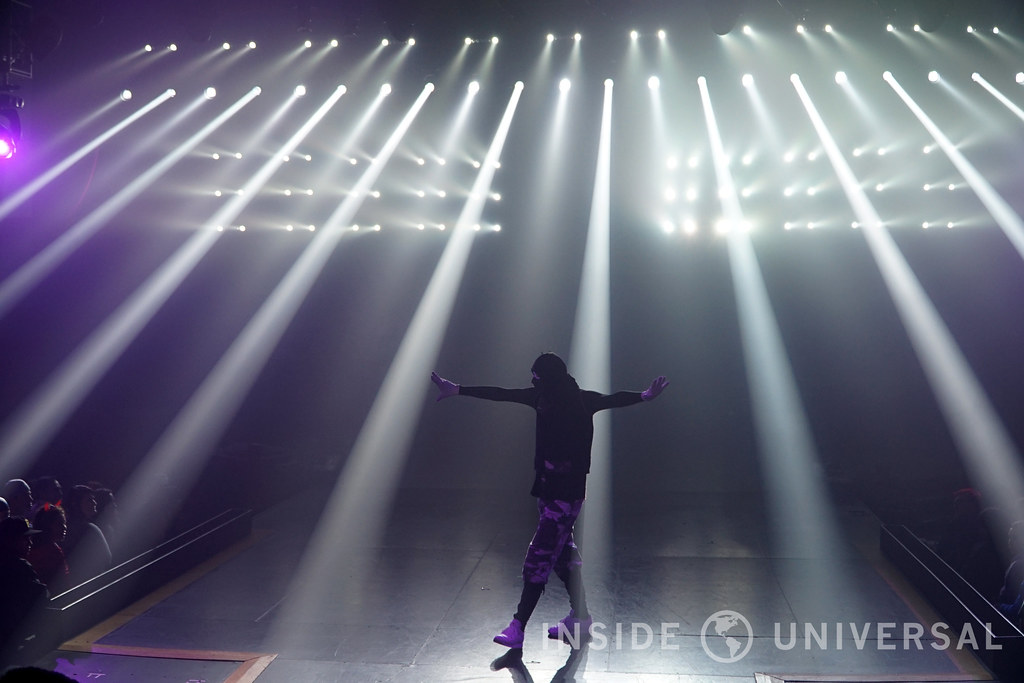 But underneath the superficial allure of fancy lighting and audio, Jabbawockeez succeeds on another important level: seemingly limitless universality. Having seen their show in Las Vegas, I was worried that the Horror Nights audience – who are notoriously fickle with stage shows – wouldn’t be captivated long enough to sit through their entire 30-minute performance. Bill & Ted was a popular fixture, but you could unfortunately tell that the show didn’t have the same connection with audiences as its counterpart in Florida. This isn’t a knock on the show itself (indeed, I would argue that during its run, Bill & Ted Hollywood consistently outmatched Bill & Ted Florida), but the Horror Nights crowd certainly didn’t seem to connect with what Bill & Ted was trying to do. They’re intent on spending time experiencing mazes, and rightfully so, considering the packed nature of a Horror Nights event.

Fast forward to 2016, and imagine my complete surprise to see audience members mesmerized by a scene without the use song or dance, relying only on the charisma and charm of a single performer. Not a pause, but an entire scene. Long time observers will automatically recall widespread walkouts for Creature from the Black Lagoon and Spiderman Rocks! during each of their respective quiet scenes, but audience members here were somehow captivated enough to stay.

How can a dance group in masks garner such undivided attention? Simple. The Jabbawockeez, through the use of Chaplin-esque slapstick and humor, are enduring. And like Chaplin, the group is able to transcend traditional boundaries of taste through the smart use of chorography and humor. The Jabbawockeez aren’t merely a dance group, but rather a group of entertainers that understand the art of entertainment. A simple description indeed, but its execution is surprisingly harder than it appears. After all, there’s a reason why there are so many terrible shows in existence.

Luckily for fans, their 2016 performance continues to bring that type of enduring entertainment in spades. 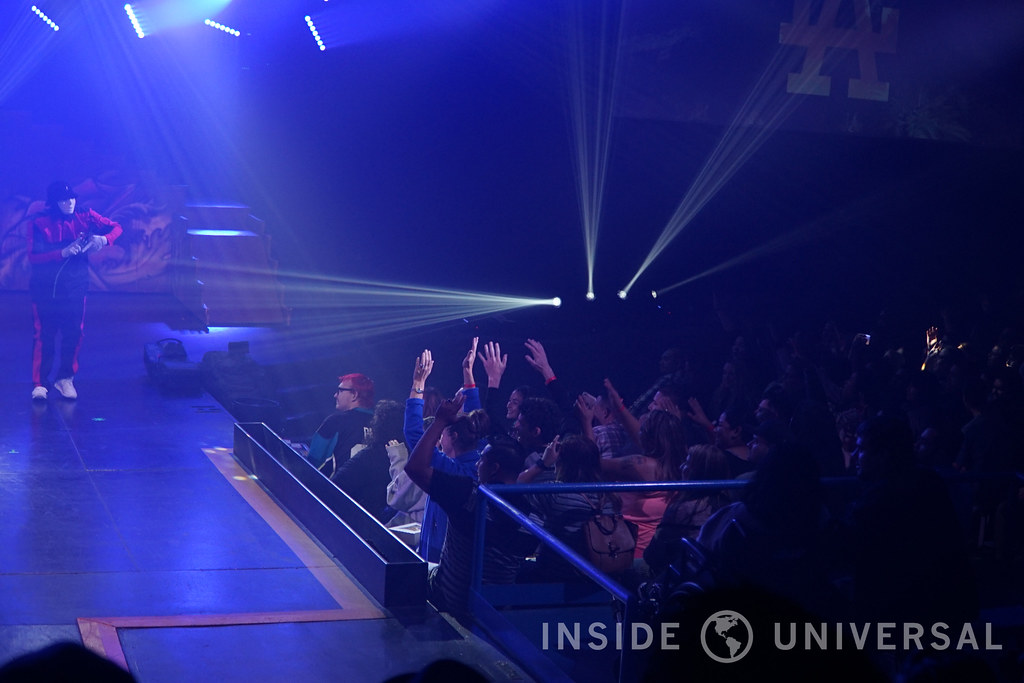 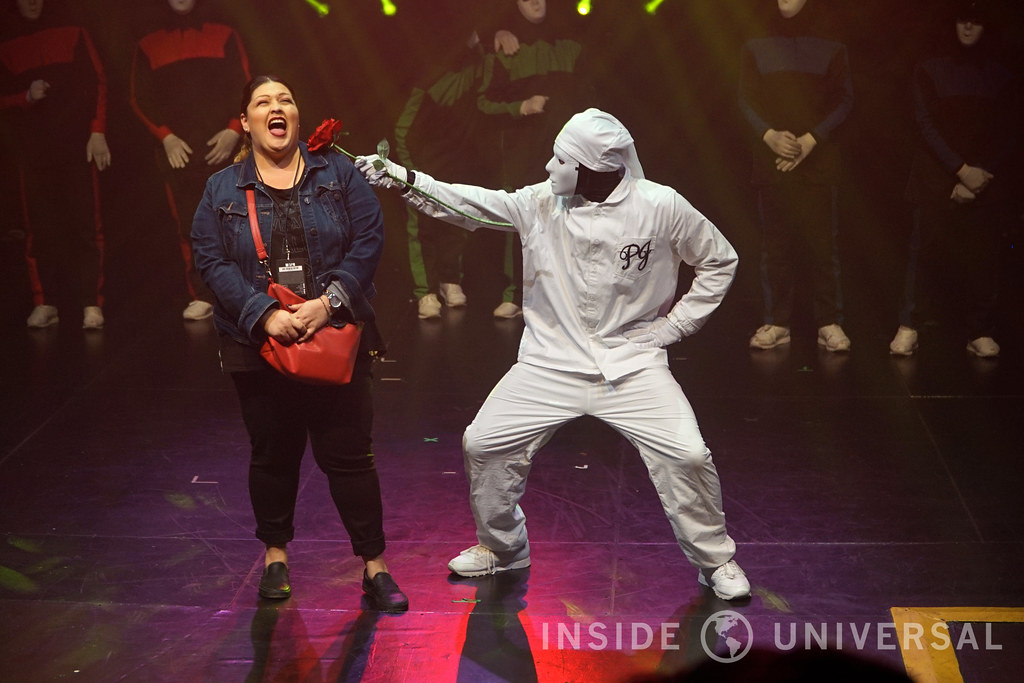 So what does their 2016 show bring? Amazing dance, lighting and music aside, this year’s performance focuses on the character of PJ and his struggle with monotony. Through an epiphany, PJ begins to discover the joy of life through a series of dream sequences with a little guidance from his friends. No, this show isn’t Halloween related, but quite frankly, it doesn’t need to be. The Jabbawockeez exceeds on its own terms, and judging from the reaction of the crowds, guests seem to agree. There’s enough dance, music and even humor to keep everyone entertained, regardless of whether or not it has a direct connection to the horror genre.

If you’re interested in high caliber entertainment, make an effort to see this show. You won’t regret it.

One quick note: since the Castle Theater has an unusually wide seating area, we recommend sitting in the back of the theater to get a full perspective of the show. There’s enough show that takes place in the center stage that may make sitting in the front uncomfortable (unless you’re comfortable turning your head). 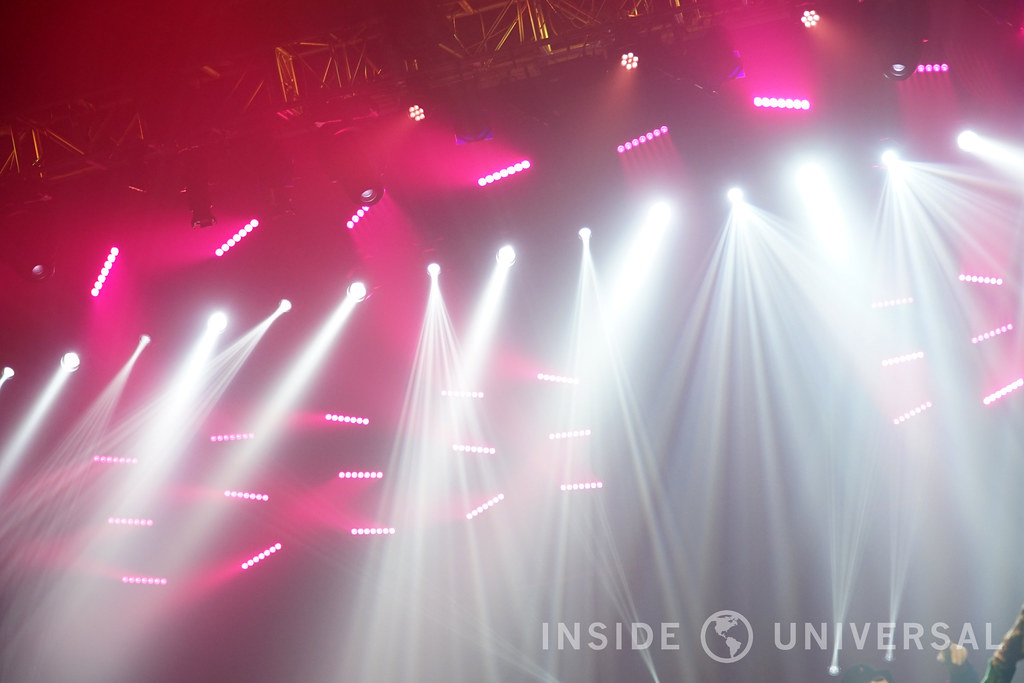 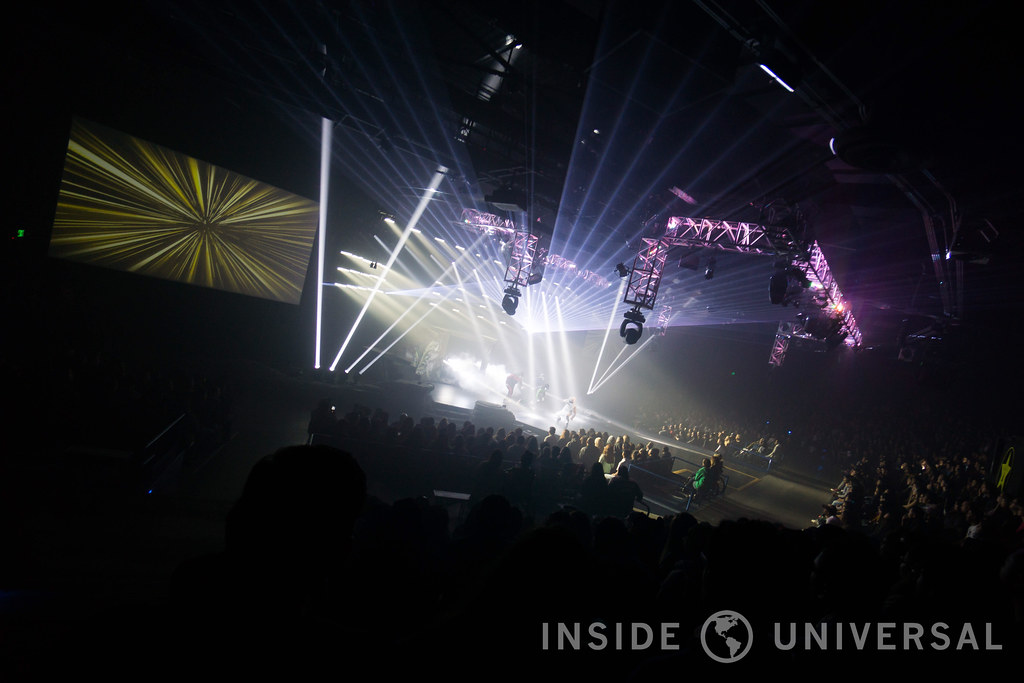 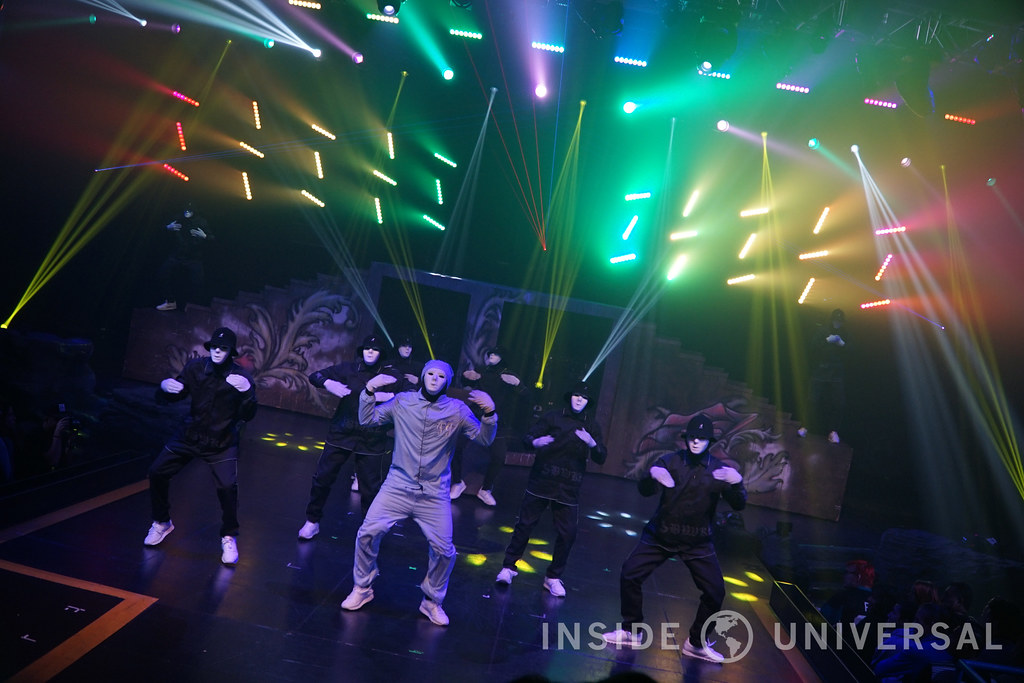 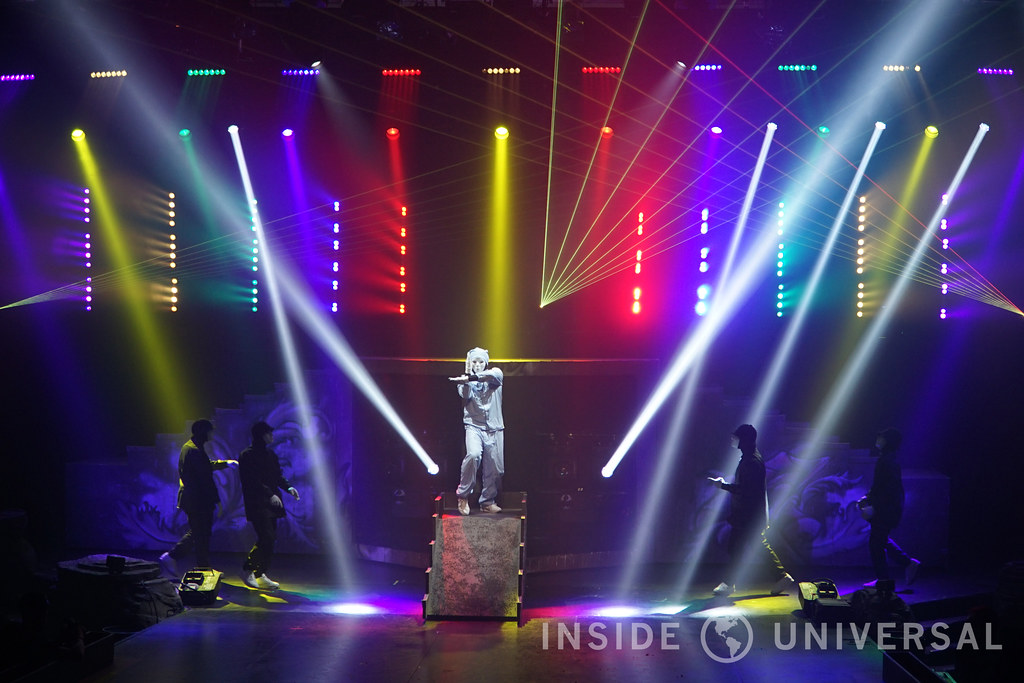 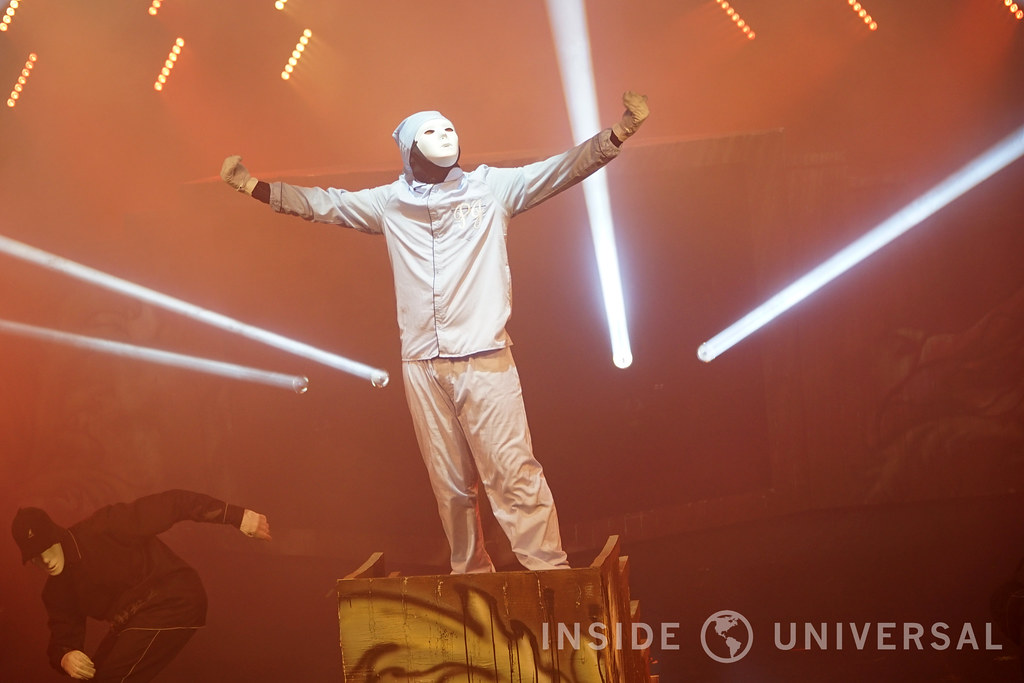