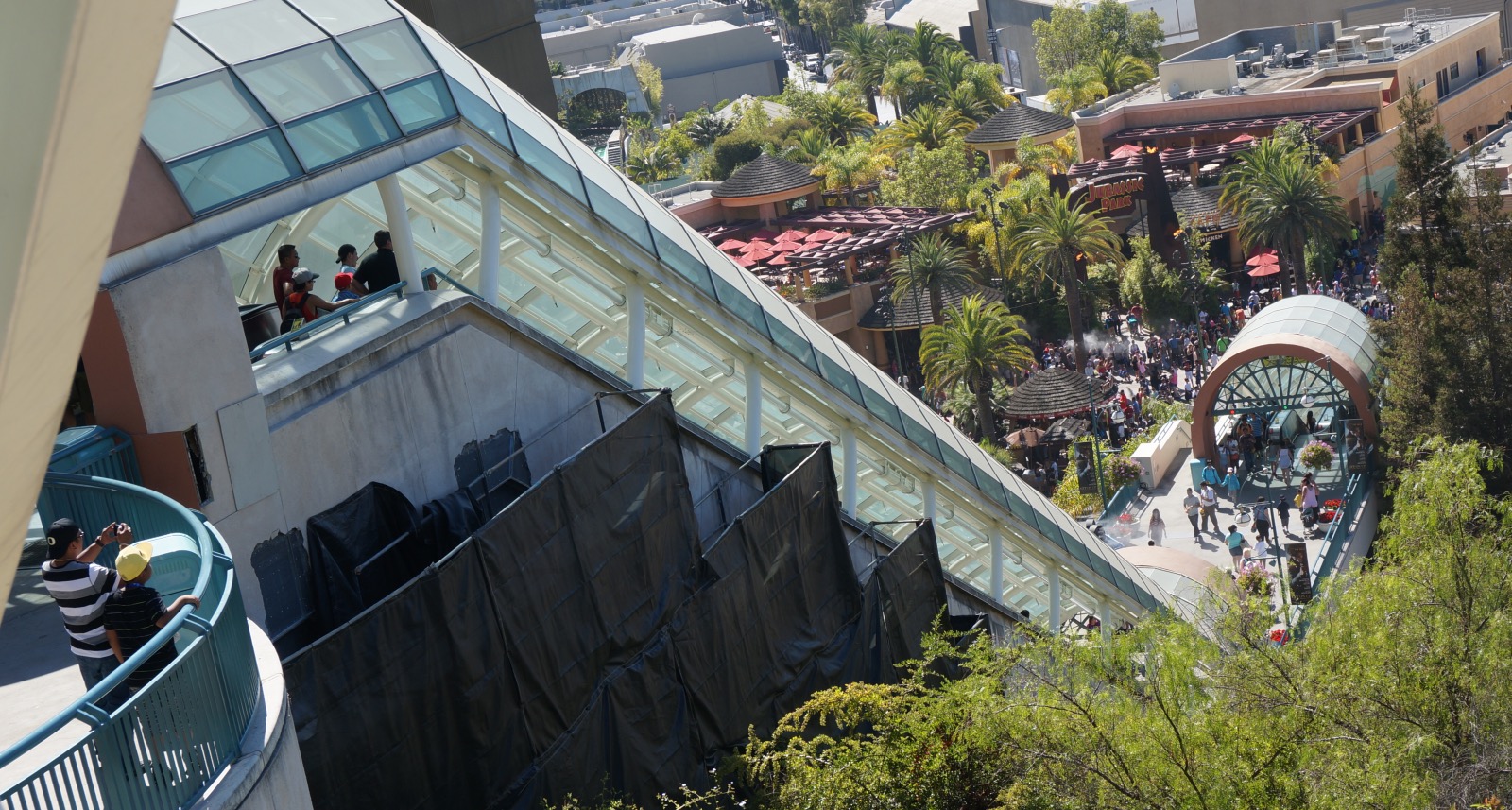 Universal Studios Hollywood will expand the StarWay with a fourth escalator bank, Inside Universal has learned. In addition, Mummy Treats and the adjacent lockers will be closed and possibly demolished as Universal clears the StarWay’s Lower Lot entrance for the planned expansion.

Universal’s expansion calls for a rebuilt canopy alongside the widening of the StarWay’s primary thoroughfares to accommodate additional guest traffic. Construction for the expansion will most likely begin in November, and continue until summer 2017.

Mummy Treats – the Lower Lot’s go-to snack shack – and the adjacent lockers will be also closed and possibly rebuilt to accommodate the extra StarWay lane. This project is expected to coincide with the refurbishment of Revenge of the Mummy: The Ride – the latter of which is expected to receive technological upgrades.

As Universal plans to close Mummy Treats and the Revenge of the Mummy locker rooms, the park plans to add temporary food carts and lockers to accommodate guests.