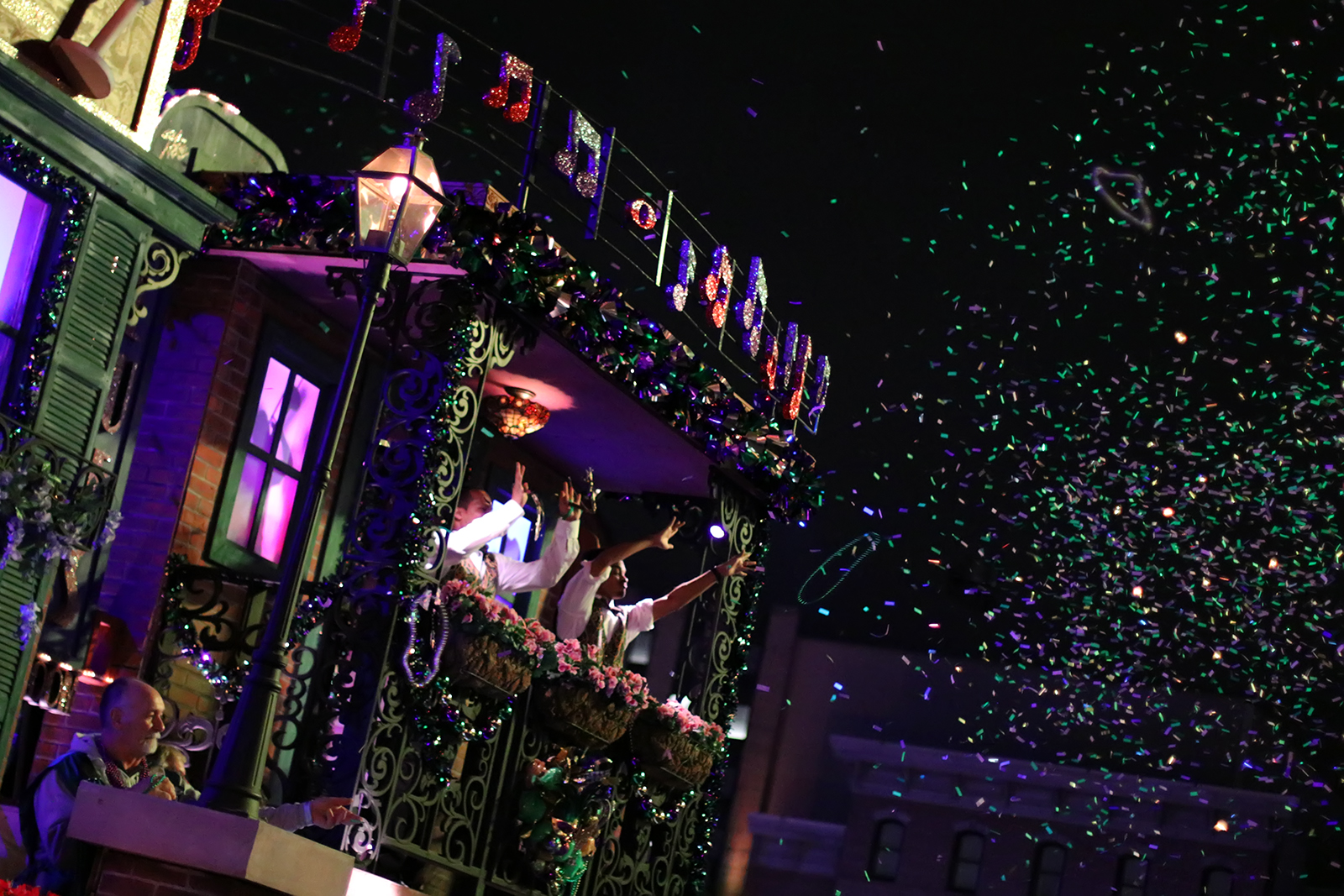 It’s another year of Universal’s beloved Mardi Gras event, and the event continues to bring its own flair of the Big Easy celebration with concerts, parades, food and more at Universal Studios Florida.

If you’ve been before, you know the drill. Zydeco music blasts throughout the park as you make your way through the French Quarter courtyard to try some Cajun cuisine, and maybe even earn some beads along the way. The parade caps off most nights, as guests on the floats encourage you to stand out as they toss beads in your direction.

The French Quarter Courtyard still has many Cajun favorites, such as – Jambalaya, Andouille Sausage, Beignets, and Gumbo. The parade features 6 all-new floats created by Kern Studios, same people who design floats for the actual Mardi Gras in New Orleans, and are based on astrology signs – surprisingly replacing all the new floats that debuted last year. 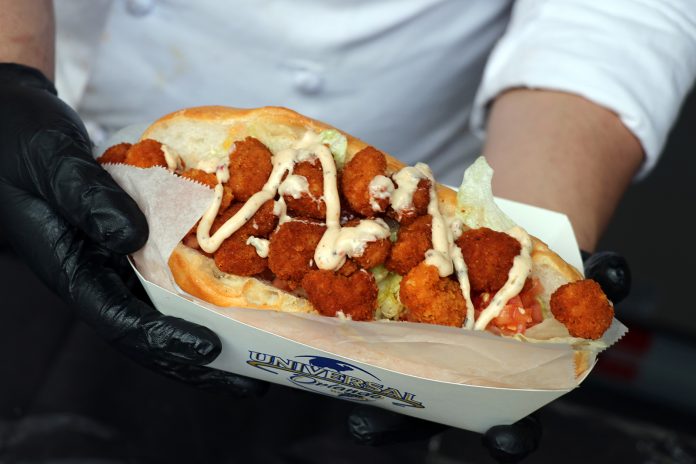 Hands down, the most entertaining thing to do at Mardi Gras – and maybe even Universal Orlando period – is riding a float and taking part in throwing beads to guests. You do have to dedicate some time to wait to ensure a spot, especially during busy nights, but the wait is very well worth it. Seeing guests, especially kids, take joy and ask for beads adds another level of fun to the event.

Mardi Gras time is one of our favorite times to visit Universal Orlando; yet with all the positive things of the event, it’s time for the event to grow.

The event has become so popular that they had to expand it last year, now running the event for 64 consecutive days instead of once/twice a weekend. Even with a great event like Mardi Gras, there’s always room for improvement.

The French Quarter Courtyard is great, but crowding is becoming an issue. A simple fix could be to either expand with more tents. If Universal wants to grow the event, a secondary food courtyard section would be the best thing they can do. Universal has yet to feature their own “Food & Wine” event, which has been notoriously successful at Epcot at Walt Disney World and now, SeaWorld with their recent Seven Seas Food Festival. 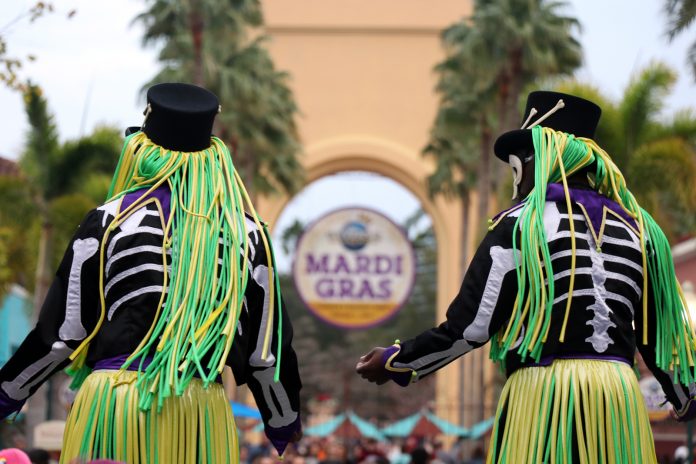 Mardi Gras is celebrated in many regions throughout the world, where it also is known as Carnival. Countries and regions such as Spain, the Caribbean, and more-famously, Brazil are all known for some very unique and delicious cuisine.

Beyond the food, each regions celebration is different, so it can add some additional depth to the event, and giving Universal something even more unique.

Besides the want (possibly need) for the event to grow, our only other critique is the themed drinks. The event’s mixed drinks from last year are back; Ragin’ Rumbalaya – a Pina Colada/Melon mix – and Carnival Cocktail – a citrus drink reminiscent of Sunny Delight. While they aren’t bad, it’s nothing special and is extremely light on alcohol – almost as if there was none mixed in. Hopefully next year, the flavors are changed and it includes something with a tiny bit more kick.

Despite those drawbacks, Universal’s Mardi Gras is a must-do, especially if one of your favorite musical acts comes to town. Enjoy the beads, enjoy the music, enjoy the parade – and as they say in the Big Easy, “Laissez les bons temps rouler!”

If you’re planning on heading out this year, we’ve prepared a guide that offers some tips and planning advice. Stay tuned to Inside Universal for more on Universal Parks & Resorts.