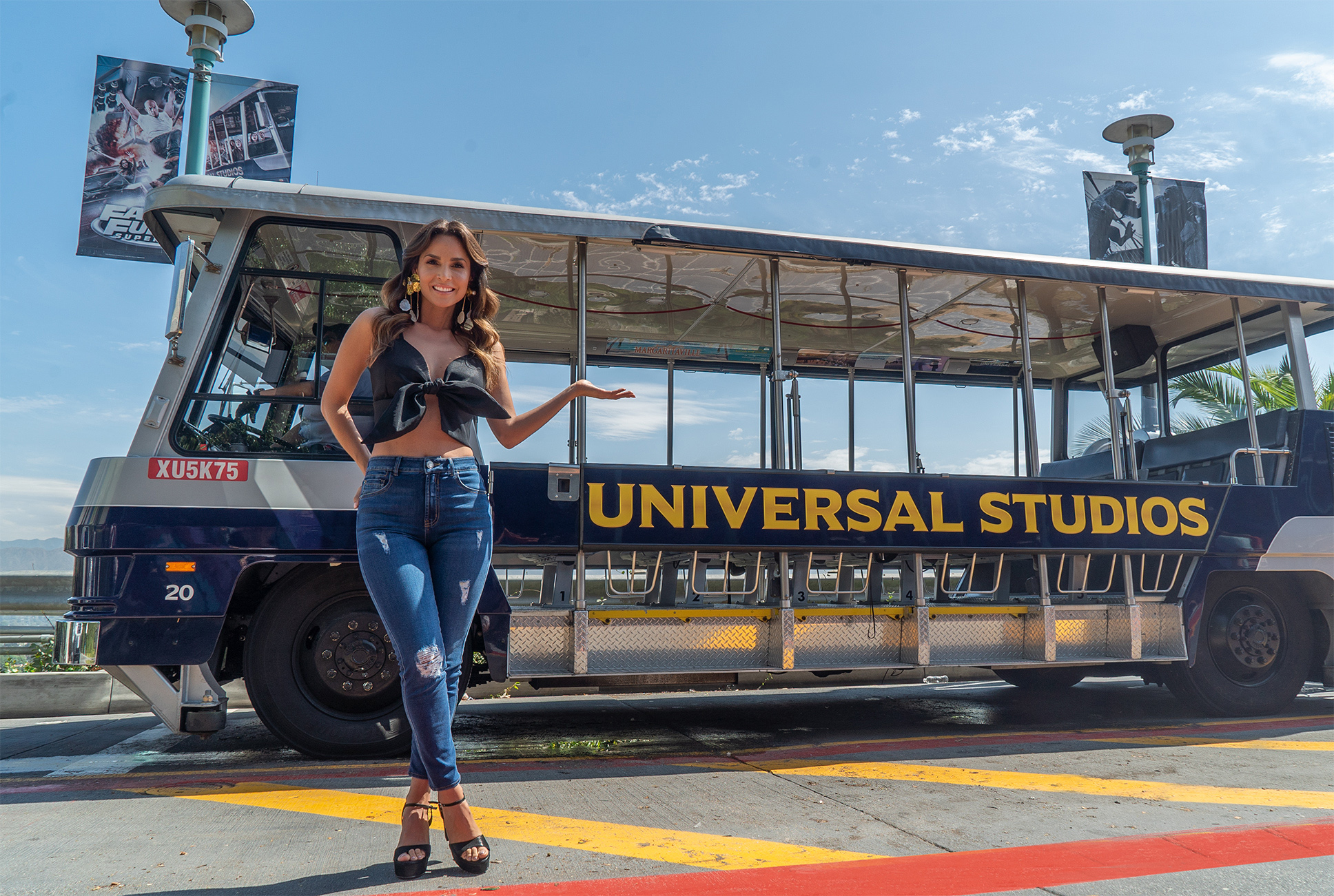 “I have always been a fan of Universal Studios Hollywood and amazed at how the Studio Tour gives people a genuine peek at show business in action,” said Carmen Villalobos.  “We had so much fun filming the segments for the Spanish Studio Tour and I am beyond thrilled to now be a part of this amazing attraction that brings guests just a little bit closer to the magic of Hollywood.”

A signature attraction at Universal Studios Hollywood for over 50 years, the world-famous Studio Tour has taken millions of guests behind-the-scenes of an authentic movie and television studio, immersing guests in the exciting and elusive world of movie-making magic.

During their 45 minute Studio Tour, guests span a retrospective timeline of favorite films on New York Street, the filming location for such movies as Hobbs & Shaw, Transformers and The Sting; Courthouse Square, made famous in the Back to the Future movies and To Kill A Mockingbird; the cobblestone streets of Little Europe where such films as The Pink Panther and Pirates of the Caribbean, were filmed; Six Points Texas, home to Hollywood’s greatest Western films, and Court of Miracles where Dracula, Frankenstein and The Hunchback of Notre Dame made horror film history.

Jimmy Fallon, host of NBC’s “The Tonight Show Starring Jimmy Fallon,” also appears in a variety of videos for the English-speaking Studio Tour.

The world-famous Studio Tour is a featured attraction at Universal Studios Hollywood and is included in the cost of admission to the theme park. Spanish-language tours run multiple times a day and it is recommended to visit www.UniversalStudiosHollywood.com for daily schedules.