One of the oldest remaining structures on the Upper Lot, the Hollywood Cantina once served Mexican-inspired cuisine, including burritos, tacos, beans and rice and fajitas to park guests on a seasonal basis.

The Hollywood Cantina was particularly known for its raining canopy, which used to flow into a moderately sized lagoon with a prop boat. The lagoon was eventually filled in favor of additional dining space in the early 2000s, while the raining canopy was retained up until September of last year. Since the closure, construction markers have appeared along the pathway between Special Effects Stages, Flintstones BBQ and the Hollywood Cantina. The venue is expected to be demolished in the near future.

While no replacement has been officially announced by Universal, it is widely believed that the most of the food venues within Simpsons Plaza will be replaced by a Simpsons-inspired food court similar to Fast Food Boulevard over at Universal Studios Florida. Doc Brown’s Chicken and Flintstones BBQ are also expected to close, with Inside Universal confirming the closure of Doc Brown’s Chicken possibly as soon as January 6th.

Please stay with Inside Universal for continuing coverage of Universal Studios Hollywood. 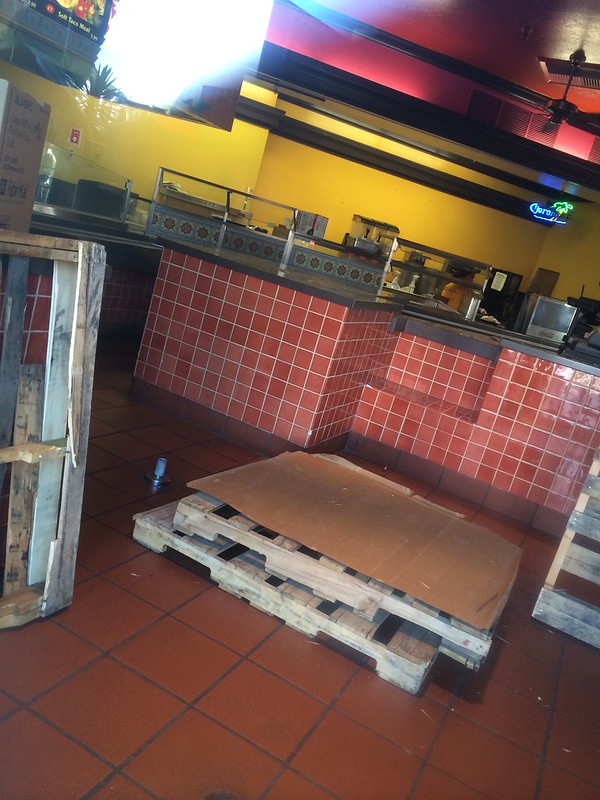 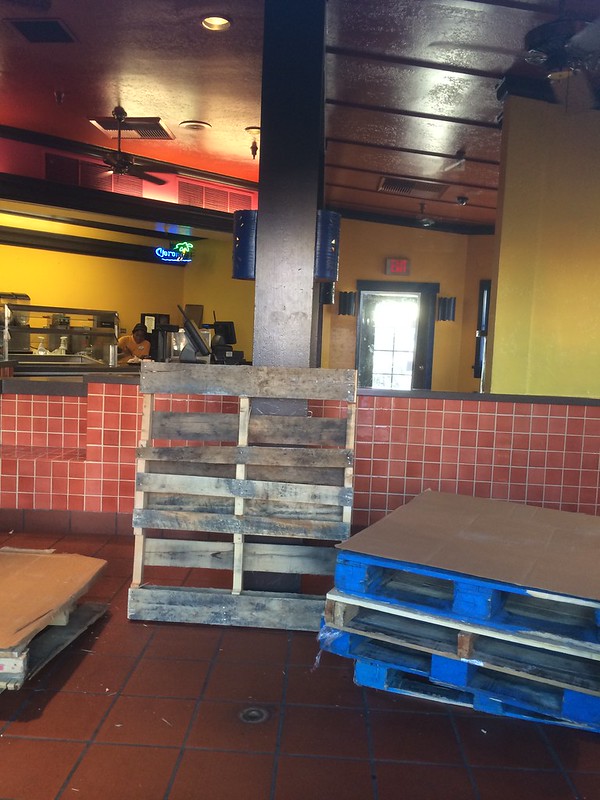