November 25, 2014 – Universal in the process of demolishing the venue that once encompassed Universal’s House of Horrors, Hollywood Photoland and the Blues Brothers stage, Inside Universal has learned.

As Inside Universal originally reported in late October/early November, the demolition of the Blues Brothers stage and Hollywood Photoland (alongside the surprising development that Victoria Station will also be demolished) is a concentrated effort by Universal to bring more cohesion to the entrance of the park. While Universal has confirmed that the new venue will house retail, entertainment and dining options, speculation had namely centered upon the extent to which these additions will be implemented – with many observers suggesting that Victoria Station (the venue that predated House of Horrors and Photoland) will simply be repurposed into a more unified venue without the need for demolition. 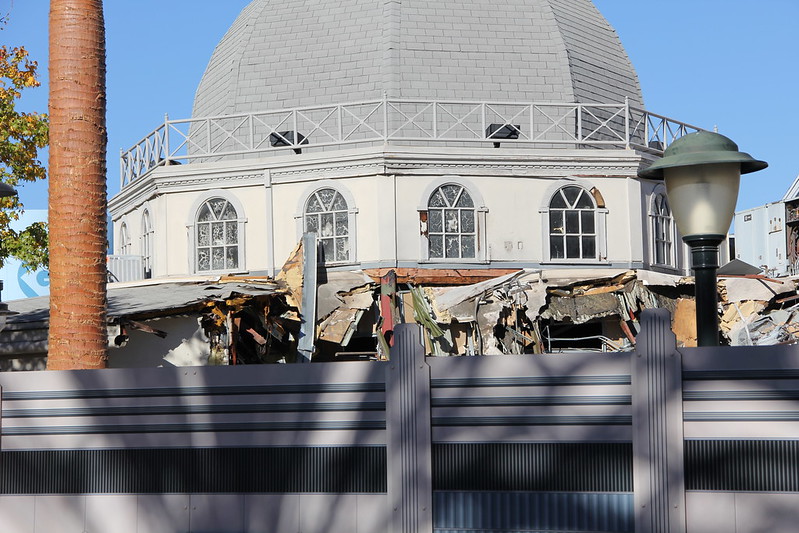 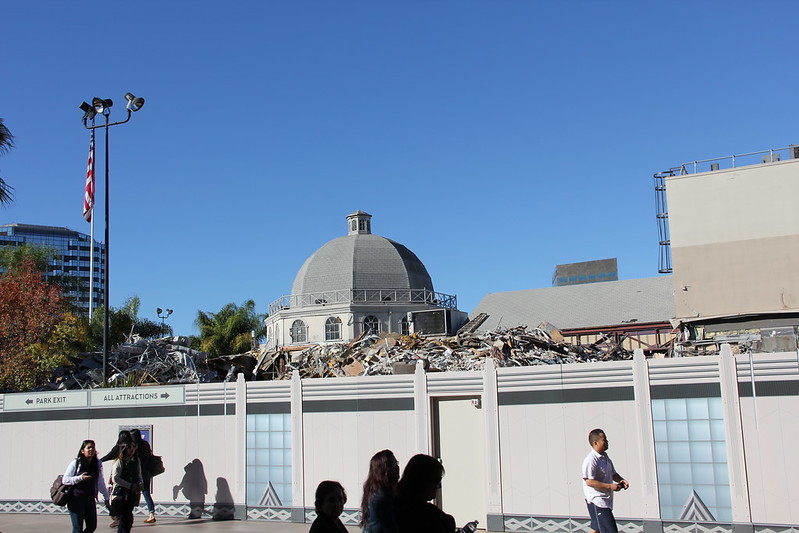 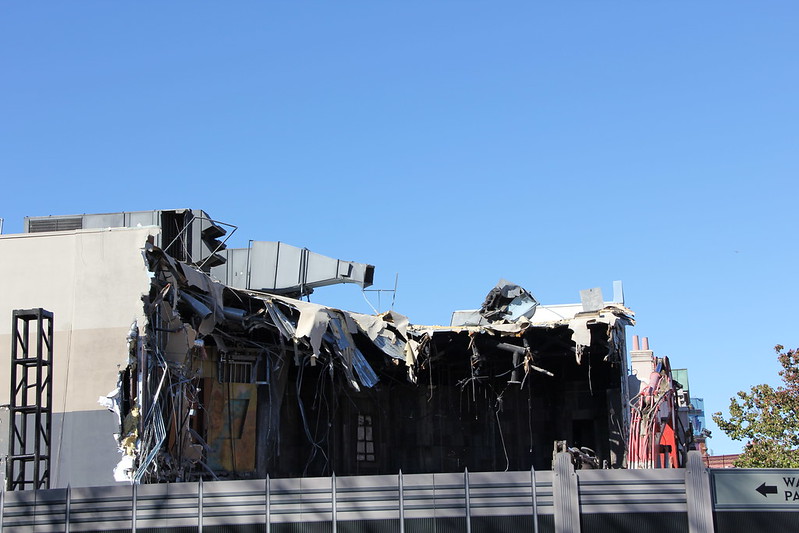 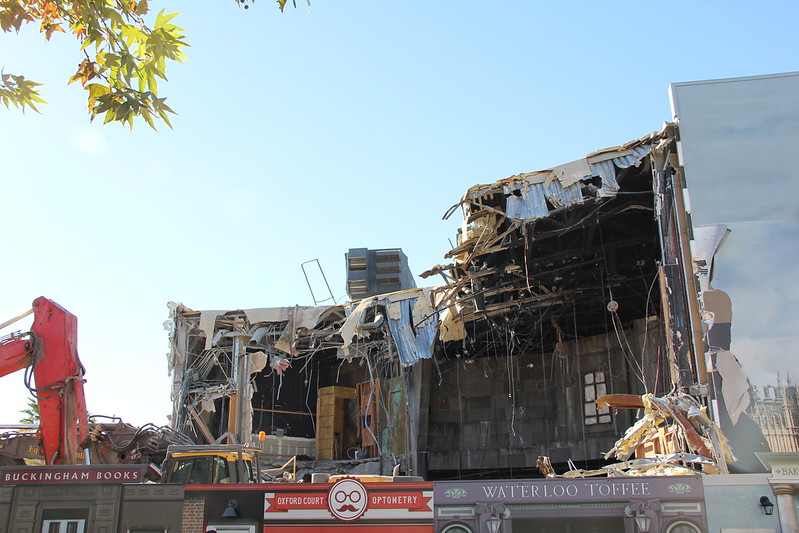 With this recent development concerning Vitoria Station however, it is clear that Universal is embarking on a more ambitious redevelopment project aimed at streamlining the entrance of the park.

Originally constructed in 1977 as the Victoria Station Restaurant, the venue was repurposed in 2000 as multiuse space, initially housing the Chicken Run Maze after the closure of the Marvel Mania restaurant. Since then, Victoria Station has seen a variety of designs that namely revolve around the concept of a year-round maze – including the Mummy Returns, Van Helsing: Fortress Dracula and Universal’s House of Horrors. Victoria Station’s remaining wing was also used to house Hollywood Photoland, Universal’s central photo processing hub in the venue’s latter years.

News of the changes originally began with the closure of Universal’s House of Horrors in late September followed by the more recent closure of Hollywood Photoland and the Blues Brothers stage in early November. It is expected that the Universal Studio Store will be extended as part of the overall redevelopment effort.