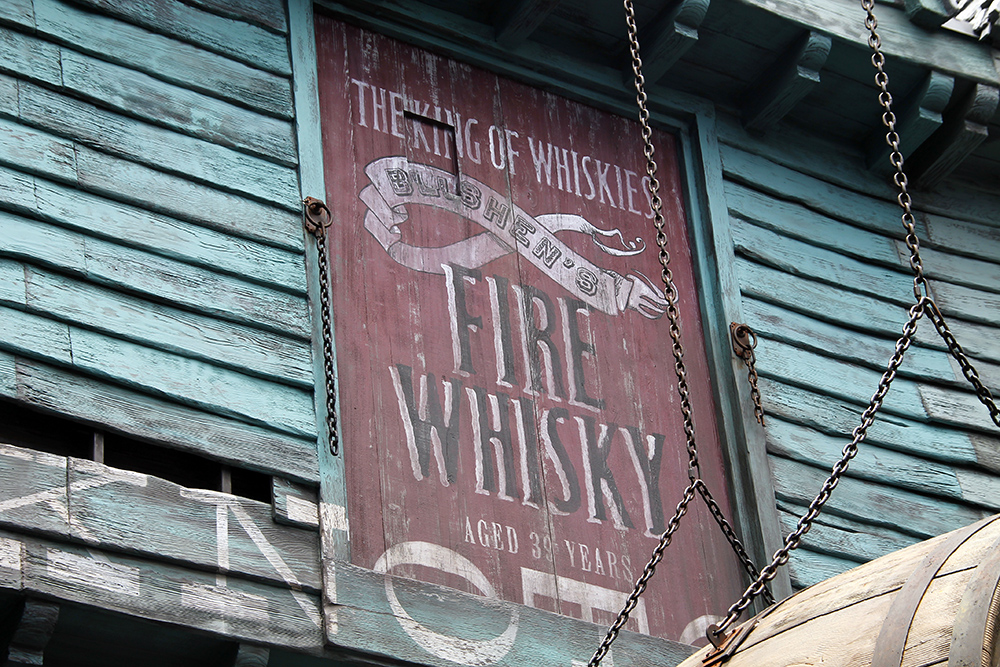 Leaky Cauldron and Hogshead now have FIRE WHISKEY. ask for it by name.

Add another signature alcoholic beverage to the menu at the Wizarding World of Harry Potter. According to many blogs and Twitter users, Fire Whisky is now available to both Hog’s Head Pub (Hogsmeade) and the Leaky Cauldron (Diagon Alley) at Universal Orlando.

Here's your photo of the fire whiskey bottle. IT IS NOT FIREBALL. -Joe pic.twitter.com/ssU95tUC7J

Fire Whisky is a staple of the Potter universe. Its presence is mainly know in the Deathly Hallows. Fire Whisky is said to give anyone who drinks it an overwhelming sense of courage to go along with it’s “burning sensation”. This is just another step by Universal Orlando at providing its parkgoers with some of the finest original food and beverage options themed to its properties.

Fire Whiskey is NOT a fireball clone. I've been bewitched! pic.twitter.com/uN7dnYcv9g

Fire Whisky can be purchased as a single, double or mixed with pear or apple cider at Leaky Cauldron. It can be mixed with Strongbow at Hog’s Head pub. It is a permanent addition to both parks.

For more on Fire Whisky this weekend, be sure to check out our good friends on Twitter: Parkscope, Poor Judgement Crew & Megadis13