Another long-standing restaurant is set to close at CityWalk, as it was announced that Emeril’s Orlando will be closing this year.

First reported by the Orlando Sentinel, the final day of operation will be July 7.

The high-end restaurant, which is operated by celebrity chef and Food Network star, Emeril Lagasse, opened with CityWalk in 1999 and was one of the last original opening day locations left.

This is the 2nd restaurant owned by Emeril that has closed at the Resort in the past year. Emeril’s Tchoup Chop, which was located inside Loews Royal Pacific Resort, closed on Dec. 31, 2017.

There is no information as to what will be replacing both locations. 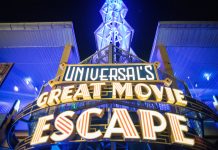