What a year 2021 has been! After taking last year off for obvious reasons, Universal Studios Hollywood reopened after spending most of 2020 closed. While it wasn’t as eventful as other years, there were still some notable happenings around the destination as the park started getting closer to some semblance of normalcy.

So let’s take a look at the Top 10 Stories from Universal Studios Hollywood during 2021. 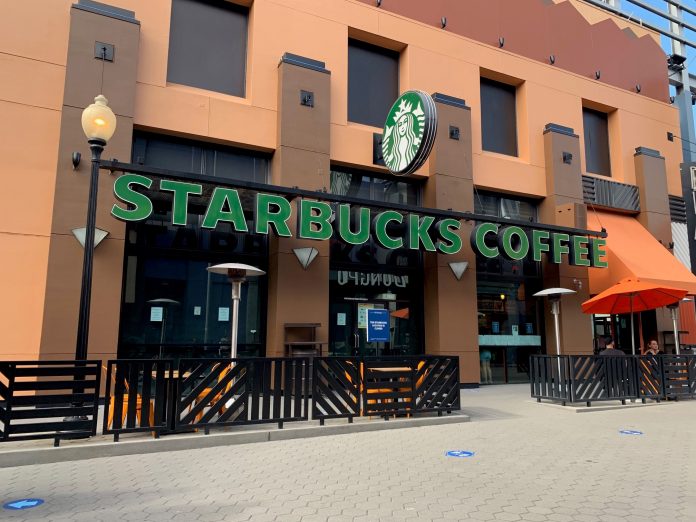 We’ll start off the list with a surprising closure, as the Starbucks in CityWalk Hollywood closed suddenly in April. Starbucks was one of many CityWalk locations to close this year but made the list since it came out of nowhere. The location reopened in late 2020 and everything seemed to indicate all was well. The good news is that we can still get our “Basic” on inside Universal Studios Hollywood as the in-park location remains open for all our PSL needs. Meanwhile, the location in CityWalk remains untouched. 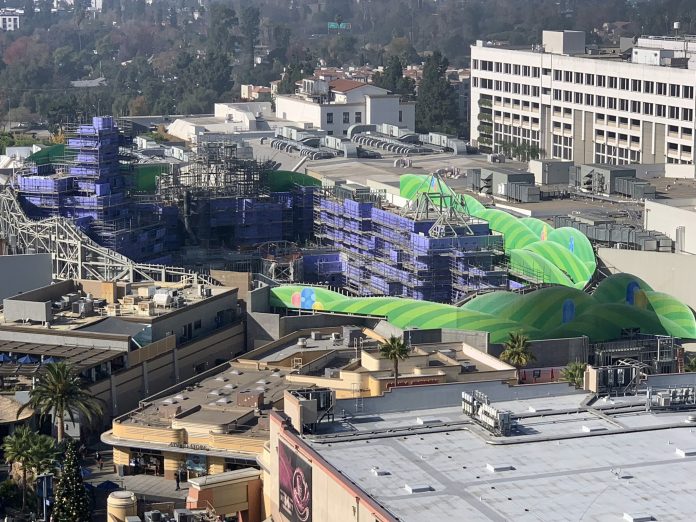 One of the worst-kept secrets around Universal was that Super Nintendo World was under construction in the Lower Lot. The project was making headway, and, well, 2020 happened. As with most projects in the industry, construction slowed, eventually coming to a stop. As we entered 2021 and the park reopened, construction started to ramp up – where we even got an “official confirmation” on a construction wall.

We’re still in the dark about details, including an opening timeframe – but the land is slowly starting to resemble what we’ve seen over at Universal Studios Japan’s recently-opened land. 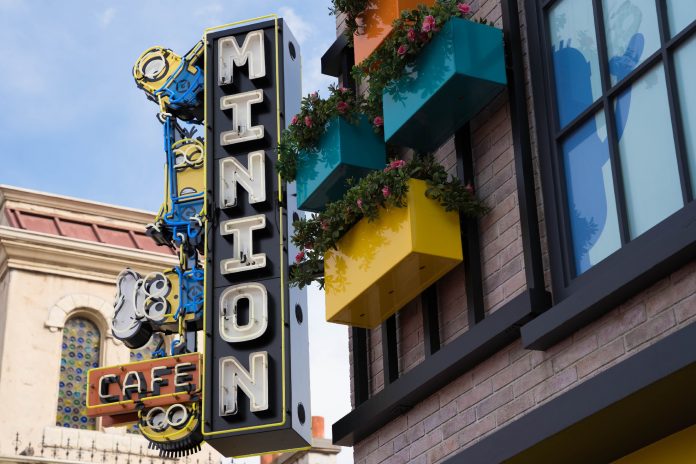 One of the first new additions of the year was Minion Café, which guests were able to check out during the “Taste of Universal” event. Replacing “Gru’s Lab Café”, the new quick-service spot features a vibrant, retro-style brick exterior with cute murals based on the beloved characters and locations from the source films painted all around – bringing a new element of life to the Super Silly Fun Land area of the park. 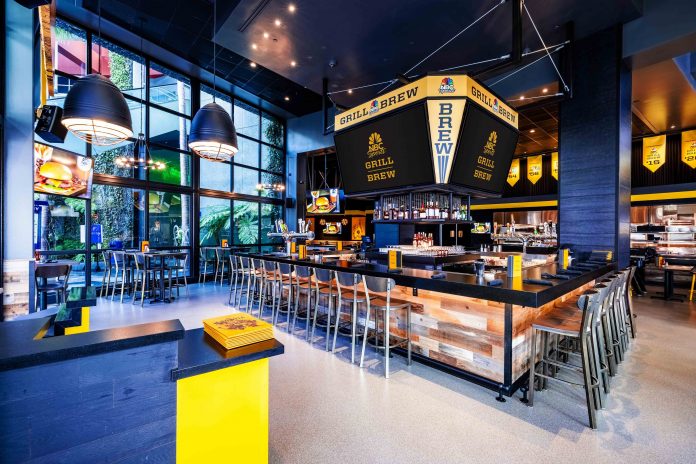 After being delayed for a year, NBC Sports Grill & Brew finally opened at CityWalk Hollywood in July. The restaurant is an original venture from Universal, first opening in CityWalk Orlando back in 2015, and features a menu curated by Universal Studios Hollywood’s Executive Chef Marie Grimm, covering all the bases by providing a fresh take on traditional pub fare, including tasty appetizers, flavorful sandwiches, burgers, fresh salads, hearty grain bowls, and indulgent desserts.

The restaurant also features a full bar and an extensive selection of over 40 beers, including the 862 as an IPA or seasonal draft custom-made to the Universal CityWalk Hollywood location.

Now hopefully we can get some information on Toothsome Chocolate Emporium, which seems to be in purgatory. Karen Irwin became president of Universal Studios Hollywood in November 2016, where she has overseen tremendous growth and led Hollywood’s development and opening of The Secret Life of Pets: Off the Leash and the redo of Jurassic World: The Ride. 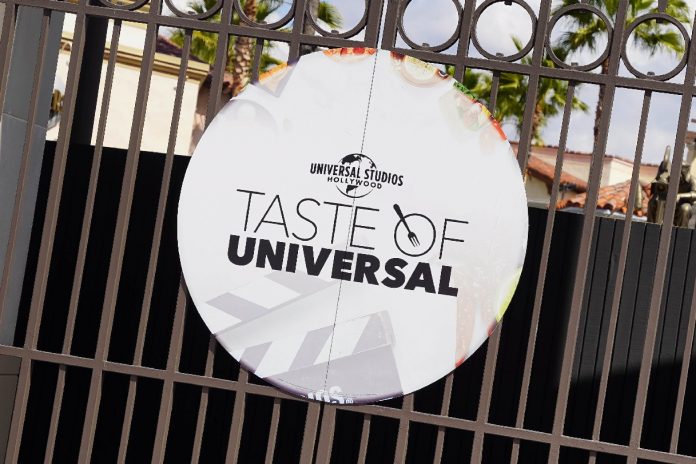 5. A Taste of Universal

After a year of being shut down, Universal finally gave fans a literal “taste” of the park with their inaugural food tasting event, Taste of Universal – marking the first time guests were able to step foot inside the park since March 14, 2020.

Running on weekends, the event allowed guests the opportunity to walk through the Upper Lot of the theme park – as well as down the first Starway escalator for a beautiful view of Los Angeles – shop at many of the available stores, and enjoy up to five different food offerings from select locations.

For California residents, this was the first step back into some normalcy. With capacity limitations in place, crowds were relatively light. As restrictions lessened, guests were able to start experiencing some regular park operations – eventually being able to enjoy attractions. 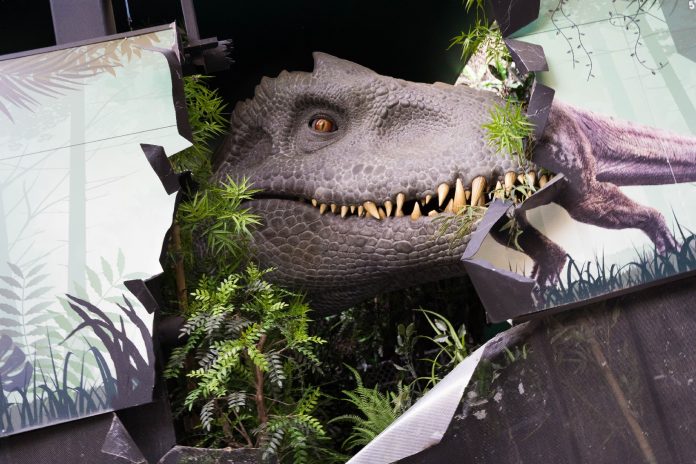 It’s not often that a theme park makes drastic adjustments to a new-ish theme park attraction. So it was quite an awesome surprise when Jurassic World: The Ride reopened with newly-updated scenes, including the new finale featuring the incredible Indominus Rex animatronic.

Predator Cove received a massive reworking, ditching pterodactyl corpses and now featuring a destroyed Gyrosphere vehicle, and the return of the Compies playing tug-of-war with a hat.

The big change was the finale, specifically right before the drop, which features a truly impressive Indominus animatronic. Universal states that the fully-articulated lifelike Indominus spans nearly 55 feet horizontally from head to tail and over 22 feet vertically, amplified by the fluidity of her motions and synchronized movements that deliver an unprecedented level of authenticity. 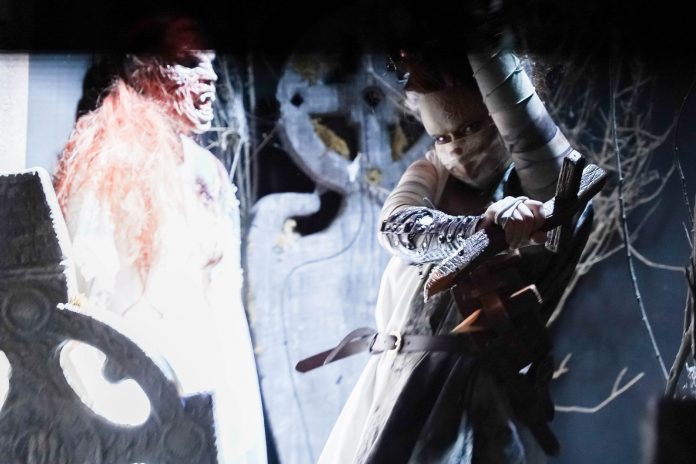 Sure, the Holidays and Grinchmas returned, but nothing holds a candle to Halloween Horror Nights as the big event returned to Universal Studios Hollywood. Though the event had to make adjustments with some noticeable cuts, fans and casual attendees alike undoubtedly enjoyed that feeling of being back at Halloween Horror Nights and walk through mazes and scare zones.

This year’s lineup features five returning mazes – The Texas Chainsaw Massacre, The Exorcist, Halloween 4: The Return of Michael Myers, The Curse of Pandora’s Box, and The Walking Dead Attraction – alongside two new additions – The Haunting of Hill House and Universal Monsters: The Bride of Frankenstein Lives. The fan-favorite Terror Tram has also returned, themed to “The Ultimate Purge” in a similar fashion to 2015’s.

There’s nothing that compares to that feeling in the Fall of enjoying that HORRAH NITEZ fog smell. 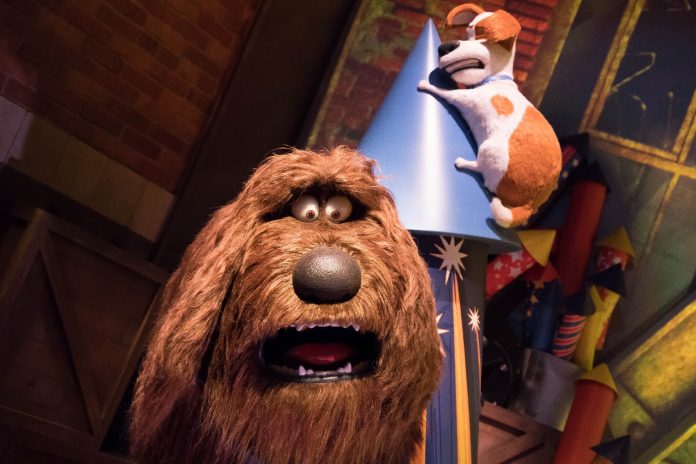 2. Secret Life of Pets: Off the Leash Opens

Hollywood’s new ride was ready to go. An opening date was set, media previews were held, and the attraction was extremely close to having a soft opening preview.

Flash forward to 2021 and as soon as the park began to open back up, The Secret Life of Pets: Off the Leash officially opened!

A grand total of 64 animatronics bring the cute and cuddly characters voiced by their same respective actors from both of The Secret Life of Pets films – including Max, Snowball, Buddy, and Gidget – to life for audiences of all ages to see and enjoy.

As our review stated, it is one of the best additions to the theme park in recent history, as the park has very much been lacking a family-friendly, non-screen reliant dark ride.

I mean, what else could it have been?

After being officially closed for 396 days, guests were able to walk under the arches and once again enjoy Universal Studios Hollywood.

For theme park fans, this provided a cathartic release after being on lockdown for so long, especially in California. Sure there were bigger, more important things at play; but to many – theme parks provided joy through escapism. A chance to relieve stress and leave all your cares at the gate entrance. The pandemic affected all of us in different ways, but on April 15, we were able to enjoy our hobby again that we took for granted for so long.