November 9, 2014 – Hollywood Photoland has closed and relocated to the Amazing Pictures New York street location as Universal seeks to expand the Universal Studio Store, Inside Universal has learned. This is following shortly after the closure of Universal’s House of Horrors, which closed its doors on September 1, 2014 after a seven year run in Universal’s Stage 13 location.

Hollywood Photoland – Universal’s photography center – was located between Universal’s House of Horrors and the Universal Studios Store. It opened in December of 2006 after replacing Frank ‘N’ Stein, a restaurant popular for its menu of hot dogs and beer. Since then, Hollywood Photoland has served as the primary location for guests to collect their photos taken by photographers throughout the park, and as the central hub for Amazing Pictures and Colorvision (Universal’s contractor for all photo-related functions).

While no official plans have been announced by Universal, the closing of Hollywood Photoland is likely to be a part of Universal’s overall efforts to create a more cohesive entrance from the arch leading to Universal Plaza. With this location no longer in use, the Universal Studio Store now has the ability to expand as part of Universal’s new shopping, entertainment and food venue. 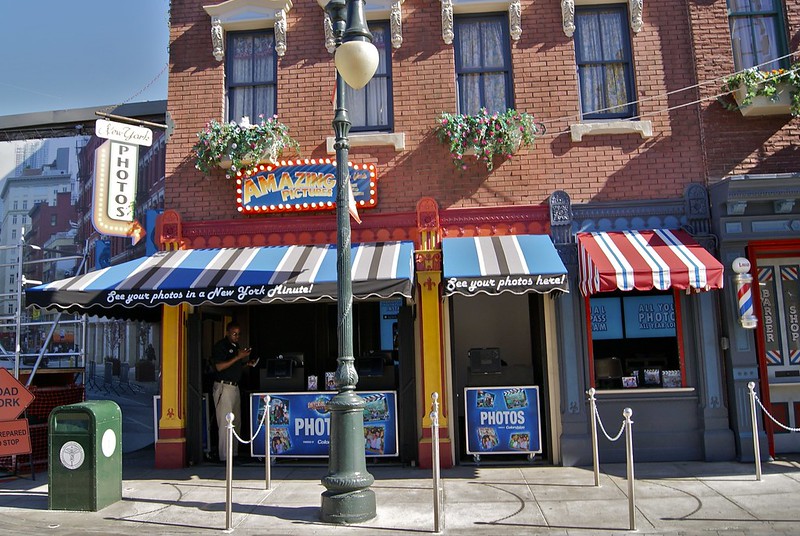 Once finished, this newly created entrance should provide guests a place to shop and dine in between rides and attractions and as part of Universal’s ongoing efforts to revitalize the park’s infrastructure in preparation for the Wizarding World of Harry Potter. The date for this project has not yet been confirmed.